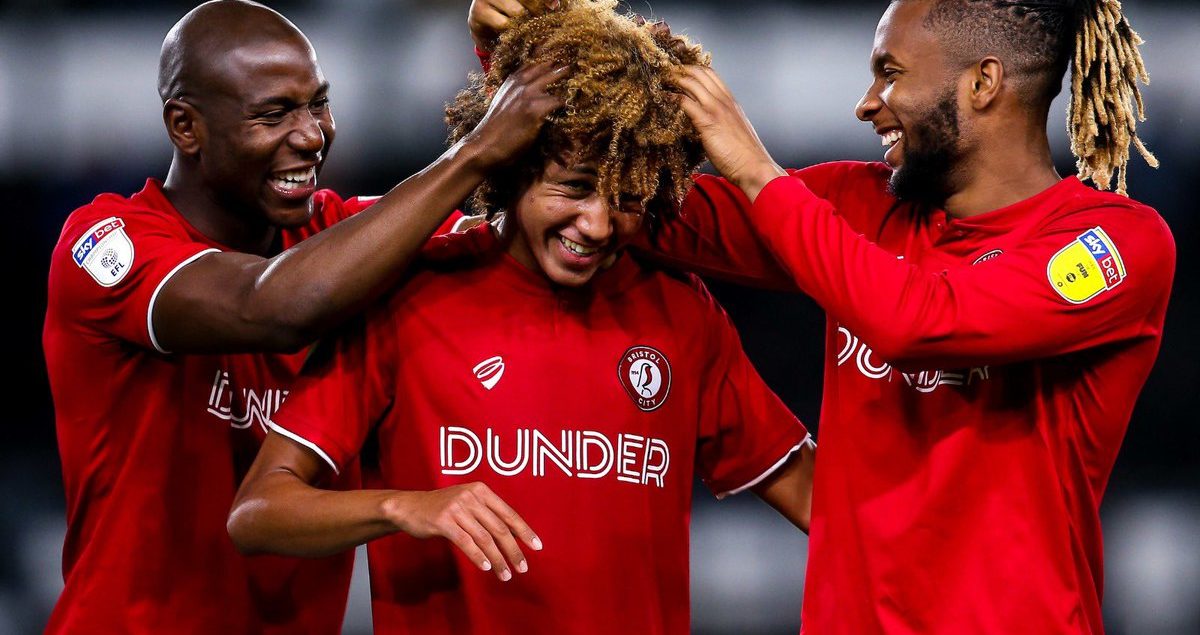 The Championship is a goldmine for young talent and the league keeps on churning out fantastic youngsters at an exceptional rate. The likes of Che Adams, Ezri Konsa, Lloyd Kelly and Daniel James made the step up to the Premier League in the summer and many more will follow suit in the coming transfer windows. As foreign imports increase in price, more and more clubs will turn to the lower domestic leagues to discover young talent. Here are five excellent u21 players in the Championship  that are destined for the Premier League at some point in their career. Please note that loan players were not counted in this list.

Eberechi Eze bounced around various London football academies in his youth, spells with Millwall, Arsenal, Fulham and Reading ended in disappointment for the attacking midfielder. Eze eventually found a home at Queens Park Rangers and has been a sensational pickup for the Rs. He made his first team debut just five months after signing and joined Wycombe Wanderers on loan for the first half of the 2017/18 season. Eze caught the eye during his time in League Two, netting five goals, and was subsequently a stalwart in Ian Holloway’s QPR side for the remainder of the Championship season. 2018/19 was the England u20 international’s first full season in the Championship and whilst he was only directly involved in 8 goals, he did quite well in an inconsistent QPR side. After taking a while to find his feet, Eze has flourished at Loftus Road this season, recording six goals and four assists in just fifteen games.

An incredible individual performance vs Hull City went viral and showed the world what Eze is capable of. Whilst he is naturally a “number 10”, the playmaker has operated on either flank so far this season and most of his success has come on the left wing in a 4-2-3-1 formation. Eze dribbles with ease, draws fouls well and can pick a killer pass. He is playing with a nonchalant swagger this season and is arguably QPR’s most skillful player since the Moroccan starlet Adel Taarabt lit up west London. After a turbulent youth career, Eze has settled well at QPR has made a great start to this season. It is only a matter of time before a Premier League club picks up this flairy playmaker.

Jude Bellingham is the latest talent to emerge from Birmingham City’s rather productive academy system. Bellingham, who only sat his GCSEs this summer, has broken a plethora of club records since the start of the season. He’s become the club’s youngest ever player, youngest ever starter and youngest ever goalscorer all within the space of a month. After being eased into the first team squad, Bellingham has now established himself at the heart of Birmingham’s midfield which is remarkable considering he’s only just turned sixteen. Stellar performances against Middlesbrough, Charlton and Luton have propelled him into the limelight.

As well as catching the eye with his performances at club level, Bellingham has captained various England youth sides and won ‘Player of the Tournament’ in the Syrenka Cup with England u17s. Whilst Bellingham is definitely not the finished product, he is showing a huge amount of promise. The athletic teen doesn’t shy away from tackles despite his age and has an impressive arsenal of tricks and flicks up his sleeve. He also possesses great composure for his age and knows when to release the ball. European giants such as Bayern Munich, Manchester City and Arsenal have all taken an interest in Bellingham of late but he believes that St Andrew’s is the best place to aid his development right now. He is a Brummie living his dream, playing week-in, week-out for his boyhood club. Jude Bellingham is one of the most talented young English players around and his ceiling seems infinite. Whilst the top European clubs may be where he’s headed, Birmingham City is the perfect place for him right now. He is destined for the top leagues but needs to remain humble and keep on plying his trade at Birmingham for the time being.

Jayden Bogle is now a consistent performer in Derby County’s first team which is an impressive feat considering his age. Bogle first joined Derby after spells with the youth teams of Reading and Swindon Town. The agile right-back managed to jump the gap between youth and senior football at the start of the 2018/19 season under Frank Lampard. Bogle was one of the standout players in that youthful Derby side that made the play off final and made the second most appearances. He also beat the likes of Mason Mount, Fikayo Tomori and Harry Wilson to the “Derby County Young Player of the Year” award. Bogle was directly involved in nine goals over the season which was a sensational return from right-back.

A bitterly disappointing play off final defeat and the introduction of a new manager hasn’t hindered Bogle’s form as he’s racked up three assists in nine games. Whilst the Rams aren’t doing as well as last season, Bogle is still impressing scouts across the country and links to Premier League Clubs just won’t die down. Whilst he is prone to an error now and again, it seems like he is ready to make the step up and Bogle would be a useful asset to many Premier League clubs.

Nathan Ferguson has made the transition from West Brom’s academy to the first team look easy this season. Ever since the versatile defender made his debut on the opening day, Ferguson has been a constant in the Albion defence. Despite mainly operating as a centre-back in his youth career, Ferguson has been deployed as a fullback on either flank by Slaven Bilic this far, highlighting his versatility. He first broke into the team as a right-back but then switched over to the left to cover for the injured Kieran Gibbs. The fact that Ferguson managed to keep Gibbs out of the team when he recovered from his injury speaks volumes about his talent.

Ferguson is athletic and powerful, posing as an offensive threat while also remaining solid at the back. His introduction into the first team has coincided with West Brom launching an early promotion push and the Baggies look like they have a great chance of returning to the Premier League. Despite the prospect of playing Premier League football next season, Ferguson’s future at Albion is in doubt as his contract runs out in June. European heavyweights such as Juventus and Atletico Madrid have reportedly been monitoring the young defender but it seems like he will sign a contract extension at The Hawthorns in the near future. The West Midlands is the best place for Ferguson to develop as he aims to help get his hometown club back to the Premier League.

Han-Noah Massengo seems like an absolute steal for Bristol City. The Robins bought Massengo from AS Monaco this summer for just £2.7M. The French midfielder had already played three times for Monaco, including a cameo in the Champions League which made him the first player born in the 21st century to appear in the competition. Understandably, his move to Ashton Gate was met with a few raised eyebrows but he’s done well during his time in England. Massengo reads the game superbly and has great tactical awareness, causing people to draw comparisons to Luka Modric. He was originally brought in as a replacement for the Cardiff-bound Marlon Pack and already looks like a huge improvement on him.

Bristol City play attractive football, have an intelligent manager and boast a squad of immense talent so it seems like Massengo will excel during his time in the west country. Whilst I don’t expect him to make a huge impact straight away, the 18-year-old is definitely worth keeping an eye on. Arsenal are already linked with the “next Guendouzi” and many other clubs will be circling him in the coming seasons.