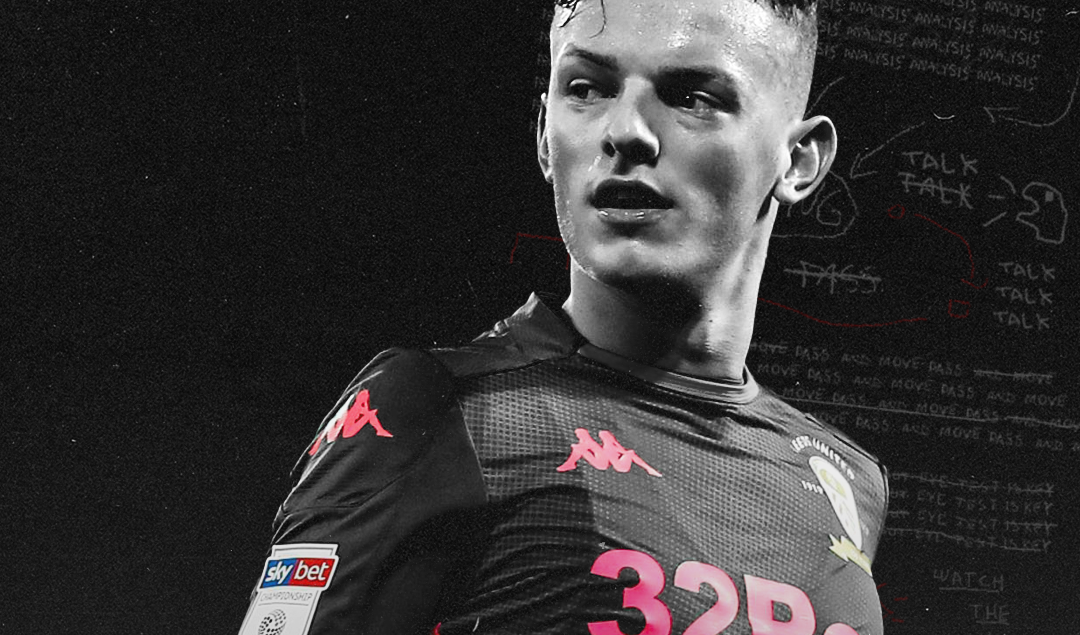 On 1st July 2019, Brighton and Hove Albion’s Ben White was loaned out to Leeds United for the duration of the 2019/20 season. From the offset, the 22-year old center back proved to epitomize ‘Bielsaball’ and went on to play every single game in Leeds’ outstanding promotion campaign, proving to be arguably the most consistently excellent performer over the The Peacocks’s 46-game season.

This has since led to much speculation over his future with the Yorkshire side entering the transfer window desperate to land the Englishman’s signature on a permanent basis, despite Brighton manager Graham Potter insisting that White will remain a Seagulls player.

However, it has taken three loan moves to the lower leagues for the Brighton hierarchy to unwrap White’s talent and potential and he was somewhat of a forgotten man before his outstanding season in Yorkshire. White is now reportedly valued at £30 million with Liverpool, Chelsea and Leeds showing interest and a promising Premier League campaign next year could prompt an England call-up.

According to Sky Sports, Leeds have had two bids of £18.5 million and £22 million rejected, but with White reportedly rejecting two contract extensions, Brighton may be forced to cash in on him soon before his contract expires in 2022.

White was born in Poole, England and joined Southampton’s famous academy at the age of 8, but was released at 16. Despite this bad fortune, the youngster attracted a range of interest from clubs and had trials at Leicester and Bristol City before opting to join Brighton.

He went on to make his professional debut in a 4-0 EFL Cup win over Colchester United in August 2016 but continued to play for the club’s U23 side for the remainder of the 2016/17 season, prompting a loan move to Newport County who were in League 2. 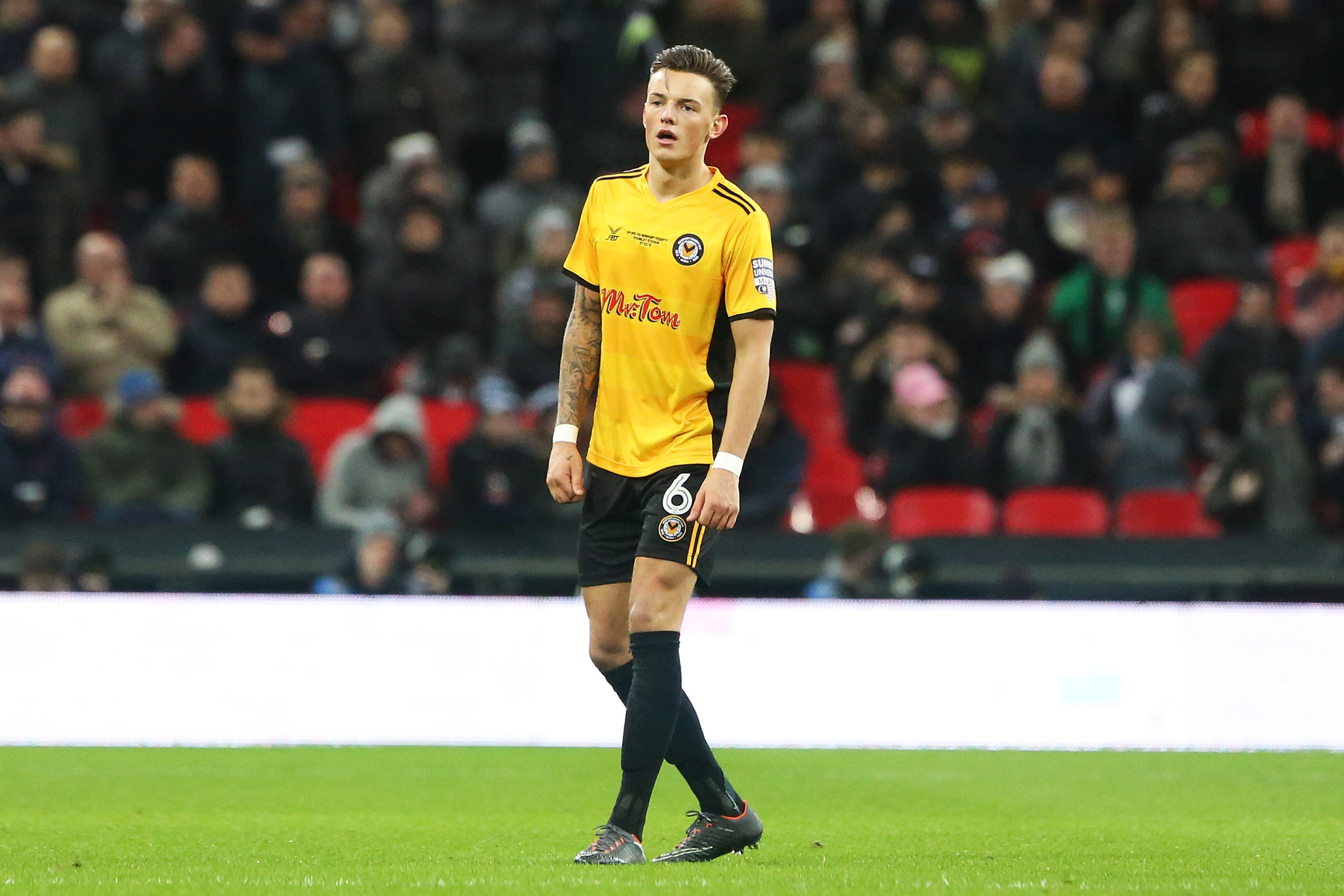 The Englishman thrived in Wales with manager Michael Flynn describing his year there as “the best loan signing the club has ever made.” Across the 2017/18 season, White made 49 appearances including 5 in an impressive FA Cup run which was The Exiles’ best run since 1979 and was only ended in a 4th round replay defeat to Tottenham Hotspur following a 1-1 draw where the then 20-year-old White managed to keep the prolific Harry Kane quiet.

White’s impressive season for The Ironsides meant that he won the South Wales Argus Player of the Year Award for Newport and returned to Brighton at the end of the season. He saw his loan move as a great experience stating that he “loved playing for Newport.”

“I loved the idea of playing competitive matches when the result really mattered. Nothing beats that winning feeling. You don’t always get that in under 23 football.”

After his positive loan move he signed a contract extension at Brighton and the then-manager, Chris Hughton, sought to use White as his fourth choice centre back for the 2018/19 season behind Lewis Dunk, Shane Duffy and Leon Balogun.

However, White failed to make a single Premier League appearance in the first half of the season and was confined to the U23s where he made regular appearances. To gain more first team experience, White was once again loaned out, this time to the League One outfit, Peterborough United for the second half of the 2018/19 season.

White went on to make 16 appearances for The Posh in the second half of the season and was described by the manager, Steve Evans as “a top-class player.” His time at both Peterborough and Newport caught the eye of the eccentric Leeds United boss, Marcelo Bielsa going into the 2019/20 season.

Before White’s arrival in Yorkshire, The Peacocks had lost the talismanic Pontus Jansson to promotion rivals Brentford and needed the right kind of centre half to plug the hole which the Swede had left behind. Bielsa and his analysts hence looked at centre backs who had performed well in League One the previous season, noticing that White stood out in terms of dribbling and passing, which is a trait that defines a centre back suited to the Argentine tactician’s style of football.

At Peterborough, White was often able to create better angles for passes by gliding forward, removing opposition players from the game. Likewise, as an effective passer, League One teams often tried to aggressively stop White’s distribution, giving him the platform to dribble past his oncoming opponents.

Before the 2019/20 Championship season, Bielsa planned for Leeds to have the majority of the possession and this was certainly seen with The Peacocks enjoying 59% possession over the season. However, Bielsa didn’t want this high amount of possession to become stagnant and saw White as a crucial counter to this.

Over the course of the season, White proved to be a fantastic passer and was able to spray the ball forwards on many occasions. He completed 85% of his passes while averaging 57 passes every game. The Englishman has probably outweighed everyone’s expectations and has been a key cog in Leeds’ defensive solidity which is highlighted by the 22 clean sheets which they kept.

The West Yorkshire outfit have also conceded just 30 goals in the league across 46 games. White stands at 6”1 and wins over 50% of his aerial duels and has proved to possess the pace and positional awareness to succeed in the Premier League and beyond. This positional sensibility allowed Bielsa to push his fullbacks forward and Luke Ayling thrived in a more attacking role as a result.

White’s outstanding 2019/20 campaign was marked by the August PFA Player of the Month award, the Championship Best Young Player Award, and he was part of the Championship Team of the Season while Gareth Southgate went to watch him and his Leeds United teammate Kalvin Phillips in January 2020 showing that an England call up could be on the cards soon.

His loan spell has since ended and at the time of writing it looks like White will probably be playing for Brighton next season due to the Seagulls’ high valuation of the 22-year old defender. Graham Potter has tended to play a back three during his time on the South Coast meaning that White will probably slot into a defence where he is surrounded by Lewis Dunk and Joel Veltman (after the Dutchman signed for just £900,000 last week) and he can add fluidity and pace to the Seagulls’ back line which can propel them up the table.

Furthermore, due to the poor form of Harry Maguire and John Stones, England are in desperate need of a strong centre back partnership before Euro 2021. Joe Gomez, Fikayo Tomori and Japhet Tanganga have all shown promising signs but like White are all still young. White possesses a unique skill set that England could use for years to come and he could be an excellent option for Gareth Southgate.

Ben White was loaned out to League 2 followed by League 1 and then the Championship and now looks set to become one of England’s best centre backs in the Premier League. He is the epitome of a modern ball playing centre back and is able to combine his immense dribbling and passing skill set to act as a defensive playmaker.

Last season, White proved to be a metaphor for Marcelo Bielsa’s time at Leeds United through his daring nature and adequate passing technique which represents Bielsa’s desire for possession. Next season, White will face the toughest test of his career but if this season’s anything to go by, then England and Brighton have an incredibly exciting young centre half on their hands who can make it at the very top level.