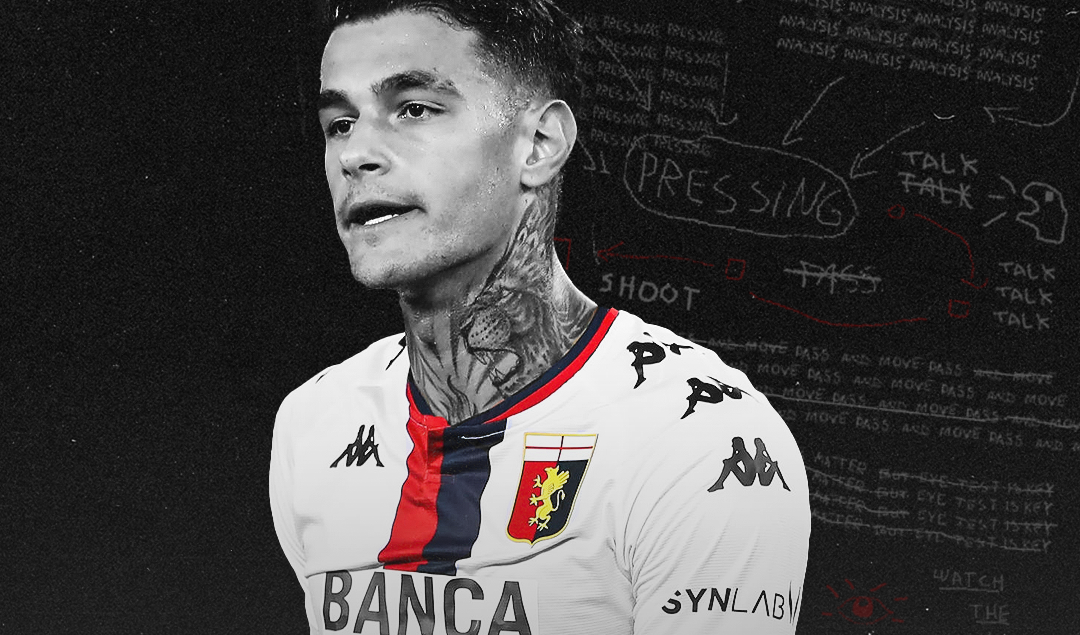 Aspiring footballers in Italy find it tough to break through at senior level, and with Italian coaches having the preference for established stars or experienced heads, looking for that valuable playing time can be hard and disheartening.

In January 2015, a 16-year-old striker named Gianluca Scamacca left the Roma youth system and joined PSV Eindhoven, staying in the Netherlands for two years. His form with the Giallorossi attracted the attention of the Dutch giants, scoring an incredible 34 goals in just 30 games in the Giovanissimi Nazionali. After that sojourn with the Boeren, he was brought back to Italy by Sassuolo in January 2017 for a reported figure of €500,000.

Scamacca has been touted as one of Italy’s most promising football talents in recent years but this season is his first genuine chance to demonstrate his worth in Serie A. Compared to Swedish great Zlatan Ibrahimović for his technical ability despite his height, the Roman native is a player who can serve as a target man and not just a pure finisher.

The 21-year-old has joined Genoa on loan from Sassuolo and it is another spell away from his parent club to get experience. So far, he has made an impressive start, scoring four times in as many games with the Grifone. 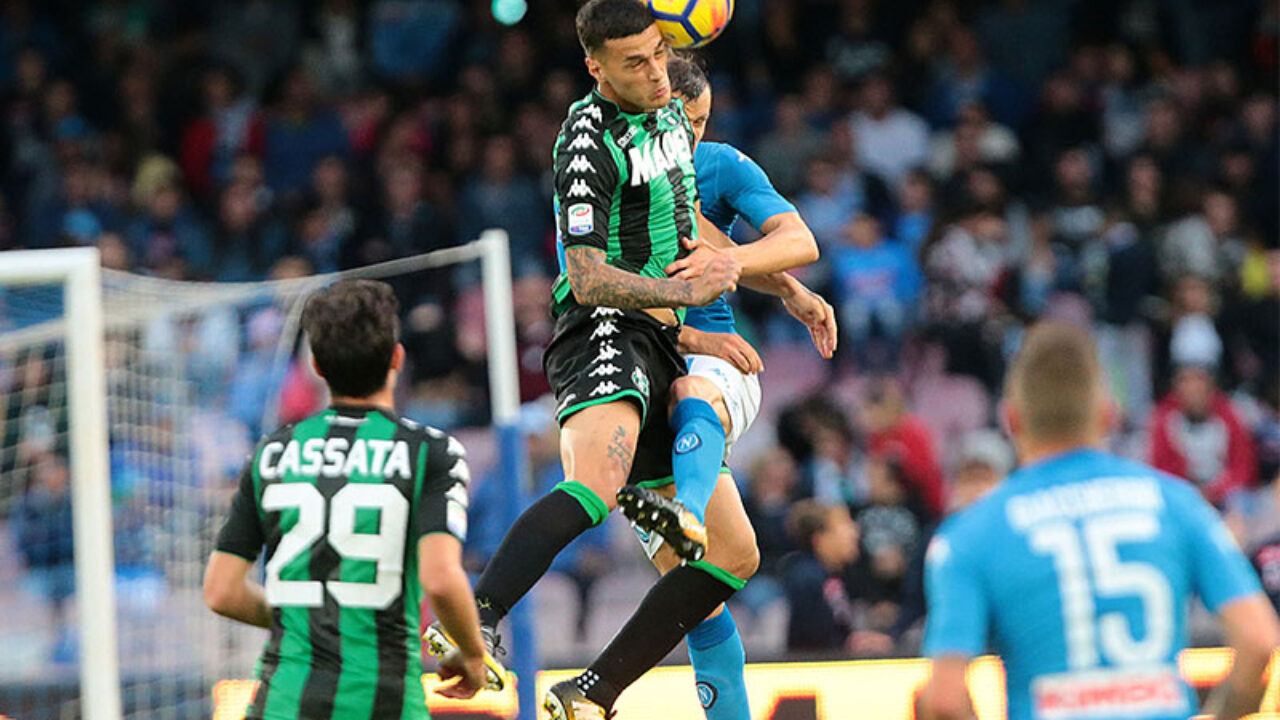 Although Sasol have an indisputed ability to nurture Italian talent, Scamacca has been loaned out multiple times since he was purchased from PSV Eindhoven. With Francesco Caputo being the undisputed first-choice striker and Giacomo Raspadori his understudy, it meant that the Roman attacker needed to go elsewhere to find much-needed playing time.

Scamacca was the hero for Sassuolo’s primavera team when it won the 2017 Viareggio Cup against Empoli. When the Neroverdi were 2-1 down with 11 minutes to go, the Roman equalized with a header, and then he scored the winning penalty as Sasol triumphed 4-2 in the shootout.

Promoted to the senior squad for the 2017/18 campaign, the young forward only played three times in Serie A and he was sent on loan to Serie B club Cremonese for the second half of the season. Unfortunately, he failed to impressed and scored just the solitary goal in 14 matches with the Grigiorossi. Worse was to come in 2018/19, when Scamacca returned to the Netherlands for a loan stint at PEC Zwolle. He failed to score in 10 competitive appearances and he also suffered a knee injury.

The Roman striker was sent back to Sassuolo for the remainder of the season, and despite not featuring for a single minute with the senior squad, he did score four goals in five games with the primavera team.

For the 2019/20 season, Sassuolo sent Scamacca on loan to Ascoli. It proved to be a campaign in which he produced quality performances at senior level, scoring 13 goals in 35 competitive matches. Nine of those goals came in Serie B and he found the back four times in just two Coppa Italia games, finishing as leading goalscorer with Carpi striker Michele Vano.

His form was that good, speculation had linked the starlet to a transfer to Portuguese giants Benfica in January, but the Neroverdi refused. The Eagles reportedly offered €10 million plus add-ons.

Another Portuguese side SC Braga was linked with Scamacca in August and the apparent deal was expected to be a loan deal for €3 million with the option to be bought outright for €25 million. That too came to naught. 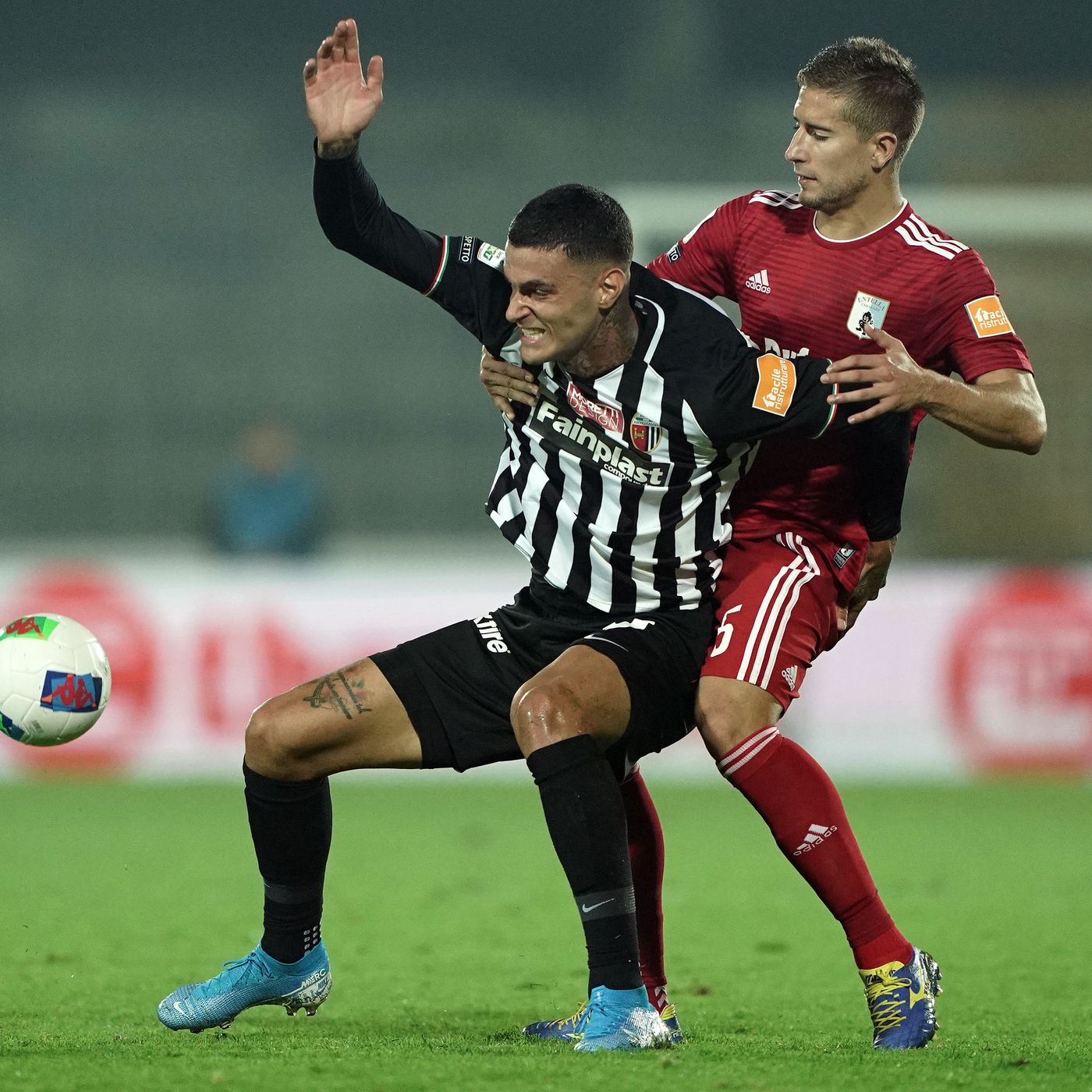 Under manager Rolando Maran, Genoa has played predominantly in a 3-5-2 formation so places in attack are limited. Goran Pandev and Marko Pjaca are the two main options in the support striker role but there hasn’t been a clear choice as yet at center-forward.

Mattia Destro starred in the 4-1 victory against Crotone in the opening round but it seems like a one-off performance and new signing Eldor Shomurodov from Russian club FK Rostov has sustained a muscular injury. This scenario has allowed Scamacca to make the most of his opportunities and he has demonstrated his finishing qualities early on.

He grabbed a brace in a 2-1 victory against Catanzaro in the third round of the Coppa Italia, but his first goal for the Ligurian club came in the match that arguably means the most to Rossoblu fans, the Derby della Lanterna against Sampdoria in Week 6 of Serie A.

The Blucerchiati were 1-0 up after 23 minutes thanks to a wonder strike from Jakub Jankto but it took Scamacca just five minutes to level the scores with an angled drive on the right foot. He scored a similar goal in Il Vecchio Balordo’s 2-1 defeat to Torino but it was nothing more than a consolation.

Despite his height, only one of those four goals has been scored with his head, and he has showed that he has clean ball use with his feet. He almost assisted emerging midfielder Nicolò Rovella in the Genoa derby with back-heel despite the presence of Sampdoria defenders nearby.

From the Under-15s upwards, Scamacca has represented Italy at every youth level having scored 31 goals in 73 youth internationals so far, and he provided two assists in five games at the 2019 FIFA Under-20 World Cup.

Paolo Nicolato has coached the Roman in various Italy youth squads including the Under-20 team and he has made the giant striker an important part of his Italy Under-21 squad. The 21-year-old has had to face competition from the likes of Moise Kean and Patrick Cutrone has found the back of the net four times in nine matches.

The two aforementioned strikers have been selected for the Azzurri squad by Roberto Mancini, but this bright start for the Grifone starlet should put him in consideration, especially if it this prolificacy can be sustained. Scamacca has had some ride trying to establish himself as a Serie A footballer but earning playing time at Genoa can be the catalyst to kickstart a potentially exciting career.