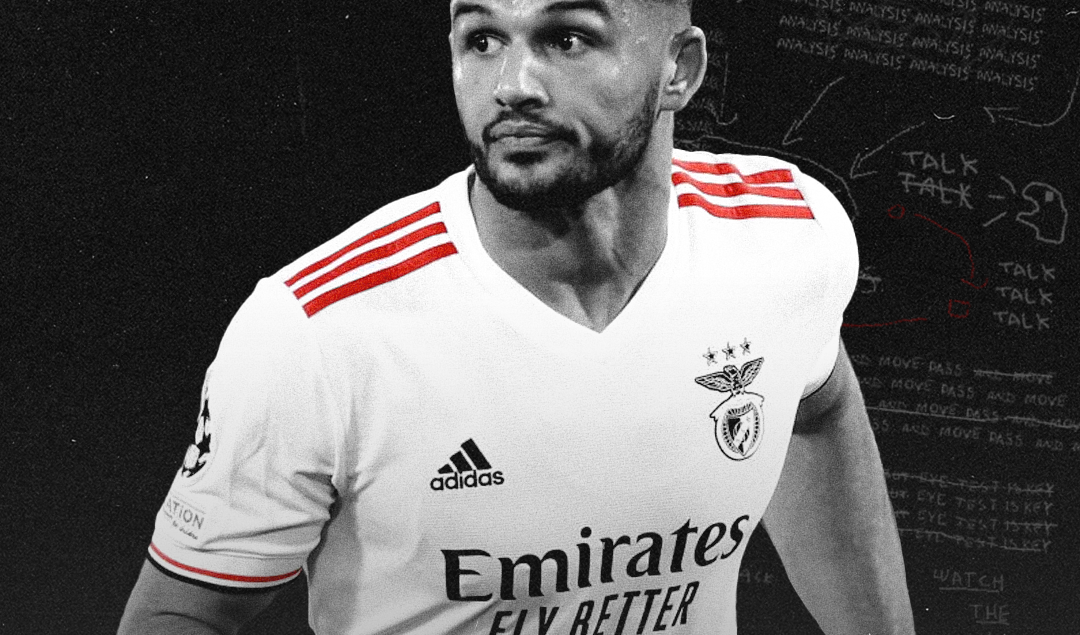 At 21 years of age, Gonçalo Ramos is the latest Benfica striker that is attracting interest from various Premier League sides and other European giants. Following the departure of Darwin Núñez to Liverpool, the forward has already bagged goals including a hat-trick in the Champion League.

Ramos came through the youth setup at the Portuguese club and joined Benfica as a youngster in 2013. In the B team, he scored 15 goals in 37 games which promoted the promotion to the first team. He has also played for the U-21 international team and is looking to follow in the footsteps of some of the greats who have played as a forward with the club such as Núñez & Raúl Jiménez who made their move to the Premer League some years ago.

Ramos is a forward who fits the profile of a modern striker in terms of his work rate. He presses with intent and is not afraid to put himself about against the opposition. Ramos likes to link up with the midfield and makes proactive movements which always can put a striker in a goal-scoring position more often rather than standing around and waiting for the service.

He is just over 6 feet tall, so he is able to get into an aerial duel with a defender and also appears to be strong physically. Apart from his superb goal-scoring ability that has seen him score 6 goals and 4 assists in the first 8 games of the season, some other impressive traits from Ramos that have stood out were his work rate and the way he links up with the midfield before making forward movements toward the goal.

Although we are early on in the season, we thought it would be good to see where Ramos ranks in terms of goals vs. Xg so far this season amongst other strikers who were U21 in all competitive leagues. This was also filtered out further such as games played and also minutes played to get a fairer comparison. 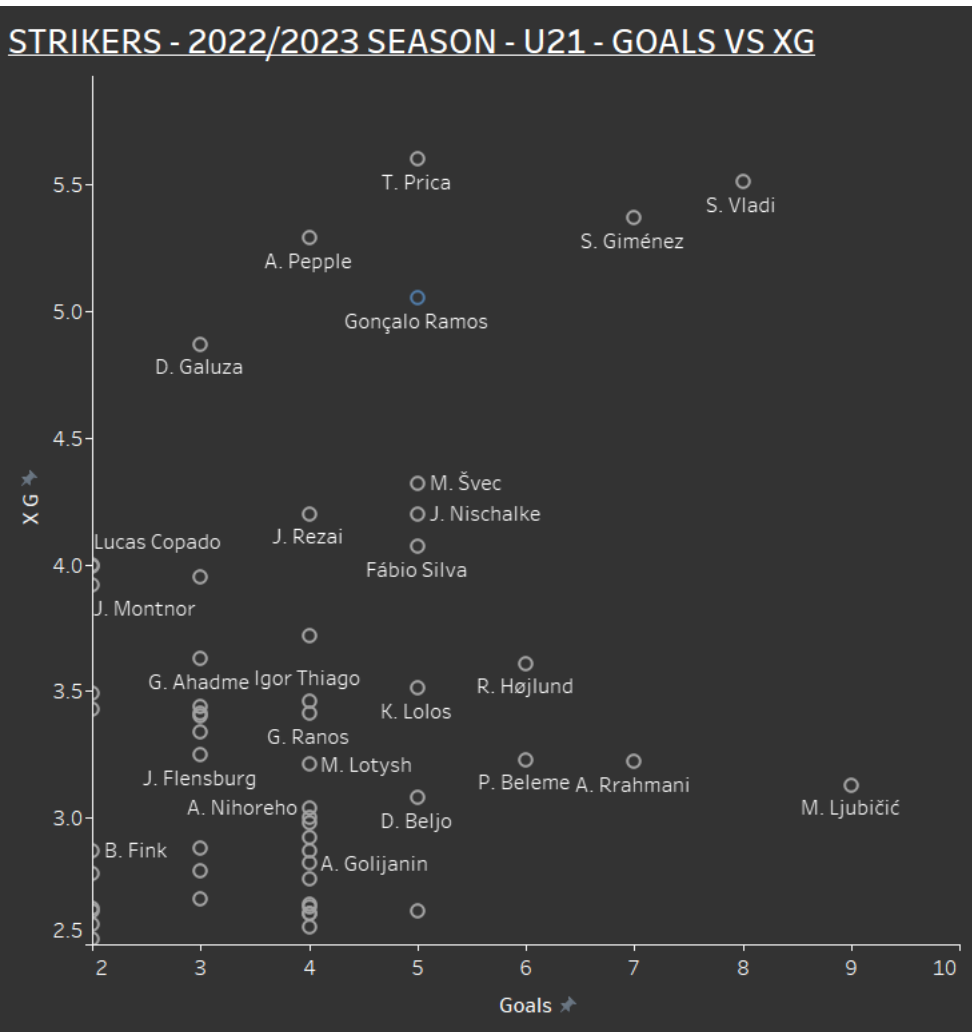 As we can see, Ramos is already up there for goals and expected goals so far this season in comparison to strikers under 21 years of age. In just 8 games in all competitions, he is already showing great promise and looks like he is already filling in the gap that was left since Núñez moved to Liverpool after finishing as the top scorer in the league.

In this section, we will look at some in-game footage that will build more of a profile of the player and link up well with the information provided above.

Here we can see that Ramos is pressing the opposition which ends up in a goal for his side as the defender makes a mistake that was caused by Ramos’s work.

In this video, we can see that Ramos is capable of using his height as an advantage as he latches onto a great cross to score for Benfica. As well as scoring with his feet, he can equally do this with his head which is a great attribute to have in the modern game for a forward.

We see that Ramos can score with his head but he is also able to create some magic such as this. Here he shows his composure in the box and how we were able to use his technique to get away from the defender and slot it in the goal.

In this video, we can see how Ramos links up well with the midfield and then makes a proactive run forward which unfortunately doesn’t end in anything but it shows his work off the ball and how willing he is to drive forward with pace.

This season for Gonçalos Ramos will be his most important yet in a Benfica shirt as he looks to be the main man up front this year. We suspect that teams all over will be monitoring the player over the season to see how he progresses. Whilst Benfica would love to keep hold of their star players, they know that when the Premier League come calling, it is hard to keep hold of them.

Ramos is a player who fits the profile of a potential great forward for a Premier League side and as long as he keeps up the good work and form then the summer of next year could be when clubs start to make serious inquiries. With a contract until 2026 and a release clause of €120 million, Benfica can keep hold of the 21-year-old for the time being, and they will be able to demand top dollar should a suitor emerge next summer.

Personally, Ramos has made a good call by staying put and having a full season to prove himself before any big moves happen. It will be interesting to see how things develop for the young man and as mentioned, there will be clubs monitoring him as the season progresses.