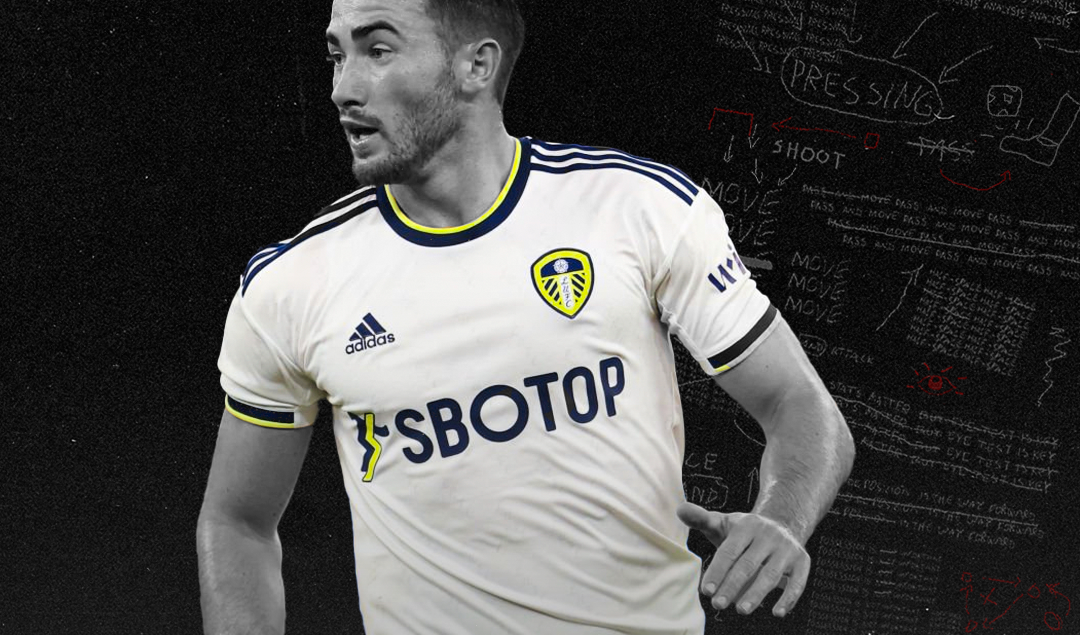 For Jack Harrison, the winger’s development has been a gradual process rather than a meteoric rise, owed largely to the manner he conducts himself on and off the pitch.

When the then-22-year-old joined the Whites on an initial season-long loan in 2018, the former Liverpool and Manchester United academy prospect was looking to make a name for himself in English football.

Harrison had taken the unusual step of quitting Manchester United’s academy aged 13 to pursue an alternative path into football stateside.

From playing collegiate soccer in America, newly formed MLS outfit New York City FC, part of the Manchester City conglomerate, were quick to snap up the English midfielder, with his debut coming in a 7-0 defeat to Jesse Marsch’s New York Red Bulls.

Leeds United’s Hunt for a Striker

His first season at Leeds saw the winger involved in 8 goals in all competitions across 42 games, as Leeds reached the playoffs. The following campaign, Harrison had a hand in 14 goals in his 49 matches, playing a crucial role as Marcelo Bielsa’s side were crowned EFL champions.

The upward trajectory in terms of output continued, as Harrison took to the Premier League like a duck to water, notching eight goals and eight assists across all competitions in the 2020/21 campaign. Last term, in Patrick Bamford’s prolonged absence, the 25-year-old, alongside Brazilian star Raphinha, stepped up, scoring ten goals including the last-gasp winner at Brentford to preserve the Whites’ top-flight status.

Between seasons has seen the winger put in the hard yards where others might not, notably working on his fitness and final product with various specialists and coaches. This determination and drive have seen the Stoke-born star go from a humiliating professional debut to being talked about as having a chance of making England’s World Cup squad.

Now playing for the American in West Yorkshire, mentioning the Hudson River Derby was the natural, if not embarrassing, icebreaker for Harrison. “He reminded me that that was his first game and I said ‘OK, we won’t talk about it!’,” Marsch explained.

Under the former Salzburg and Leipzig coach, Harrison’s game has altered from the touchline-hugging winger fans had become accustomed to seeing under Bielsa.

The 4-2-3-1 system that Marsch favours deploys three interchangeable tens in behind the striker, with Harrison often popping up centrally. This narrow style suits Harrison who, despite his flair and intelligence going forward, is no stranger to putting in a challenge where necessary. With pace, tenacity and quick feet, the midfielder put in a stellar showing in Leeds’ recent 3-0 dismantling of Thomas Tuchel’s Chelsea.

Tuchel’s excuses amazed fans and the press alike, with many suggesting Leeds’ work rate and hunger is what drove them to victory. Harrison, alongside the tireless nuisance that is Brenden Aaronson, was at the forefront of that, winning five duels, recovering the ball five times and successfully completing all four of his attempted take-ons.

Going into the game as the Premier League top assister, the Leeds number 11’s eyes lit up when Raheem Sterling brought down Marc Roca on the edge of the area. Already a goal to the good, Harrison stepped up and curled an inch-perfect delivery into the box, with Rodrigo, the Premier League’s top scorer, glancing a header past a helpless Édouard Mendy in the Chelsea goal to double the host’s lead.

The winger, who was a thorn in Ruben Loftus-Cheek and Reece James’ side all game, then deservedly got on the scoresheet in the second half to cap off a standout display, instinctively stabbing home after Rodrigo’s effort in the area. 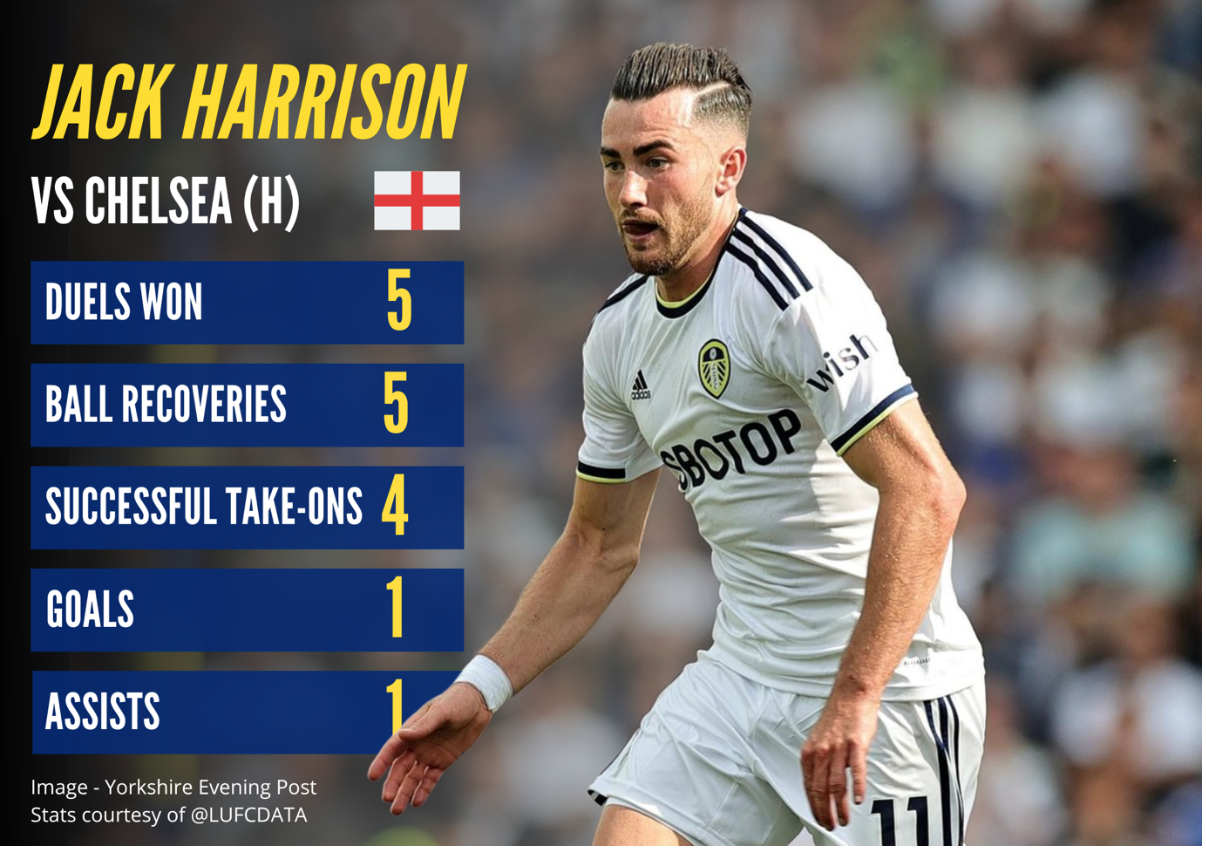 Newcastle United have held a long-standing interest in Harrison, with the Magpies reported to have had two bids rejected for the winger. In a recent interview with The Athletic, Leeds chairman Andrea Radrizzani was under no illusions as to where Harrison will be come the end of the transfer window. “Absolutely not. There is no way. Jack stays here.”

The reassuring words of the owner no doubt are just the tonic for supporters, given the former NYCFC man’s blistering start to the new campaign. Whilst it seems clear Harrison will be donning the white of Leeds at club level, the star has his sights on wearing the white of England with the World Cup just around the corner.

“My goal is to try to make the next England camp in September. If I am to have any chance of the World Cup at all, I will have to make that next squad. It’s a big goal and my grandad would be proudest,” he told Mail Online.

“There is a whole bunch of talent ahead of me, but I think I can offer versatility and my stats have been comparable with some of those guys. It makes me think I can play at that level.”

Whether next month’s Three Lions camp comes too soon for Harrison remains to be seen, but for a player whose determination saw him leave one of the world’s most illustrious academies as a youngster to forge his own path, it seems a matter of if, not when.