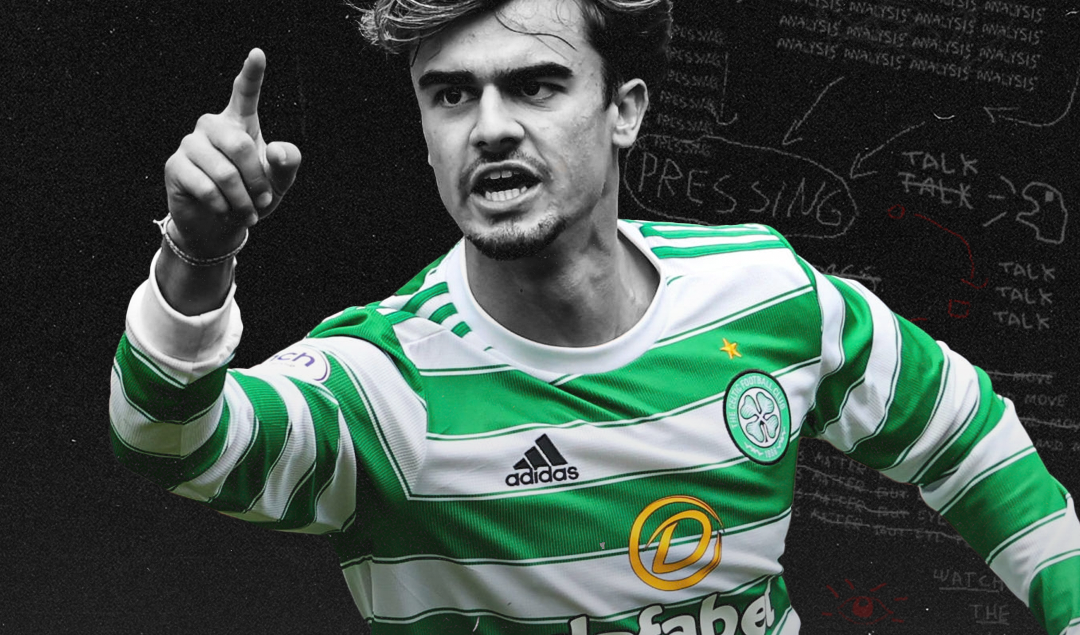 In a season of vast rebuild for Celtic where it is up to Ange Postecoglou’s new young signings to step up to the plate much sooner than initially anticipated, Benfica loanee Jota has a major role to play. But if the early signs are anything to go by, then Jota will be a pivotal figure in the Glasgow club’s season both domestically and in European competition.

The Portuguese youngster was long renowned as a hot prospect, capped at youth level for his country from U15’s upwards scoring a mightily impressive 19 goals from the left wing – finishing joint top scorer in the 2018 UEFA European Championship with five goals as his side saw tournament glory.

That blossoming international career alongside his rise in stature through the Benfica youth ranks brought him his first appearance for the Eagles first team in a 4-0 victory over Chaves in the Primeira Liga. Yet whilst it seemed like his trajectory was bound to continue in that manner, appearances for Benfica came sparingly from then on in – with just 177 minutes from one start and 18 substitute appearances giving him little time to make the impact he was hoping for, only one assist emphasising that.

Two goals in the Taca de Liga did little to persuade Rui Vitoria or Bruno Lage that he was ready for a consistent spell in the first team – opening the door for his loan to then La Liga side Real Valladolid for the 2020/21 season. He faced similar issues in Spain, starting seven games for the club and sitting on the bench for the other ten being unable to complete ninety minutes in that time.

His coaches were cut-throat giving him limited time to make an impact in games and it resulted in him trying to force moments of magic in detriment to the greater unit as a late substitute in order to make his way into the starting plans. But this move to Celtic on loan with an option to buy has revolutionised his play and he looks like the confident youngster that was a hot commodity during his youth career.

GOOAL! JOTA! He gives Celtic the lead against Aberdeen!

A vital winning goal at the weekend against Aberdeen will only add to the confidence in Jota’s play at this time and working under a coach that thrives from allowing his attacking players to express themselves and implores his side take risks to create good quality opportunities will only make him grow further – the system fits him to a tee. What stands out about Jota’s play is his centre of gravity when in possession and bravery on the ball in tight areas when his side are under the cosh.

A mark of a good player is them continuing to perform their duties at the required level when those around them are crumbling and in Celtic’s recent 4-0 defeat to Bayer Leverkusen, when his side could barely string a pass together losing all composure for a spell, Jota continued to take players on, open up space and control the ball in tight situations.

He mixes up his play well and is unpredictable in nature when facing up a full back, happy to both drive to the byline as well as cut inside and let off a shot.  His decision making in that area is another major asset to a side that have been particularly wasteful so far in front of goal this season – happy to let off audacious efforts as his already multiple efforts that hit the crossbar have shown, but only if that is the best option in that moment, he is more than happy to recycle possession when not.

Movement is key in Postecoglou’s fluid system and Jota is growing a working understanding with other summer recruit Kyogo Furuhashi – both looking to get the run on their marker, opening up the defence and getting in behind. Jota showcased his ability to do this for both of his Celtic goals so far as his run at the back post against Raith Rovers was spotted by James McCarthy who threaded the ball through for him to calmly finish.

And of course the recent goal away at Aberdeen when a compact and well-organised defence was dragged out of position and Jota was able to slide in at the back post to get the all-important winner. He is becoming a more rounded player but as his 22 carries per 90 in the SPFL this season show, he has not forgotten what his best asset is – driving at players on the backfoot in order to force his side higher up the park and open up space for other players to exploit.

2.2 key passes per game in both domestic and European competition highlight that he has the end product to boot, unlike an array of young wingers who show flashes of brilliance but rarely have the quality at the end to round off their game.

Jota has all the attributes to finally begin to showcase why he was so highly valued in his youth years, and under a coach who will give him the well-needed gametime in his favoured position, should these performances continue, it will not be long before Celtic invoke the future fee option in the agreement with Benfica to make him one of their own.