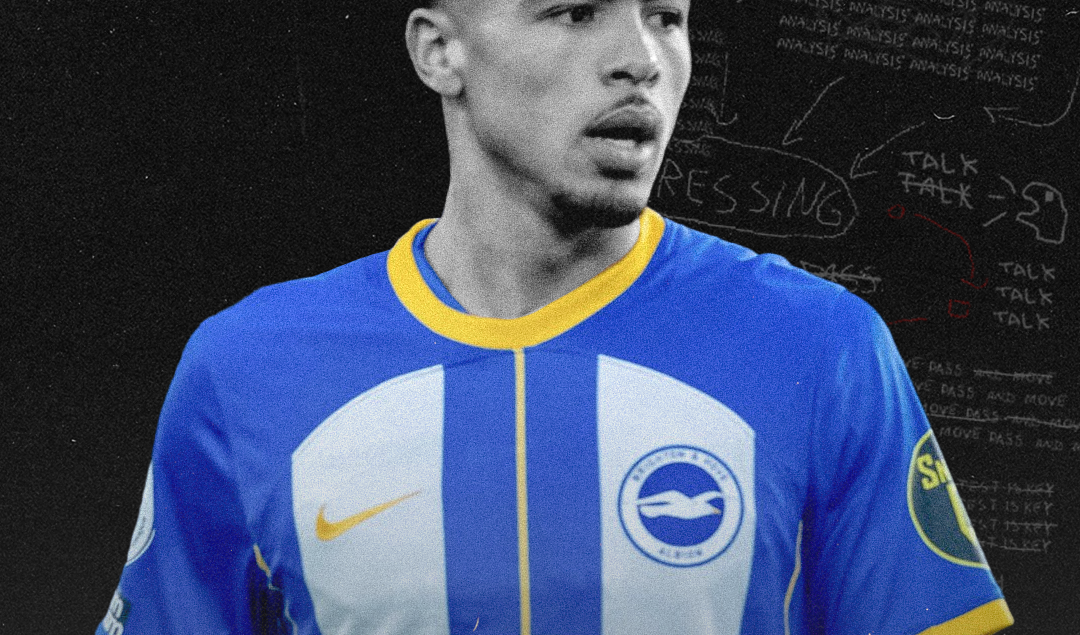 Levi Colwill found himself in the directors’ box alongside Mykhailo Mudryk and Todd Boehly during Chelsea’s tense victory over Crystal Palace – an encouraging sign for a player that the Blues should be desperate to keep after his time at Brighton finishes, due to a formidable recent upturn in form.

His loan on the south coast started slowly, during the crossover between Graham Potter’s departure for Chelsea and Roberto De Zerbi’s appointment, Colwill failed to nail down a regular starting spot with either coach. It appeared a transfer that was engineered to allow the defender to gain invaluable Premier League experience was quickly petering out.

But in recent weeks, the promising youngster has turned a corner – he has played every minute of Brighton’s last five league games – which has included the 3-0 demolition of Liverpool, the 4-1 thrashing of Everton and the 3-1 victory over Southampton – and has excelled. Colwill was magnificent against Liverpool in the Seagulls’ last outing, as he silenced the new-signing Cody Gakpo and the indomitable Mohammed Salah.

Liverpool’s frontmen failed to dribble past the 19-year-old and he made eight recoveries [more than anyone else on the pitch.] He was a pillar of calmness and solidarity – an impenetrable and reliable defender, who is relishing his flourishing reputation.

He has also shown that he is astute at building attacks from the back – he attempted the most passes against Liverpool with a 93% accuracy. This latest display of on-the-ball excellence contributes to a wider picture of sensational passing statistics.

According to data supplied by Fbref across the last 365 days, involving Europe’s top five leagues versus all other centre-backs, he ranks in the 97th percentile for passes attempted (82.42), the 87th for passing accuracy (89.4%), and the 82nd for progressive passes (3.3).

He has become an integral part of De Zerbi’s quick, incisive and relentless Brighton side that are challenging for the Europa league spots. Colwill is also a standout performer within his age-group for passing.

He has the fifth-best passing accuracy of any teenager in Europe’s top five leagues – an impressive statistic for a player that has only made seven top-flight appearances this season. It reflects his bravery and fearlessness to play out from the back.

Those at Huddersfield will argue that this rich vein of imperious form comes as no surprise. Last season, after only five games into his loan in West Yorkshire, his central defensive partner Naby Sarr remarked that Colwill “looks like he’s been playing professionally for 10 years already.”

David Ornstein reported that England boss Gareth Southgate is giving “serious consideration” to handing the defender a first senior call-up – a testament to his unwavering talent and determination to turn around a season that started very shakily.

Despite Chelsea’s incomprehensible spending spree under the new ownership, Colwill is expected to return to the Blues next season amid interest from a host of top European clubs. Given the player’s current form and his limitless potential, it would be criminal to allow this glimmering prospect to depart.