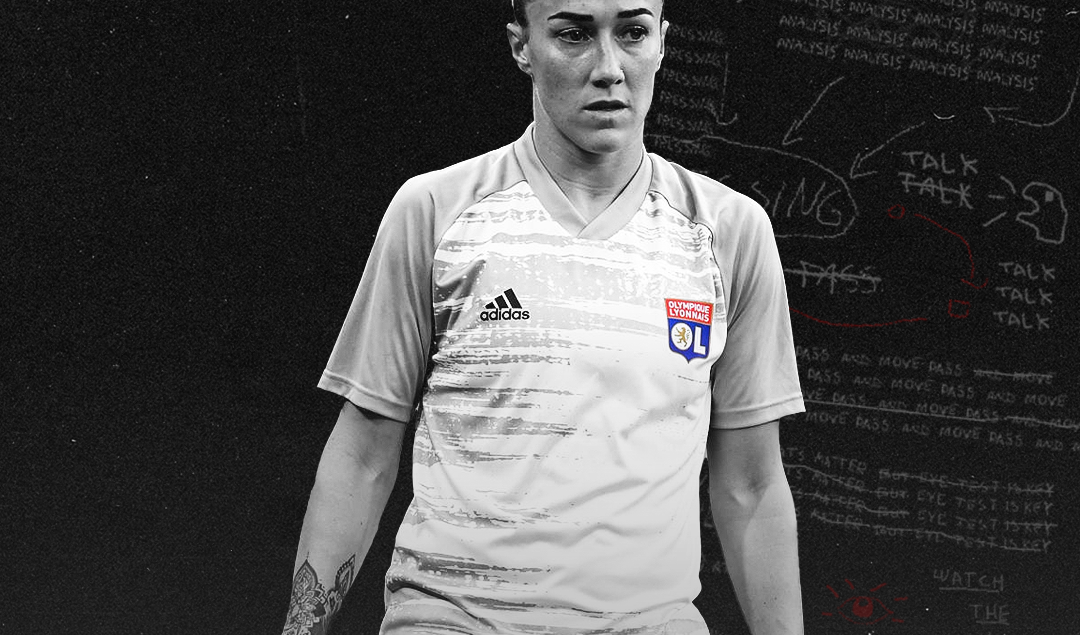 Although women’s football has very recently come to the fore of the sport with massive investment and spending, there are certain players who have already achieved all there is to achieve.

When we talk of talent and recognition, England and Manchester City fullback Lucy Bronze is a name that usually comes up instantly. The 29-year-old superstar has played for a handful of clubs, picking up individual and team awards on her way to the literal summit of football.

Bronze started her professional career at Sunderland and went onto captain her team too. She played for them from 2007 through 2010, including a stint with the North Carolina Tar Heels in 2009. Her first big move came in September 2010, when she signed for Everton. She quickly made her way into the first team, eventually becoming a regular starter in the 2012 WSL season.

Her excellent performances helped Everton finish third, earning her a move across town to rivals Liverpool late in 2012. It was then that she just broke onto the scene. Winning consecutive WSL titles with the Reds, Bronze also ended up grabbing the PFA Women’s Player of the Year in 2014. Having achieved so much with the Reds, Bronze sealed a move to Manchester City in the same year. However, her three years in Manchester were quite erratic.

Although she didn’t reach the same heights as she did with Liverpool, Bronze’s talent and skill made a more recognized player. In her first season with the Cityzens, Bronze scored two crucial goals and helped her team finish second. Her contribution to the team only grew, as City went unbeaten the following season, conceding just 4 goals. 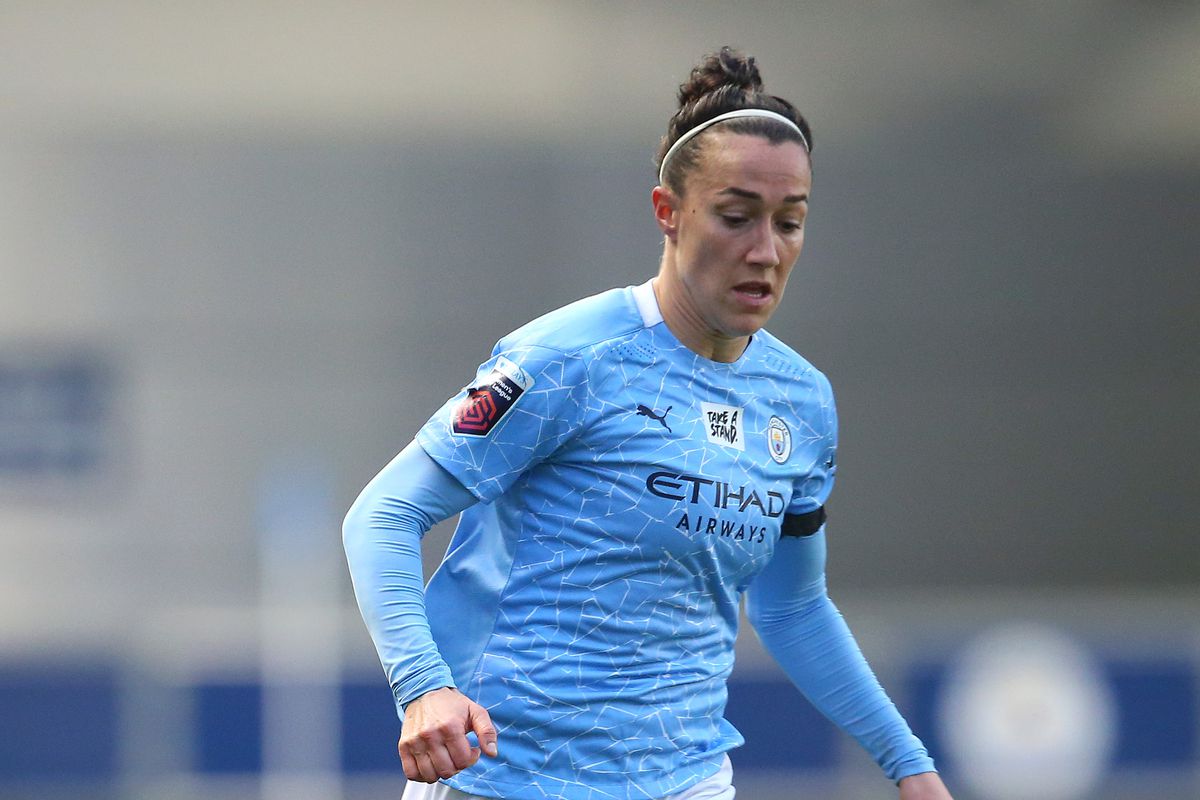 However, the highlight of the season came in the FA WSL Cup, when she scored a 105th-minute winner in the final to win City the trophy. In April of 2017, she was once again named PFA Women’s Player of the Year and was nominated into both the WSL and UWCL Teams of the Season. Such honour and brilliance caught the eye of Olympique Lyonnais, who signed Bronze in August 2017.

In her first season at the club, she came full circle by winning the French league and the UWCL although Lyon missed out on the Coupe de France. This gap was filled in the next two seasons as Lyon won all three competitions, while also lifting the newly introduced Trophee des Championnes in 2019 when they beat PSG.

In total, Lyon lifted an unprecedented nine trophies in three seasons. Bronze’s extraordinary performances saw her win the UEFA Women’s Player of the Year award, finish second in the race for the Women’s Ballon d’Or and finish third in the voting for FIFA’s “The Best” award.

And just as Bronze reached the epitome of world football, she decided to take up a new challenge by re-signing for Manchester City in 2020. Her prior performances and achievements for Lyon early in the year and her continued excellence in the WSL with City led to her deservedly winning FIFA’s “The Best” award for 2020, as she became the first defender and English footballer to reach this milestone.

Bronze made her England debut in 2013 in a 1-1 draw against Japan. Her excellent showings in the FIFA Women’s World Cup 2015 and Euro 2017 earned her spots in both All Star teams for the two tournaments, while also being named England Player of the Year in 2015.

Bronze then went onto captain the England team in the 2018 She Believes Cup while winning it the following year. Although the Lionesses only made the semi-final of the 2019 FIFA WWC, Bronze was awarded the Silver Ball – the second-best player at the tournament behind USA’s Megan Rapinoe. However, Bronze once again was named England Player of the Year the same year. Fun fact: she also has the distinction for scoring the same goal from outside the box against the same opponents (Norway here) in two consecutive World Cups!

Bronze’s superb technical ability and composure on the ball allow her the freedom to move into the midfield or central defensive positions when required by the team, be it to overload the centre of the pitch or to cover for players who might have moved forward to join the attack. 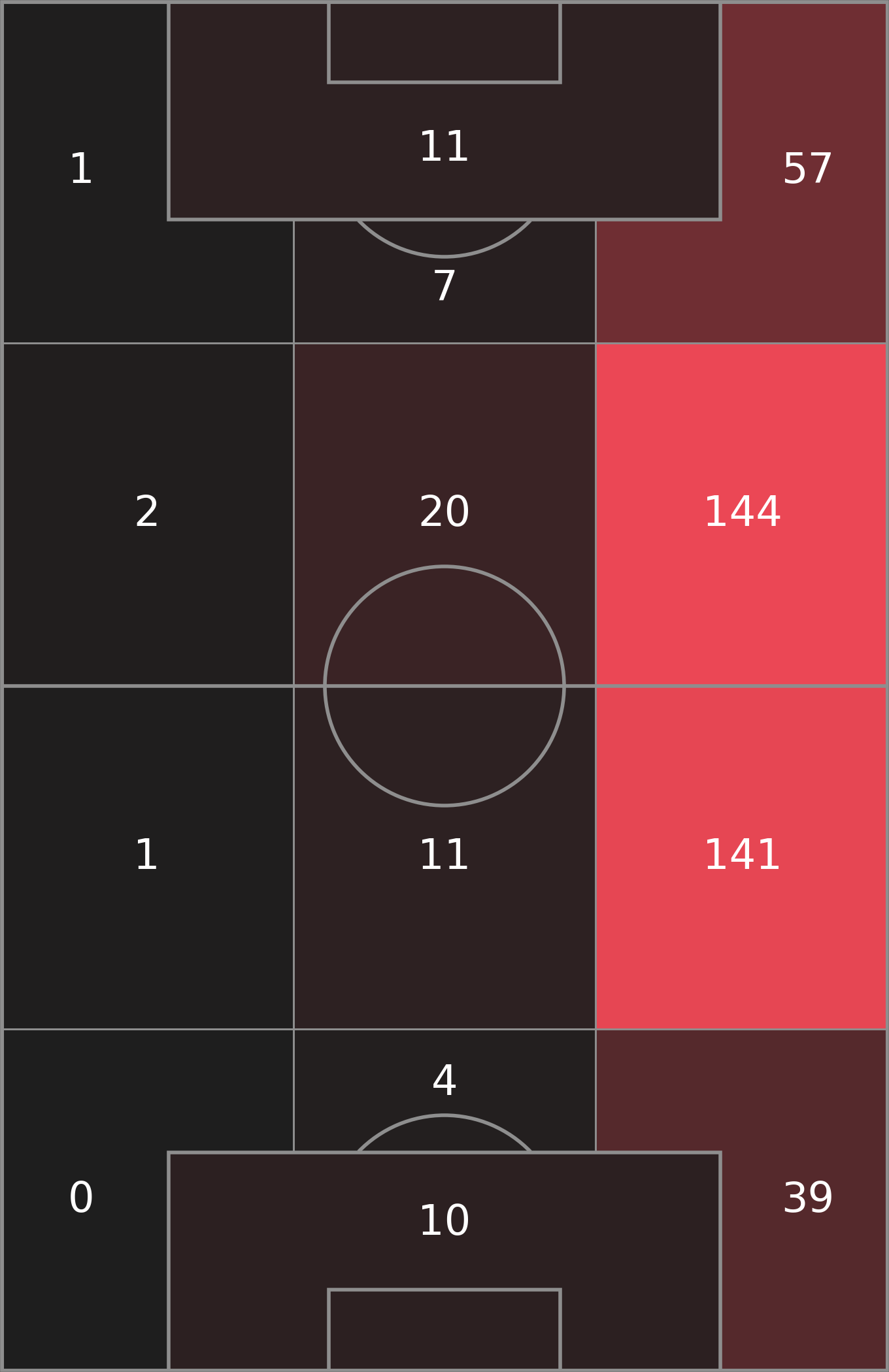 When she moves into the midfield, Bronze basically plays the role of an “Inverted Full Back.” She can either choose to constantly interchange passes with the other midfielders or carry the ball forward as the opposition players get pulled back from the runs made by her teammates.

The latter option allows her to use the space around her, using her vision to find passes in behind defences. The inverted role also lets her make more interceptions further up the pitch, hence turning over possession in favour of her team.

The natural instinct of a full back is to run up the flanks in order to help the team attack. Many fullbacks are direct crossers of the ball while others are excellent at making overlapping/underlapping runs off the winger. Bronze, of course, is brilliant at both these things. In fact, mind-blowingly, she records a successful cross every second attempt!

She also has an xA (expected assists) of 1.2 this season, registering 0.45 goals or assists every 90 minutes. Besides this, Bronze also has the innate capability to take on defenders when she doesn’t have a pass in sight. Her intelligence on the pitch allows her to dribble past defenders, be it on the wing or around the box. In the latest edition of the WSL, Bronze creates about 3.42 chances every game while directly

The City fullback also has a habit to hug the touchline at times to provide width and open up the pitch. This always keeps a passing option for the teammates around her because it stops the opposing fullback from committing, as that would open up a lot of space in behind.

The exceptional stamina and grit that Bronze possesses make her a great defender as well. Her reading of the game is as good as it gets and she also knows exactly when to make the required movement. The timing of her tackles is mostly on point while her aggression towards the ball makes it very tough for attackers to get past her. This is backed by her 57.1% successful tackle rate in the league this season. She also hasn’t yet made an error leading to a goal for the opposing team while winning 84.2% of her aerial duels!

Another important aspect of Bronze’s playing style is covering for the backline if and when the team gets exposed. There have been multiple instances when the centre back in front of her missed a header or didn’t close down the ball quick enough, allowing for a shot. Because she reads the game so early, Lucy Bronze is usually there to get rid of any danger in the defensive third.