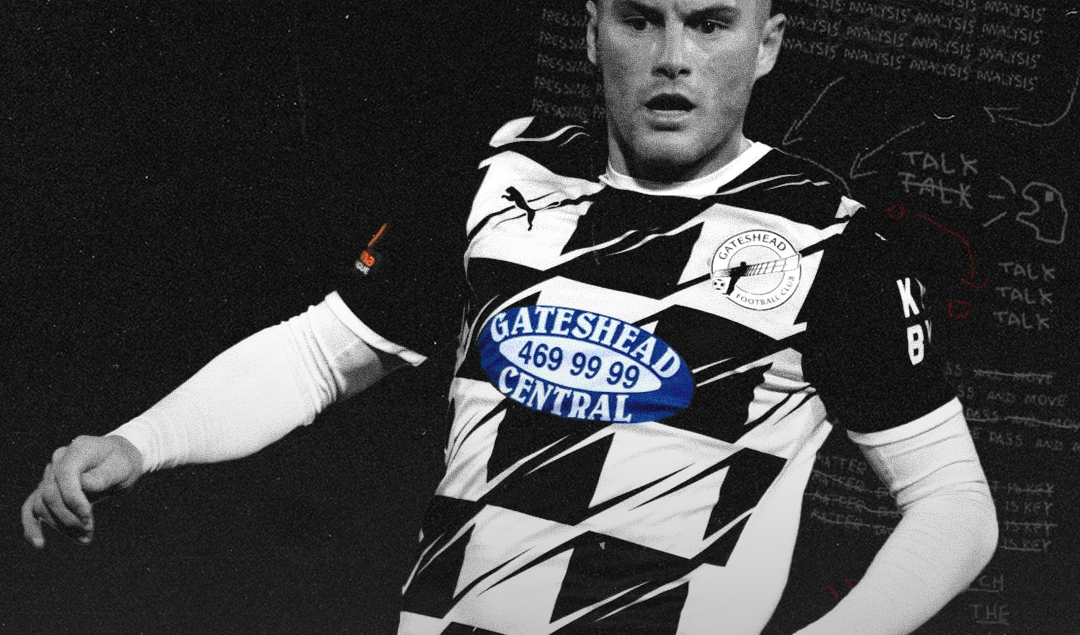 Macaulay Langstaff, 25, plays for Notts County in the Vanarama National League, England’s highest non-League tier before the Football League.  Langstaff, a summer signing from Gateshead Football Club came to Notts County with plenty of non-league experience. Having been Gateshead’s top scorer with 31 goals, along with 14 assists and being named the Vanarama National League North’s top scorer, he was of course in hot demand for his next move.

Notts County are currently sat 1st in the National League after a tough win against Wrexham AFC who have recently become globally famous for their owners and the television show ‘Welcome to Wrexham’.  Both clubs are seeking promotion to the English Football League after long-term absences from the professional ranks.

A tightly matched contest ended with none other than Macaulay Langstaff grabbing the match-winner to claim his 16th goal of the season in 12 games so far this season. An intelligent, composed finisher with a real desire in front of goal.

The sharpness, speed, and technical ability in and around the 18-yard box is a manager’s dream especially at the National League level. At the age of 25, Langstaff, has not had the same journey as many professional footballers as his career so far has been comprised of playing in the amateur league for Billingham Synthonia as a youngster.

Eddie Howe: The Man Who Has Awoken One of England’s Sleeping Giants

Langstaff would eventually climb his way up when he was offered a professional contract by Gateshead in 2017. However, an unsuccessful loan spell at Blyth Spartans resulted in a permanent transfer to York City. His time at York City started off brightly in the 2018/19 season as he put up 10 goals in his first season.

The following season was unfortunately struck off by the global pandemic hit by the Coronavirus, which eventually saw Langstaff released by City.  The striker’s next move would surprisingly be back to the Gateshead International Stadium with Gateshead FC once again. This time around would prove to be very different for Langstaff…

In his returning season of 2020/2021 – the forward saw limited time only making 13 appearances and scoring four goals. The turnaround came in the 2021/2022 season which saw the forward bag 32 goals which saw him finish as Gateshead’s top scorer and played a significant factor in their promotion to the National League.

Winning the Player of the Season Award and placed in the Team of the Season for the League was enough for many clubs to spark an immediate interest in the talented forward.  June 1st, 2022, saw the eventual announcement that Macaulay Langstaff had signed for Notts County on a three-year contract for an undisclosed fee.

Ian Burchnall who was Manager of County at the time had left to take on the Forest Green Rovers job, which left the Board of Directors in a difficult position on whether to pursue the transfer of the players identified by Burchnall.

Fortunately, the decision to go ahead with the contract by the board is now seen as a shrewd bit of business at Meadow Lane. County are a club with a prominent history in the footballing world and will be hoping to make the patiently awaited a jump back into the football league this coming year.

The Vanarama National League has always been known as one of the toughest leagues to get out of in terms of promotion. With only one club earning an automatic jump, which then leaves 2nd place through to 7th place battling it out for a Play-Off promotion spot.

Notts County and Langstaff who are sitting in 1st place also invested in the signing of Langstaff’s Gateshead strike partner, Cedywn Scott, a forward who complimented the partnership extremely well.  Scott added 23 goals to Gateshead’s promotion charge last season which from a manager’s perspective, the move to bring both in-form players into the team together was a no-brainer.

The Magpies have made a promising start to their campaign and will be hoping to continue their form to lead them to a football league return for the first time since their relegation in the 2018/2019 season.

The league already looks set to go down to the wire with three clubs including Notts County are all vying for that automatic promotion. Wrexham and Chesterfield both hot at the heels of County will all be seeking a place back in the football league as well.

Notts County will certainly be anxious about the January transfer window with numerous clubs said to be interested in claiming the services of current leading scorer Macaulay Langstaff. The hope will be to retain him at the club to see them promoted at the end of the season.

The ‘Non-League Haaland’ has seen a meteoric rise in such a short time in his career, and with showing no signs of slowing down in his goalscoring quest, the club once again sees positivity and belief that the 2022/2023 season will be another season placed in the long rich history of Notts County Football Club.