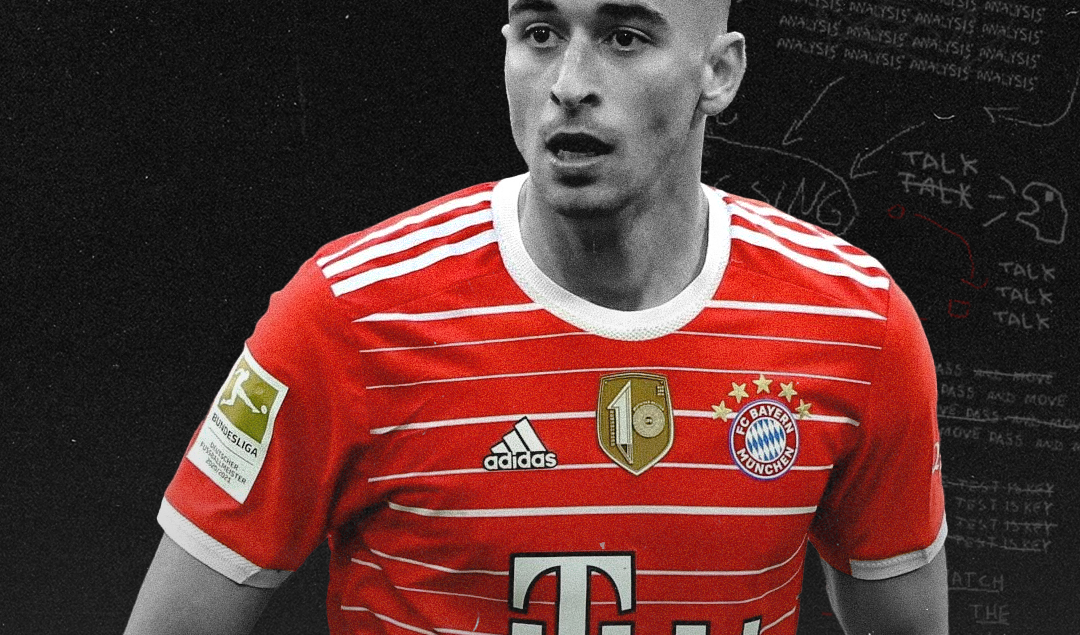 Jesse Marsch knew what he needed his Leeds United side to be last season. Tenacious, efficient and above all compact. A team modelled on semantics and playing football in the spirit of its founding fathers, they found themselves having to temporarily abandon these ideals to secure their topflight status.

Marsch defied expectations and dragged his team kicking and screaming to safety. Now he’s looking to build a team in his image. Where the American previously utilised the hard-running combativeness of Adam Forshaw, deep-lying midfielder Marc Roca has come in to instil calm, composure and creativity. Leeds are looking to dictate their fortunes this season, and Roca will be central to this.

25-year-old Roca is Leeds’s third signing of the summer. With Bayern Munich receiving a €12 million guaranteed fee plus add-ons for his services. Deemed surplus to requirements by the German champions, Roca struggled for game time throughout his time in Bavaria.

A combination of persistent injury problems and competition saw the former Espanyol man amass just over 1000 minutes of game time during two years at the club. Leeds offers Roca salvation. He is not a player short of talent, as even Bayern’s sporting director Hasan Salihamidžić has attested to. But ultimately, very few players in world football displace Joshua Kimmich or Leon Goretzka right now.

Leeds fans are no strangers to technical proficiency in tight spaces. In Kalvin Phillips, they have one of the country’s most press-resistant midfielders. Roca is everywhere. The Alpine anchor. He slaloms in and out of pressure before zipping away and distributing with an unerring combination of accuracy and incision.

A progressive passer, Roca’s variation in possession allows him to play the game at his speed. Many Premier League clubs struggled with control last season. In signing Roca, Leeds are stealing a march on their rivals.

Distinctly left-footed, Roca likes to play arcing long diagonals out to the right flank. So, with right-back Rasmus Kristensen coming in from Marsch’s former club RB Salzburg, there appears to be a conscious effort to build these switches into Leeds’s attacking play.

Roca’s variation also means that he can break the lines with his passing, and with Marsch liking to play more narrowly than his predecessor Marcelo Bielsa in possession, Roca’s ability to adapt his passing accordingly will be very useful.

The Spaniard is a highly technical deep-lying midfielder, “a variation of Rodri, but the Rodri that first arrived in the Premier League.” Guillem Balague told the Yorkshire Evening Post.

In an ideal world, he and Phillips complement each other perfectly, left foot, right foot in Marsch’s double pivot. But with Manchester City holding a long-standing interest in the ‘Yorkshire Pirlo,’ such a scenario seems unlikely to materialise.

Leeds have taken a potentially lucrative risk in signing Roca. The Spaniard’s recent injury record in particular a torn ankle ligament injury suffered last season, will be of concern, especially considering how much Leeds have struggled with injuries since their return to the Premier League.

This, however, is seen by many to be a consequence of Bielsa’s high-octane style of play. Something which Marsch will try to learn from. Aside from these concerns, Roca is considered an immensely talented midfielder whose time at relegation-threatened Espanyol rightly attracted the attention of some of Europe’s biggest clubs.

Whilst his move to Bayern may not have worked out, there was a belief among those in charge that Marc Roca was just a victim of circumstance. At Leeds, he will be given the time to showcase his talents as the main man in a possession-orientated side. The Premier League is a playground for players like Roca, and Leeds will welcome him with open arms.