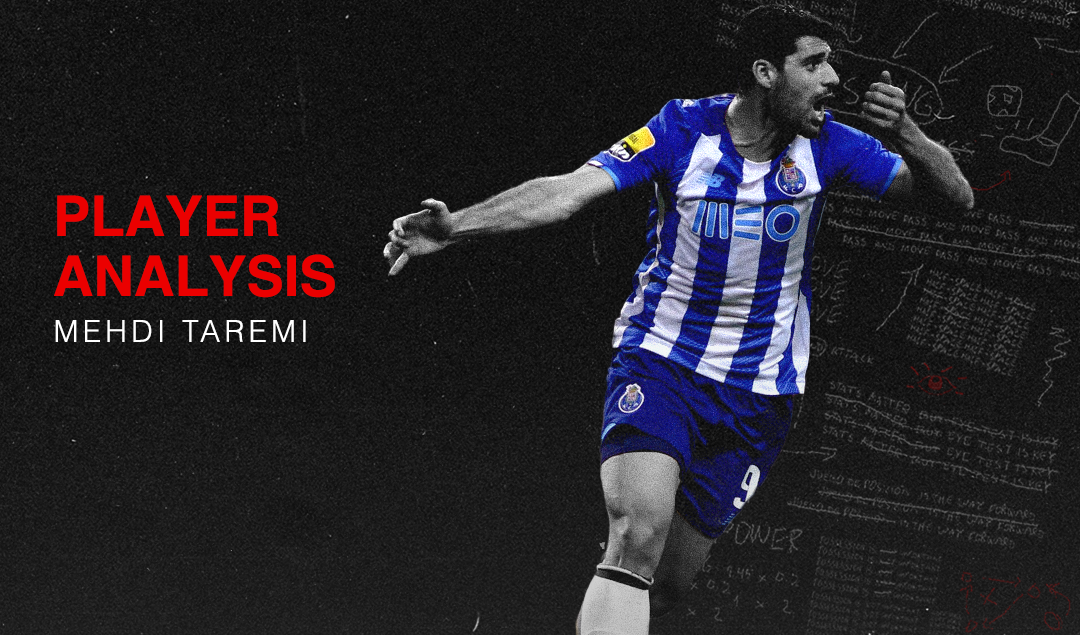 It was the summer of 2019. Kylian Mbappé, the second-most expensive player in the world at the time and to this date, was preparing for another season at Paris Saint-Germain. Karim Benzema was looking to bounce back from a disappointing campaign at Real Madrid that saw the club finish trophyless, and Mohamed Salah was coming off the back of a Champions League victory at Liverpool.

Mehdi Taremi, on the other hand, had finished an 18-month loan spell at Qatari side Al Gharafa, his first time playing outside of Iran in his 27 years of life. He would join Rio Ave on July 23, 2019 on a two-year contract, his first European club. Today, Taremi, Mbappé, Salah and Benzema are the only players in Europe’s top six leagues who have provided at least 20 goals and 10 assists. (Since the article’s publication, Christopher Nkunku has joined this elite club).

The Persian striker began his development at Bargh Bushehr’s Academy in 2002 at the age of 10. He moved to Iranjavan Youth Academy at the age of 14 in 2006 before moving to Shahin Bushehr, a military club to commence his professional career as a footballer at the age of 18.

He made 7 appearances for the club, scoring only one goal before moving to Iranjavan in the summer of 2013, signing a two-year contract. He was handed the #9 Shirt at the club and went on to score 12 goals in 22 games for the club, making him the second-highest goalscorer in the Iranian league at the time.

Founded in 1939, Rio Ave is based in Vila de Conde, a small city in the north of Portugal. It was named after the Ave River, which flows from the town into the Atlantic Ocean, and it has helped produce a wide variety of players such as Jan Oblak, Ederson, Rui Jorge and Fábio Coentrão. Taremi would soon join that group.

Rio Ave were coming off a fifth-place finish under manager Miguel Cardoso, who left at the end of the season to take charge of Ligue 1 side Nantes. They had sold various key players, but nevertheless rebuilt well in the summer window with the signings of Carlos Mané, Léo Jardim, Aderllan Santos, Lucas Piazón and Taremi.

The Iranian striker made an instant impact at Vila de Conde, scoring a hat-trick in his first Primeira start against Aves. The following week, he won three penalties — all of which were conceded by Sebastián Coates — to lead Rio Ave to a 3-2 victory against Sporting.

This would set the tone for this season — Taremi scored a total of 21 goals and 2 assists in 37 appearances to lead Carlos Carvalhal’s side to a fifth-place finish, beating out Famalicão on the final day of the season to seal Europa League qualification. The Iranian’s 18 league goals saw him finish as the top scorer alongside Carlos Vinícius and Pizzi of Benfica.

Whilst Carlos would win the Bola da Prata due to having played fewer minutes, he would end up joining Tottenham and PSV Eindhoven on loan in pursuit of minutes, whilst Pizzi would join Istanbul Basaksehir on loan in January of this year. Taremi, meanwhile, has remained one of the finest players in Portugal.

The following year would see Carvalhal, Nuno Santos, Matheus Reis and more leave Rio Ave, but perhaps no departure made more of a difference than Taremi’s. Without the Iranian’s goals, Rio Ave would go from competing against Milan in the Europa League qualifiers to suffering relegation in the span of 10 months.

Taremi left Rio Ave and joined Porto for €4.5 million, looking to provide firepower to a side that had just won the domestic double. It followed a similar pattern of Porto recruiting players from bottom-half sides — Carraça joined from Boavista, Cláudio Ramos joined from Rio Ave, and Zaidu Sanusi arrived from Santa Clara.

Whilst Porto would lose the title to Rúben Amorim’s Sporting, Taremi delivered on expectations by racking up 23 goals and 18 assists in 2020/21 — he currently has 24 goals and 17 assists with three games remaining. His acrobatic goal against Chelsea in the Champions League quarterfinal saw him nominated for the FIFA Puskas Award, missing out on the award to Érik Lamela.

Taremi stands 1.87 meters and marries his aerial presence with a cunning goal instinct in a similar vibe to Ruud van Nistelrooy, Edin Dzeko, Karim Benzema or Zlatan Ibrahimovic. He is a technically gifted footballer with a superb finishing ability and a physicality that allows him to hold off defenders, and his link-up play allows him to drop deep and pick out teammates with superb passes. 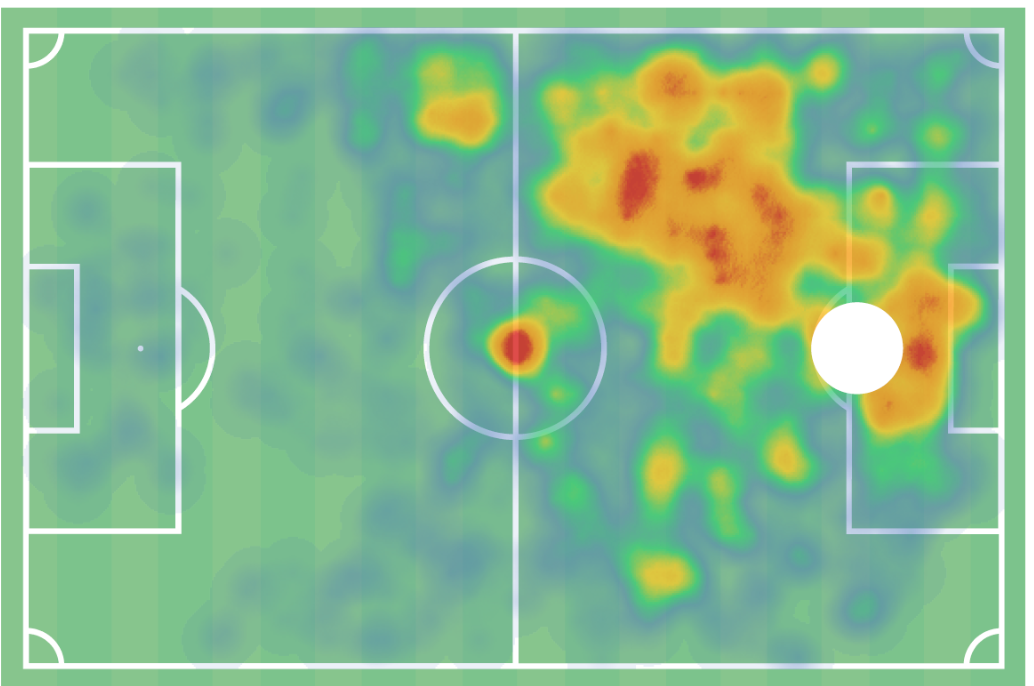 As seen by his heat map from Rio Ave, Taremi would play as a lone center forward, and while his responsibility was predicated upon scoring goals, he had the ability to drop to either flank and use his strong right foot to link up with players or find the back of the net from dangerous positions. 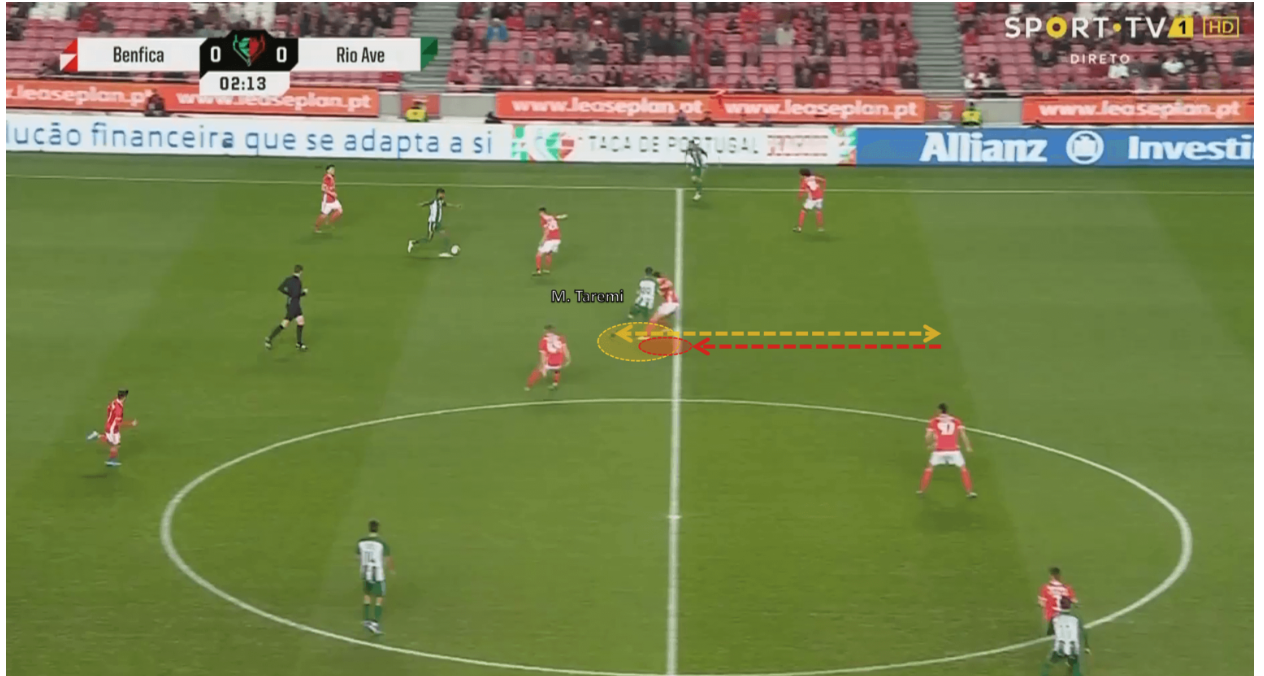 Against Benfica, he drops deep into the midfield, opening himself up for the option of receiving a pass while on the shoulder of the final man, and attacking open space. At Porto, he has impressed as the strike partner of Evanilson this season in a 4-4-2 rather than playing as a lone striker in a 4-3-3 at Rio Ave. Operating in this 4-4-2, Taremi will often drift to the left flank to receive the ball before firing in a cross or dribbling inside. 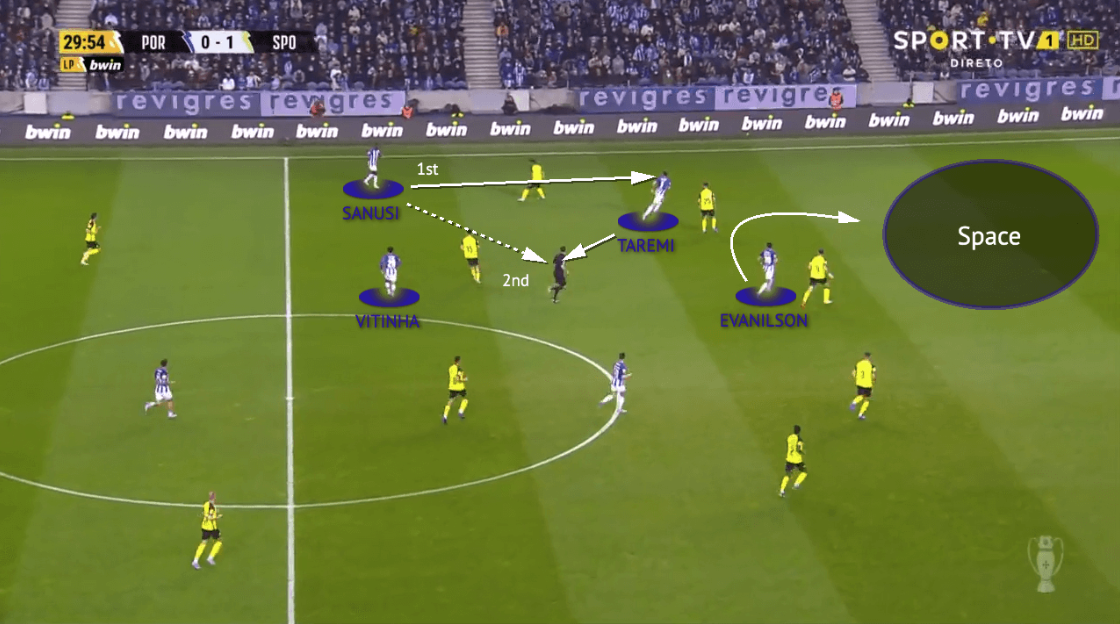 Taremi is, in many ways, a hybrid between a 9 and a 10. He is capable of creating chances, attacking space and scoring goals, similar in many ways to Benzema, able to get in behind the backline, drop deep to create numerical superiority in midfield, as well as drifting to the flank to allow other players to move into central areas.

With the Iranian set to turn 30 years of age in July, it is unclear if other top European teams will be looking to sign him, and if they do, Porto will demand top dollar — his contract expires in 2024. As Taremi closes in the first club trophy of his time in Europe, there can be little debate anymore; he is one of the finest players in Portugal and the latest center forward to take the Estádio de Dragão by storm after Radamel Falcao and Jackson Martínez.