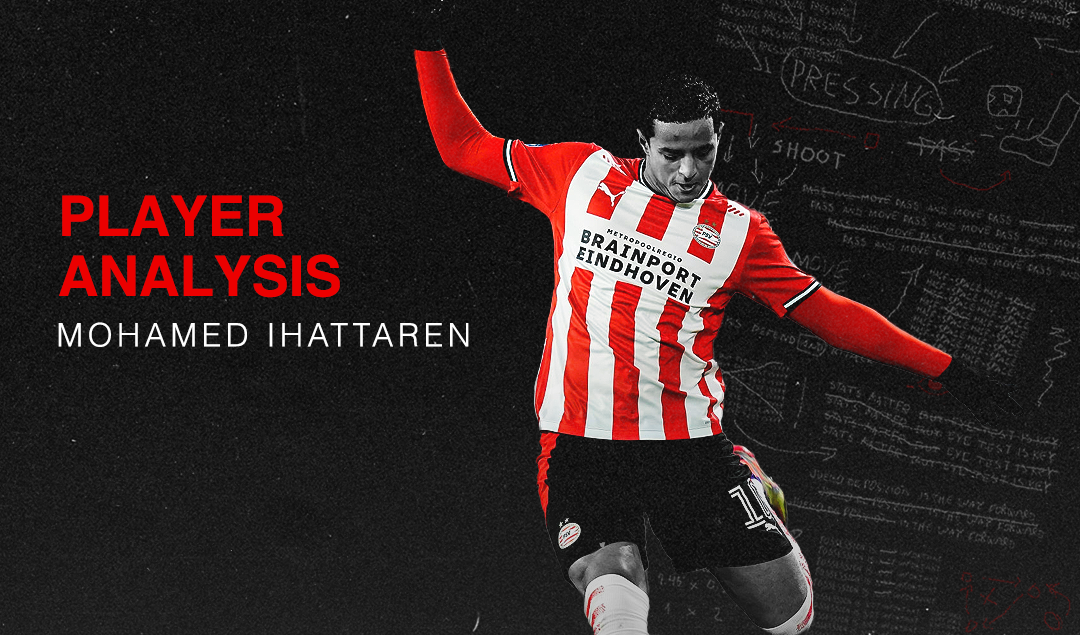 It was 2007. The coats were piled up on the touchline in the south-eastern outskirts of Utrecht as Mohamed Amine Ihattaren’s mother watched on, wearing a proud smile. Her son had started his footballing journey at SV Houten and would soon move to Eindhoven, 85 kilometres south. Just over 12 years later, he would make his debut for PSV. 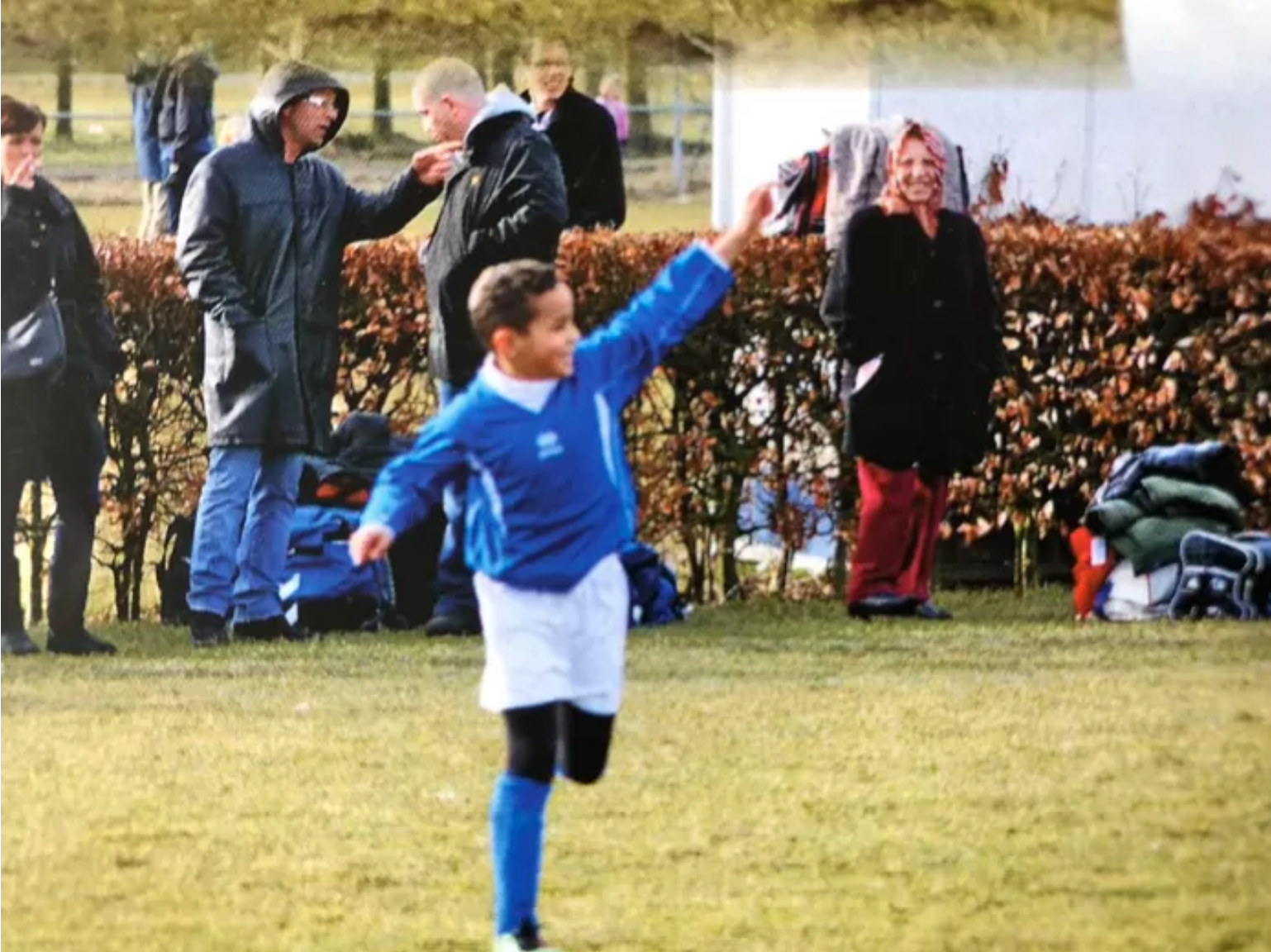 At only 16 years old, it was hard to know what to expect. Ihattaren had won the U-17 European Championship with the Netherlands and tore apart every level of youth football. Manager Mark van Bommel brought him off the bench against Groningen in January 2019, and by the end of the season, Ihattaren had featured in 12 Eredivisie games.

His first full season saw a shift. Suddenly he was starting games and making an impact too. Despite not being able to notch a goal or assist in his opening berth, the 2019/20 season was different. He had four goals and seven assists in all competitions and the second most completed dribbles of any teenager in the top five leagues (125), behind Takefusa Kubo (182).

However, a problem began towards the end of the season, where the Dutch youth international began to fall out of favour with van Bommel. His lack of end product in the final-third seemed to be the main reason for his omission as the Eredivisie title race heated up. PSV ultimately fell away and finished fourth. Now with Roger Schmidt in charge, Ihattaren is back in the fold.

A chilly evening at PSV’s Philips Stadium on December 13 saw Ihattaren finally show what he is capable of. His first goal of the season, a wonderfully taken left-footed strike, whipped into the far corner from just outside the box, had Maarten Paes scrambling hopelessly in the Utrecht goal. As the ball kissed the crossbar on the way in, it was clear as day that the 18-year-old was grateful for another opportunity, running over to embrace Schmidt and the coaching staff.

After starting midweek in a cup fixture against De Graafschap, he kept his place in the line-up against RKC Waalwijk on Saturday. Cody Gakpo opened the scoring in the 11th minute, and Ihattaren added another goal just minutes later; receiving a ball from Pablo Rosario, dribbling forward and firing a long-range missile past Kostas Lamprou and into the bottom right corner. PSV would go on to win 4-1 at the Mandemakers Stadion. 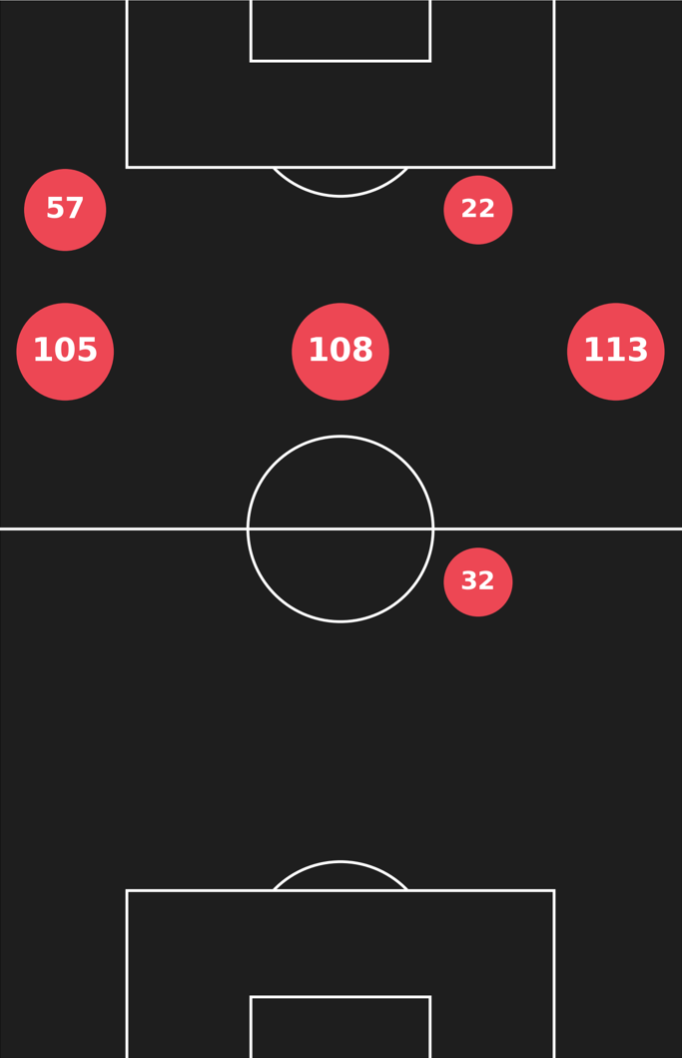 The German manager has mainly opted for Gakpo and Mario Götze on the wings, with Eran Zahavi partnering Donyell Malen up top and new signing Ibrahim Sangaré playing alongside Rosario in the center of the pitch. However, Ihattaren has been given the start in each of PSV’s past five starts following Zahavi’s muscle injury, impressing in victories against Utrecht, RKC Waalwijk, De Graafschap, and Omonia Nikosia, although he was hauled off midway through a 2-2 draw to Heerenveen.

Primarily, it seems like Ihattaren’s best position is on that right-hand side, where he can use his supreme technical quality and left-foot to cut inside and cause serious damage to the opposition. Watching his performance against Utrecht, there are most certainly shades of Riyad Mahrez in the way that Ihattaren plays.

As with all young players, there are flaws to his game, and whilst van Bommel may be gone, he was right about the lack of end product. Looking at the dynamic radar below, it’s glaringly obvious that whilst being what could be described as ‘prominent’ in the final third, Ihattaren really lacks a cutting edge. The especially worrying one is the ‘key passes’ section. At almost zero, Ihattaren may look dangerous on the ball, but he has to improve his goal contribution, even if indirectly. 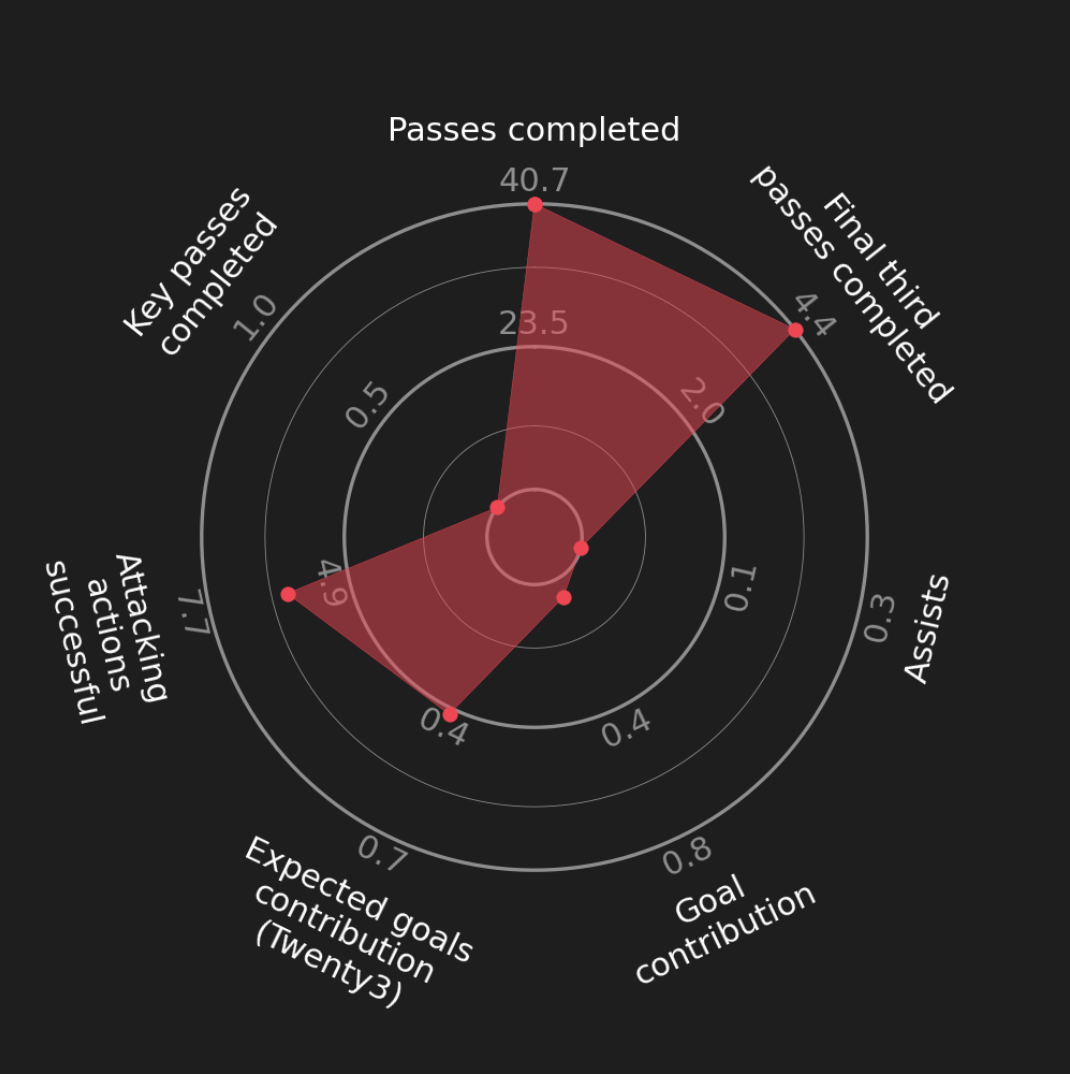 It took him until his 14th appearance under van Bommel to register a goal or assist, scoring in a 2-0 victory against Heracles Almelo on August 18, 2019. He seemed to have turned a corner during the first half of the 2019/20 campaign, providing 7 goals and 9 assists prior to the Christmas break. However, he went 20 games without a goal or assist to start 2020, and while he has since scored back-to-back goals in league matches, he will need to find more consistency in front of goal in order to realize his lofty potential.

Nevertheless, that hasn’t prevented him from winning admirers from across Europe, with Chelsea, Everton, Manchester City, and Inter Milan rumored as potential suitors. With Ihattaren now being represented by super-agent Mino Raiola, there is a chance that he will follow in the footsteps of Raiola clients Matthijs de Ligt, Justin Kluivert, and Hirving Lozano and depart Holland before his contract expires in 2022.

Born in Utrecht to Moroccan parents, Ihattaren found himself in the midst of a dual-nationality tug of war following his breakthrough under van Bommel, with both the Royal Moroccan Football Federation (FRMF) and the Royal Dutch Football Association (KNVB) competing for his signature. Although Ihattaren had played for the Netherlands’s youth sides, the FRMF aimed to replicate their feat of four years prior, when they convinced then Twente forward Hakim Ziyech to switch over to The Atlas Lions.

Ihattaren made the decision to play for the Dutch national team in November 2019 after his father passed away from cancer. “My father never spoke about it, but I could see it in his eyes. I knew how proud he was when I played for the Netherlands. It was therefore very easy for me,” he said in an interview with Voetbal International. “If I ever have to make a difficult choice, I will think about what he taught me and how he thought about things. Even if my choice turns out wrong, I don’t mind.”

He would have to wait until September to receive his maiden call-up under interim manager Dwight Lodeweges, who has since been replaced by Frank de Boer, but he would remain on the bench for both of the Oranje’s UEFA Nations League matches against Poland and Italy. As he continues to stake a claim in Schmidt’s team, Ihattaren could be in line for a recall to the national team during the World Cup qualifiers in March.

PSV Eindhoven’s academy has produced the likes of Memphis Depay and Steven Bergwijn in recent years, and Mohammed Ihattaren could be the next in line to make the step up to one of Europe’s top five leagues. He’s a diamond in the rough, a fleet-footed forward that needs minutes on the pitch in order to develop a consistent end product.