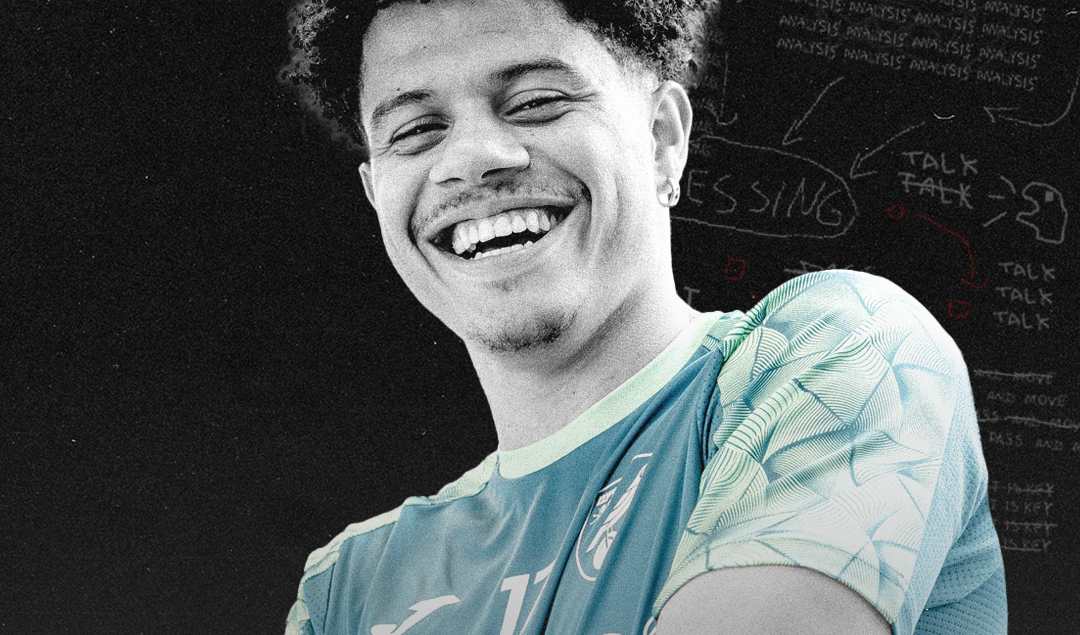 The EFL Championship always provides an entertaining spectacle, and the excitement is beginning to build ahead of the opening day, along with the intrigue of the players ready to line up in the second tier for the campaign.

Here are the final 12 that I’ll be keeping a close eye on, whether they’re hot prospects, interesting fits to new systems or players ready to revive their careers – these are sure to provide a fascinating watch.

A huge weight of expectation comes with his six million pound price tag, especially on a 23-year-old’s shoulders after glimmers of hope with Sao Paulo. Sara has a slight figure and possesses a good dribbling ability but his biggest ploy is his outstanding vision in order to find the pockets of space inside the final third.

This causes a huge amount of panic amongst opposition defences as he drifts infield from the right channel, ensuring opposition left-backs are drawn out of position by his movement. Can Sara deliver on the early promise shown in Brazil? 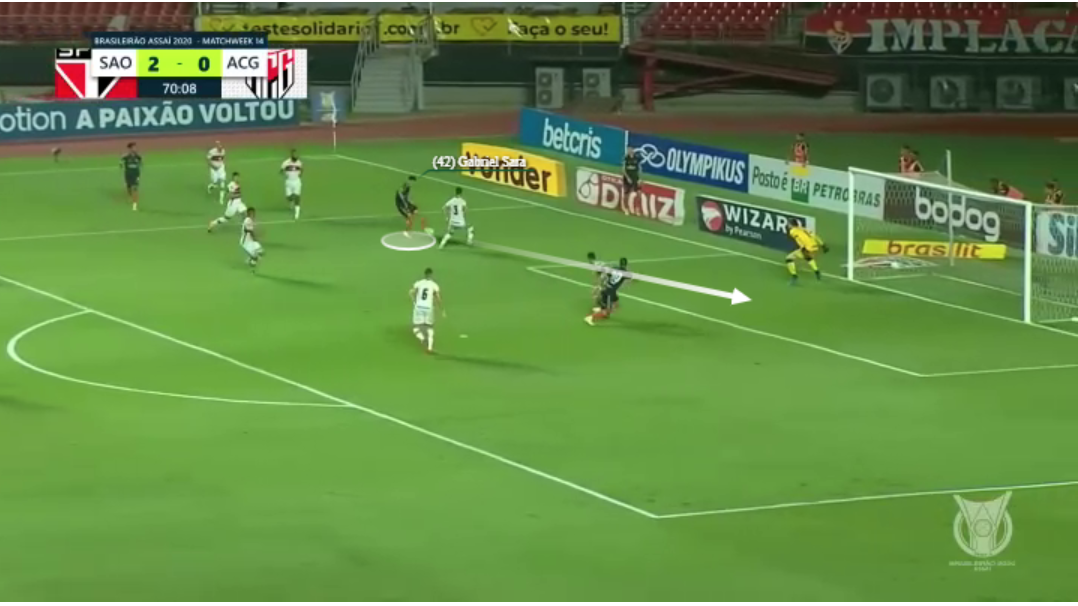 Once a figurehead of Norwich and Hull City’s Premier League attacks, along with the scorer of one of the Republic of Ireland’s most famous goals at Euro 2016. Still trying to show that class today, Brady has taken to Preston after his release from AFC Bournemouth, but the left-sided winger will need to rediscover the form showed in the top flight.

Brady hasn’t scored a goal since 2020 but has impressed during Preston’s pre-season, with him being touted as one step ahead of his teammates in terms of reading the game.

New QPR boss Michael Beale first saw Paal play at the age of 13 whilst playing at a youth international tournament in Turkey. The left-back should add a new angle of progression into Beale’s back line, as he frequently did during the past season with PEC Zwolle in the Eredivisie.

His attacking contributions were low in the Netherlands but the new manager seems to feel he’s the perfect fit for a new era at Loftus Road. 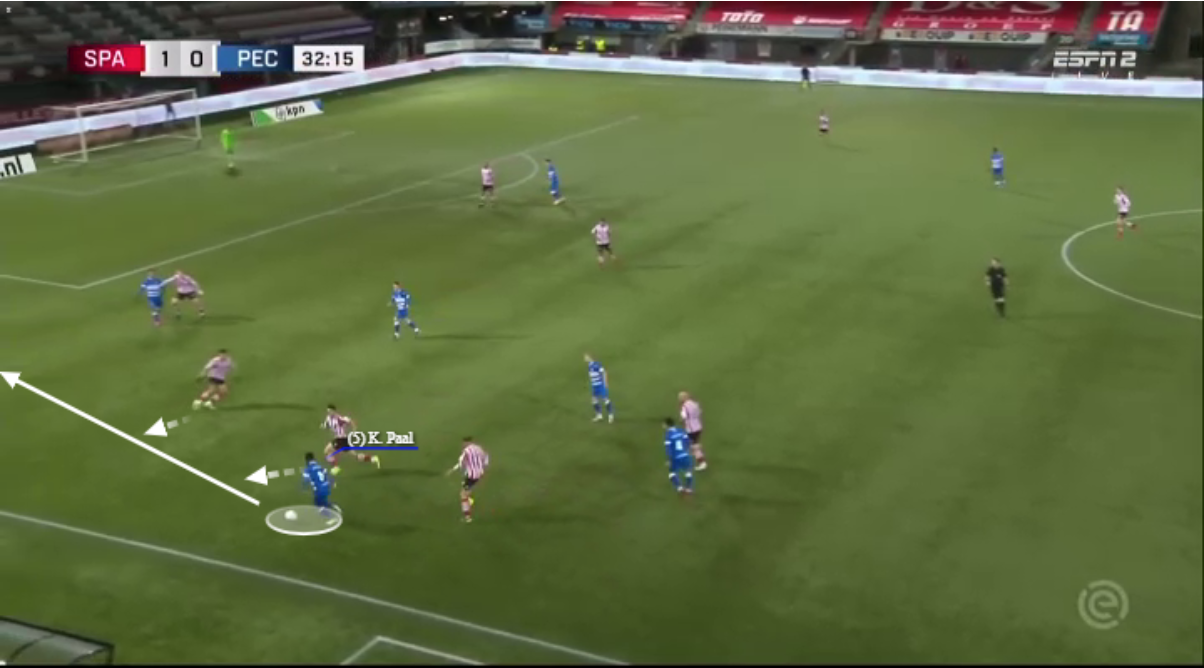 A real club legend at Reading, Long has made a return to the Select Car Leasing Stadium on a free transfer after the expiration of his contract at Southampton. Will this move end up damaging his Royals legacy? With only three goals in two years, there’s little to suggest that the 34-year-old can bring back the form that saw them promoted in 2010/11.

Ogbene provides a versatile prospect down the right-hand side for Rotherham, with three goals and five assists in League One last season, he’ll aim to push himself up a division. But he often finds his best form on international duty for the Republic of Ireland, the wing-back can provide a huge amount of dynamism on the wings.

His crossing ability combined with his versatility makes him a huge excitement for Millers fans heading into the 22/23 campaign. 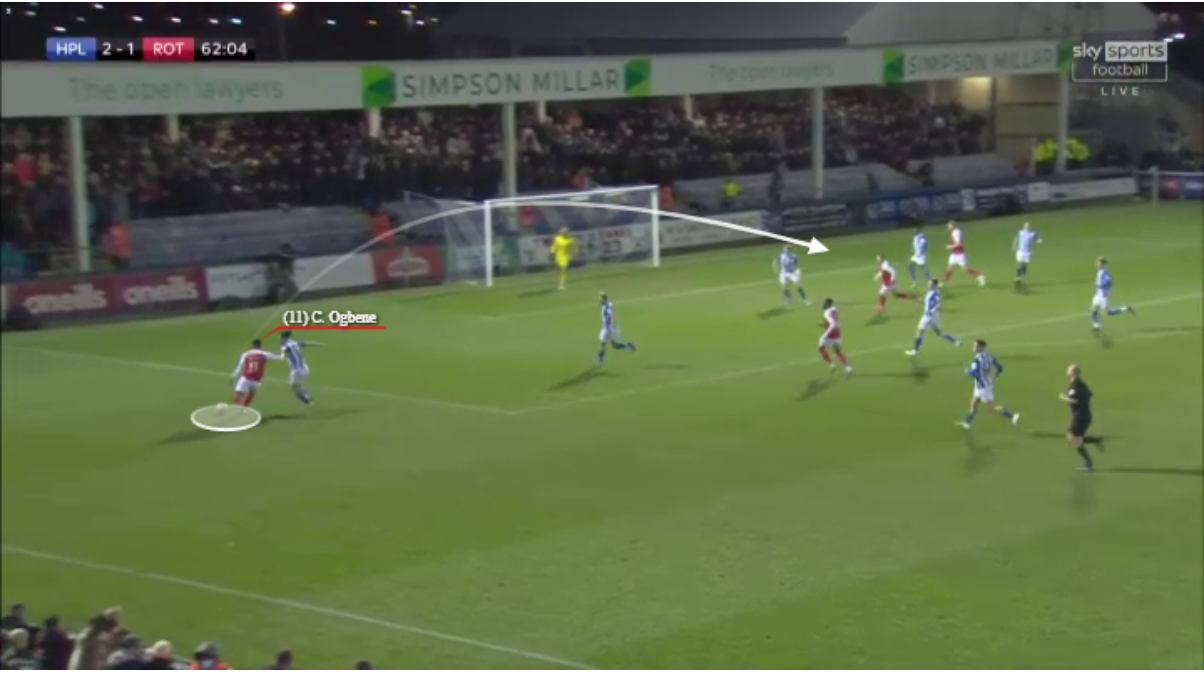 Young, progressive, and exciting, Ahmedhodzic has attracted lots of Championship interest after an impressive loan spell at Bordeaux. Still only 23 years old, the defender holds 18 caps for Bosnia and Herzegovina and a wealth of experience in the Swedish Allsvenksan.

Ahmedhodzic’s most interesting asset is his ability to not look out of place when dragged into the wide channels, and is more than able to do so without leaving the defensive line massively exposed – something that will be very useful in the English second-tier. He can easily pick passes down the channel, or even switch the play with long diagonals – especially as teams tire. 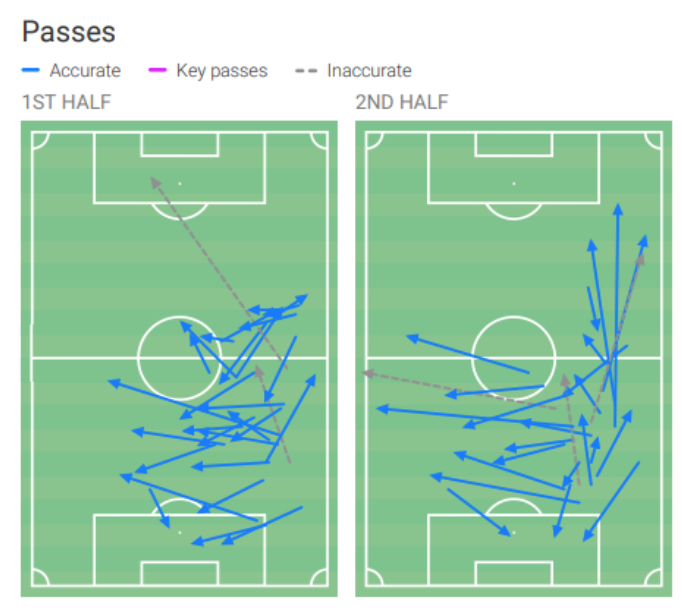 The midfielder is a tidy passer in front of the back-line and initially impressed former club Reading whilst plying his trade at Shrewsbury Town.

But his most interesting attribute comes when he takes the ball off the defence’s toes and roves forwards at speed, disrupting opposition structure and progressing his team well. In a better side than the one he was in at the Royals, Laurent could flourish in his preferred role back in the Midlands.

Bucking the aerially dominant trend whilst on loan at Millwall last season, the Arsenal youth academy product didn’t quite show the full package at the Lions. He’s much more than no-nonsense and is more comfortable at carrying the ball than data suggests and that ability is occasionally on show when playing international football for Northern Ireland.

Sunderland have an exciting season ahead, and signing a young exciting centre-back to compliment that has intrigued the fans nicely during pre-season. 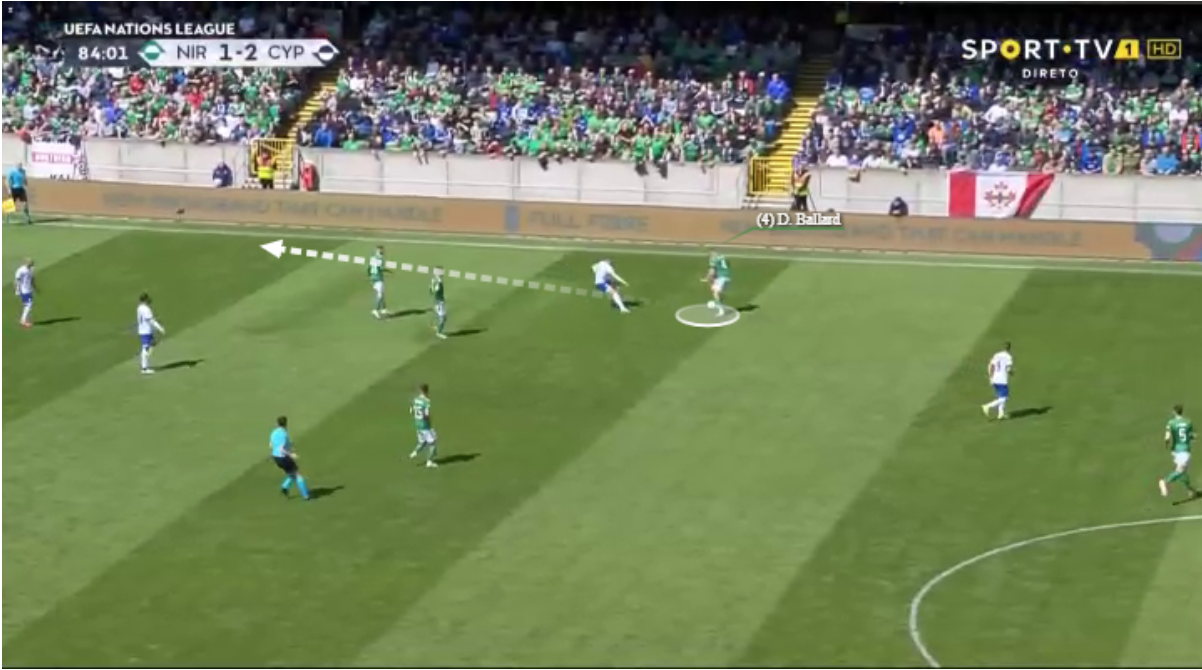 On loan from Brighton and Hove Albion’s affiliate club, Union Saint Gilloise it’s certainly an interesting move to bring in the winger, who was used sparingly by former boss Felice Mazzu last season. But for what is a fairly random signing, he seems an ideal fit for Russell Martin’s system and is more than adept at playing as a wing-back.

Although it’s a relatively small sample size in terms of data, Sorinola does rank in the top 80% for successful dribbles per 90 minutes played in Pro League A.

The six-foot striker enters the Championship frame with a mixed reputation on his way from the Belgian league. Many will know him from his slightly underwhelming time at Celtic, but others may be more familiar with his standout campaign with Sporting Charleroi last season.

Bagging an impressive 0.71 goals per 90 with Les Zèbres, Bayo was wanted by new head coach Rob Edwards along with Barcelona B striker Rey Manaj to bolster his striking options. Can the Ivorian replicate his form in the English second tier and extinguish his Celtic hoodoo? With Edwards, he seems in good hands. 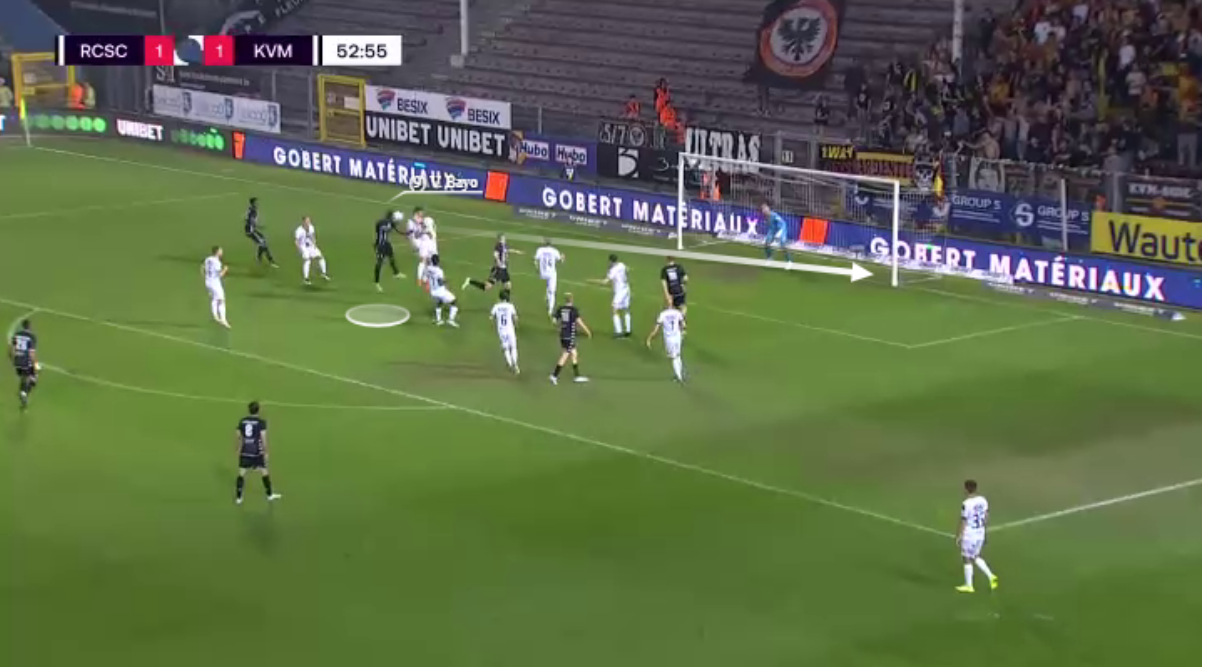 Signed to replicate the form produced at Barnsley under Valerien Ismael, Dike found himself injured after only 92 minutes played. It was a devastating blow upon his return to the Championship, but the American international will be hungrier than ever to finish off the chances likely to be created by new signings John Swift and Jed Wallace.

Dike’s resurgence may take time to come, but there’s no doubt a goal early on in the season will aid the 22-year-old’s confidence.

Scoring 15 League One goals last season, Lang did attract interest from the second tier as Wigan continued to show promise and fly towards the summit of the league table. With a good poaching instinct, the forward flourishes when feeding off scraps left by a target man alongside him in the front line. 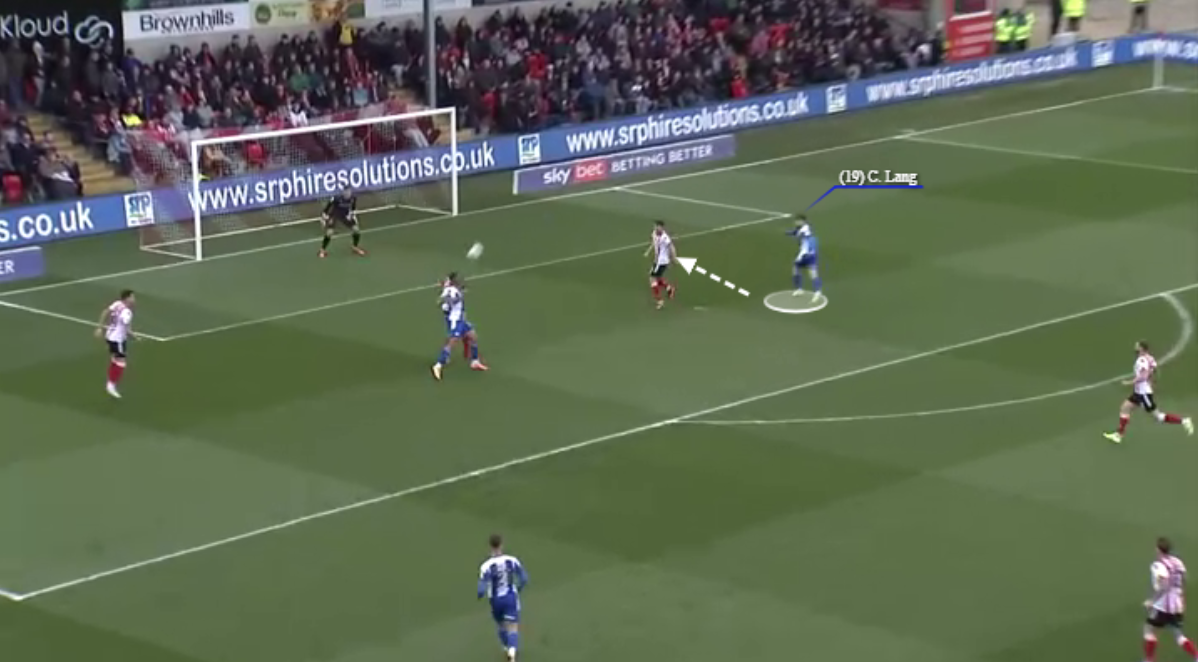 Often finding gaps for knockdowns and also capable of driving the ball across the goal from wide positions, Lang will be essential for the Latics to mount a survival push.