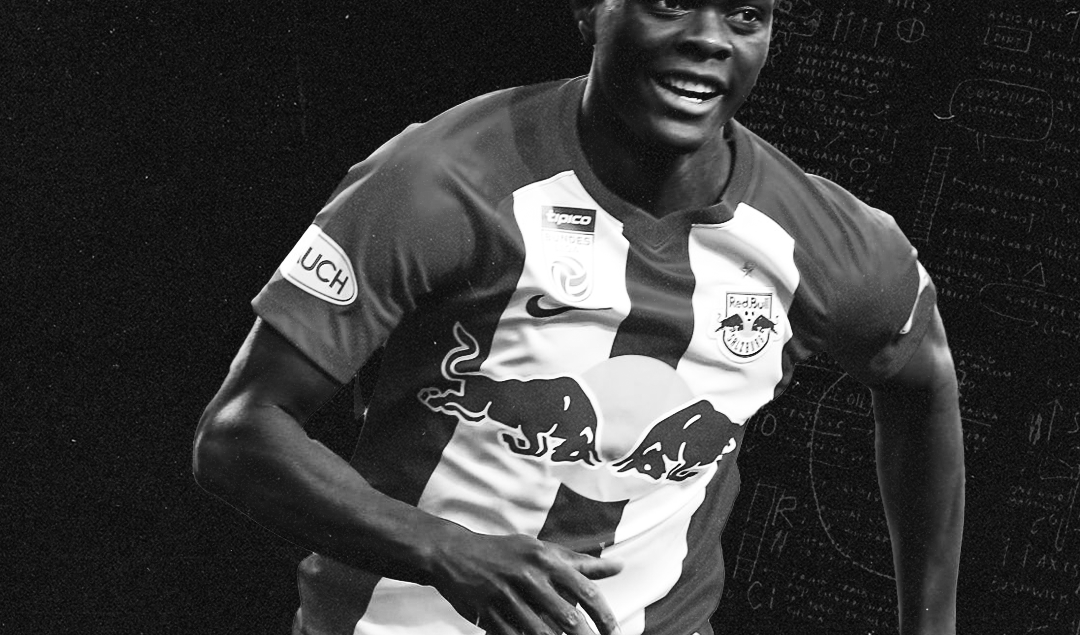 On 12 February 2012, Zambia took to the pitch against Ivory Coast for that year’s final of the African Cup of Nations. Being the underdogs against a team that contained the likes of Didier Drogba, Wilfried Bony, Yaya Touré and more, the scenes that night in Libreville, Gabon, would inspire a generation.

After a goalless two hours and a marathon penalty shoot-out, the East African nation lifted the trophy and would give the future a target to chase. One of the people enjoying that night was a young Patson Daka, who would set himself personal goals to achieve and carry his nation to further success in the future.

Fast forward eight years and this 21-year-old forward seems to be on the right path. Daka ended the Austrian Bundesliga season as the second-highest goalscorer with 24 as Red Bull Salzburg won a seventh league and cup double – this one being one of the more impressive ones as their attacking force was unstoppable under Jesse Marsch. Daka’s career took off at Kafue Celtic, one of the famed Zambian clubs who have an academy to boast about. Born to a father whose passion was also football, Daka came through the ranks of the same academy that produced players like Nathan Sinkala, Stoppila Sunzu and Kennedy Mweene – three players who etched their name in the nation’s footballing history for being a part of that glorious Zambian team of 2012 and scoring in the decisive penalty shoot-out.

It was in that year where he got his first break: Airtel Rising Stars, an event organized by the telecom company were hosting trials for young talent and Daka, who had been writing an exam at the time it started, quickly rushed home to get his kit and get on the pitch. Ten minutes were enough to impress the watching coaches, and he was suddenly on the radar of the country’s youth teams.

Over the next few years, he would enjoy great personal success such as representing the country at the U-20 African Cup of Nations in 2017 where he finished as the joint top scorer with four goals and even won the Player of the Tournament award.

A few months after that, Zambia were at the U-20 World Cup in South Korea and Daka scored twice, including one in the lost quarter-final against Italy. Zambia were progressing, and Daka was at the forefront of their success at youth level.

It was earlier that year that the youngster got his move to Europe, where Red Bull Salzburg’s famed African scouting prowess helped them identify Daka through 12MANagement, an agency for young African footballers run by former Sevilla and Tottenham Hotspur midfielder Frédéric Kanouté. Salzburg’s previous alumni from Africa included Sadio Mané and Naby Keïta and they backed Daka to be the next big thing.

Immediately, he made an impact. Playing for FC Liefering, Salzburg’s developmental team in the second division of Austrian football, he would acclimatize to European football. Liefering is vital for players like Daka as they learn to play against older, clever talent before being taken up to the first division once they are ready – many current and former Salzburg players see this as a vital part of their development.

Along with that, Salzburg were also in the UEFA Youth League – the Champions League for Europe’s best U19s, where under current Borussia Mönchengladbach coach Marco Rose, they were fighting for the title.

Going through the rounds, Salzburg were squaring off and unexpectedly beating some of Europe’s most prestigious youth teams: Manchester City, Paris Saint-Germain and Atlético Madrid were all taken apart in a deserved run to the semi-finals where they faced off against Barcelona.

Against the Catalan club, the Austrians were relentless and they sealed a come-from-behind 2-1 victory in Nyon – the scorer of the winning goal? Daka. He was at the end of a cross to put Salzburg in the final against Benfica, which they won, with Daka having another important role: scoring the equalizer through a header from a corner.

To understand Liefering’s importance in all this: the team that started the final against Benfica had already made over 140 senior appearances in the second division – most U19 teams see their players make a handful of appearances at senior level, mostly from the bench as well.

The next few years would see Daka get promoted to the senior team more often, but rarely used to get time to make an impact. Moanes Dabbur, the Israeli forward who now plays for Hoffenheim, was Salzburg’s leading man and there were a few behind him in the pecking order. Still, Daka was young and considering the promise he had shown early in his career, it was certain his time would come.

After Dabbur left in the summer of 2019, Daka was promoted to being the man to lead the line along with the emerging Erling Håland. The first half of the season saw the headlines belong to the Norwegian – mainly due to his extraordinary Champions League exploits, but after his departure to Borussia Dortmund, Daka got more opportunities and took them well.

Even while he shared the responsibility when Håland was around, he took them well – at one point, he was one of Europe’s most prolific forwards, scoring at a better rate than the current Dortmund man – but due to his silence on the European scene, he didn’t quite grab the attention he richly deserved. 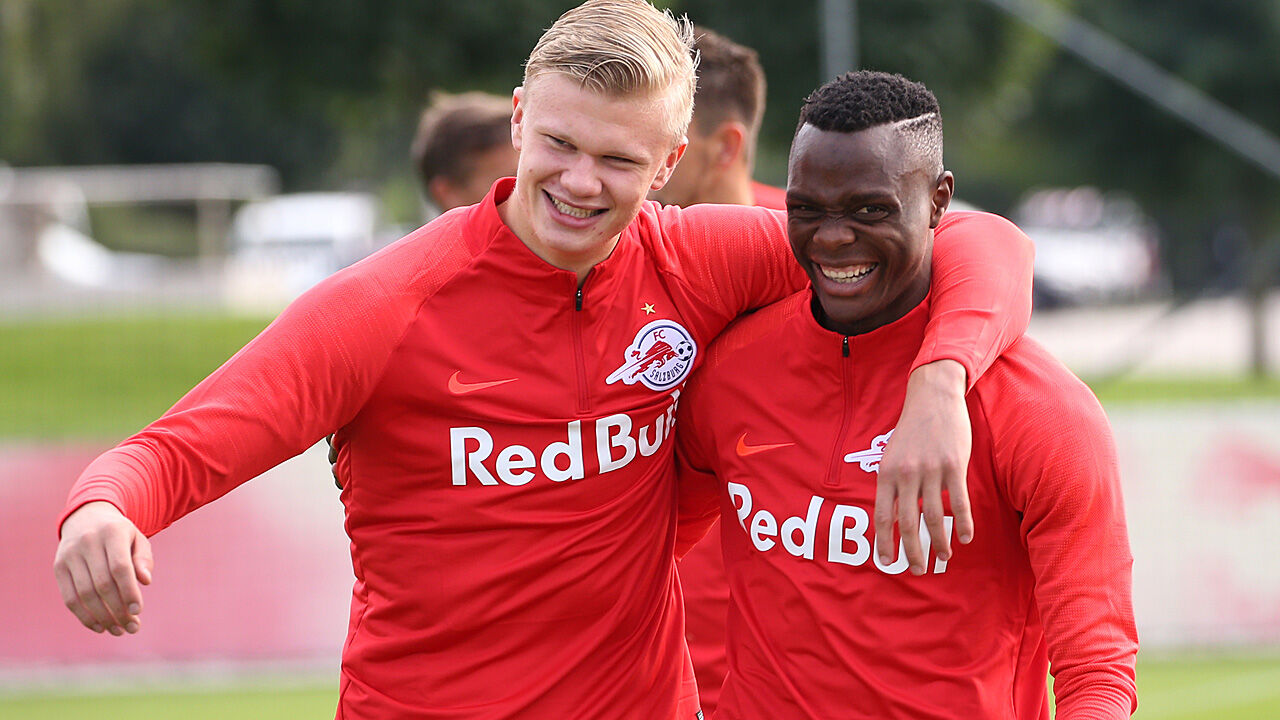 Granted, some of these numbers come down to Salzburg’s supreme dominance and Marsch’s team being the Bundesliga’s most prolific attacking force ever, it’s still a testament to the quality of Daka that he is so good in front of goal. Had he been the main man throughout the season, the top scorer gong would most certainly have been his.

Away from numbers, it’s easy to see why Daka is so highly rated. His highlight reel for the season is a complete collection of clips coaches dream of seeing in their forwards: a solo goal after a burst of pace against Hartberg; a double against title rivals LASK away from home – both after intelligent runs that exploited the defence and using both feet for either finish; a scorcher from outside the box against Mattersburg and plenty more that only exemplify his qualities.

Daka also creates chances at will, with his ability to play on either flank and relative two-footedness coming in handy. In short: he’s the next prospect that’s going to be linked to clubs all over Europe very soon and a big money move seems certain.

He’s got it all in abundance and now Salzburg have to manage him right to get the best out of him – an area they have immense expertise in. Champions League football isn’t certain for them next season, but if they get there and Daka continues his form domestically and in Europe, the talk surrounding him will sky rocket. 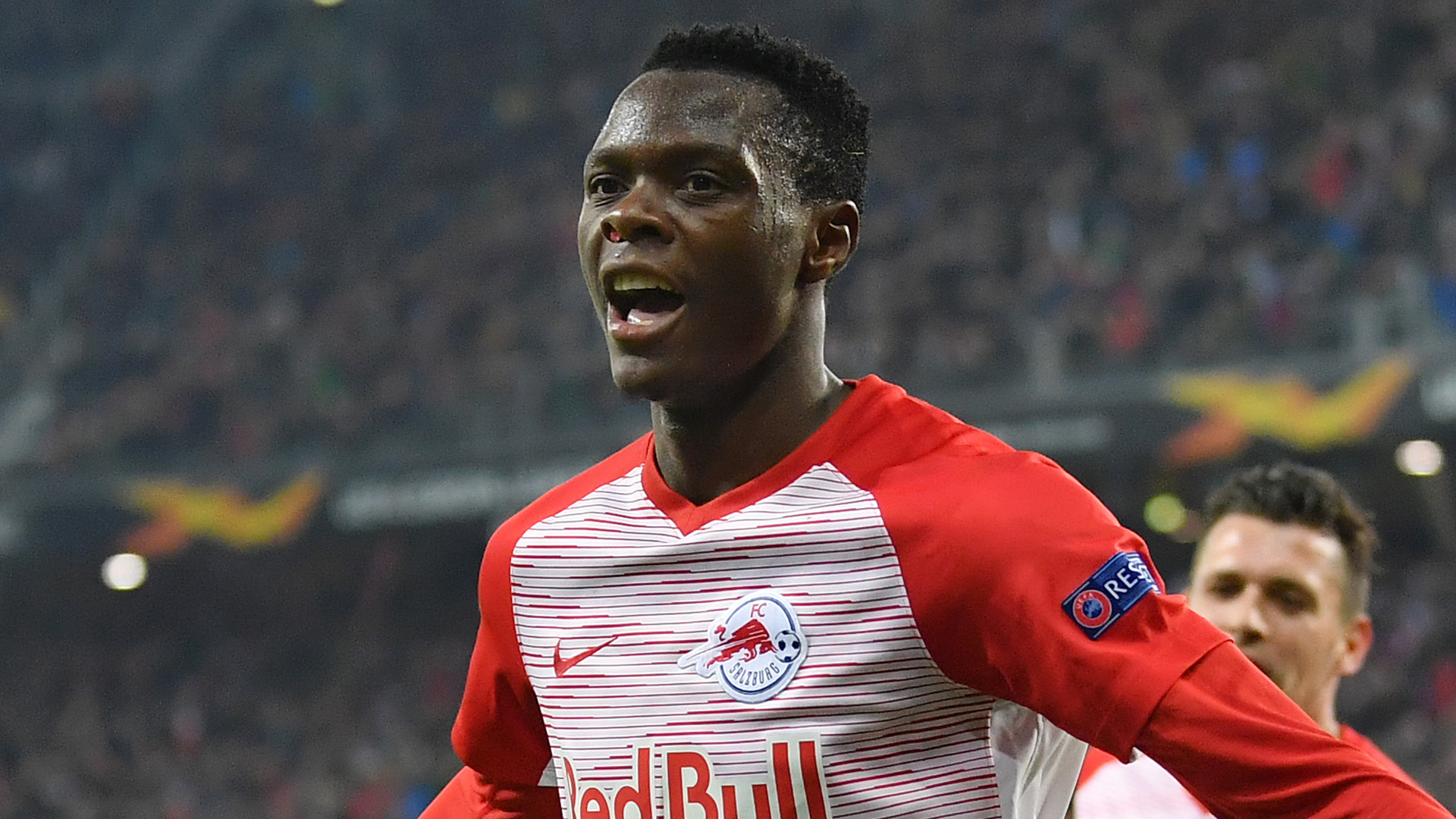 Staying in Austria for at least another year seems to be very likely and it would be the smarter option. With the likes of Dominik Szoboszlai and Hwang Hee-chan set to move to Milan and RB Leipzig respectively, it will be Daka who will be the leader of the attack and given Marsch’s liking of the forward and the obvious attacking exploits we’ve seen from Salzburg this season, it’s highly possible that Daka enjoys another excellent campaign in 2020/21.

Along with that, Zambia themselves can enjoy his rise. Daka’s team-mate at Salzburg, Enock Mwepu, is another that people expect great things from and Kafue Celtic continue their consistency in talent development: players like Tony Mundia and Francisco Mwepu, Enock’s brother, are more talents European clubs are keeping an eye on.

Given the time, the glory of Libreville may be relived again very soon and maybe, if things go to plan, this generation could be the one that takes Zambia to the World Cup finals for the first time ever. That’s still far away. For now: Daka is carrying the flag with pride and he’s doing a very good job with it.