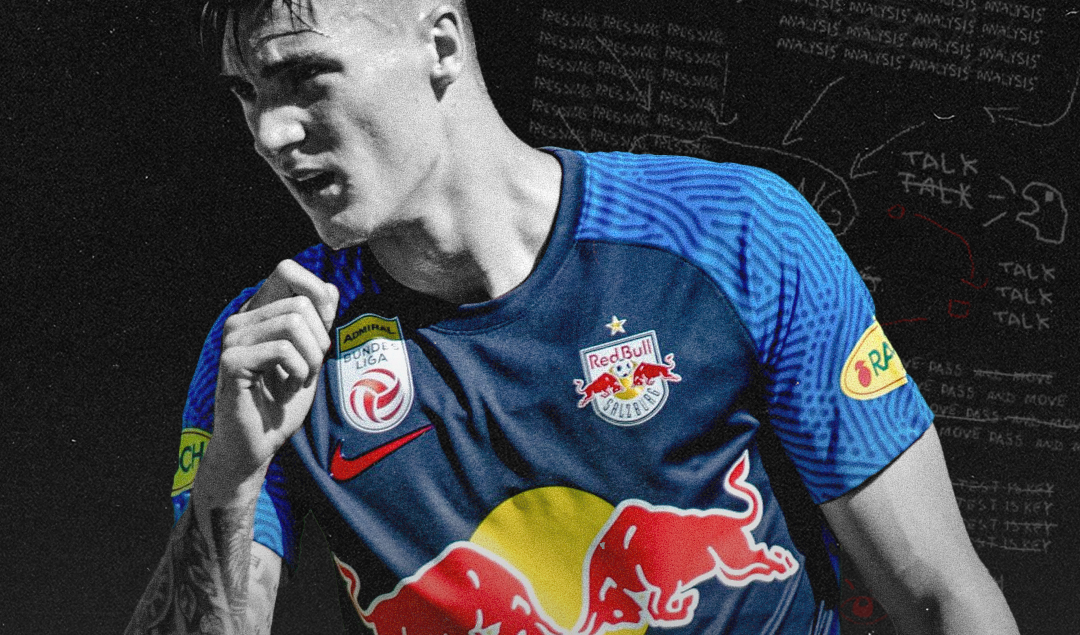 RB Leipzig have signed four strikers since August 2020 and their form has ranged from underwhelming to complete failure, but their latest recruit could be the first to break the duck.

That’s not referring to the return of Timo Werner either, the man who prompted the £40m-plus spent on Alexander Sorloth, Hee-chan Hwang, Andre Silva and Brian Brobbey.

He may only have 26 appearances in the Austrian Bundesliga and just six in the Champions League, but that’s not stopped Benjamin Šeško from being wrapped up as a Leipzig player early on. The 19-year-old will join up with the Germans in a year from sister club RB Salzburg.

Matthias Jaissle, Salzburg’s manager, has told SportBild that he’s “a dream of a player”. The 34-year-old German went on to say: “He is a very complete striker. You would dream of his assets as a coach: he is fast, tall, technically good.”

Consider that, just since 2019, RB Salzburg have brought Patson Daka, Enock Mwepu, Dominik Szbooszlai, Erling Haaland, and Diadié Samassékou to Europe’s big five leagues, and this type of praise is no doubt exciting.

Why Is Everyone Getting So Excited About Šeško?

In the young generation of strikers coming through Europe, most are tall but well-rounded players who bring more to the table than just goals. Think Gianluca Scamacca, Hugo Ekitike, Darwin Núñez, and even Erling Haaland.

Šeško is no exception to this rule, as the Slovenian stands at 6ft 4, but he feels a little more like a Haaland than a Scamacca. He uses his frame to take huge strides with the ball, building great speed in and out of possession very quickly.

This helps not only when running on the counter with RB Salzburg, but also pressing out of possession. Wyscout Data shows that he was winning 2.19 defensive duels in the opposition half p90, just under Karim Adeyemi’s 2.26 p90, but that doesn’t do justice to how ferocious he is in the press.

What’s most exciting is his finishing. A goal conversion rate of 11% from last year’s league minutes is not cogent, but the goals that Šeško does score are like darts thrown by a machine.

The shots come after the striker has got his head up and scanned the keepers position, before lasering in his finish usually to the bottom corner.

His goal against Klagenfurt from April is one such example, where Šeško picks his place so accurately and leaves the goalkeeper no chance.

It’s worth noting to that of his five league goals last season, they were fairly evenly split between his head (1) his right (2) and his left (2).

Already capped 13 times for Slovenia’s national team and recently scoring his second goal for his country against Serbia, Šeško’s stocks are rising fast internationally too.

National boss Matjaž Kek invested in those early, labelling him a great talent just under a year ago in a press conference.

What Does He Need to Work On?

The main place Šeško can improve and will probably need to improve is hold-up play. Romelu Lukaku showed at Chelsea that if you’re in a system where you need to use your body to bring others into play and you can’t do that, things can fall apart quite quickly.

The technical quality he has can’t be argued with, which does bode well for him keeping the ball in tight spaces Scammacca-like. Just look at his performance against Liverpool in a recent friendly.

Benjamin Šeško 🇸🇮 was so great against Liverpool today. Just another opportunity to show himself that he managed to take an advantage of.

Scored the winner in the 1:0 win, and also did some skills. 🌟 #Seskopic.twitter.com/j5nc3txfUa

Yet in last season’s Champions League, where the Slovenian was the target of 126 passes in his limited minutes, he received the ball successfully just 46% of the time. That could be down to the way Salzburg pass in a risky fashion, but it’s a point of caution.

It’s also worth noting that despite the talent that has come through the doors of RB Salzburg in recent years and gone on to succeed elsewhere,  Šeško isn’t guaranteed a successful future.

How Will He Do at RB Leipzig?

With the return of Timo Werner and the second season of Andre Silva, Šeško is going to need to take every opportunity that comes to him and perform.

Even though he doesn’t actually move to Leipzig until the summer of 2023, this club will be chasing down a Bundesliga title by that stage. The mess that has been Brian Brobbey at Leipzig, where the Dutchman joined on a free from Ajax before returning after a year of zero gametime, serves as a red flag to anyone trying to break into this team.

Yet one more season in Austria, where Šeško isn’t sharing minutes with Karim Adeyemi, could be what he needs to make himself at the least a rotation option in Germany. Right now we’re still talking from a small sample size, but since he already has his first goal of the season, we should be hearing more about this hot prospect.