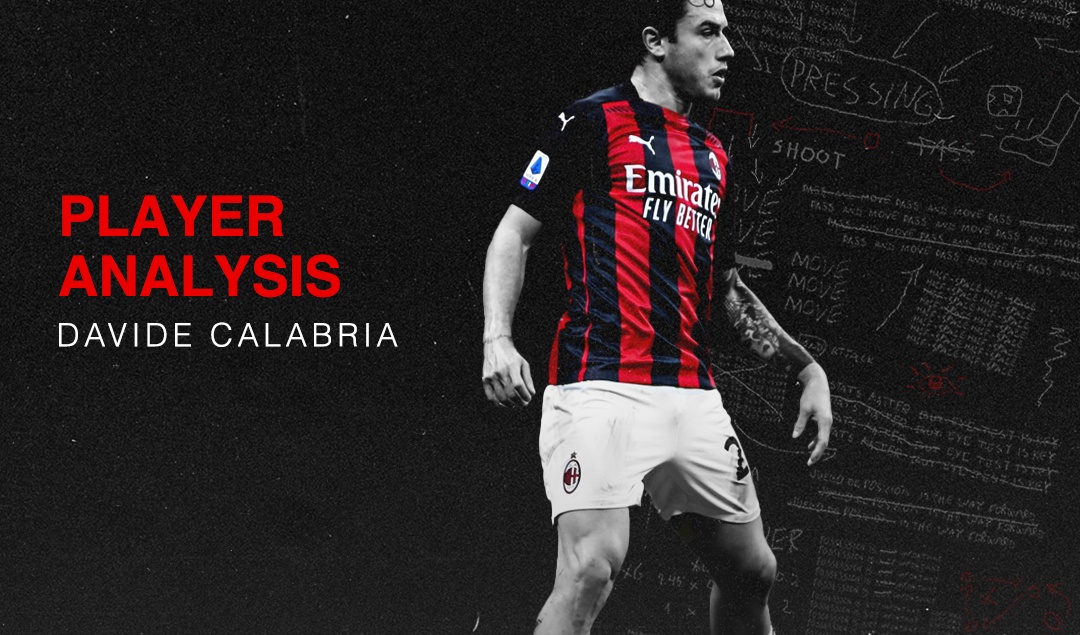 One year ago, Milan found themselves in 10th place in Serie A following a failed experiment with ex Sampdoria manager Marco Giampaolo, who was sacked on October 8, 2019, and a shaky start under caretaker manager Stefano Pioli. Today, they find themselves atop the league table, having taken 26 points from their first 10 fixtures, whilst also winning their Europa League group to seal progression into the knockout round.

Just as the Rossoneri have enjoyed a 180 under Pioli in the past few months, Milan right back Davide Calabria has enjoyed a similar turnaround in form. After being relegated to a bench role for much of the previous campaign, Calabria has become a vital performer in defense for Il Diavolo.

Born in Brescia, Lombardy, Calabria joined Milan’s academy in 2006, working his way up the youth ranks before making his senior debut on March 30, 2015, coming on for Mattia De Sciglio in a 3-1 away win against Atalanta. Whilst he was given a brief run of starts under manager Siniša Mihajlović, he was largely forced to bide his time on the bench behind De Sciglio and veteran Ignazio Abate.

Calabria’s pathway to the starting eleven was complicated even further after the purchase of Andrea Conti from Atalanta for €25 million, and rumors emerged that he would depart on loan to a bottom-half Serie A side. However, on September 15, 2017, Conti suffered an injury to his left anterior cruciate ligament, effectively sidelining him for the entirety of the campaign.

With Conti unavailable, Calabria quickly won a starting spot under manager Gennaro Gattuso, impressing with his calmness on the ball, his awareness of when to go forward and when to stay back, and his ability to make a clean tackle and win the ball back in a dangerous area. 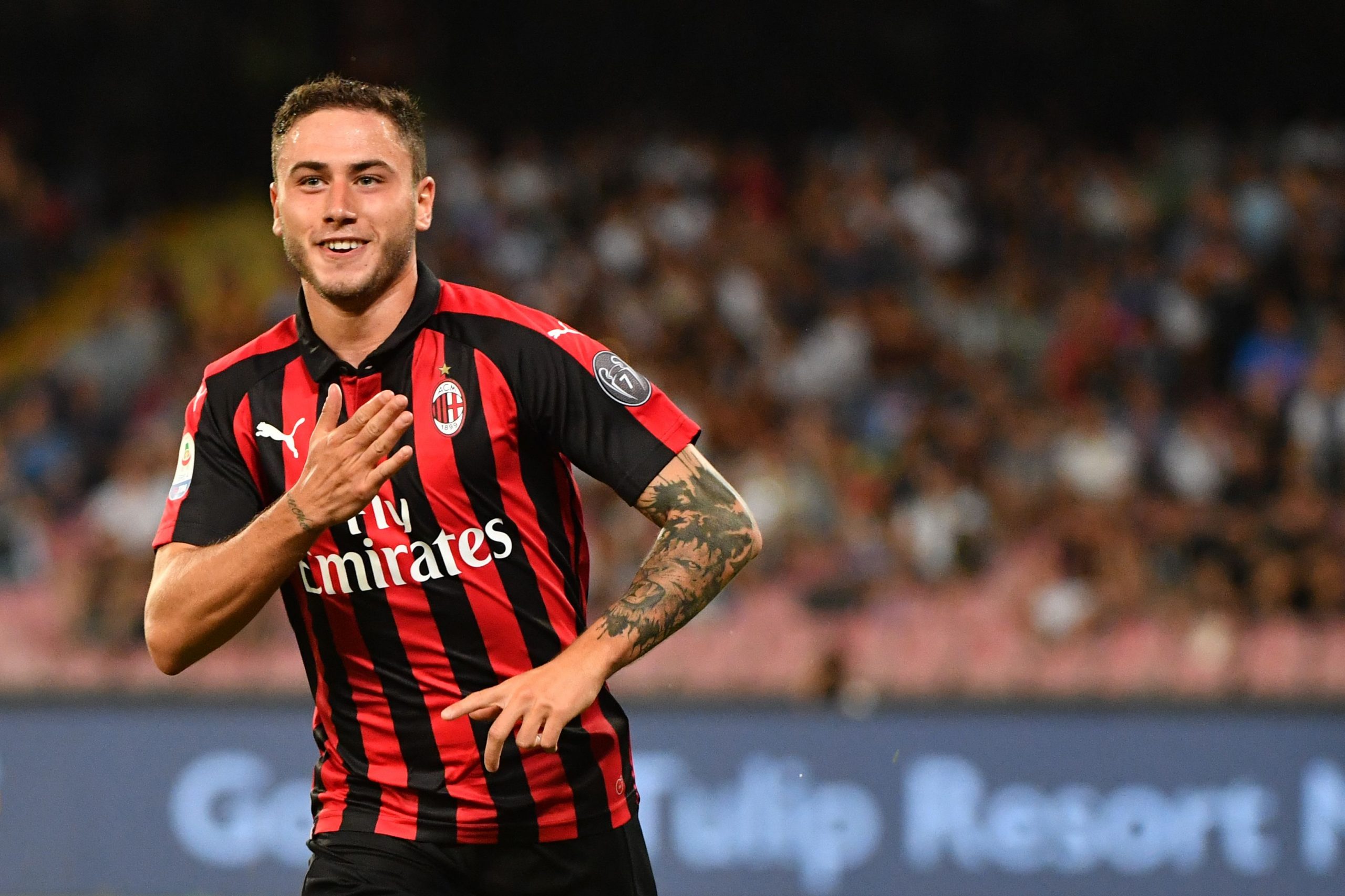 His first senior goal came on February 25, 2018 against Roma at the Stadio Olimpico. Calabria collected the ball, played a quick one-two with Nikola Kalinić, controlled the return pass, and chipped the ball over Alisson with a deft touch of a trequartista, a goal that harkened back memories to his time as a midfielder in his youth. Milan would go on to win 2-0, with Calabria’s goal sealing the victory following Patrick Cutrone’s opener.

Calabria continued to impress under Gattuso the following season as Milan finished one point off Luciano Spalletti’s Inter, who sealed the final Champions League spot, and advanced to the Coppa Italia semifinals, where they were eliminated by Lazio following a goal from Joaquín Correa in the second leg.

The 2019/20 season was a volatile campaign for both Milan and Calabria. After failing to achieve their primary objective of Champions League qualification, sporting director Leonardo and manager Gattuso both announced their resignations, with former Milan players Paolo Maldini and Zvonimir Boban stepping into backroom roles.

Following a successful season with Sampdoria, Giampaolo was hired as manager, but he would last just four months before being given his marching orders. Pioli took charge on October 9, with Milan 13th in the league, and he immediately made several changes to the team. He phased out veteran midfielder Lucas Biglia for new arrival Ismaël Bennacer, switched to a 4-2-3-1 after originally going with a 4-3-3, and incorporated January signings Alexis Saelemaekers, Zlatan Ibrahimović and Simon Kjær into the line-up.

One of those changes came at the right back position. Calabria missed out on Pioli’s first game in charge due to an accumulation of yellow cards, and came off the bench for the next two fixtures against Roma and SPAL. Pioli entrusted him with a starting spot against Lazio, but Calabria delivered a torrid performance against the Biancocelesti as Simone Inzagi’s side took all three points following a late goal from Correa.

Conti gradually solidified a starting spot at right back, whilst Calabria would only last the full 90 minutes on two occasions prior to the COVID-19 break. As the ex Atalanta man continued to impress under the interim manager, it seemed inevitable that Calabria would pursue a move in the following transfer window. However, his fortunes changed on July 15.

Milan entered halftime losing 1-0 to Parma at the San Siro, and in order to provide a spark off the bench, Pioli took off Conti, who had been booked early on for a foul on Gaston Brugman, and subbed on Calabria. Calabria provided both an attacking outlet down the right and greater solidity at the back, and his combination play with Rafael Leão caused plenty of trouble for Parma left back Riccardo Gagliolo.

It was Calabria’s cross that eventually led to Franck Kessié’s equalizing goal, and he continued to create plenty of havoc against the Crociati’s left flank as Milan rebounded in the second half to secure a 3-1 victory. Calabria was given the start in defense the following game against Bologna and repaid Pioli’s trust with the final goal in a 5-1 shellacking of Siniša Mihajlović’s Veltri side. 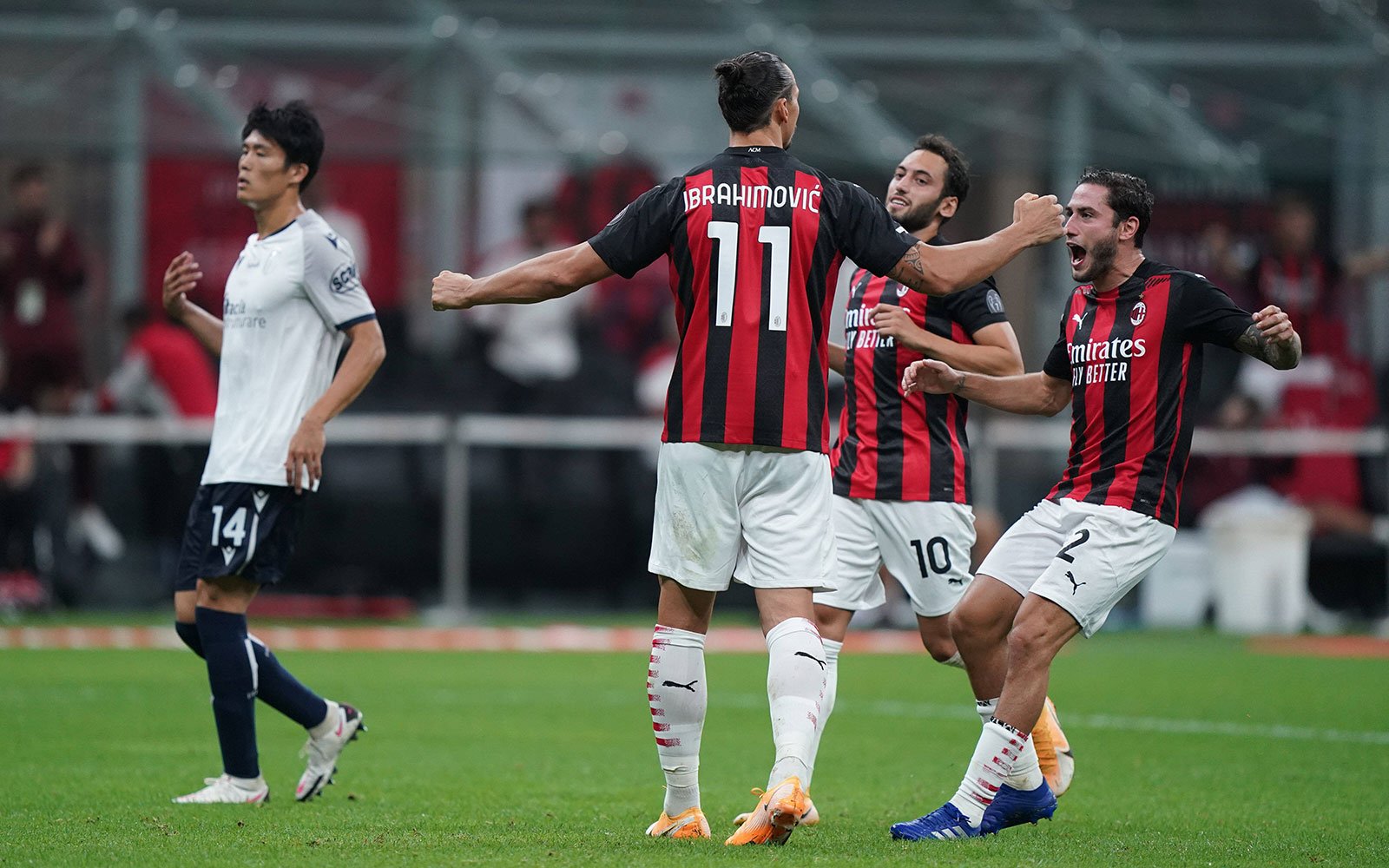 From that point onwards, Milan have ridden a wave of red-hot form under Pioli, winning their Europa League group and currently sitting atop Serie A with eight victories and three draws to start the season. Months after sitting on the fringes of the first team, Calabria has emerged as an undisputed starter under Pioli, playing the best football of his career at 24 years of age.

“I went through a tough period, I had to get out of it by myself. I had to roll up my sleeves and work,” said Calabria in a recent interview. “I had some calls but Milan never questioned me. Having players who have grown up in the youth sector is important for the club. It’s essential for the club to have players who know what San Siro and Milanello mean.”

Calabria has formed a dynamic duo with Saelemakers on the right flank, with the 21-year-old winger joining from Anderlecht in January and gradually impressing after a shaky start. He has become a vocal leader in the dressing room, passing on advice and encouragement to the Belgian.

He also made his senior debut for Italy’s national team, coming on as a substitute in a 4-0 friendly win on November 11. Whilst he will have to beat out the likes of Alessandro Florenzi, Giovanni Di Lorenzo and Danilo D’Ambrosio for a roster spot, if he maintains his level of performances for Milan, Azzurri manager Roberto Mancini will have no other choice but to call him up for next summer’s Euros.

Whilst 2019/20 was without a doubt the most challenging campaign of his career, Calabria had never quite managed to convince Milan fans in his 85 appearances prior to last season that he was capable of becoming the long-term solution at right back. He was accused of being too easily beaten in 1v1 duels, often finding himself out of position on the counter and leaving his team vulnerable at the back.

Despite his history as a central midfielder, Calabria also gained a reputation for giving the ball away too sloppily under no pressure. It led to many tifosi dubbing the Milan primavera product ‘nervous,’ ‘unprepared,’ and ‘not ready for the big games.’

Nevertheless, Calabria has shown rapid signs of improvement under Pioli, who has engineered the right balance to get the best out of his homegrown fullback. With Theo Hernandez constantly bombing up and down the left flank, Calabria is tasked more with the defensive side of the game, although he is proving to be no slouch in attack either. 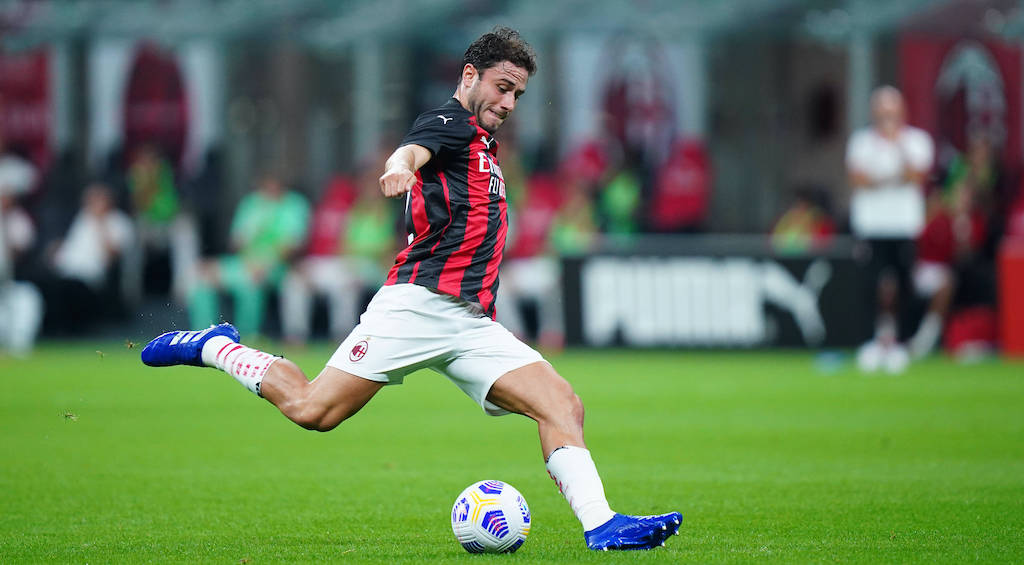 The once-unreliable defender of the past is now a tried and trusted 1v1 defender, utilizing his speed and low center of gravity to either slow down the opposition attacker or when the need arises, make a tackle. Whilst he still makes the average positioning error, Calabria’s ability to recover quickly and make up for his error has allowed Milan to remain compact in defense.

Whereas most forwards relish the feel of scoring a 30-yard screamer, Calabria thrives on getting stuck in and tackling the opposing player, and chases down any opportunity to do so with the will and energy of a hungry dog. He has averaged 4.5 tackles per match in Serie A this season; his nearest competitor, ex-Milan man and current Parma midfielder Juraj Kucka, has averaged 3.3.

One aspect of his game that has vastly improved is his passing ability. In comparison to last season, Calabria has completed more long balls per 90 (3.81), more through balls per 90 (0.38) and has assisted more shots per 90 (0.57). Furthermore, he has proven invaluable in Milan’s counter-pressing efforts, having completed 3.43 ball recoveries in the opponent’s half per 90 this season in contrast to just 2.47 last season.

Milan have enjoyed their hottest run of form in nearly a decade, although it’s still too early to make any premature comparisons to the legendary sides of the ’90s and early ’00s. Still, if this Milan side are to repeat their previous heroics, they will need a strong base from the academy, players who can motivate youngsters in the Milanello training center to push harder in pursuit of the dreams of suiting up for the Rossoneri.

Alongside Gianluigi Donnarumma in goal, Calabria is not only proving to be a vital performer in Pioli’s title-chasing Milan side, but a role model for the next generation of youth players plying their trade in Milan’s academy.