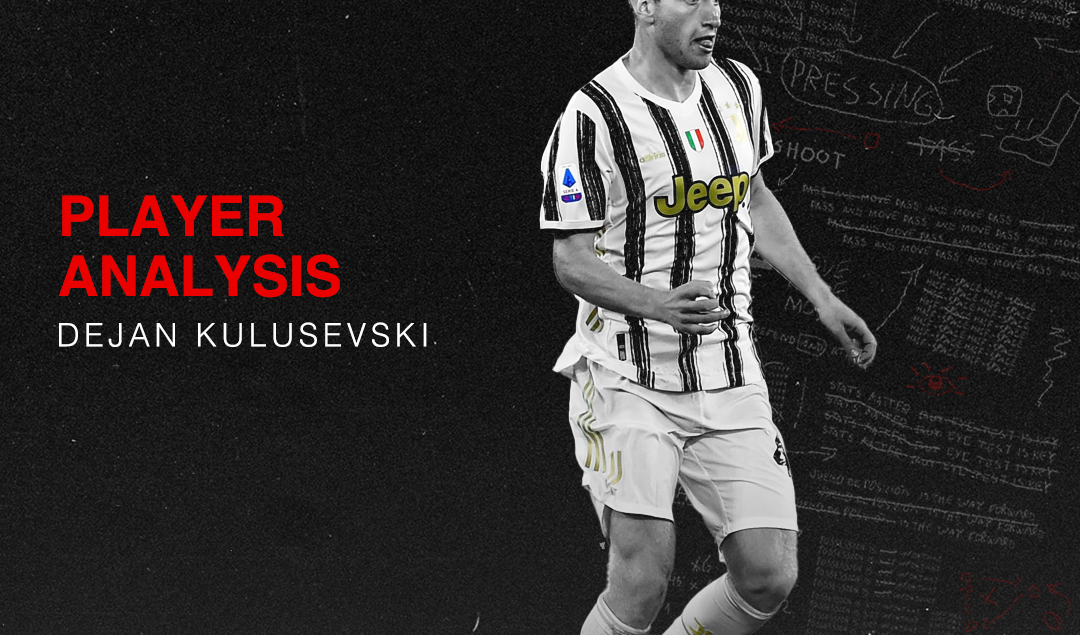 When Dejan Kulusevski joined Parma on loan in the summer of 2019, he was a 19-year-old winger who had played just 102 minutes at the senior level. Fast forward 15 months, he is now a starter for Andrea Pirlo’s Juventus, having joined on a four-and-a-half year deal in January.

Born in Vällingby, a suburb of Stockholm, Kulusevski was raised by a Macedonian father and a Swedish mother, and he began his footballing development at IF Brommapojkarna at the age of six, where he would quickly become the hottest prospect in the entire academy. Whilst he initially began as a defender, he soon converted into a midfielder, and at 16 years of age, he was spotted in a youth tournament by Maurizio Costanzi, the head of Atalanta’s academy, who brought him to Bergamo.

In his first season with Atalanta’s primavera side, Kulusevski scored 17 goals in 22 appearances; the following year, he provided 6 goals and 12 assists in 31 appearances. Perhaps the most impressive detail is that he managed those incredible goalscoring numbers whilst playing as a midfielder, not as an attacker.

In 2018/19, Kulusevski provided 11 goals and 14 assists in 23 appearance, and his performances led to Atalanta winning the national Primavera Championship for the first time in 21 years, where he was voted as the Player of the Tournament for his performances in the final stages of the tournament. His performances for the youth team even impressed Atalanta manager Gian Piero Gasperini, who gave him his Serie A debut against Frosinone. 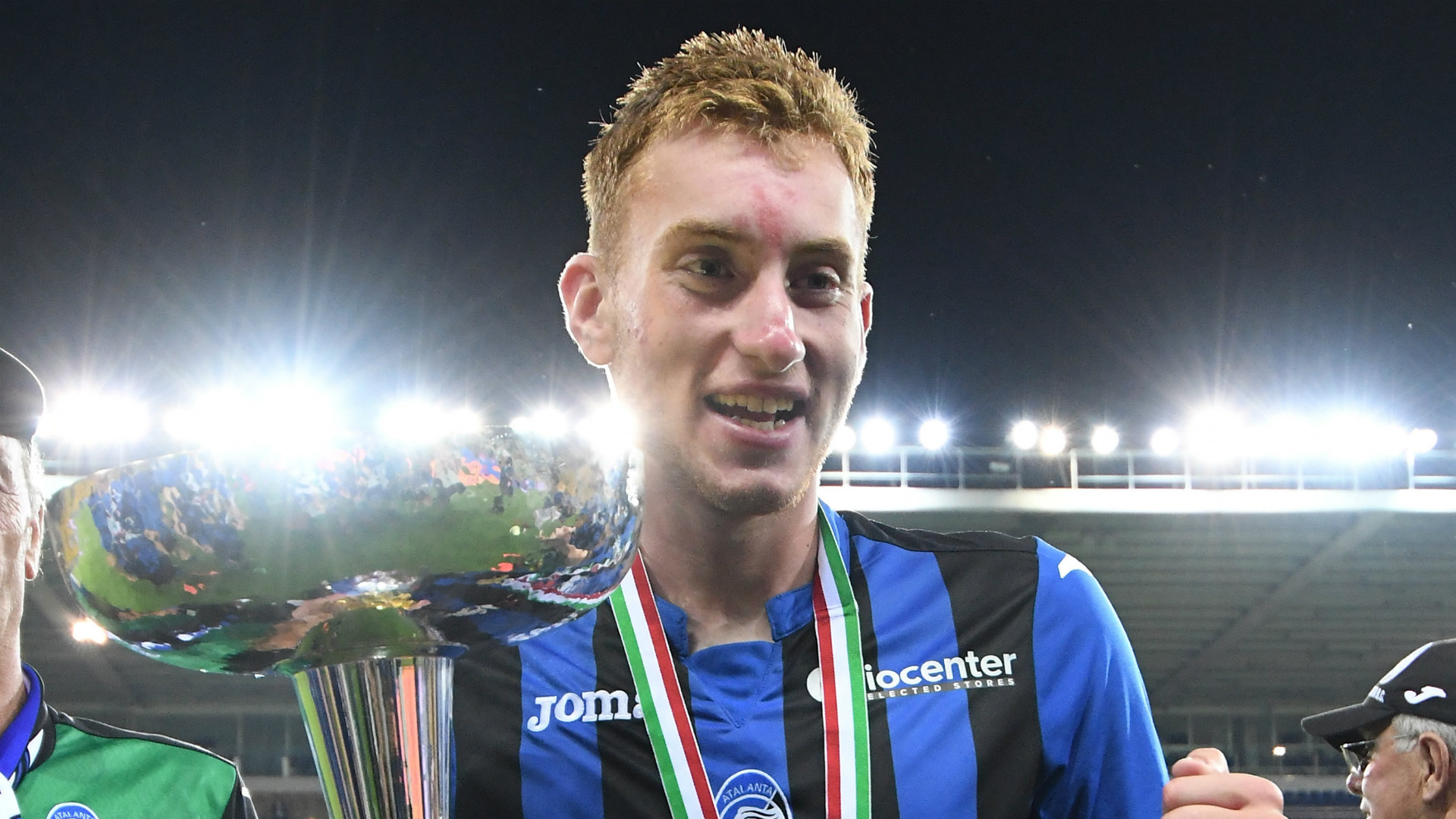 In need of consistent first team minutes, Parma brought Kulusevski in on a season-long loan, with I Crociati paying a €1 million loan fee for his services. His debut for Roberto D’Aversa’s side came against Juventus, where he was played on the right wing, a position that was relatively foreign to him, having mainly played in a midfield role at Atalanta’s Zingonia academy.

It didn’t take long for him to beat out the likes of Yann Karamoh, Mattia Sprocati, Luca Siligardi and nail down a starting spot at Parma. As the season progressed, he became more comfortable in the right wing position, playing on the right flank in a 4-2-3-1, a 3-4-3, and a 4-3-3, whilst also playing as an attacking midfielder in some games.

D’Aversa praised the teenager’s versatility, saying, “If you analyse the data, you can see that he is a boy who in every game covers 13-14 kilometres. If he learns to manage himself, to be less frantic and more decisive, he can really become an important player. I have no fear of saying that he can become a top player.”

By November, Kulusevski was the only teenager in Europe’s top 5 leagues that had provided 30+ shot assists in Europe’s top 5 leagues; by the Christmas break, he had registered 4 goals and 7 assists in Serie A. The likes of Manchester City, Inter, and Manchester United were in for his services, but it was Juventus who won the race, paying €35 million + €9 million in potential bonuses, a hefty profit on the €100,000 that Atalanta had paid for him in 2016. 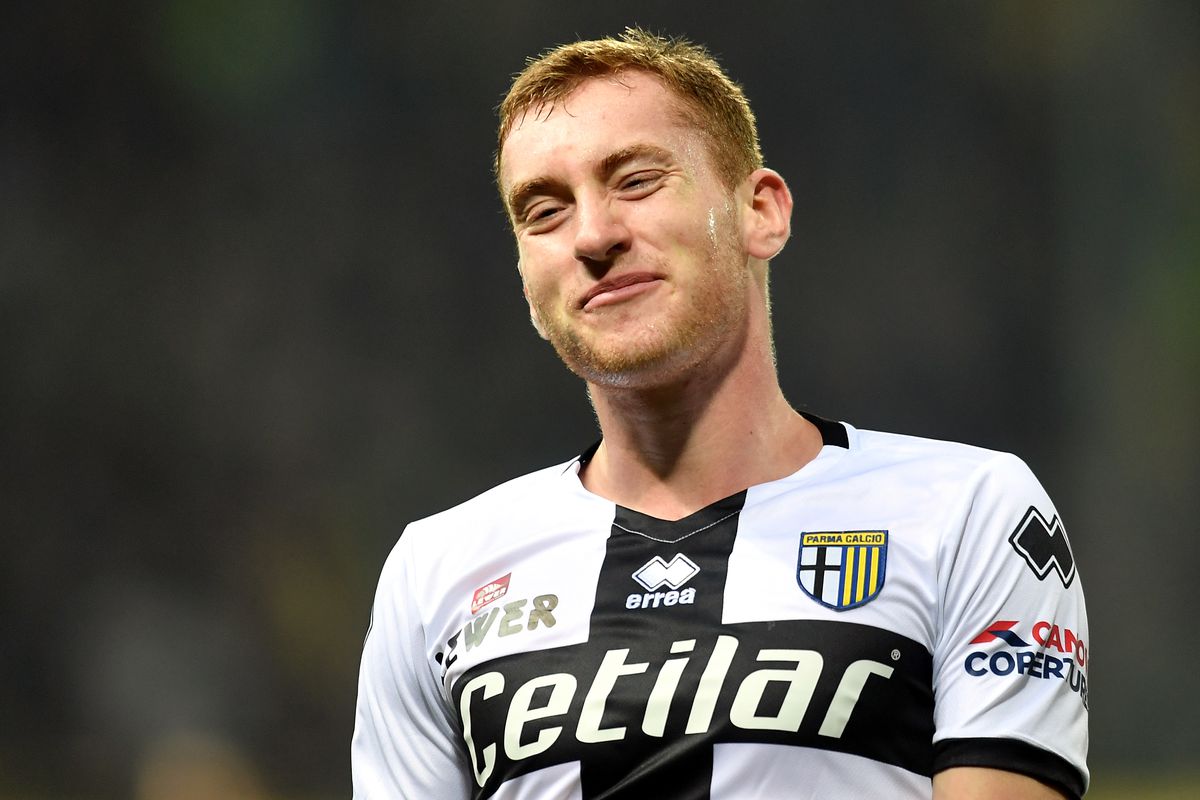 The Swede remained on loan at Parma for the rest of the 2019/20 season, and he would finish the campaign with 10 goals and 9 assists, leading Parma to an 11th-place finish. Amongst players in Serie A, he ranked 2nd in kilometers covered, behind Inter midfielder Marcelo Brozović. Out of all U21 players in Europe, the Swede ranked in 3rd place for successful dribbles with 76, behind Bayern Munich’s Alphonso Davies and Burnley’s Dwight McNeil.

With his combination of power, technical ability, speed, tactical intelligence, and his ability to glide through the pitch with the ball glued to his feet, Kulusevski has earned comparisons to Kevin De Bruyne and Mohammed Salah, and his unique skillset has seen him start in each of Juventus’s first three league matches under Pirlo. Whilst he outperformed his xG by 2.73 at Parma last season, he is currently outperforming his xG by 0.9 at Juventus.

Playing as a second striker in an attacking duo with Cristiano Ronaldo, Kulusevski opened the scoring 13 minutes into their first match against Sampdoria, although he played on the right wing against Roma and Crotone. After starring in a counter-attacking side under D’Aversa, he’ll now have to adapt to a Juventus side that faces compact defenses, but his intelligence and adaptability should allow him to flourish for La Vecchia Signora.

Kulusevski made his Champions League debut at the Olimpiyskiy National Sports Complex on Tuesday, once again starting on the right wing as Juventus took on Mircea Lucescu’s Dynamo Kyiv in their opening group stage match. From the offset, the Swedish forward caused plenty of danger for Juve going forward. 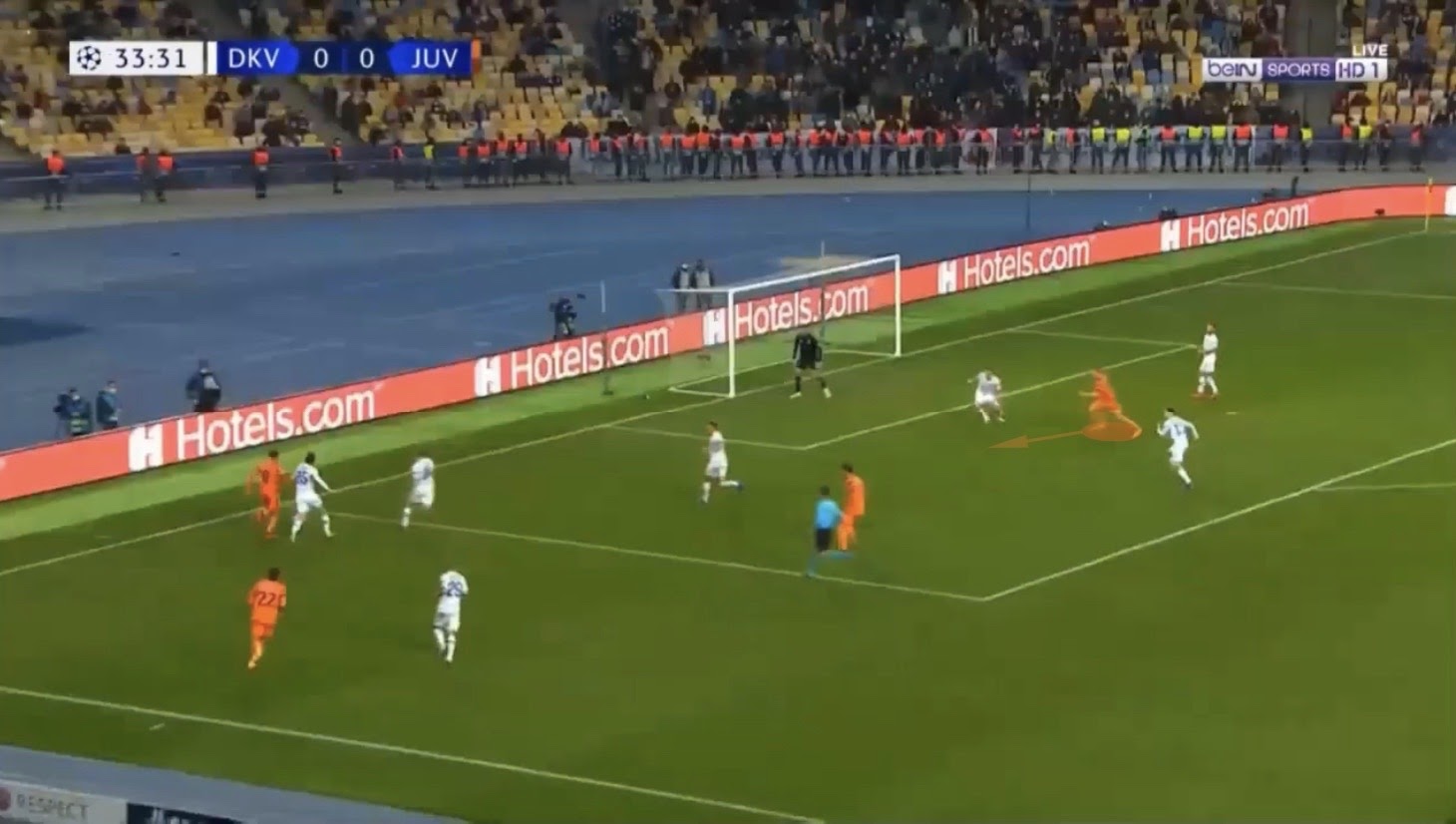 In the 34th minute, Aaron Ramsey manages to wriggle his way past Kyiv’s Illya Zabarnyi and tee up a cross, whilst Kulusevski makes a darting run to the near post. Kulusevski catches Vitaliy Mykolenko off guard by making a run into his blindside, timing his run to perfection.

Kulusevski manages to get in front of Mykolenko and strike a back-heel shot, but a deflection from Mykolenko and quick reflexes from Heorhiy Bushchan in goal manage to keep it out for a corner. Juventus broke the deadlock within seconds of the restart; Kulusevski’s well-struck left-footed shot was rebounded by Bushchan and into the path of Álvaro Morata, who slammed in the equalizer.

It remains to be seen where Kulusevski’s long term position will be. He himself has stated, “From the beginning my role was a trequartista … I can be a winger, last season I was a mezzala so I can play wherever the coach wants, but I see myself as a trequartista behind the strikers.”

At 35 years of age, Cristiano Ronaldo is on the decline, whilst Paulo Dybala has reportedly come to blows with Juventus Chief Financial Officer Fabio Paratici after not featuring in Juve’s first three matches. Both players’s contracts expire in 2022, and while there is a strong chance that they could be headed towards the exit door this summer, Kulusevski has everything it takes to become Juve’s talisman for the next decade.

With a deadly change of pace, a lethal left foot, impressive physicality, and a relentless work rate off the ball, Kulusevski has the physical and technical attributes to become a star in Turin.