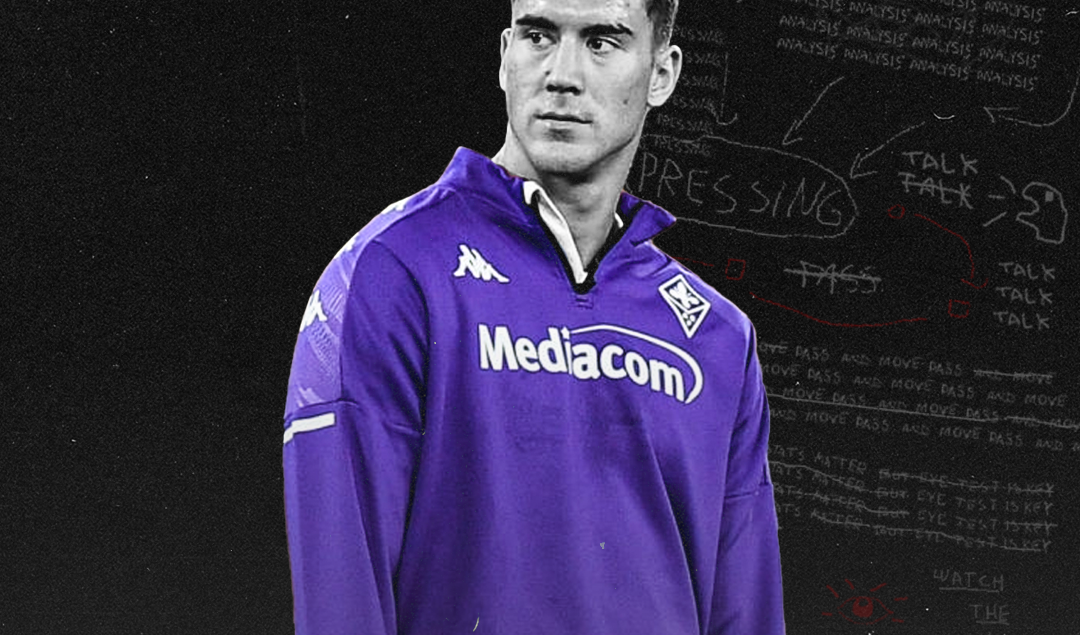 Throughout his coaching career, Cesare Prandelli has had an uncanny ability to get the best out of his strikers. Romanian forward Adrian Mutu starred for him at Hellas Verona, Parma, and Fiorentina, Alberto Gilardino was a prolific striker at the Ducali and the Viola, whilst Brazilian striker Adriano made his career breakthrough under the Orzinuovi native at Parma before rejoining Inter in 2004.

When Prandelli coached the Italian national team, Giuseppe Rossi played some of his best football before one of many knee injuries hampered his career and the enigmatic duo of Antonio Cassano and Mario Balotelli also thrived under his tutelage.

The 63-year-old has replaced Giuseppe Iachini at Fiorentina, returning for a second stint as Gigliati coach, and he has to work with young strikers Dušan Vlahović, Patrick Cutrone, and Christian Kouamé. With the lack of a proven center-forward, Prandelli decided to put his faith in the 20-year-old Serbian, and the youngster has rewarded the coach for his faith, scoring three goals in his last three league appearances.

Although Vlahović has scored two of those goals from the penalty spot, this is a time in his career in which he needs to be finding the back of the net in any manner possible. In previous games with the Viola, the Serbian seemed to be a dejected figure, who would squander scoring chances aplenty. 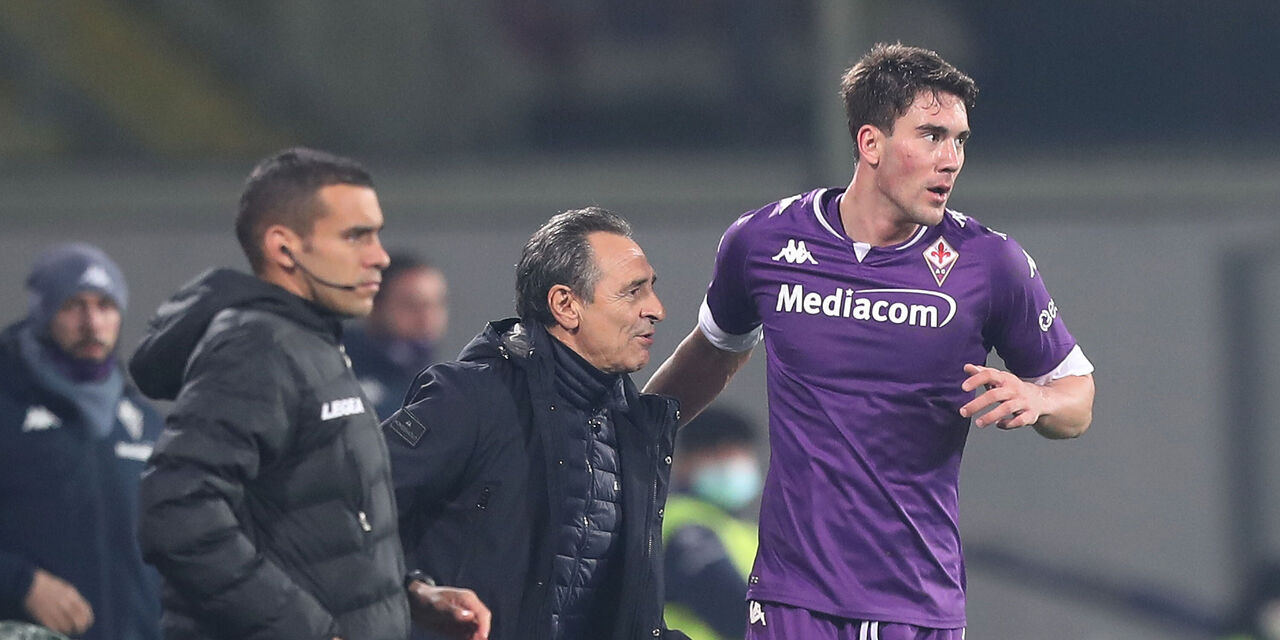 For a young footballer, confidence is everything, and he would have had that crushed after Inter won 4-3 against Fiorentina in Round 2 of the 2020/21 Serie A season. The Viola had gone 3-2 up soon after he came off the bench, but he wasted a great chance to make it 4-2, shooting wide when it was probably easier to hit the target. Then, he was at fault for Inter’s winner, allowing eventual goalscorer Danilo D’Ambrosio to be left unmarked.

Nevertheless, he started in the next game against Sampdoria, scoring the equalizer, but then Il Doria secured the 2-1 victory after a delightful chip from Valerio Verre. After that, it took him another nine rounds for him to find the back of the net again.

Vlahović has found stability under Prandelli but finding the opportunities and the support has not been easy since arriving from Partizan Belgrade in his native Serbia. He made his debut for the Crno-beli as a 16-year-old substitute in a 2-1 defeat to OFK Belgrade in the Serbian Super Liga in February 2016, becoming the youngest player to make his debut for the club.

Despite an unimpressive scoring rate of just three goals in 27 competitive matches for Partizan, Fiorentina saw something in him to sign him in the summer of 2017. He also represented Serbia at Under-19 level, scoring six times in 11 international matches. The contract with the Gigliati did not become official until February 2018, when he turned 18, and he did not play any competitive football for 2017/18 but kept training with the Partizan first team.

While he was emerging in Serbia, Vlahović was compared to compatriot and former Partizan star Savo Milošević, but he has also earned comparisons with Swedish great Zlatan Ibrahimović, who the Serbian idolized growing up.

“Ibrahimovic has always been my idol,” Vlahović told TuttoMercatoWeb in April 2020. “Playing against him gave me an extraordinary emotion. It will be hard to play alongside him. I am with La Viola and I feel at home here… unless he decides to join the Viola family.”

Coach Stefano Pioli and his replacement Vincenzo Montella also gave him some opportunities with the senior squad, featuring 10 times without scoring. With Giovanni Simeone being the first-choice striker at the time, finding a breakthrough was hard for the Serbian starlet. 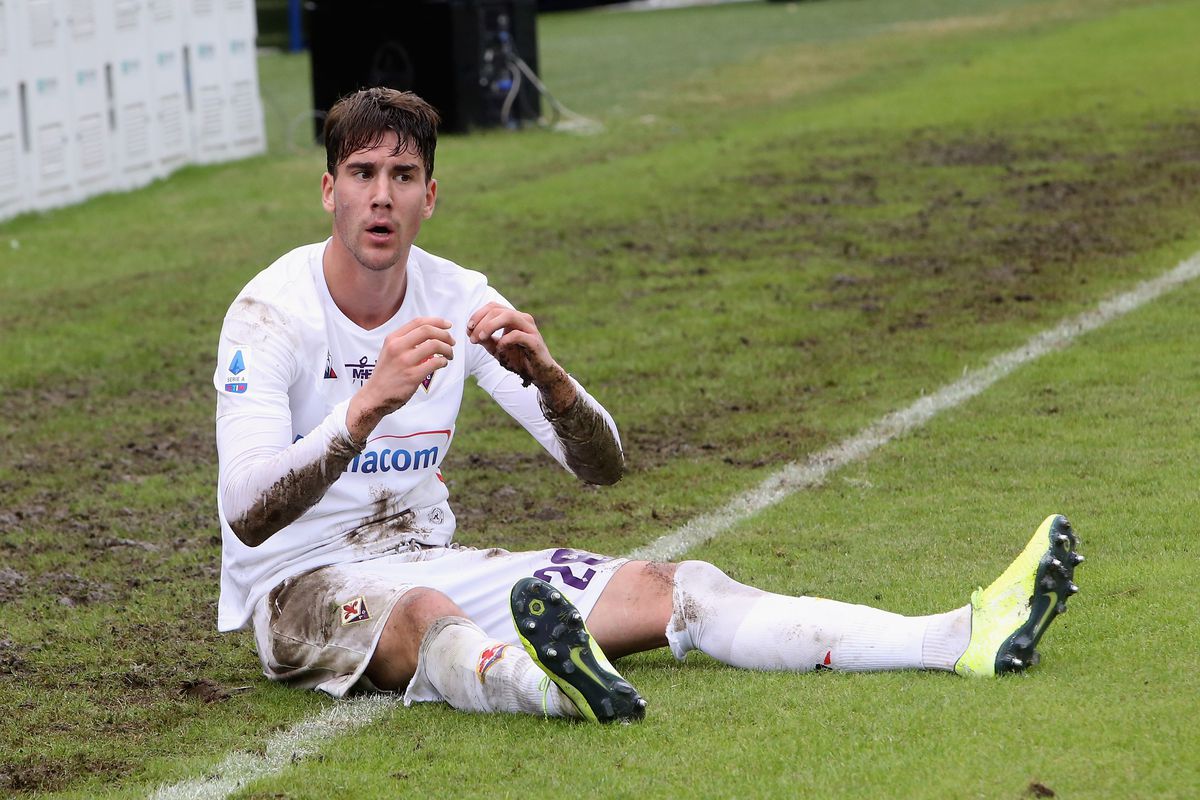 Vlahović was sparingly used off of the bench in the early stages of the 2019/20 campaign, but he had impressed in a 3-1 Coppa Italia victory against Monza, coming off the bench to score twice, and he also provided an assist for Federico Chiesa.

He started in the 5-2 defeat away to Cagliari in Round 12 of Serie A action and the Isolani had played the Viola off the park. Complacency crept in though, and in the last 15 minutes, the Serbian striker scored two fine consolation goals.

The Serbian found the back of the net again in a 1-1 draw against Inter in Round 16 after making a direct run towards goal and beating Nerazzurri goalkeeper Samir Handanović with an angled left-foot drive. Even with Montella getting the sack and being replaced by Iachini, the young forward still got opportunities to play.

Following a run of scoreless starts against Roma, Bologna, and Atalanta, Vlahović returned to the score sheet in a 2-0 win against Napoli at the San Paolo, although he would have to wait another month before adding to his tally, with the forward scoring a brace in a 5-1 thrashing of Sampdoria away from home. Then the COVID-19 pandemic emerged in Europe, forcing play to stop, and the 20-year-old became one of the first Serie A footballers to be diagnosed with the virus.

After Italian league action returned, Vlahović failed to score any goals, but he did serve a two-match ban after elbowing Lazio defender Patric in the 2-1 defeat to the Biancocelesti in Round 28. The Serbian youngster finished the 2019/20 Serie A season with six goals in 30 games.

Early in the 2020/21 campaign, Iachini had put his hopes in Kouamé but the Ivorian was wasteful and Cutrone couldn’t make the most of his limited playing time either. Vlahović did not play in the 0-0 draw against Parma, which happened to be Iachini’s last match in charge.

Prandelli made his return to the Fiorentina bench on November 22 but got off to a losing start, as Filippo Inzaghi’s newly-promoted Benevento side won 1-0 courtesy of a goal from Riccardo Improta. It was the start of the trend though as Vlahović earned a starting berth. After being in-and-out of the squad under previous coaches, the Serbian has been a guaranteed starter under the former Azzurri coach.

“From a working point of view, I cannot fault Cutrone and Kouamé for anything, but I think that Vlahović has the right characteristics for how I interpret the role of a striker at this moment,” Fiorentina tactician Cesare Prandelli said on December 18. “Cutrone in the penalty area is very good but at the moment I have chosen Vlahović. I see that he is calm and I wish that he unleashes himself.”

The Serbian would start the next three games and fail to score but the coach did not lose faith in the young forward. After converting penalties in the 1-1 draws to Sassuolo and Hellas Verona, Vlahović would play a starring role against Juventus. 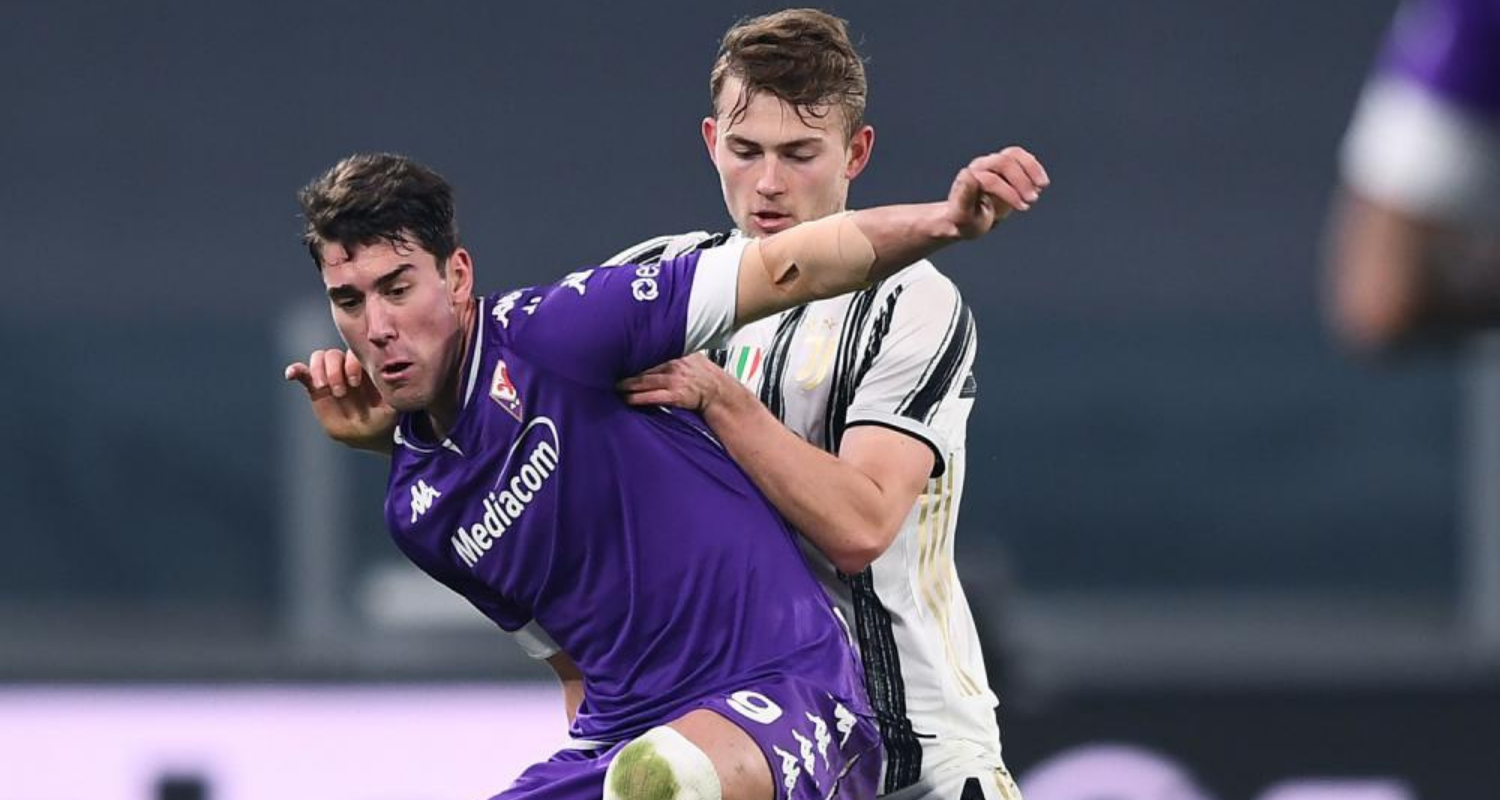 It took just three minutes for the Viola forward to open the scoring as Franck Ribéry played a through-ball between Bianconeri defenders Matthijs De Ligt and Leonardo Bonucci, which the Serbian striker ran onto. His first touch was heavy but he kept advancing and he chipped the ball over goalkeeper Wojciech Szczęsny with his left foot.

Vlahović remained a thorn in the Juventus defense by drawing fouls, playing his back to goal, and his ball control. He was involved in the build-up for a Gaetano Castrovilli chance to make it 2-0 and probably could have got another one too if he attacked a cross from the left. The Viola striker came off after 74 minutes after a solid shift and his teammates would put the icing on the cake with two more goals.

Fiorentina is now 14th in Serie A with 14 points after 14 rounds. The victory might be one of those rare moments that everything came together for the Viola but it is looking more evident that Vlahović has cemented his place in the team.

There had been speculation linking him with moves to Parma and Benevento but the return of Prandelli has probably dispelled any chances of the Serb being loaned out.

Vlahović is contracted to Fiorentina until June 2023 whereas Prandelli has until the end of the season. During his first stint as Gigliati coach, he could count on Toni, Mutu, and Gilardino for goals. Can Vlahović follow in their lofty footsteps?