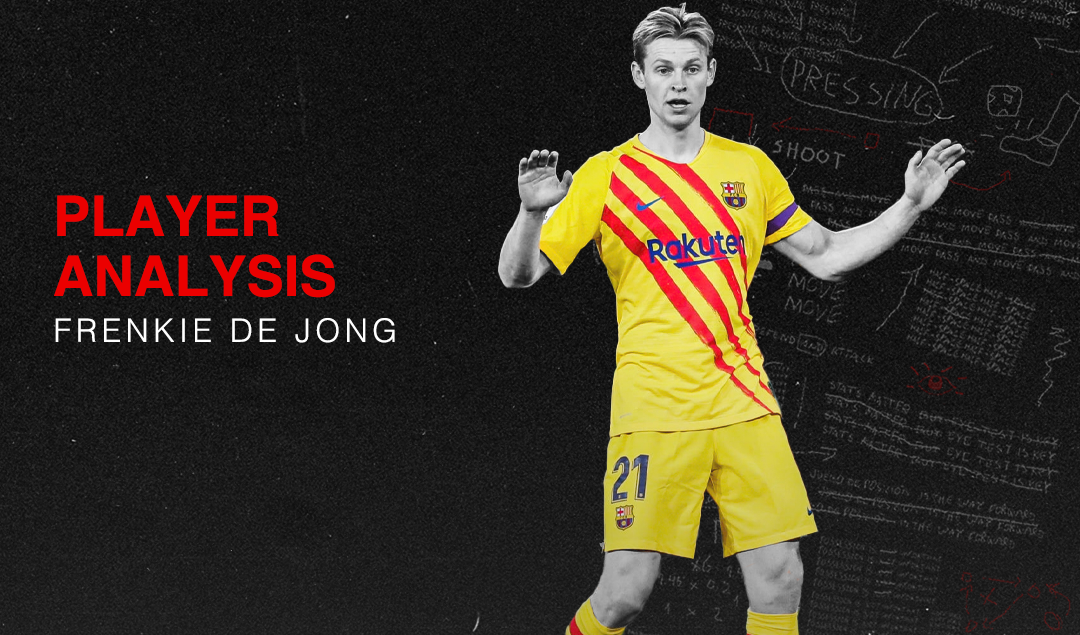 The Dutch Eredivisie has always been renowned for producing highly talented individuals over the years. It has acted as a feeder league for most of the other big European heavyweights. However, not all the promising young talents that come out of the Eredivisie have fulfilled their potential. In recent years, very few notable and productive talents have blossomed into truly world-class players.

However, there seems to be a change in tide with young teams like Ajax fielding some seriously talented individuals in Frenkie de Jong and Matthijs de Ligt in the past. Both of them have caught the attention of the biggest clubs in the world due to their highly developed footballing attributes and intelligence. In this respect let’s take a dive into one of these crown jewels; Frenkie de Jong, and objectively assess and evaluate his performances and potential.

After a stellar 2018/19 season in the midfield for Ajax, Frenkie de Jong had been one of Europe’s most sought-after young players, with Europe’s elite clubs Manchester City and Paris Saint-Germain interested in acquiring the 21-year-old service but after weeks of negotiations,  it was the Catalan club Barcelona who signed the Dutch midfielder in the January transfer window and the deal was to be confirmed that summer for €75 million (£65m/$91m).

Only the summer before, De Jong had travelled to his new team’s famous stadium as a tourist with his best friend, Sander Dekkers. At that point, he was not an international footballer. Dekkers turned to him and asked, like it was a distant dream, “What would it really be like if you played here?”

De Jong was touted to be a natural fit for the Blaugrana. He’s a multifunctional right-footed midfielder. He has fantastic balance and dribbling ability, while his distribution benefits from him always playing with his head up. He has a lot – acceleration, craft, control, tactical nous and sharp decision-making. He can change the game in the blink of an eye. Despite De Jong’s clear technical ability for all to show it was internal factors within Barcelona that has conflicted with the team’s decline in performance.

Within a year, he was finding out. It was a shock when Sergio Busquets, then considered untouchable, was dropped to the bench for the first game of the 2019-20 season away at Athletic Bilbao and De Jong — in the No 21 shirt that he always wears — took his place. That game ended in defeat and neither of the campaigns since have resulted in La Liga titles.

He has arguably made the most important move he will ever make in his career at the worst possible time for the club he has joined. And yet, amidst the disharmony and the noise, he has quietly adjusted and made the transition to one of the world’s greatest stages with the sort of ease that typifies his game.

This season Barcelona have been blighted by major injuries to key players, which has led to Ronald Koeman opting to play Frenkie in the defense as a ball-playing centre-back this coincided with Barca’s resurgence during a supposed tough period within the club.

De Jong continued to thrive in this role, earning comparisons to his manager Koeman – who starred as a ball-playing centre-back during his playing days – but the 23-year-old was quick to rubbish these rumours and was keen to return to his preferred and acclaimed central midfield position as soon as he can.

De Jong plays an important role when his team is in possession of the ball. He is seen building up play from the back. His vision to spot a pass and constantly scans his spatial surroundings to create a pictorial understanding of space. After scanning the space prior to receiving a pass, he then processes it very quickly. Frenkie, based on how he interprets the spatial occupation around him by his teammates and opponents, shapes his body accordingly to receive the pass and then decide the next pass that he will make.

He is hence very difficult to press as he constantly maintains this habit of scanning and thus always being aware of his position, space, teammates and opponents. His superb close control with the ball and technical ability also adds to his press resistance. This is further demonstrated by the fact that he only averages 0.6 bad controls or touches per game in LaLiga and 1.4 bad controls or touches per game in the Champions League.

He often uses a subtle body feint otherwise generally used by Toni Kroos to lose his markers. Frenkie likes to use his first touch in a direction opposite to the direction of the opponent pressing, thereby disbalancing the pressing player and then beating the press. He is also very comfortable while receiving a pass with his front to his own goal even when an opponent may be attempting to press him from behind.

The talented young midfielder uses his subtle body feints and body turns to lose his markers as he is very capable at turning and accelerating with the ball at his feet while being pressed. He has been dispossessed at an average of 0.6 times per 90 minutes in LaLiga and 0.8 times in this season’s UEFA Champions League.

Frenkie de Jong is comfortable in distributing possession by making clipped passes, long diagonal passes, short passes all with the right weight, the right speed, and to the right foot of the teammate. This is shown in his consistency with a 92% pass completion rate which is astonishing for such a direct thinking player. He also completed 9.72 passes per 90 while under pressure from an opponent which again highlights his press resistance.

De Jong is what you call a “low centre of gravity” player, very skilled on the ball and loves a body feint, standing 5’11″ and weighing 163 lbs. De Jong has the ideal blend of physique and intelligence and close control increases the danger he poses to defenders and allows him to be a threat both in possession. In fact, he has a dribbling success ratio of 79.5% while attempting 1.77 dribbles per game.

Frenkie likes to use his first touch to push the ball when starting a dribble; this gives him the ability to gain extra yards without showing too much of the ball. De Jong’s ability to progress the ball from deep whether that is with a pass or a dribble is sensational.

He has a progressive carrying distance of 230 yards and completes 9 progressive carries per 90 which shows his ability to ride challenges and push his team up the pitch and potentially into the attacking third this also highlights excellent balance for someone of his physique in a kind of Luka Modrić mould. Frenkie de Jong is the player with the most dribbles attempted (17) and the most dribbles completed (13) so far at the Euros.

Frenkie de Jong is a midfielder that likes the ball at his feet that’s quite self-explanatory when you watch him and loves to get involved in the play and is commonly regarded as one of the best technicians in Europe but his defensive contribution is underrated. He is usually screening the backline when out of possession.

His awareness to intercept a pass and constantly read situations developing around him and destruct opposition attacks is something not usually related to De Jong’s game but it’s something he does very well and he’s prone to aggressively challenging his opponent when in transition committing 0.7 fouls per game. For someone with an inconsistent press, he averages 10 pressures with only 3 successful pressures per game this leads to him disposing of an opposition player 1.5 per 90.

Before De Jong makes a tackle or an interception he will take up a kind of shuttle movement and not dive straight into a tackle this is clever as it does not give any unnecessary fouls and he’s able to assess what his opposite is going to do before executing to win the ball back this is shown by the lack of opponents who dribble past him with that stat showing only 0.55 per game.

De Jong’s ability to read and know situations developing has assisted in his period of playing centre back in Ronald Koeman 3-4-3 playing in the Libero role that Koeman himself was famous for playing under Johan Cruyff’s dream team.

What is actually most frightening is that he is only 24. Watching him you would think he’s in his prime and as frighteningly as that may sound for Real Madrid fans, that’s not the case. As he turns out to be as good as he promises, football fans can expect to witness something truly special hailing from the land of Johan Cruyff, Ruud Gullit and Marco van Basten and forming a formidable midfield with Georginio Wijnaldum and Marten de Roon at this Euros has only enhanced the perception of the magnificent Frenkie de Jong.