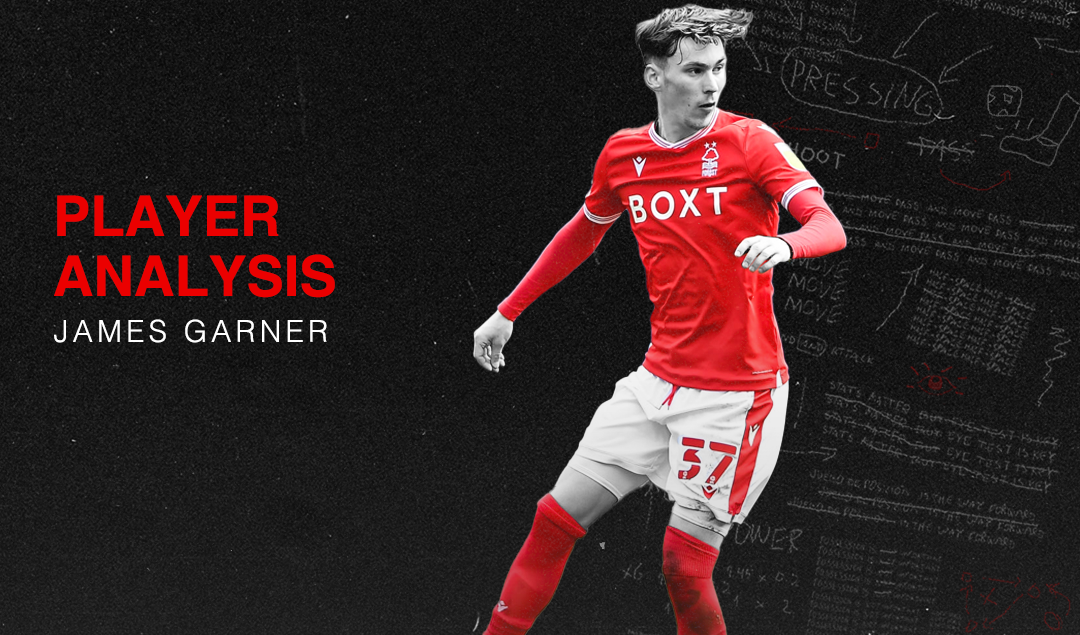 James Garner, the Manchester United prodigy, the player they managed to bring to their youth academy having being brought up in Birkenhead, Merseyside. Garner is signed to Manchester United until 2022 with the club holding an option of another year. In the 2019/20 season, Garner was promoted to the first team starting eleven for Europa League group stage games against Partizan, FC Astana and AZ Alkmaar.

Garner earned chances in European competition under Ole Gunnar Solskjaer due to performances for the Manchester United U2-3s in the Premier League 2. Garner, a number 6 at heart, was clearly a step above the class at the level, notching eight goals in 10 games. A goals-per-game ratio of 0.8, which is up there with man top strikers’ average, never mind the fact that Garner is a defence-minded midfielder who chooses when to change into a roaming eight and help the attack very precisely.

James Garner signed a season-long loan with Watford under Vladimir Ivić on 18 September 2020, with the intention of helping Watford, bounce straight back up into the Premier League. Ivić’s attacking 3-5-2 formation caused Garner to be placed as a roaming eight for the entire game, rather than transitioning into an eight when there was an appropriate time to help the attack and a high percentage of a goal.

Ivić’s transitional 3-5-2, allowed wing-backs of Ken Sema and Kiko Femenía to push further up into the midfield and potentially help the front two, causing a temporary 3-3-2-2 formation which Garner can push into a temporary 10 role causing the 3-2-3-2 with the player in the 6 covering him. However, when Watford lose possession in the final third, with the wing-backs pushed high up the pitch, Garner and the other roaming eight must cover the wings due to space being left open until Sema and Femenía regained their position which allowed the transition back to defend forming a 5-3-2.

Due to Garner playing alongside players like Nathaniel Chalobah, Will Hughes and Tom Cleverley, it was bound upon Garner to albeit create chances for the front two, a position unbeknown to Garner at that stage.

FIGURE 2: Garner, in a roaming eight pushing forward to help in the Watford attack receives the ball from Ismaïla Sarr. He then breaks the lines of the Blackburn defence by playing the ball in behind the Blackburn centre-half into the channel where Femenía who makes his run on the blind-side of the recovering Blackburn full-back, a goal orchestrated by Garner.

FIGURE 3: Garner advancing forward to move into a 10 role behind the strikers in this attack, with players under Ivić allowed to roam into various positions if other players cover. As seen with Sarr and Jeremy Ngakia who is a wing-back in each other’s natural position. One of the reasons why Garner scored so many for Manchester United’s U-23 team due to being allowed to roam through positions.

FIGURE 4: Garner, with an inch-perfect ball to Andre Gray after Sarr drags away a Bristol City centre-half who was trying to pin in both forwards to allow Gray to create open space for Garner to play a defence-splitting ball.

James Garner joined Nottingham Forest on 30 January 2021, due to the termination of his loan at Watford which resulted from Garner being excluded from the starting eleven as new Watford manager Xisco Muñoz choosing to have one number 6 instead of two in his formation, which Will Hughes and Nathaniel Chalobah fighting for the place took the role of instead of Garner. Garner has started in 18 games of the 19 Championship games that he has been in the Nottingham Forest squad.

The difference in the positioning of Garner at Forest compared to Watford is major. Garner seems much more comfortable in the 6 at Forest, allowing him to control the game at his own pace, which he can spread the play with a long-diagonal pass to the wings or with his back to the opposition distribute bounce passes given to his from the Forest keeper Brice Samba, to allow Forest to play out from the back.

FIGURE 5: Garner for Forest under Hughton in his 4-2-3-1 formation, it allows Garner to drop deep into midfield, before allowing him to push forward into a roaming eight to help the attack.

FIGURE 6: Garner, in his natural position receiving the ball in a defensive situation, in which after the loss of the ball Luton are trying to counter-press the ball. Without hesitation, Garner calmly plays the ball to the right wing where Anthony Knockaert receives it, allowing the reset of the attack and causing the opponents to retreat.

FIGURE 7: Garner with one of his best attributes in being able to carry the ball through the opposition press to allow space for his teammates to move into and allow the ball to be played. He picks up the ball and then roams through the centre of the pitch attracting five Swansea players to surround him, which if a better run were made by Lewis Grabban, it probably would have contributed to more.

FIGURE 8: Garner scoring in the 1-0 away win against Cardiff. Garner roams from his position to join the attack and waits on the edge of the area due to three Forest players pinning the back-line of Cardiff to the six-yard box, in which he receives the ball from Cyrus Christie and finishes emphatically past Dillon Phillips.

Since joining Nottingham Forest, Garner has been thriving given that Chris Hughton allows him to play his game, one that he has been accustomed to his whole career. And these stats back it up. An average of 40.2 passes attempted per 90 minutes, with an 81% pass accuracy, with almost half of the attempted passes made by Garner have been played forward, breaking the lines of the opposition.

James Garner is a very technical player and is fantastic when it comes to taking set-pieces. At the start of his time at Watford he had the confidence to go straight into the club and prove that he is the best player for this. This was also given to him at Nottingham Forest.

FIGURE 9: Garner for Watford, away at Reading. The ball is hit with so much power that Rafael had no chance within the goal to stop the ball if it were to go in, which unfortunately it did not.

FIGURE 10: Garner for Forest, with a different style of free-kick in which he crosses the ball with it spinning towards goal to allow attackers a better chance of scoring if they were to get their head on the ball. He whips the ball towards the back-post and due to the spin on the ball, it ends up in the back of the net.

FIGURE 11: Garner with another lethal set-piece this time for Watford. He whips the ball in with the same amount as his strike in this example. Right on the button, a real shame that no-one could capitalize as Garner puts the set-pieces as close to the opposition keeper as he can without forcing the keeper to come out and collect.

James Garner has the correct attributes to become a fantastic footballer at the top level and it has been shown with his time at Forest. With his calmness on the ball to control the game at his pace, to transform from a holding six role into a roaming eight on the edge of the opposition box with ease and his defense splitting passing, he has been one of the stand-out players at Forest this season, even though he only joined in January 2021.

I do believe that Garner deserves an extra year on the Manchester United books with the club having the option to extend his contract to the end of the 2021/22 season. And loaning him back out to a high-end Championship side could be the way to see if he can influence their decision to offer him a longer-term contract at the club.