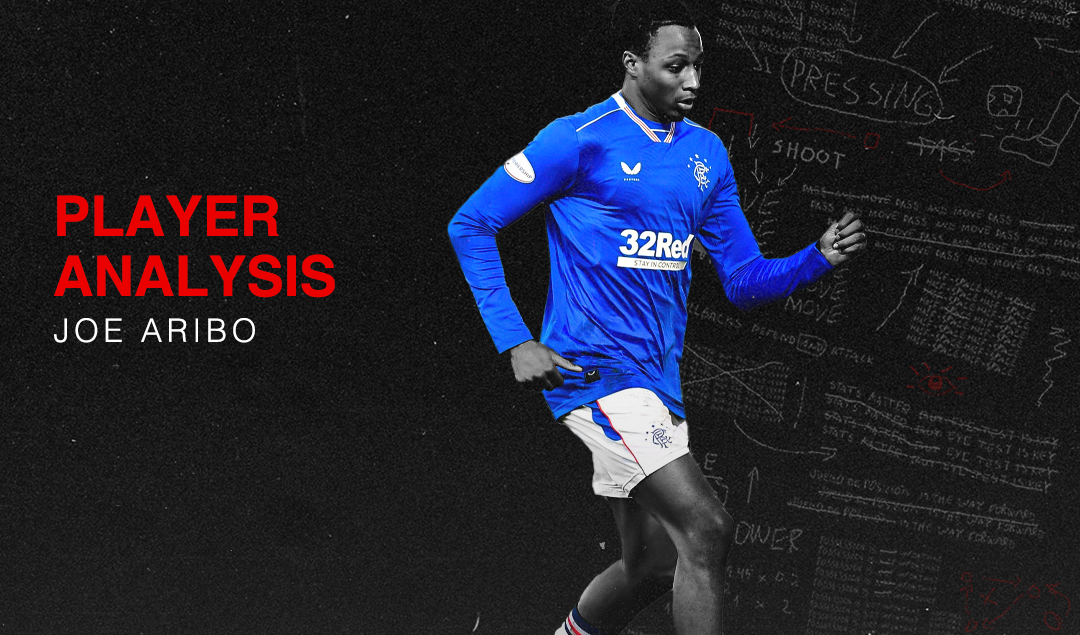 Joe Aribo has proved himself to be a key component for Rangers during a season in which Steven Gerrard’s Scottish Premiership winners have stopped their bitter rivals Celtic from winning ‘10-in-a -row’. While his talent may be obvious now, the midfielder’s route to the Glasgow giants has been anything but with the 24-year-old taking a circuitous journey to Ibrox via non-league football with Staines Town.

Joseph Oluwaseyi Temitope Ayodele-Aribo is a left-footer who primarily operates in the centre of midfield (as a deep-lying playmaker) or on the right side of the attack as an inverted winger. Blessed with an exquisite first touch with quick movement to match, he moved to Rangers from Charlton Athletic in the summer of 2019. The midfielder made his debut for Nigeria in the same year and has since been capped six times and scored twice for the Super Eagles, with his first goal coming against Brazil.

The Camberwell-born Aribo stands 1.88m (6’2”) tall but possesses a guile and adroitness which belies his height and build, enabling him to perform in both wide areas and tight spaces. The heat map below shows Aribo playing in the role of an ‘enganche’ or No 10, whereby he connects the midfield with the attack. 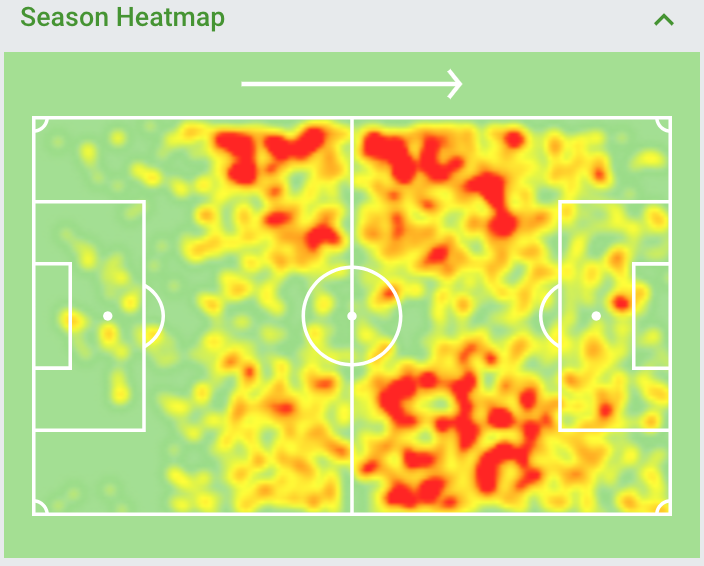 The heat map underlines the fact that he has been given a licence to roam. In an interview, Aribo described himself as a player who likes to drive with the ball and get up the pitch, not dissimilar to Yaya Touré at his buccaneering best.

Additionally, the below images show a player that’s willing to cover huge areas of the pitch for his team. The pictures below show him hovering around the edge of the box before delivering a pass that bisects two defenders for his teammate to slot home. 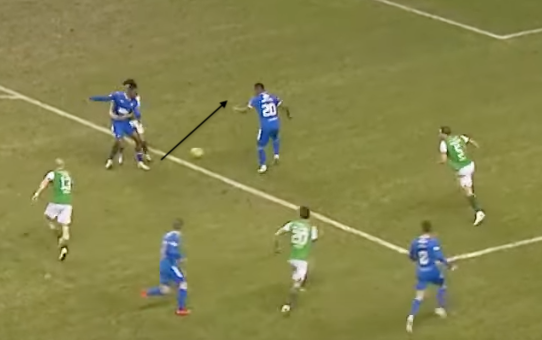 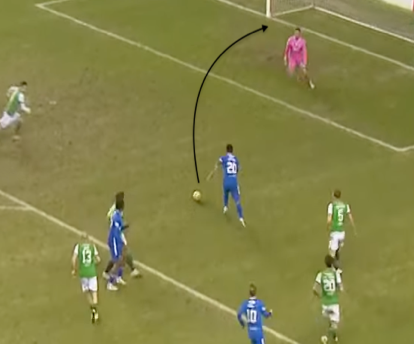 Following a successful trial in September 2015, Aribo joined Charlton Athletic from Staines Town on an initial one-year contract but ended up staying until the end of the 2018/2019 season. Aribo’s final game for the Addicks saw the south London club defeat Sunderland at Wembley Stadium in the play-off final to gain promotion back into the Championship.

Aribo broke into the Charlton first team in October 2016, providing 6 goals and 3 assists and 10 goals and 3 assists in the following two seasons and leading Charlton back into England’s second tier under manager Lee Bowyer, before deciding to join Rangers on a free transfer. However, the Scottish club were forced to pay Charlton €300,000 in compensation as he was only 22 years old at the time.

With the exception of a period of time on the sidelines with an ankle injury early in the campaign, Aribo has been a mainstay in the Rangers team in the Scottish Premiership this season. As things stand, Gerrard’s men are still unbeaten in the league. Having arrived in 2019 when the Gers were in need of a midfielder of his quality, two years down the line, he has repaid them. Before his arrival, they had done a lot of their scouting in the Croatian market with mixed results. So why was Aribo needed?

The former Charlton man has given the Rangers midfield more creativity as instead of trying to run through brick walls, he tries to play through them. In a season which has seen him score eight times and contribute four assists in 36 appearances, Aribo has shown great intuitiveness when it comes to executing passes in tight areas and support play.

Another aspect of his game that has differentiated him from his colleagues this season is the way he patrols the edge of the box. He is not content with just playing a square pass; he is always looking to change the angle of attack and play a disguised pass to the feet of a team-mate.  However, one might suggest he could improve with regard to creating chances for his team-mates. With his return of just four assists this season, the south Londoner ranks 11th for accurate passes into the final third per 90 minutes, for players with 10 appearances or more, but falls 15 places in key passes per 90 minutes.

Aribo has featured as a central midfielder on 25 occasions and has appeared as a right winger on 15 other occasions this season, and his technical brilliance and vision has proven key in Rangers’ attacking opportunities alongside the likes of Ianis Hagi and Ryan Kent. While he hasn’t quite hit the same goalscoring numbers of Alfredo Morelos, Gerrard recognized the importance of the 24-year-old starlet after a 4-1 victory over Dundee United.

“He was fantastic today, not just for his goal but his running power, his quick feet and the way he outplays the opposition. He is a fantastic kid, you can’t get him off the training pitch, he’s always working on his game. He decided to come to Rangers to develop and grow and he is certainly moving in the right direction. There is no surprise that he is getting a lot of good performances in his game right now.”

Joe Aribo has certainly impressed, and long may it continue but there are certain aspects of his game he needs to work on in addition to chance creation, such as heading and defending. Rangers had struggled to cut open teams as they lacked someone with the requisite invention, imagination and agility — all qualities which the Super Eagles star has at his disposal.

His contract expires in 2023 and if he has a breakthrough tournament in next year’s Africa Cup of Nations in Cameroon, the south London-born Nigeria international could be set for a big move abroad. A gifted player such as Aribo is one to keep an eye on, with there likely to be a growing interest shown in him from big clubs. His flair, first touch, dribbling and agility are  highly sought after by modern-day coaches. Only time will tell where the ‘new Yaya’ ends up.