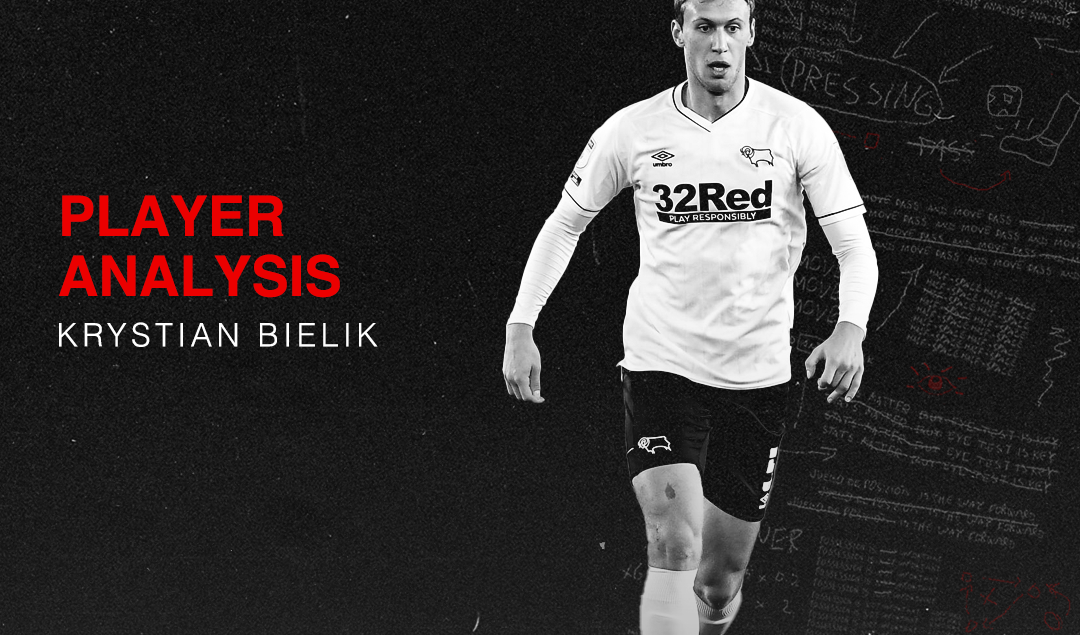 2020 has been a rough year for Krystian Bielik as he has spent the majority of the past 12 months on the sidelines after tearing his anterior cruciate ligaments in January. The Polish midfielder missed a total of eleven months of football, eventually making his long-awaited return on December 1st.

Derby County have also struggled of late. Their play-off push fizzled away towards the end of the 2019-20 season and Phillip Cocu was unable to stop the rot at Pride Park; Derby started the new season terribly and quickly sunk into the relegation zone. Cocu was sacked in mid-November as the Rams set 24th in the table with just six points to their name.

However, since the installment of Wayne Rooney as interim manager, and the return of Bielik, Derby have looked like a much better side, having only lost once in their last eight games. They’re now 20th in the Championship – above the bottom three for the first time since late October.

Rooney certainly deserves credit for breathing some life back into this Derby side; they look more organised and defensively drilled, conceding just one goal in their past five games. His transition from player to manager has been almost seamless, but Bielik’s impact on the Derby team shouldn’t go under the radar. After playing a few u21 games, and making the 18-man matchday squad, Bielik finally made his return to the Derby starting XI vs Coventry at the start of December. His importance to the team was clear for all to see.

Before the 22-year-old came back into the fold the Rams had won just one game all season. Since then, the side have picked up twelve points from seven games, only losing once in the process. This good run of form has included an impressive 2-0 win over a promotion-chasing Swansea City side and a 4-0 demolition of Birmingham City.

Most notably, Derby have conceded just two goals in these seven games. Before Bielik’s return, they had kept one clean sheet all season and looked particularly shaky at the back. Derby aren’t only just keeping clean sheets now, they’re completely shutting teams out.

They limited Stoke City and Birmingham to just one shot on target and Swansea failed to even challenge goalkeeper David Marshall during their meeting at Pride Park. In just a matter of weeks, Derby have become a very solid defensive unit and it’s no coincidence that this has happened following Bielik’s comeback.

Just by looking at the numbers, it’s clear to see that when Bielik plays well, Derby will too. The Polish international has been the missing piece in the jigsaw for Rooney’s side; now he’s returned, everything seems to be falling into place for the Rams.

Bielik is comfortable playing as a centre back, although he mainly operates as a defensive midfielder and has been deployed in that role recently. The former Arsenal prodigy sits at the base of a midfield three, shielding the defence and giving a license to those ahead of him to get forward and really play with a carefree mentality.

Alongside Graeme Shinnie, Bielik anchors the Derby midfield which enables the likes of Louie Sibley, Kamil Jozwiak and Tom Lawrence to strut their stuff as they aren’t saddled with much defensive responsibility. Bielik just seems to knit everything together in this Derby side and his imposing presence in the middle of the park was sorely missed during his long absence. 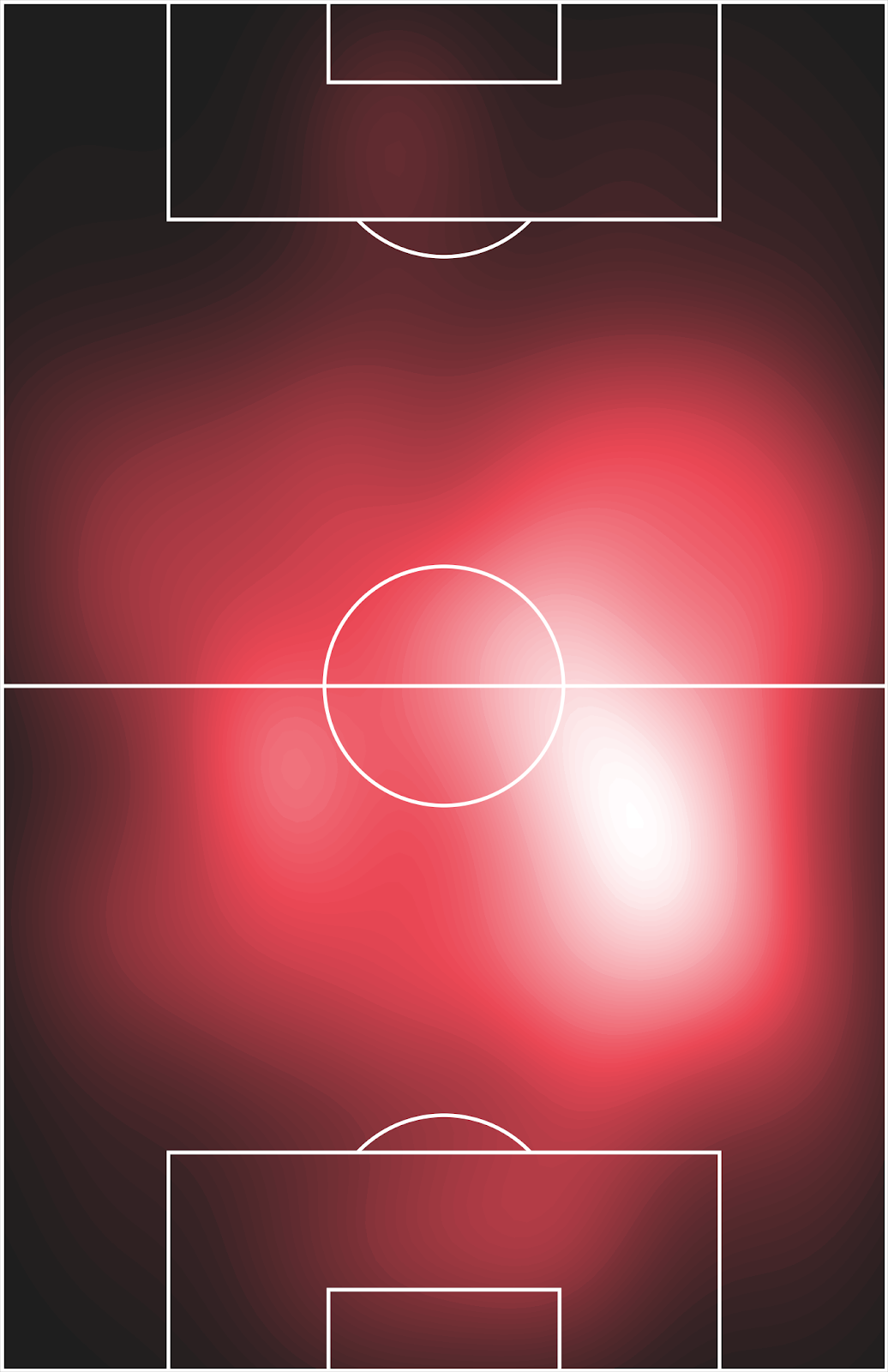 Bielik is an incredibly well-rounded midfielder and has two separate sides to his game. Standing at 6’2, the Pole is able to act as a destroyer in midfield. He can be a total brute, disrupting play and winning the ball back with ease. Bielik has averaged around six interceptions per 90 this season as well as carrying out a staggering 14 ball recoveries per game. He is one of the best in the business at dominating the midfield and breaking up play.

However, Bielik’s ball-winning abilities don’t come at the expense of his technical prowess. Unlike many other defensive midfielders at this level, he is very comfortable with the ball at his feet. Bielik completes the second-highest number of passes and the most final third passes in Derby’s squad.

He is the heartbeat of this Rams side and acts as an oasis of composure in the middle of the park. One of the most remarkable things about Bielik is that he never seems to allow himself to get caught up in the frenzy of hectic Championship games; he operates at his own pace and can be a calming presence at the base of midfield. 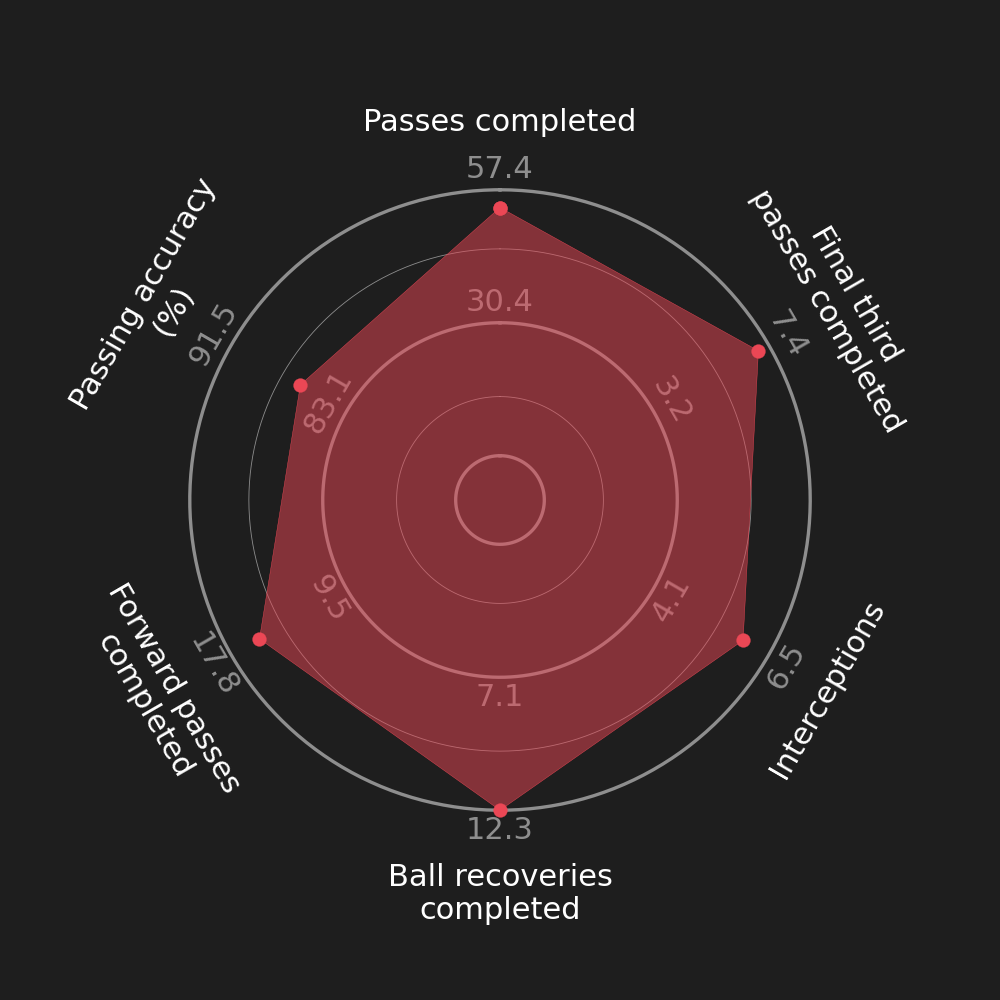 Both Derby and Bielik have had to overcome adversity this year but the future now looks bright for both parties. While they have almost certainly left it too late to challenge at the top end of the table, Derby’s squad is littered with quality and Rooney should be able to steer the East Midlands outfit away from the relegation zone.

The current coaching set up seems to be working well together. Rookie manager Rooney is supported by Steve McClaren, Liam Rosenior and Shay Given; there is a nice blind of youth and experience among the backroom staff. After a miserable end to 2020, Derby fans now once again have reasons to be optimistic about the future.

If Bielik can overcome his recent injury woes of late it would hardly come as a surprise to see him push on to become a Premier League player. He has all the hallmarks of someone who can make it at the top level, possessing just the right blend of physical dominance and technical ability.

The postponement of EURO 2020 has also gifted Bielik an extra year to work his way into the Polish National Team. He currently has three caps to his name and will certainly be looking to add to that in the run up to this summer’s tournament. Bielik now has a tangible goal to work towards and, despite playing at a lower level than most of his fellow countrymen, he does still have a realistic shot at breaking into the Polish squad.

Krystian Bielik will be eager to push 2020 to the back of his mind; it has been a year of struggle for the 22-year-old. Luckily for him, the early signs suggest that 2021 could be a heck of a lot better.