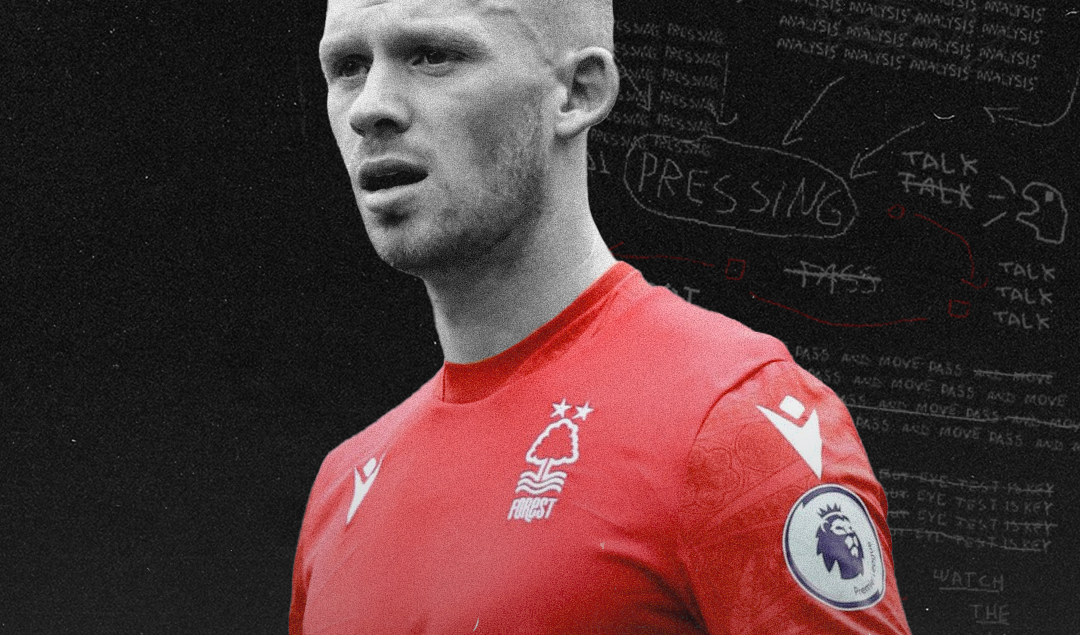 There’s been a movement toward mobile, progressive midfielders in the Premier League, with clubs looking to gain more control of the ball. Nottingham Forest have been active in the transfer market, building a squad ready to compete for their first top-flight season since 1999, and they’ve now made 23-year-old Lewis O’Brien the centrepiece of their Premier League project.

A destructive force out of possession, he exerts a level of control with the ball that belies his manic pressing game. O’Brien looks to dictate rather than create, but whilst his passing range is conservative, it’s his agile movements off the ball that allow him to quickly combine with teammates and progress the ball.

His slight physique allows him to nip into challenges but also gives him the sleight of hand when he has the ball at his feet. An excellent dribbler, he uses his low centre of gravity to weave in and out of players. Comfortable receiving on the half turn, O’Brien relishes taking the ball into pressure and emerging victorious.

O’Brien will allow Nottingham Forest to defy the odds and break free from pressure, taking control of their own destiny against teams who’d widely be expected to dominate them.

By no means a prolific player, he contributed to 25 goals over four seasons with Huddersfield. O’Brien does still possess a threat in offensive areas and will, given the opportunity, open up opposition teams with his directness.

Forest, Fulham, and Bournemouth have all strengthened in the same area of midfield. With Joao Palhinha, Joe Rothwell, and now O’Brien offering the three respective promoted clubs a progressive option in the middle of the pitch. Whilst Palhinha and Rothwell are exciting options, O’Brien is far and away the most reliable option, having showcased his ability at the top of the Championship, in a side that overperformed last season.