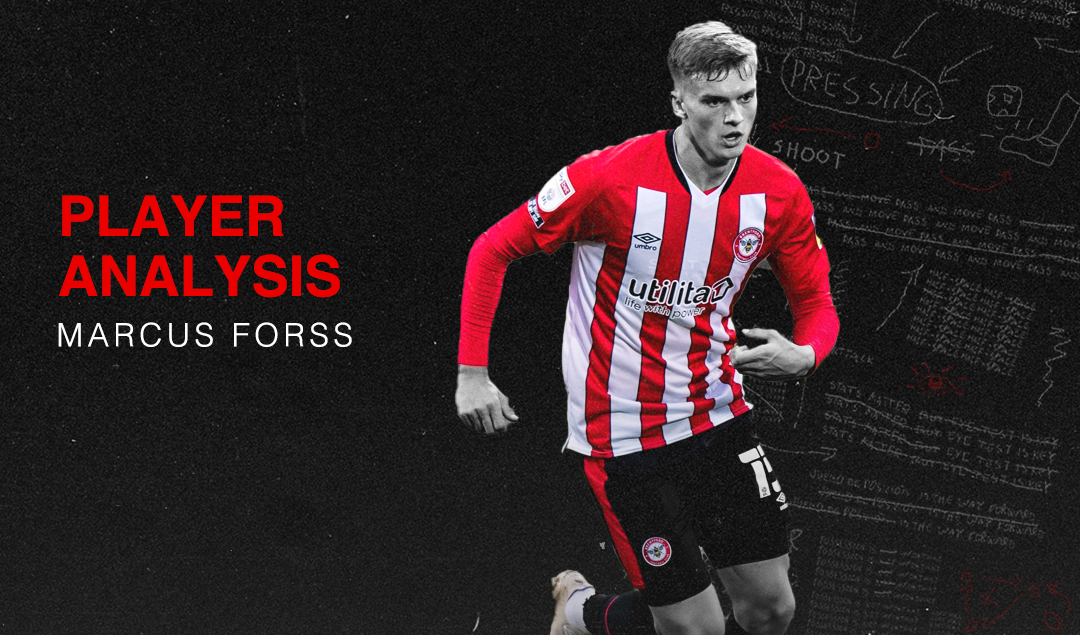 International breaks can be a mundane experience for many fans who yearn for the return of club football and who dread the thought of one of their players picking up an injury while on national team duty. But for the players who make their international debuts, it’s nothing short of a dream come true.

One of those players is Marcus Forss, who received his first ever call-up for the Finland national team this month. The 21-year-old made his debut at the Stade de France against the defending world champions, and it didn’t take him long before making his mark. In the 28th minute, Finland capitalized on a poor touch from Moussa Sissoko, with the ball rebounding into the direction of Forss, who left Clément Lenglet in his dust before slotting the opening goal past Steve Mandanda.

Onni Valakari would seal the victory for Finland, the first ever win against Les Bleus in nine meetings; France had won the first eight matches. It was a historic night for Finnish football and the brightest light in what has been a topsy-turvy playing career for Forss.

Born and raised in a football family in Turku, Finland, Forss left the homeland at 13 years of age to join West Bromwich Albion’s academy. He spent the next five years progressing through the West Midlands club’s academy before being released after his scholarship expired. Forss didn’t have to wait too long for the next club to come knocking on his door, and joined Brentford’s academy in June 2017.

Forss got off to a red-hot start to life at Griffin Park, scoring 21 goals for Brentford’s B team and winning the team’s Player of the Year award. He was promoted to the first team but found playing time hard to come by under Thomas Frank, and joined League One club AFC Wimbeldon on loan on September 2, 2019. The Finnish forward netted seven goals in his first seven games for The Wombles, and by the time a hamstring injury in January sidelined him for the rest of the campaign, he had scored 11 goals in 19 appearances. 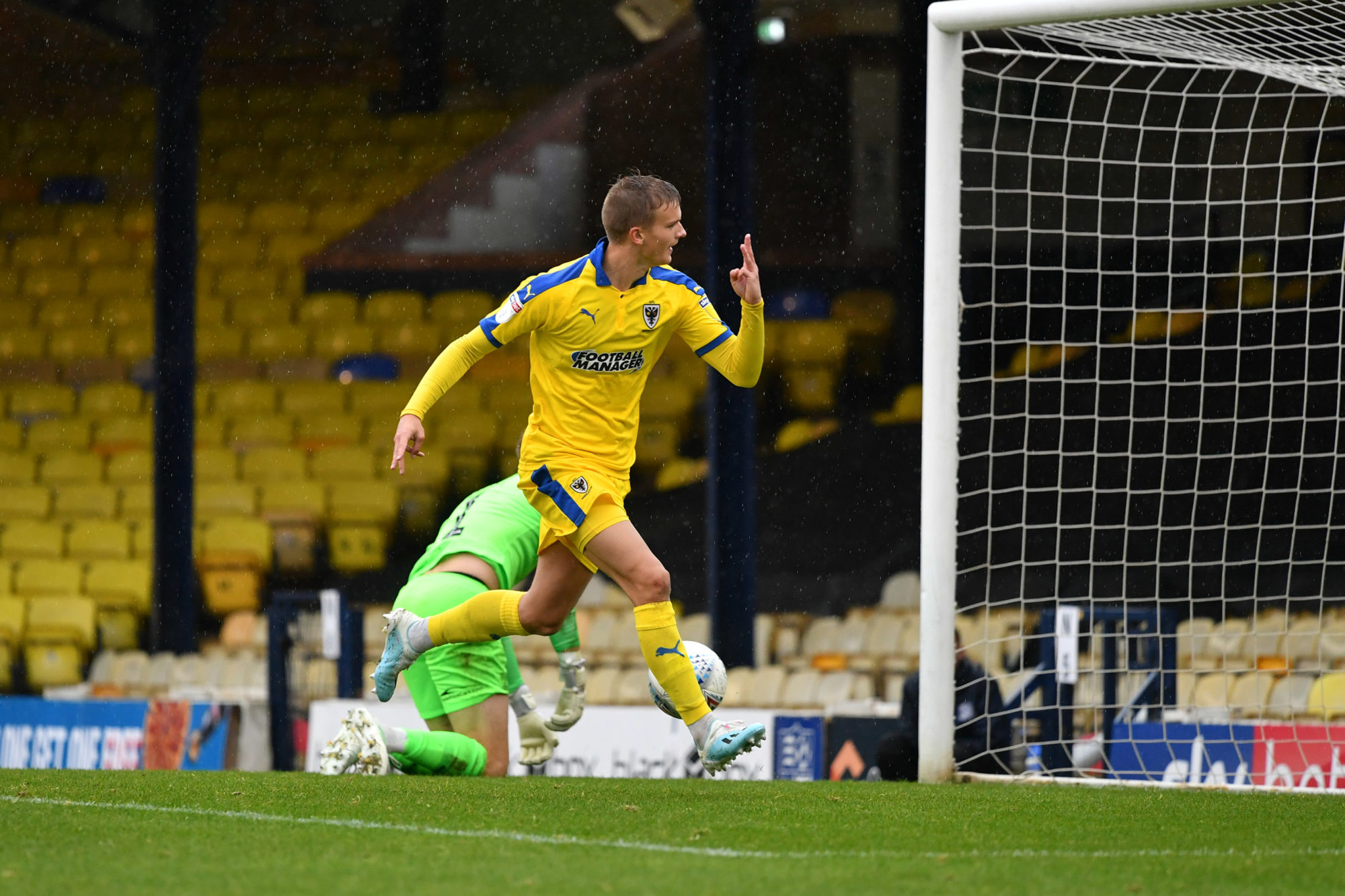 Upon his return to his parent club, Forss has been mainly used as an impact sub by Brentford manager Thomas Frank, and he’s validated his trust with 6 goals in 12 appearances so far this season. Despite playing second fiddle to first-choice center forward Ivan Toney, it seems Forss could be on the move as early as January, with Bundesliga sides Borussia Dortmund and Union Berlin reportedly interested.

But just what kind of player is Marcus Forss, and does he have what it takes to lead the line for Finland in their first ever appearance at the Euros next summer?

Forss is best described as a ‘fox in the box,’ a player who rarely takes more than 25 touches per match and who often finds himself completely invisible in his team’s build-up play. But far from being just an old-fashioned poacher, he is able to create space for others through his off-the-ball movement or release teammates with simple, deft touches, as seen below when he plays a one-touch return pass to Rico Henry against West Brom.

Whilst he is relatively uninvolved in possession, Forss works hard off the ball, willing to hurriedly press his opponent throughout the match and knowing when exactly to step to an opponent and force an error. Similarly to Dortmund’s Norwegian phenom Erling Haaland, Forss is a hard-running forward who is incredibly efficient with each of his touches.

Haaland has taken major strides in his impact in possession during his time at Borussia Dortmund, and if Forss can take a similar spurt, he’ll be a far more dangerous forward. Forss has an innate ability to create danger whenever he’s on the ball; he knows where his teammates are, he knows where they are running to, and he knows which direction to play the ball towards.

In this example against Bolton Wanderers, Forss controls a pass from Callum Reilly before holding off Yan Zouma and hitting a backheel pass into the path of the underlapping Paul Osew, whose cross is cleared before it reaches its intended target.

Forss is an efficient poacher inside the box, as demonstrated by the below graphs. He boasts an ability to carve out goalscoring chances via his incisive movement inside the box, whilst he is also a stone-cold finisher who makes the most of his chances. 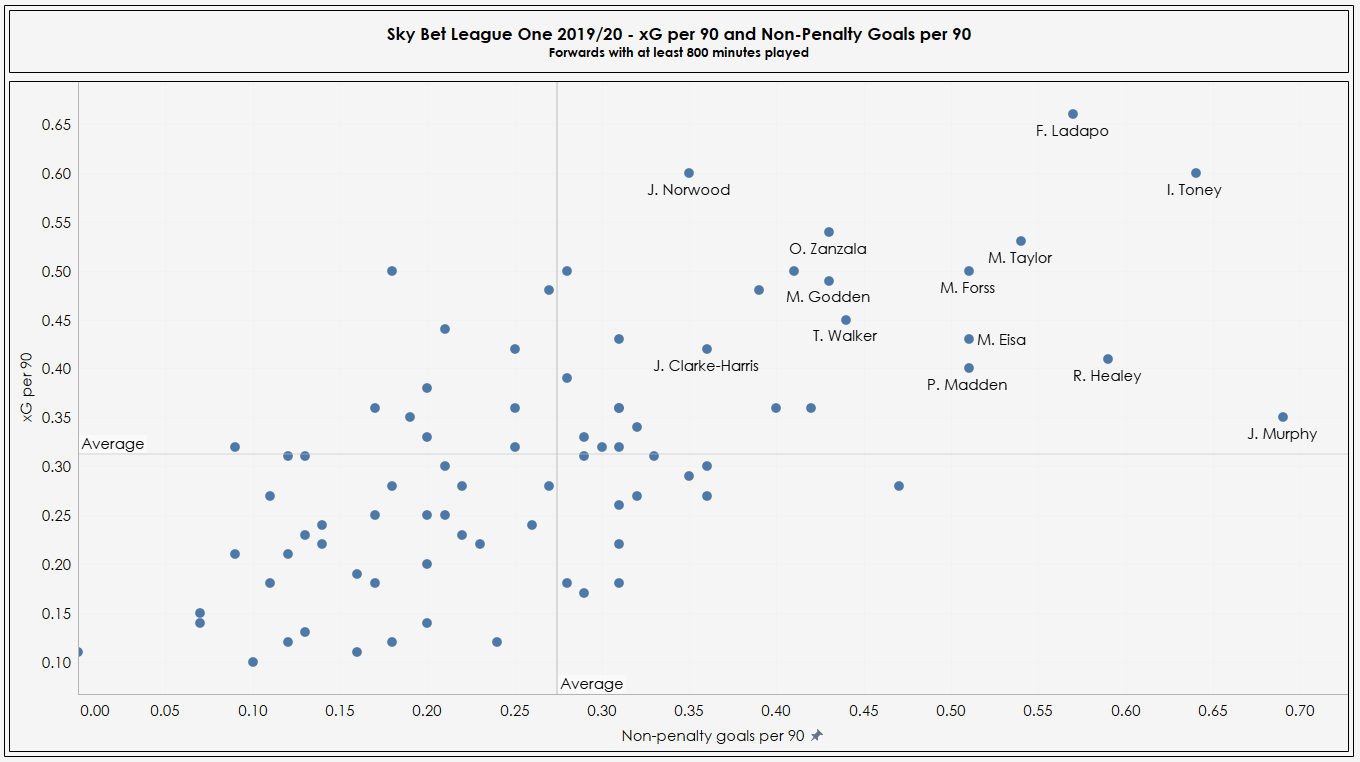 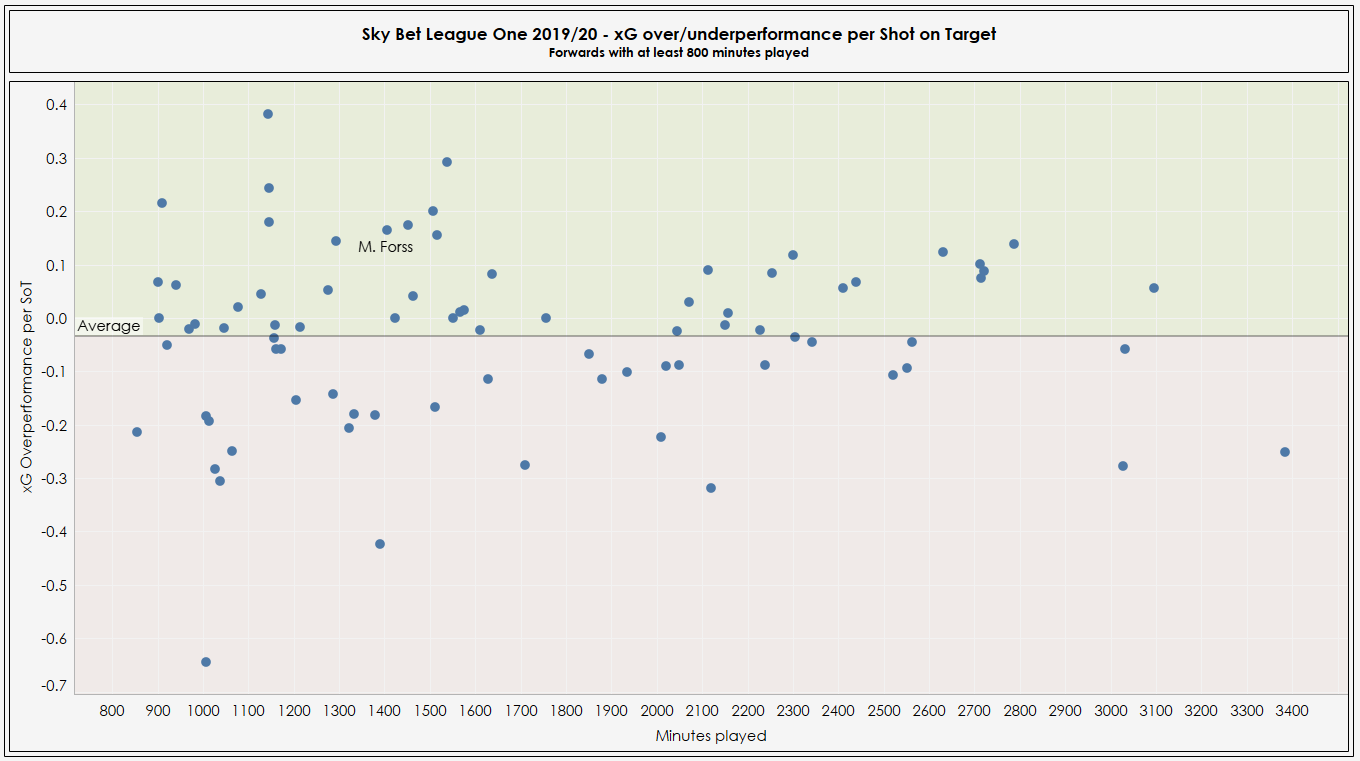 Similarly to Haaland, Forss also excels at creating space for his teammates via his intelligent movement and quick lay-off passes. In this example against Luton Town, Forss plays a low, driven cross to Josh Dasilva, who fires well over the bar.

Apart from his efficient finishing inside the box, Forss’s best quality is his ability to create danger on the counter. His speed of mind and doggedness allows him to force mistakes from the opposing team and then kickstart the attacking transition, causing plenty of havoc for the defense with his aggressive running.

His impressive finishing ability is aided by his in-game awareness, as he has the speed of mind and movement to latch onto opposition mistakes and arrive in goalscoring positions. When Josh Tymon’s intended back pass to Adam Davies is far too soft, Forss takes immediate notice and intercepts the pass, but rather than attempting a chipped shot with his first touch, he decides to take a touch past the Stoke City goalkeeper and slide the ball into the corner of the net.

At 6’1″ and 168 lbs, Forss has the ideal physique to capitalize on opposing errors, chase down loose balls, and force mistakes with his intense pressing. He is far from a penalty box poacher; he is a hard-running striker who can cause danger on the counter, and it’s no surprise that Dortmund are reportedly interested in him as a backup for Haaland.

In order to secure his big move and take the step up to the next level, Forss has to work on two major things: influence in possession and aerial duels. Whilst Forss ranks above the average in terms of Shots per 90, he placed behind the top strikers in League One last season in terms of Touches in the Box. 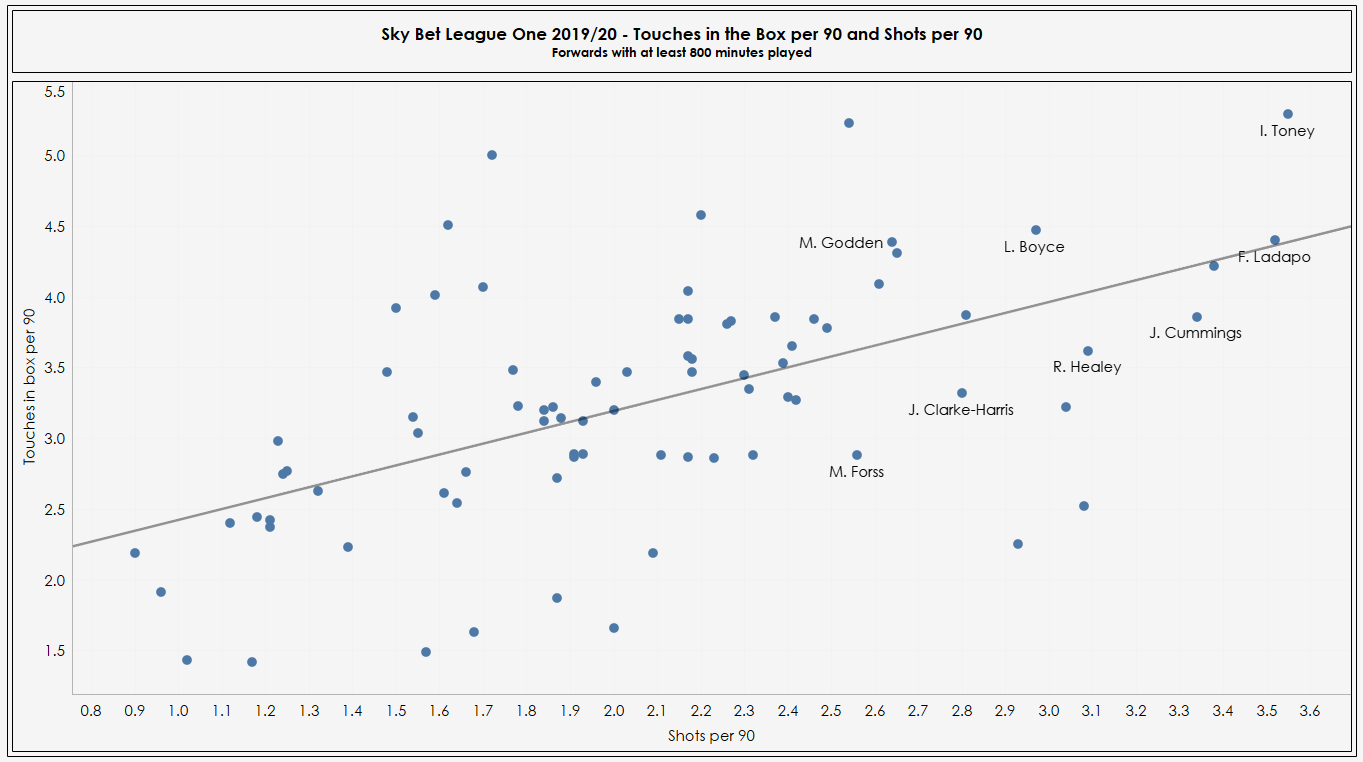 Whilst this has improved somewhat at Brentford, a team that dominates possession, it is clear that Forss needs to focus on improve his off-the-ball movement in possession in order to receive the ball. Apart from that, Forss must improve in terms of aerial duels if he is to make the next step. The Finnish striker rarely goes up for aerial duels, despite boasting requisite height and strength to win them, and a greater urgency in these duels could see him take a similar leap to that of Dominic Calvert-Lewin at Everton.

At 21 years of age, Marcus Forss is finally making his mark at Brentford, and if he keeps improving at this rate, it won’t be long before he’s testing himself in the top flight of Germany — or England. Next summer’s European Championships will be a baptism of fire for him, with Finland set to take on Belgium, Denmark and Russia in their group, but Markku Kanerva may have a joker up his sleeve with Forss.