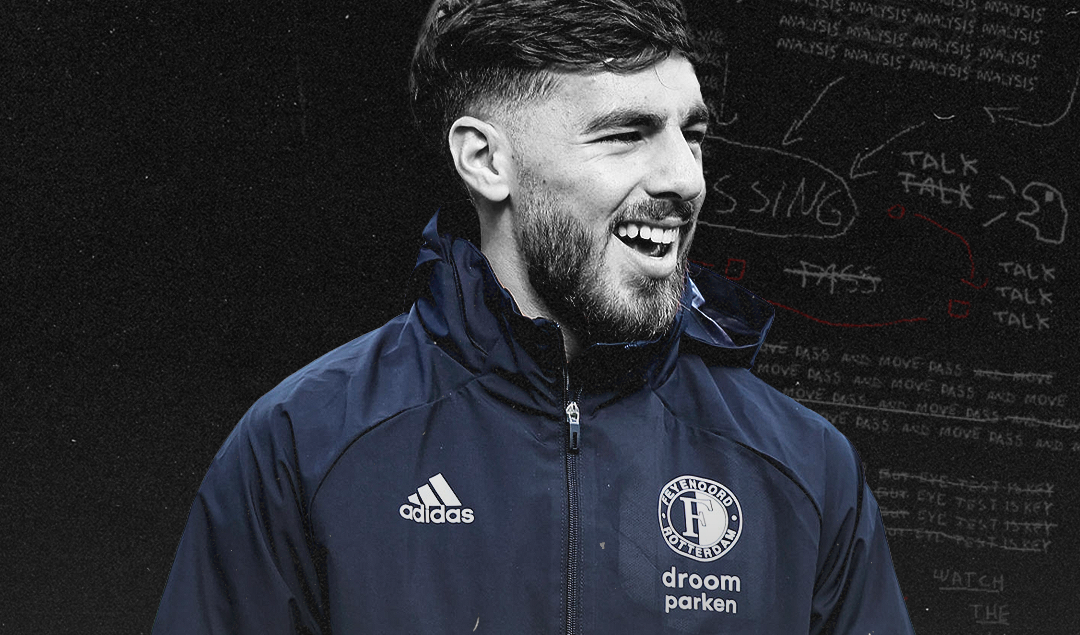 Inside the Grote Kerk church in Haarlem lies one of the world’s most famous organs. It is renowned for its decoration and has been played through the centuries by celebrated musicians such as Mozart. This city in the western Netherlands has a history of producing works of art and, in Orkun Kökçü, looks to have given the world another masterpiece.

The midfielder developed in the academy of Groningen, which down the years has produced both Arjen Robben and Ronald Koeman. In 2014, Orkun moved to Feyenoord, and quickly became one of the most promising players in their youth system.

In 2016/17, he played 12 games for Feyenoord’s under-17s, before breaking through in the next campaign. Orkun really caught the eye in both the U-19 Eredivisie and UEFA Youth League, scoring an impressive 17 goals and recorded 34 assists across the season.

As scout Ali Can Kutlu tells me: “Orkun is a great, great central attacking midfielder who can also play central mid. What stands out most is his technical abilities. His ball control, his first touch, his passes; long passes especially. His short passes are great too, but he is also a great long passer who can play through balls over the defensive line (he has a long pass completion rate of over 60%).

“He can do anything with the ball he wants, he’s very smart so he knows what to do as well. His poor decisions are very rare to see. Also, his long shots are pretty good, he can score goals from outside the box which makes him very valuable not only as a playmaker but also as a proper attacking player.”

Towards the end of the 2017/18 season coach Giovanni van Bronckhorst included Orkun on the bench for an Eredivisie match against Willem II. He failed to bring him onto the pitch but changed his tune in September for a cup tie with fifth tier VV Gemert. Scoring in a 4-0 win, the impressive performances kept coming in the U-19 Eredivisie. Orkun netted the winner in De Klassieker against Ajax, and it became impossible to restrict his talent to youth football.

On 9 December 2018 he made his Eredivisie debut, coming on against Emmen at halftime for the injured Jens Toornstra. Within half an hour, Orkun had scored, side footing in from close range, whilst also assisting Steven Berghuis in a 4-1 victory. This stunning performance granted Orkun more opportunities to play, as he ended the season with eleven Eredivisie appearances.

By 2019/20 Orkun had grown into one of Feyenoord’s main players, appearing in 35 games in all competitions. Unfortunately, the Dutch season was declared null and void owing to Covid-19, halting Feyenoord’s impressive 14-match unbeaten run in the Eredivisie, alongside denying them a place in the KNVB Beker final.

Despite playing so regularly, Orkun only scored three goals last season. This fact worries some fans, like Mark of @KuipTalk: “I think his biggest problem at the moment is the lack of goals. He scored a lot in the academy but has only scored one goal since last December. I do think he has a lot of potential, but he has been struggling somewhat with his form for a while.”

This goal drought is partly influenced by the fact new coach Dick Advocaat has used Orkun deeper in a midfield three rather than further forward as a number 10. However, Ali agrees finishing is one of the main things Orkun needs to work on, alongside his defensive play.

“Obviously he is playing as a central attacking midfielder, but (his defending) could be better. He works hard to get the ball back and everything, but I think he needs to work on it more as well. He’s not very strong, he’s not athletic, he’s not very capable of winning aerial duels.” 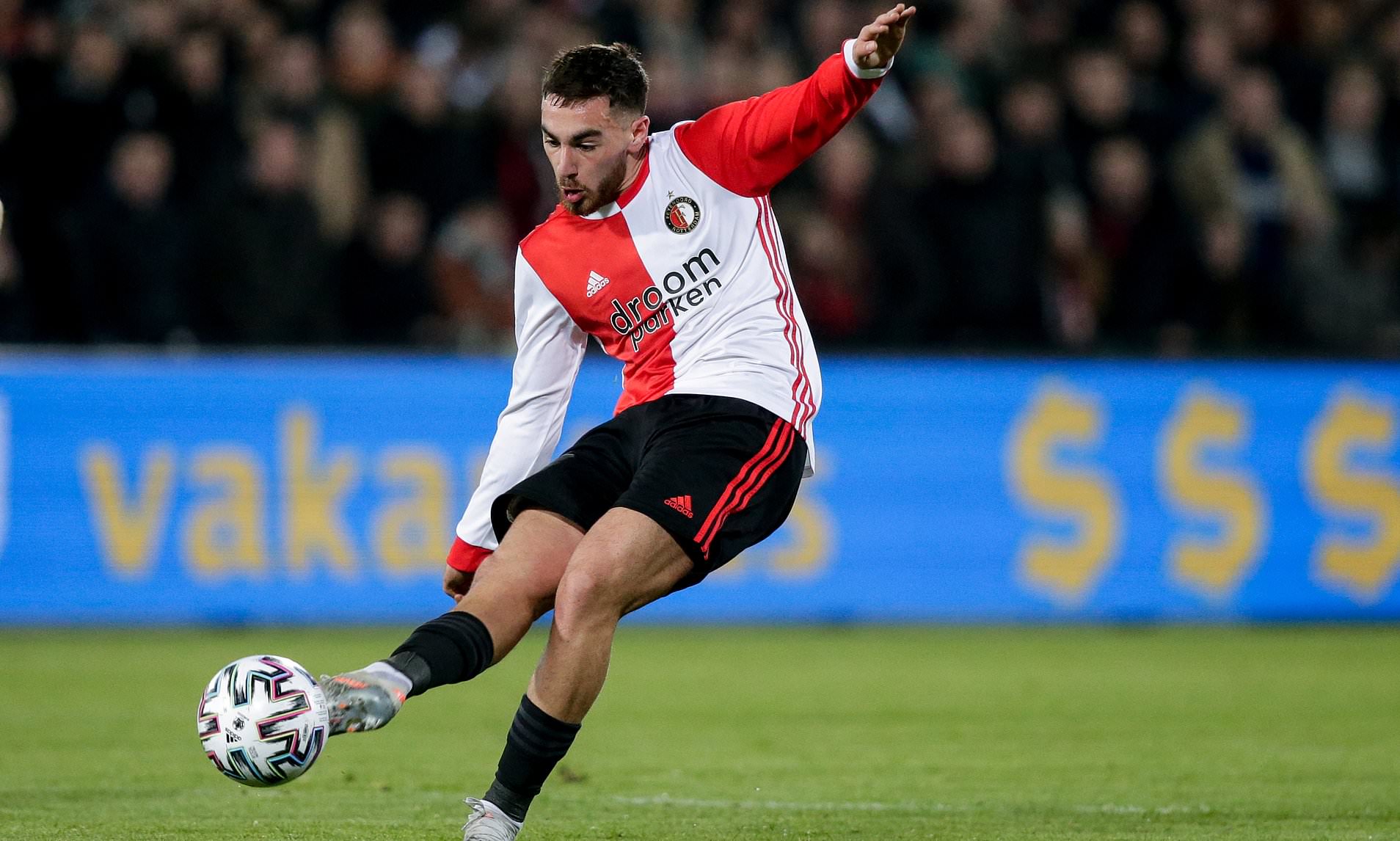 Still only 19, professional knowhow is something Orkun continues to acquire. He has been linked to Arsenal, Atalanta, Chelsea, Roma and Sevilla in recent months, but Ali is not sure if any of these moves would represent the right one.

“He needs to stay in the Eredivisie for a year or two longer. The Premier League I’m a little sceptical. I think it would still be acceptable, but he would fit perfectly in the Bundesliga. I can see him totally playing for, for example, Borussia Mönchengladbach.”

Wherever Orkun does move, he will transfer as a senior international. Surprisingly his two caps to date have come for Turkey, rather than the Dutch side he represented at youth level. It had been widely assumed he would play for his country of birth. However, in July 2019 he switched to his parents’ homeland owing to pride in his heritage.

“For Turkish football it is insane that we have such a talented player who is going to play for us for a very long time hopefully”, Ali says. “It’s actually a nice pain in the ass to have Çalhanoğlu and Orkun in the same position. They can both be creative, they can both be really, really, really significant attacking players who can just change the game.”

Orkun debuted for Turkey’s senior team against Serbia in September, but unfortunately injured himself in his last outing against Croatia. This match will not be his last appearance for the Milli Takımlar. The future is bright, and you will be hearing a lot more about Orkun Kökçü.