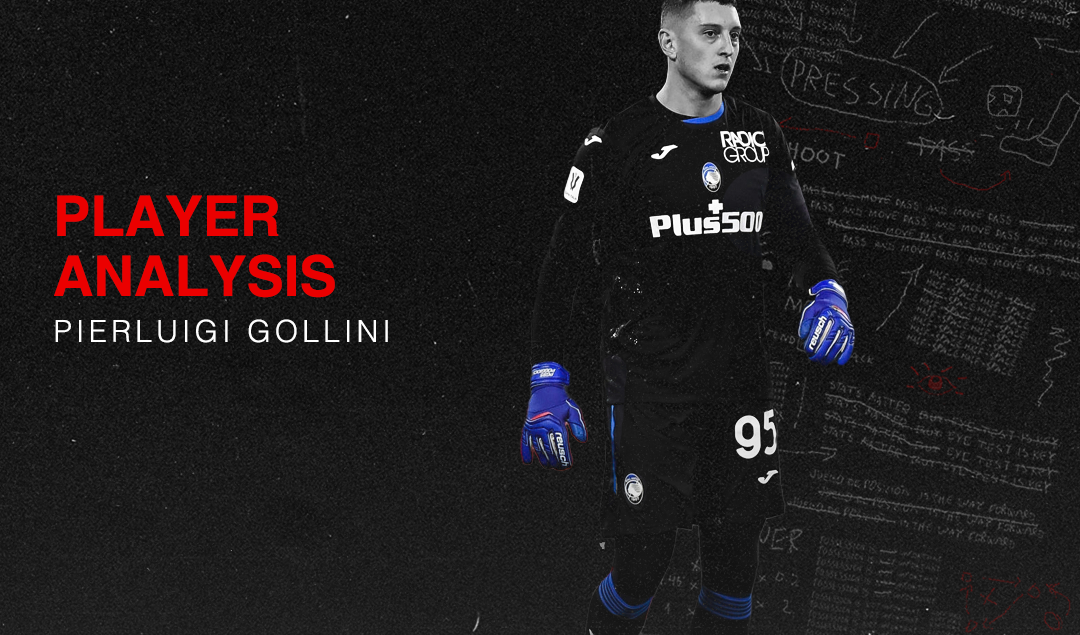 Moving from Italy to England is a switch that many Italian footballers have struggled with over the years. While the likes of Gianfranco Zola, Fabrizio Ravanelli, Paolo Di Canio, and Gianluca Vialli were able to have respectable careers in the English Premier League – Zola in particular is a legend at Chelsea – there have been a good number of flops such as Andrea Silenzi, Nicola Berti, Massimo Taibi, and Alberto Aquilani, just to name a few.

Manchester United had lured Italian youngsters such as Federico Macheda, Michele Fornasier, the American-born Giuseppe Rossi, and Pierluigi Gollini for its youth teams but they did not go on to have successful careers with the senior squad. Nevertheless, Gollini will be trying his luck again in English football for the third time. After his spell with the Red Devils and a stint with Aston Villa, the 26-year-old has joined Tottenham Hotspur on loan from Atalanta with an option to bought outright for €15 million.

With Fabio Paratici being appointed Managing Director of Football at Spurs, the former Juventus director has been looking at Serie A clubs for players and Gollini is likely to be joined by La Dea teammate Cristian Romero. The 26-year-old goalkeeper will likely challenge veteran shot-stopper Hugo Lloris for a place between the goal posts for Tottenham, and he is a signing that can be important for the North London club at the present and in the future.

Gollini is a footballer that has definitely benefitted from playing at Atalanta under Gian Piero Gasperini like many players have since the former Genoa tactician arrived in Bergamo in 2016 but he needed some time to find his feet. The Bologna native was playing for SPAL at youth level before moving to Fiorentina in 2010. After some time in the Viola youth academy, Manchester United snapped him up for its Under-18 team in March 2012 and he remained there until the end of the 2013/14 season.

On return to Italy, Gollini signed for Hellas Verona and he made three appearances in his first Serie A season in 2014/15. For the following season, he was the preferred option in goal for the Gialloblu, but he could not prevent the Veronese side from finishing on the bottom of the table. Despite this, the young goalkeeper produced some fine performances and he made 72 saves in 26 Serie A appearances. He also played for 2,319 minutes, which is the second-highest tally for him in a league campaign.

Aston Villa paid Hellas Verona €5 million for Gollini in the summer of 2016 and he was the first-choice goalkeeper under Roberto Di Matteo. The Birmingham-based club had been relegated from the English Premier League but it was struggling in the early stages of The Championship in 2016/17.

Di Matteo was sacked as manager in October 2016 and replaced by Steve Bruce. Although he continued to play under Bruce, the Italian youngster was eventually relegated to the bench after a 1-0 defeat away to Norwich City in December and Villa were 13th in the league table.

Gollini played 20 matches in The Championship, conceding 17 goals, earned six clean sheets, and made 43 saves. In January, Aston Villa signed Sam Johnstone on loan from Manchester United while the Italian returned to his homeland and joined Atalanta.

Acting as a reserve to Albanian goalkeeper Etrit Berisha, Gollini found playing time limited, featuring in four Serie A matches in the second half of the 2016/17 season and keeping three clean sheets as La Dea earned qualification for Europe for the first time since 1990/91.

It was not any different in the 2017/18 campaign either. The young goalkeeper failed to make an appearance in the Europa League and he appeared seven times in Serie A. In those limited appearances, he did concede just four goals and he kept four clean sheets.

Although he did not play too often, Atalanta nonetheless saw potential on him and it paid Aston Villa €4.4 million to purchase him permanently in the summer of 2018. It was around that time that Gollini recorded a rap song under the moniker Gollorius. In June that year, his single “Rapper coi guanti” (Rapper with Gloves) was released, and the proceeds went to charity.

Throughout the 2018/19 season, Gollini would earn more playing time. He played in four Europa League qualifiers but he could not prevent Atalanta from being eliminated from the Final Qualifying round by Danish club FC Copenhagen on penalties. Meanwhile in Serie A, Berisha played 18 matches whereas the Italian featured 20 times.

He conceded 21 goals and kept just four clean sheets but he made 49 saves. Despite having limited protection from his defense due to the attacking nature of his teammates, he demonstrated that he could make excellent saves thanks to his excellent reflexes.

It was a historical campaign for La Dea as they earned qualification for the UEFA Champions League for the first time and they reached the Coppa Italia Final, only to lose 2-0 to Lazio. Gasperini made Gollini his undisputed number one in 2019/20 while Berisha was sent on loan to SPAL. He would go on to play 33 times in Serie A, keep eight clean sheets, conceded 42 goals, and he made 81 saves. He also played a personal best of 2,884 minutes in the league as well.

The Italian also featured in seven Champions League matches, helping them qualify for the Round of 16 and he kept clean sheets in the 2-0 victory at home to Dinamo Zagreb and 3-0 win away to Shakhtar Donetsk in the group stage.

A finger injury kept him out of Atalanta’s 4-3 victory away to Valencia in the Round of 16 and a knee injury meant that he did not feature in the Bergamaschi’s 2-1 defeat to Paris Saint-Germain in the quarter-finals. Considering how suspect Marco Sportiello’s positioning was on the goals, one can only wonder what a fit Gollini could have done against Les Parisiens.

After making 22 appearances for Italy at various youth levels, Gollini had also made his first senior appearance for the Azzurri in November 2019, replacing Gianluigi Donnarumma after 88 minutes in the 3-0 victory away to Bosnia and Herzegovina in a Euro 2020 qualifier.

Despite an impressive 2019/20, the goalkeeper did not have as impressive campaign in 2020/21, but he had his share of highlights as well as lowlights. He played 25 times in Serie A, made 40 saves, conceded 26 goals, and kept a career best 10 clean sheets for a season.

Arguably the high point of the season was in a 1-1 draw away to Juventus in Serie A, where he made an abundance of fine saves including one from a Cristiano Ronaldo penalty. Gollini has an uncanny ability to save penalties and now he holds the distinction of being the only player in the Italian league to save a penalty from the Portuguese superstar.

Undoubtedly the low point of the season was 1-1 draw against Sassuolo, when he charged mindlessly out of his box and fouled Neroverdi winger Jérémie Boga. Not only did he earn a red card for the erratic challenge, the draw also mathematically sealed the 2020/21 Serie A title for Inter.

A reported falling out with Coach Gian Piero Gasperini also limited his game later in the campaign and playing less at club level also impacted on his chances of playing for his country. Although Italy coach Roberto Mancini has called Gollini up on other occasions, the 26-year-old did not make the final cut for the Azzurri squad for Euro 2020, which the Italians went on to win. Donnarumma, Alex Meret from Napoli, and Salvatore Sirigu from Torino went in his place.

Gollini might not be as polished as his compatriots, he does have his strengths and he can be a fantastic shot-stopper on his day. He has Champions League experience and he has played in a team that is constantly punching above his weight. Tottenham seems to be planning for a future without Hugo Lloris and the Italian possesses the talent to be more than a deputy for his French colleague.