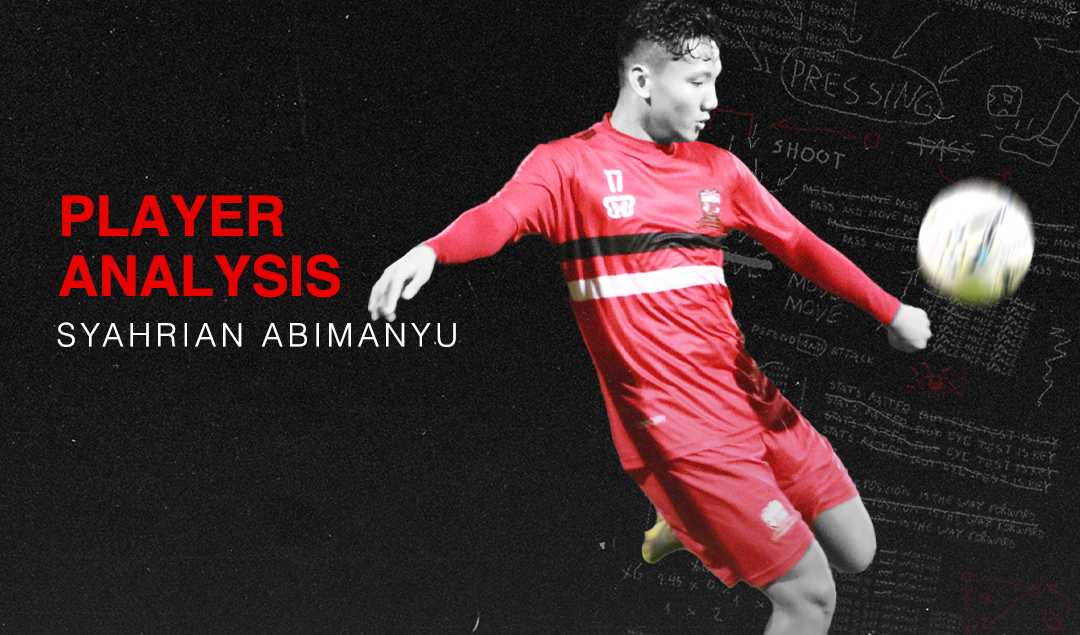 Perhaps the brightest jewel from that bunch is 21-year-old Syahrian Abimanyu. Born in Banjarnegara, Central Java, Abimanyu began his career at SSB Jaya Mandiri Bogor before progressing to the Jakarta Football Academy (JFA). After a brief spell in Spain with Levante, he returned to Indonesia in 2018 to join Sriwijaya FC, before enjoying a breakthrough campaign at Liga 1 side Madura United.

His performances in East Java caught the attention of Johor Darul Ta’zim F.C. (JDT), who have won the past seven Malaysian Super League titles. After signing a three-year contract with the Southern Tigers, he will spend the upcoming campaign on loan at A-League side Newcastle Jets.

Abimanyu is versatile enough to operate as a defensive, central, or as an attacking midfielder, being equally adept at defending, transitioning, or dribbling forward. The former Levante man often plays as a number 8 with the freedom to dictate the tempo. Technically, Abimanyu is blessed with an excellent first touch and good close control in addition to being able to produce line-breaking passes. A clever player with great awareness of his surroundings, he often uses his technique and composure to resist the press before releasing the ball to his team-mates in advanced positions. 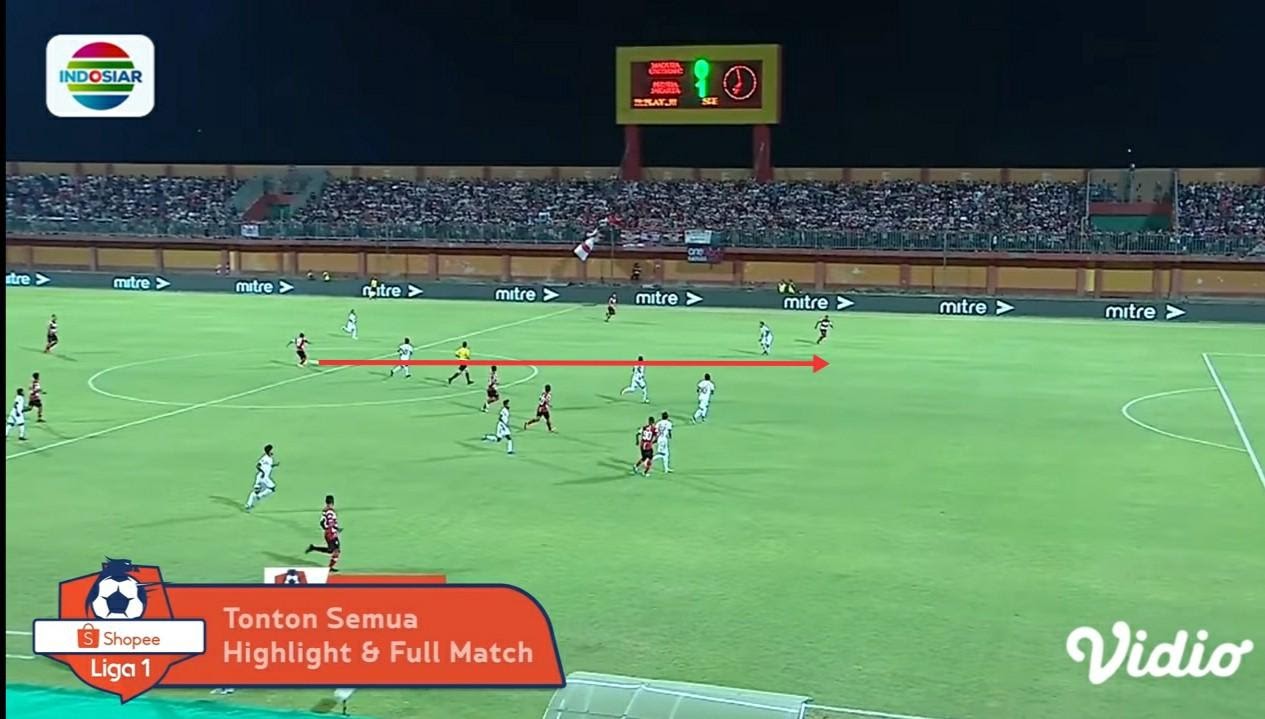 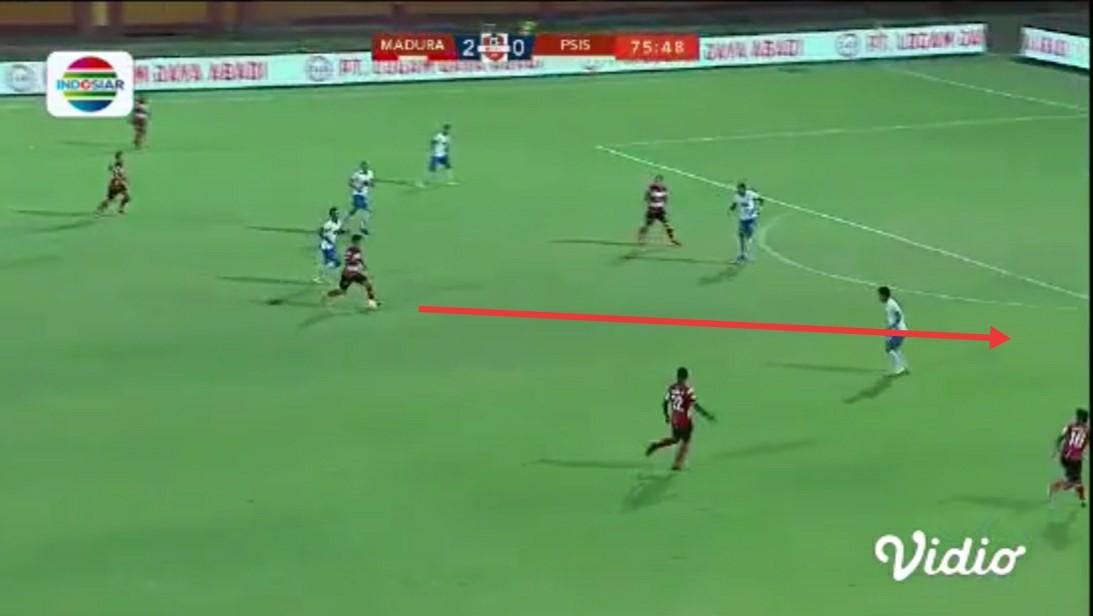 In the two images above, we can see that Abimanyu’s body positioning is conducive to playing a range of passes with either foot while also disguising the final destination of through balls. Abimanyu also possesses superior technical skills with regard to receiving the ball and maintaining possession. 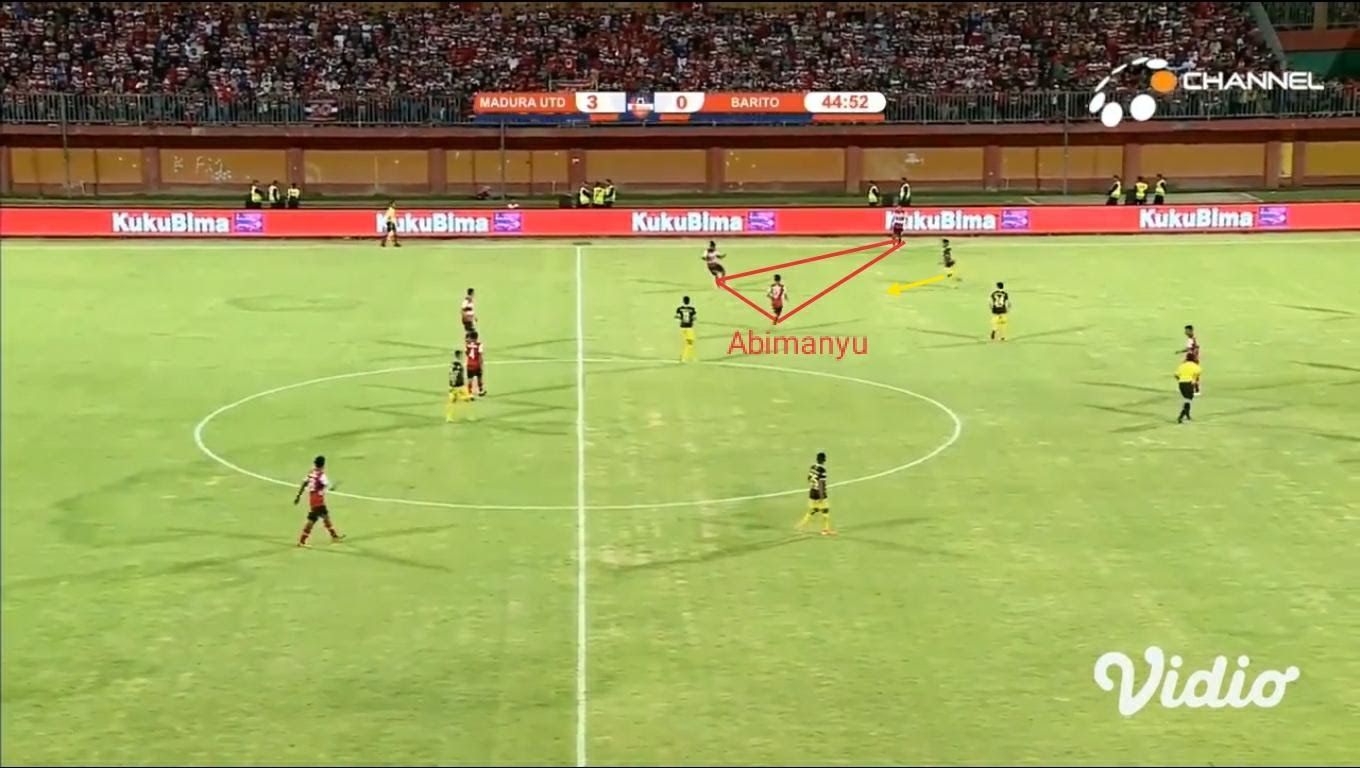 The above example against PS Barito Putera exemplifies his intelligent movement. Abimanyu runs towards Emmanuel Oti, causing the nearest opponent to attempt to press him, and leaving the Ghanaian winger in ample space. Madura United would go on to win 4-0 at home courtesy of goals from Jaimerson Xavier, Bruno Oliveira de Matos, and a brace from Beto Gonçalves. 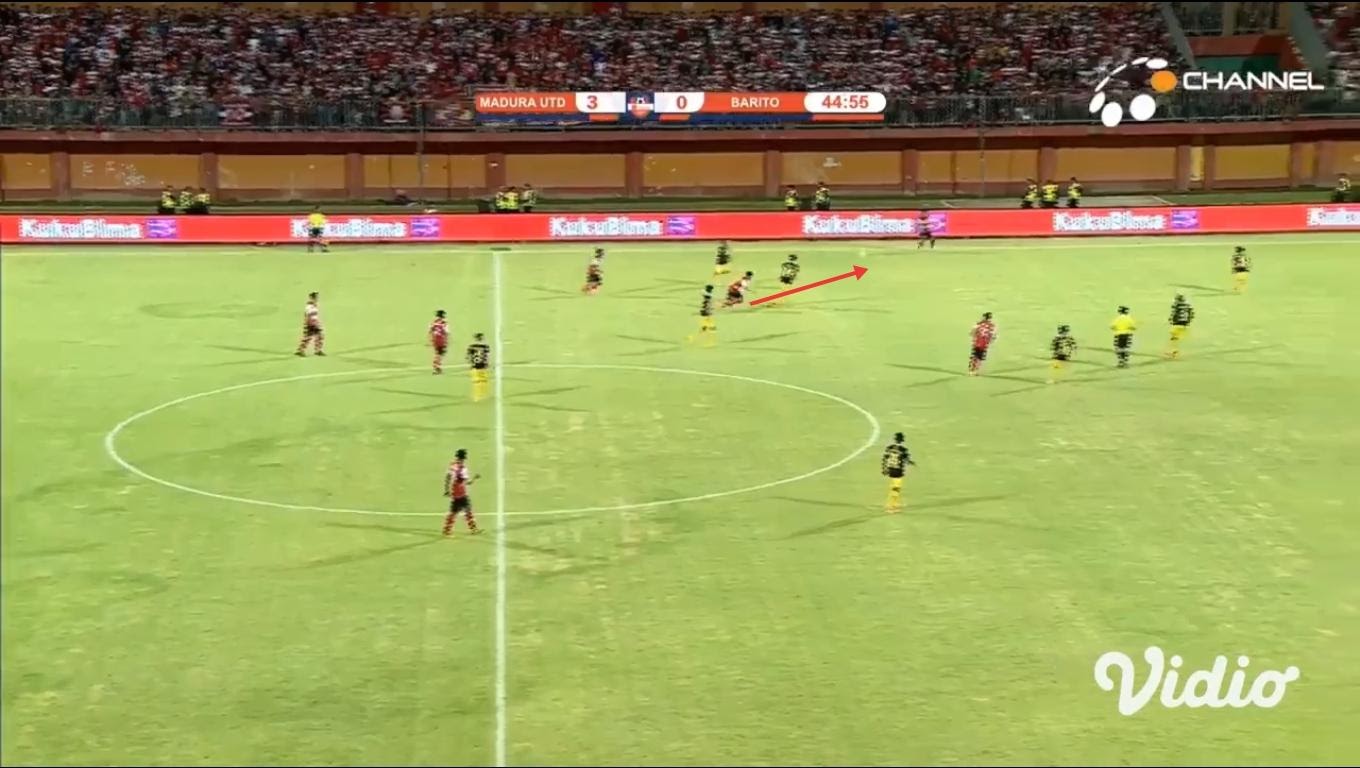 Apart from his intelligent movement, one of the 21-year-old’s key strengths is his execution in dead-ball situations. Whether for club or country, Abimanyu is a set-piece specialist with the ability to pick out forwards in advantageous areas, as demonstrated by his tally of 5 assists in the Liga 1 Indonesia this season.

How Will Abimanyu Fit in at JDT?

JDT manager Benjamin Mora tends to favour a 4-3-3 formation with central midfielders moving forward and executing progressive passes in order to link up with wingers in the half-spaces, while the full-backs overlap into advanced areas. When out of possession, JDT move into a 4-1-4-1 shape, which requires the central midfielders to be alert in transitions. This is especially key when pressing opponents to recover possession, while they also have to ensure that they are not outnumbered.

One of the advantages of having Abimanyu in midfield is his positioning and technical ability which he utilises to break down opposing blocks. Such a skillset will be highly beneficial for his future teammates Safawi Rasid, Gonzalo Cabrera, La’Vere Lawrence Corbin-Ong and Matthew Davies. Abimanyu’s use of the ball is particularly advantageous for the wingers Rasid and Cabrera, who can then use their pace and dribbling skills in 1v1 situations. 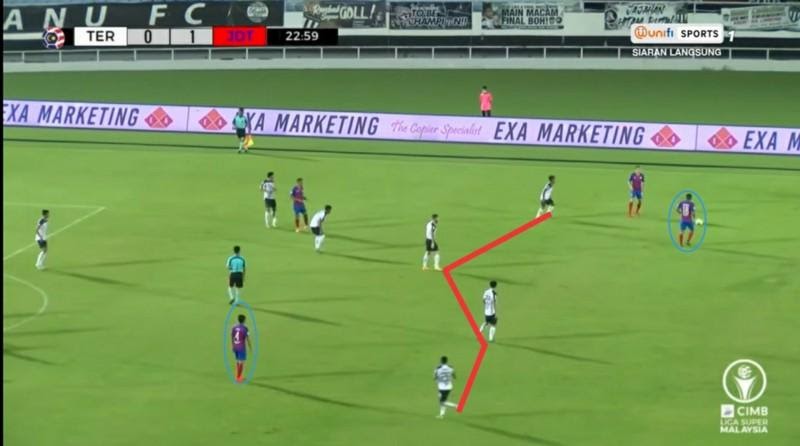 In the above image, Terengganu FC are set up defensively in a medium-low block using a 4-1-4-1 formation. The four midfielders maintain their compactness and follow the direction of the ball, but when the midfield presses, this is not reciprocated by a corresponding shift in the defensive line.

Instead, this leads to the distance between the two lines increasing, resulting in the defensive midfielder having a large area to cover. This makes JDT difficult to defend against, especially with their midfielders looking for pockets of space. In such a scenario, midfielders such as Abimanyu can use their creativity to instigate attacking moves.

At first glance, the purchase of another midfielder doesn’t seem like an urgent requirement, with JDT boasting a plethora of midfielders ranging from Natxo Insa, Leandro Velázquez, Nazmi Faiz, Afiq Fazail and Liridon Krasniqi. However, Syahrian Abimanyu’s arrival will give Benjamin Mora plenty more options in midfield, both with regards to squad depth and the player’s unique attributes.

After polishing his skills in Australia, the 21-year-old will have the opportunity to prove his potential in Johor and play a leading role in JDT’s ongoing dynasty. Alongside Safawi Rasid, Akhyar Rashid, and Syamer Kutty, Abimanyu has everything it takes to become the creative heartbeat of JDT for years to come.