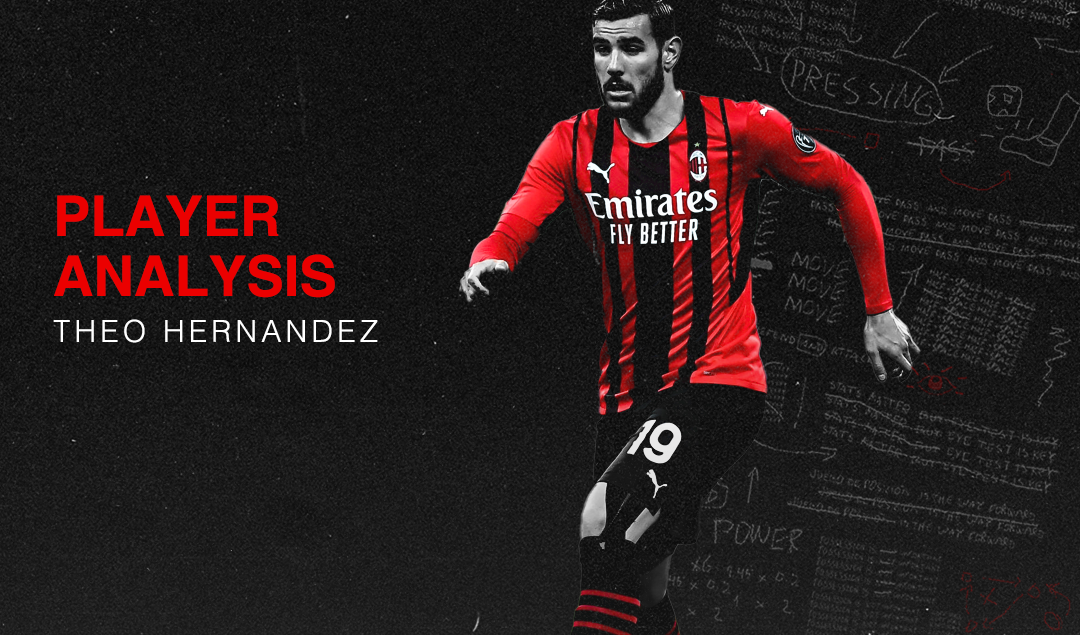 “Theo is doing great from an attacking point of view. Personally, I hope that he can be here with us one day but it is not a choice that I can make. Since he signed for Milan, he has improved a lot and you can see it in every match. He scores goals and makes assists repeatedly. He is my brother so I am biased but he is also an excellent player. I like him a lot and I wish to see him here in the national team soon.”

Those were the words of France left-back Lucas Hernández from his press conference on international duty in March when he spoke about his younger brother and AC Milan defender Theo. Lucas has had an illustrious career so far, winning numerous trophies at club level with Atlético Madrid and Bayern Munich as well as the 2018 FIFA World Cup with Les Bleus.

Theo Hernández might not have the medals that his older brother has won yet but the 23-year-old is developing into a fantastic player in his own right. Surprisingly though, the AC Milan left-back was not named by Didier Deschamps for the France squad for the upcoming European Championship. It would have been unlikely that he would have displaced Lucas in the starting line-up but Theo has displayed the form of an international quality left-back since joining the Rossoneri in the summer of 2019 from Real Madrid.

Known more for his attacking qualities than his defensive capabilities, the younger Hernández brother is a footballer that is blessed with great pace, can dribble rapidly with the ball at his feet, and possesses the capability to get into goalscoring positions. AC Milan has had some great left-backs play at their club such as Renzo De Vecchi, Karl-Heinz Schnellinger, and Paolo Maldini, so there are some high standards for Theo to meet, but the 23-year-old in two seasons has been laying the foundations for a great career of his own.

After coming through the youth ranks at Atlético Madrid like his brother, he was loaned out to Alavés for the 2016/17 season and scored a goal in the Basque club’s 3-1 defeat to Barcelona in the 2017 Copa del Rey Final. Real Madrid bought Theo for €24 million, but he only featured 13 times throughout the 2017/18 La Liga season, and he was sent on loan to Real Sociedad for the following campaign, playing 24 times in the Spanish league.

AC Milan decided to acquire the French defender of Spanish descent in July 2019 and paid Los Merengues a reported figure of €20 million. He made his debut for the Rossoneri as a substitute in Week 4 of the 2019/20 Serie A season, when they were defeated 2-0 by Inter in the Derby della Madonnina. Theo started in the following league game against Torino, which Milan lost 2-1, but Coach Marco Giampaolo made him an undisputed starter and that did not change when the former Empoli and Sampdoria tactician was replaced by Stefano Pioli despite a 2-1 victory against Genoa in Week 7.

It was in that victory against the Grifone where the French left-back scored his first goal for Il Diavolo. Lucas Paquetá quickly took a free-kick and Theo made a dash into the box before beating Rossoblù goalkeeper Ionut Radu from a tight angle. The Frenchman scored his second goal for Milan in a 2-1 defeat to Roma but then his next two goals came in Rossoneri victories.

He capitalized on some haphazard defending to score the solitary goal in a Week 14 win against Parma and he was involved in the scoring in the 3-2 victory against Bologna in the following round. Theo ran onto Suso’s through-ball to score the second Rossoneri goal but he also scored an own goal after a Nicola Sansone corner deflected off him. His next league goal came in Week 20 in a 3-2 win at home to Udinese.

Both Theo and his opponent Jens Stryger Larsen neglected their defensive duties and both scored for their respective teams. Stryger Larsen scored first for the Zebrette after Rossoneri goalkeeper Gianluigi Donnarumma calamitously lost the ball on the left flank and the Dane lobbed the into an empty net.  Then the French left-back got his goal in the second half to put Milan 2-1 up when a corner was not cleared properly by the Friulani defense and he smashed a thunderous first-time volley from outside of the box.

Theo added one more goal in the 2-2 draw away to Napoli in Week 32 to take his tally to six goals in 33 Serie A games in his debut campaign and he also provided five assists. The 23-year-old improved statistically in 2020/21, founding the back of the net seven times and supplying assists for six others in 33 league appearances. It was in the 3-0 win against Spezia in Week 3 when the left-back got his first Serie A goal of the season, dispossessing an opponent on the left-wing, then sprinting into the box to beat Aquilotti goalkeeper Rafael with a low and powerful strike.

AC Milan was close to suffering its first defeat of the league campaign when it was trailing 2-0 against Parma in Week 11 but Theo emerged as the unlikely source of a brace to rescue a point. His first goal came from a header and his second was a hard, diagonal drive which managed to penetrate right through the Ducali defense. Theo once again found the back the net with a header as he scored the winning goal in the 3-2 victory against Lazio in Week 14, but then in January this year, he became one of the few players to have contracted COVID-19.

He only missed one Serie A match and he was immediately reinstated to the starting line-up by Stefano Pioli, but he would have to wait until Week 34 to score his next goal. AC Milan defeated Benevento 2-0 but Stregoni goalkeeper Lorenzo Montipò prevented the Rossoneri from winning far more comprehensively. Theo’s goal sealed the victory after he had provided a pass for Zlatan Ibrahimović, but Montipò saved the Swedish striker’s shot, the French defender continued his run and then smashed the rebound into the net.

AC Milan humiliated Torino 7-0 away in Week 36 and the left-back scored twice but his last decisive contribution arguably came in a match in which he did not score. The Rossoneri were crowned winter champions in the first half of the 2020/21 Serie A season but they were at risk of missing out on the UEFA Champions League.

They travelled to Bergamo to face Atalanta in the final round and Theo earned a penalty in the first half after he was fouled by La Dea defender Rafael Tolói. Franck Kessié stepped up to convert the penalty and qualification for Europe’s premier competition was sealed when the Ivorian midfielder scored another spot kick in the dying minute of the match.

Milan will be in the Champions League for the first time since 2013/14 and its French left-back certainly played his part. With his marauding runs down the left flank and thunderous shooting, he certainly captures the imagination of many Rossoneri fans. If Theo keeps progressing like this, surely Didier Deschamps cannot keep ignoring him. Instead of having one Hernández of great ability at left-back, he can select one more from the same family and potentially get some great performances from the one at AC Milan.