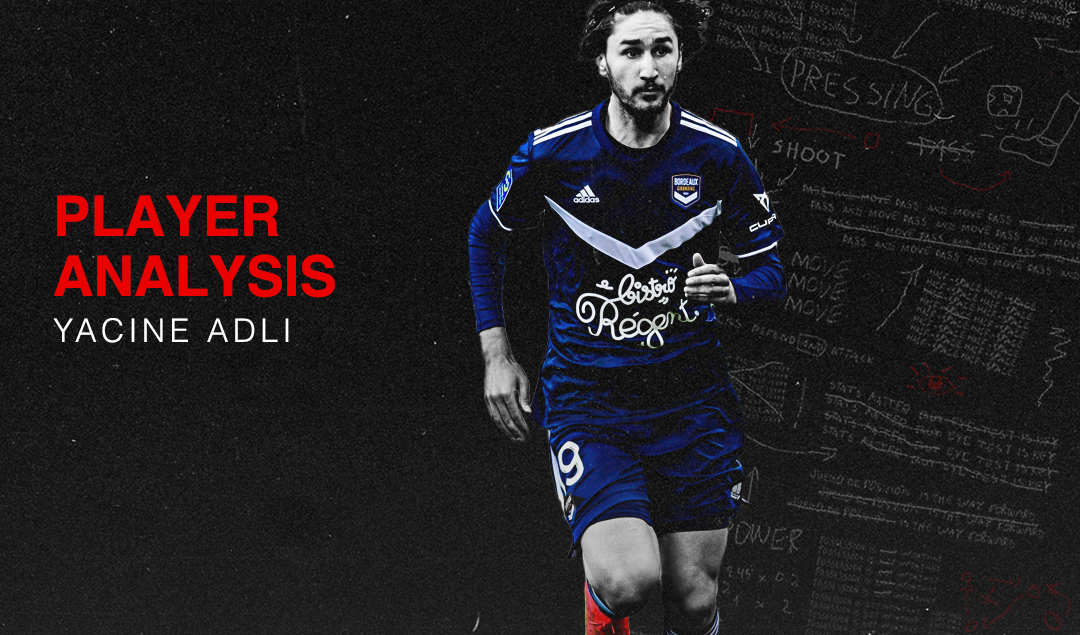 With the billions at their disposal, there’s one thing that Paris Saint-Germain neglect, their youth. The capital of France, and its outskirts, is quite frankly a hub of footballing activity, the talent pool is exceptional, but it’s not utilised. The Île-de-France region has produced the likes of: Paul Pogba, Kylian Mbappé, Anthony Martial, and N’Golo Kanté amongst others, but PSG have tended to turn the other way, and use the Real Madrid method of signing ‘Galácticos’.

The fact that Mbappé grew up within touching distance of the Parc de Princes, but ended up at AS Monaco as a youngster before being signed by PSG for around £130 million in 2017 shows the club’s attitude towards youth. In recent years Moussa Diaby, Christopher Nkunku, Adil Aouchiche and Tanguy Nianzou Kouassi have all departed the Paris club due to a lack of pathway to the first-team, and barring Nianzou, they’ve all excelled since leaving.

Another name to add to that list is Girondins de Bordeaux’s Yacine Adli, who left PSG in January 2019 for £4.95 million. A box-to-box central midfielder, Adli made just one senior appearance for PSG, a seven-minute stint in a 0-0 league draw against SM Caen, and decided it was time to move to pastures new two years ago.

After making only two Ligue 1 starts in the back-end of the 2018/19 season for Bordeaux, Adli amassed just over 1,000 league minutes last term, scoring three goals and assisting a further three; it was an encouraging campaign for the youngster, but he was yet to establish himself as a regular, and with three managers coming through the door in his first full season, it wasn’t the smoothest transition.

However, this year, under the guidance of Jean-Louis Gasset, Adli has found himself in the team more often than not, and with over 2,000 league minutes and 21 starts under his belt, he’s found his groove, and is making the most of it. With one goal and five assists, only Hwang Ui-Jo and Rémi Oudin have contributed to more Ligue 1 goals than Adli in the Bordeaux this season, and that’s not even his primary job.

His main role in Gasset’s 4-2-3-1 is simply to win the ball back and progress it forwards as quickly as possible. This is reflected in his outstanding underlying numbers that stack up impressively against Europe’s best.

Adli’s 4.3 tackles and interceptions per 90 this campaign is more than Jude Bellingham’s 4.0, and Ismaël Bennacer’s 3.9, both of whom play a similar role to Adli for Borussia Dortmund and AC Milan respectively; a ball-winning midfielder who then has the composure to progress the ball forwards via a key pass or a dribble. Only seven players under the age of 23 in Europe’s top five leagues are making more than Adli’s 2.9 tackles per 90 this season, yet he is still in the top 7% of midfielders in said leagues for shot-creating actions; he truly does it all.

Furthermore, one of Adli’s greatest strengths is his ball work off the ball, something that many lack, and his match intelligence is at an incredible level for someone his age; his maturity is well beyond his years. With 25.86 pressures per 90, Adli ranks in the top 3% of midfielders in Europe’s top five leagues; by comparison, Chelsea’s Mason Mount, who is viewed as an excellent presser, completes 21.29 per 90; Adli is simply competing and bettering elite players in all aspects of the game.

Despite mostly being deployed in a double pivot, Adli still has an xA tally per 90 of 0.18, which is just 0.01 shy of Romain Faivre’s tally this season, showing that he has the technical proficiency and vision needed to play further forward. However, with his defensive work-rate and nous so advanced, it would be foolish and almost a waste of his talents to play him as a No.10; Adli is a No.8 and should always be deployed there.

Just last season he became the first player born in the 2000s to score a brace in Ligue 1 so he certainly has capabilities in front of goal, but as mentioned earlier, it’s not his bread and butter; give him a role in a double pivot, or part of a flat midfield three and he’ll thrive.

At just 20 years old, Adli has years of maturing ahead of him, but his talent is already being projected onto the biggest stage in France, and it won’t be long before he leaves 16th-placed Bordeaux to play European football, likely providing his current club with a huge profit. However, with just one win in the last 13 games, Adli’s first job is to keep Bordeaux in the top flight, something he certainly has the ability to do.