Ever since he broke into the first team at Trabzonspor, I have been a big fan of Yusuf Yazıcı. That feels strange given we were born in the same year, but you don’t want to hear much more about me. I can’t blame you, as Mr Yazıcı is undeniably far more exciting.

To start with, his surname. To aid all you non-Turkish speakers, it is pronounced Yaz-udge-jer. With that potential faux pas out of the way, onto answering your burning question of ‘what sort of player is he?’

In short, Yazıcı is an attacking midfielder who can play on either flank but is best utilised down the middle. His main asset is his left foot, in which he possesses phenomenal power. He loves to shoot from distance and is also very proficient from set pieces. In open play the Turk has excellent close control, plus the vision to operate effortlessly between the lines.

His journey began at the start of 1997. Born on 29 January, Yazıcı hails from the city of Trabzon- where he would later make his name. At the age of ten, he joined Trabzonspor’s academy, before breaking into their first team in 2015.

Yazıcı was handed his debut in the Türkiye Kupası against Gaziantepspor as an 18-year-old in December 2015. He then had to wait another two months before making his first Süper Lig appearance. This came off the bench in a 2-1 loss to Akhisarspor, as Trabzonspor endured a difficult season to finish 12th, their lowest position in 14 years. 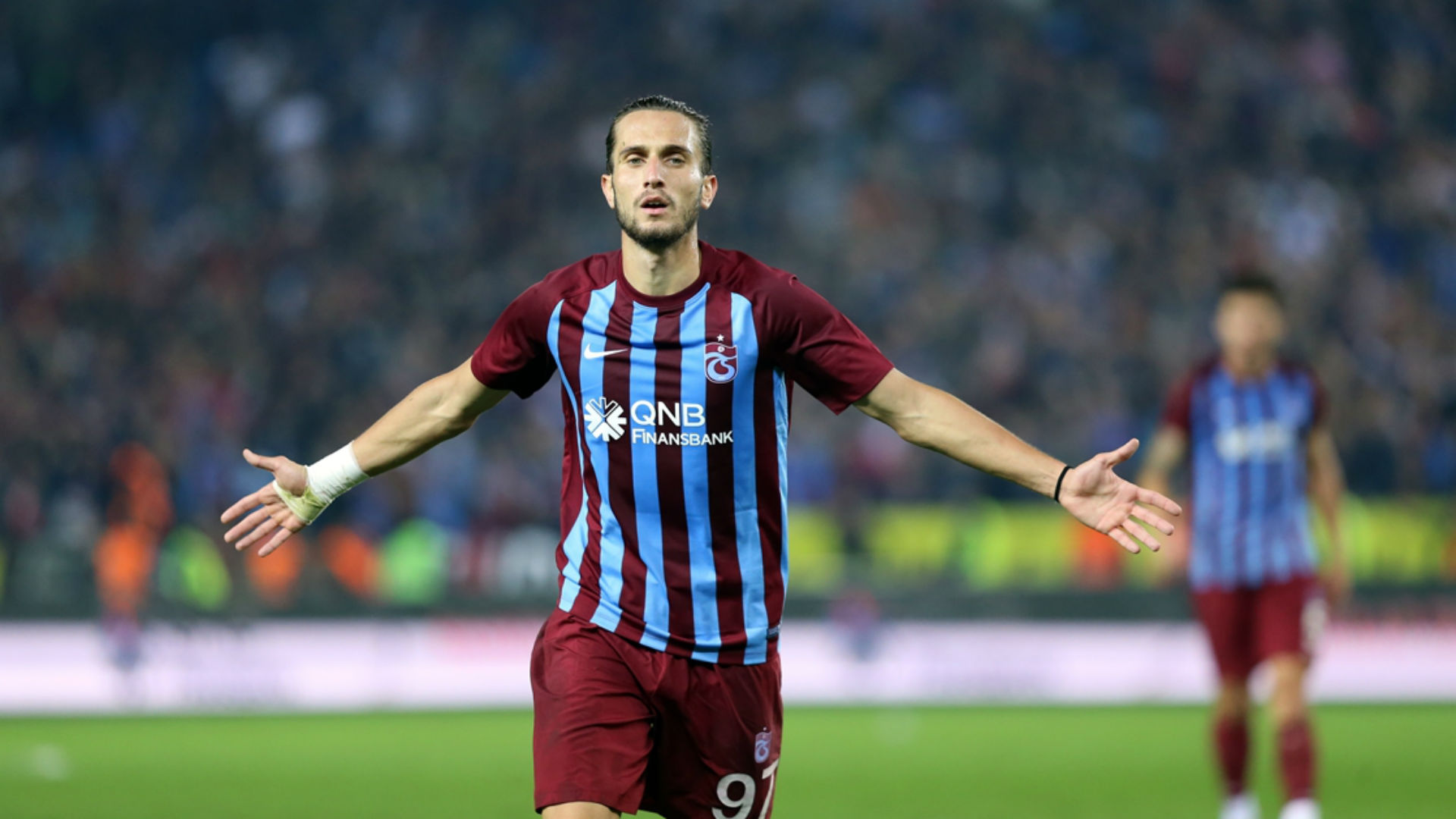 Despite this poor showing, Yazıcı would score twice and assist two more in a 6-0 thumping of Rizespor in early May 2016. Surprisingly off the back of this performance, he was omitted from the squad for all but two of the first 16 Süper Lig games the following campaign.

It was only in late December 2016, after regular attacking midfielder Mehmet Ekici was frozen out for failing to agree a new contract, that coach Ersun Yanal turned to Yazıcı. He started all bar one match during the second half of Süper Lig, ending the season with four goals and six assists from 18 appearances.

When Ekici eventually departed for Fenerbahçe, it was clear those in Trabzon were not going to miss him. In the dishevelled young man wearing the 97 shirt of his birth year, supporters had the one thing every fan dreams of: one of them on the pitch.

It helped that he was rather good. That summer Yazıcı made his senior debut for Turkey in a World Cup qualifier against Kosovo. He now has 27 caps to his name, with a sole goal coming against Moldova in September last year. According to some, this international recognition, coupled with interest from abroad, went to Yazıcı’s head. Such speculation contributed to a downturn in his numbers during the 2018/19 campaign, where he only scored four goals.

Nevertheless, by now it was clear Yazıcı’s future lay away from his hometown. In July 2019 he announced on Instagram his intention “to represent Trabzonspor abroad successfully”. This post came amidst rumours of switches to Arsenal and Liverpool, and although neither club were his destination, one played a big part in his transfer.

Having received €79 million from Nicolas Pépé’s sale to Arsenal, Lille decided to use some of these funds to bring in Yazıcı. It was a protracted deal, with rumours first surfacing in June, some two months before the €17.5 million fee was agreed.

Fellow summer signing Victor Osimhen impressed immediately, but the same cannot be said of Yazıcı. It took the Turk most of his debut season in Ligue 1 to adjust to the physicality of French football. Coming off the bench on the opening day against Nantes, the following week he started in a surprise 1-0 loss at Amiens. 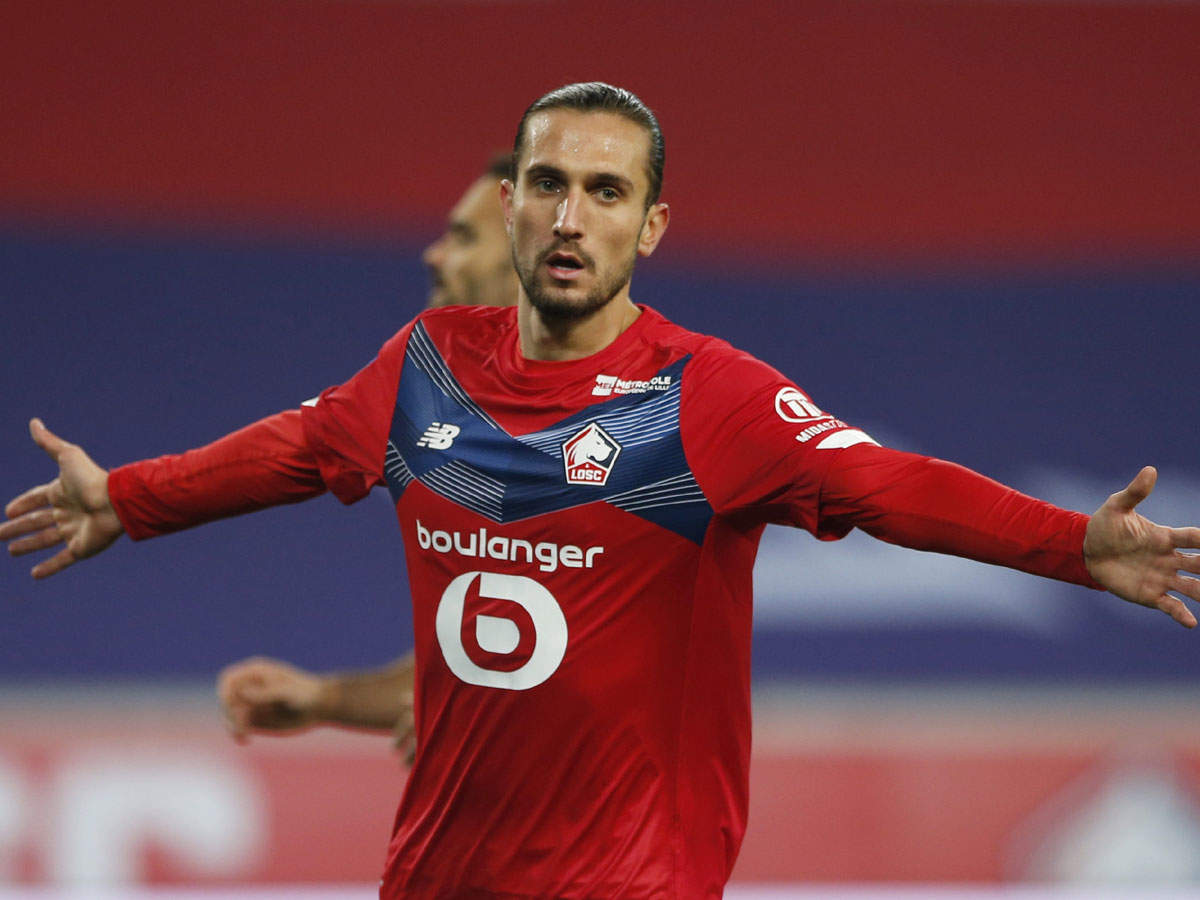 Over two months passed before Yazıcı made his first major contribution for the French side, whipping in a free kick for José Fonte to head home a late consolation in a 2-1 loss at Toulouse. The next week in a 3-0 win over Bordeaux, Yazıcı scored his first goal for LOSC from the penalty spot, whilst also assisting both the other strikes.

However, to think of this match as Yazıcı’s coming-of-age would be jumping the gun. He only recorded one more assist prior to rupturing a cruciate ligament in his right knee in December 2019. This injury would keep Yazıcı out for the rest of the season, which French authorities called off in April owing to the COVID-19 pandemic.

This curtailment would help Yazıcı recover in time for the new campaign, which would bring with it a familiar face. Recruiting the 35-year-old Burak Yılmaz may have looked misguided from manager Christophe Galtier, but there was a reason. Alongside his prolific nature, Burak played with Yazıcı during his most productive year at Trabzonspor, when the latter contributed to 15 goals in 2017/18.

The pair appear to have rediscovered their connection. Lille have started the Ligue 1 season in inspired form, currently sitting just two points behind leaders Paris Saint-Germain. Yazıcı has been a key part of these performances, being sometimes asked to operate as a striker in Galtier’s favoured 4-4-2. He has linked up well with his compatriot Burak and the three Jonathans of Bamba, David and Ikoné.

Having finally settled, Yazıcı has been particularly prolific in the Europa League. Coming into the opening group game with Sparta Prague, no Lille player had ever scored a European hat-trick. Just before halftime in the Czech capital Yazıcı hit a shot from 25 yards into the top corner. In the second half he scored a header, before stroking into an open goal to banish that statistic to the history books.

Two weeks later he broke another long-standing milestone. Since Rivaldo in the 2000/01 Champions League, no opposition player had scored a hat-trick against AC Milan at San Siro. Step forward Yazıcı, who won and converted a penalty to break the deadlock. After half time he hit through Gianluigi Donnarumma from long range, rounding off a 3-0 win with a fine first-time finish.

On 22 November Yazıcı scored twice and got another assist in a 4-0 victory against Lorient. Having produced seven key passes, he was awarded a rare perfect rating of 10.0 by WhoScored.

Yazıcı is finally delivering for Lille in a way those in Trabzon know he is capable of. There is a reason his first club retired his shirt earlier this year. If he can keep up his current form and lead Lille to the title, such an honour might be bestowed on Yazıcı by Les Dogues too.