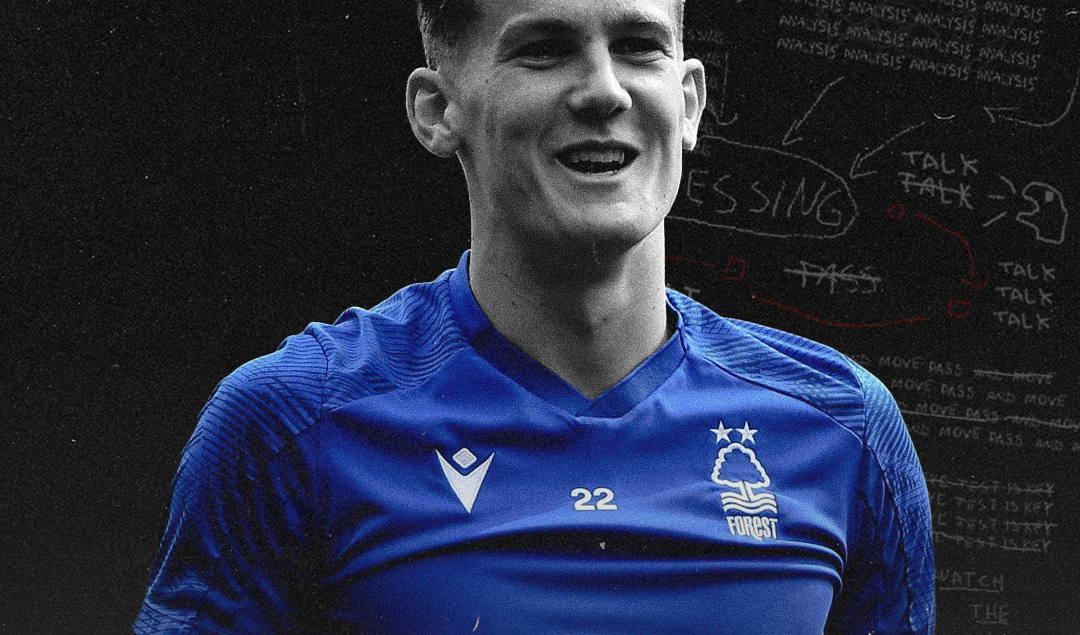 Over recent years during Nottingham Forest’s numerous low points, a strange pattern has emerged whereby Ryan Yates becomes the scapegoat for all Forest’s woes and is unceremoniously scorned by a small but loud section of fans.

Granted, the recent consecutive losses this season have been a grave disappointment for a fanbase that, under Steve Cooper, have become used to winning on a regular basis. However, it would appear this needless trend is continuing on Trentside.

Last season, Yates emerged as a stalwart in central midfield.  Whether it was breaking down play and initiating the counterattack or contributing more regularly with goals and assists, ‘Yatesy’ had a breakthrough season in the Garibaldi Red.

His consistent presence and insatiable appetite to win characterised a Forest side that looked like a proper team for the first time in years.  Of course, his renewed form wasn’t without the odd hiccup, with the midfielder scoring an awkward own goal against then-promotion rivals Middlesbrough.

Why Are Nottingham Forest the Only Premier League Team Without a Shirt Sponsor?

But overall, he silenced even the most tenacious of his critics over the course of that miraculous campaign and was rewarded with an affectionate song from the frenetic fans at the City Ground (‘If Yatesy scores, we’re in the Trent’).  He was indomitable in the air, ruthless in the tackle and even played a portion of the season at centre back.

Playing through a recurring and painful shoulder injury at the business end of last season and propelling his beloved club to promotion is all the evidence you need to judge Yates’ character and quality.

Following promotion, he was announced as vice-captain, alongside his best friend and fellow academy graduate Joe Worrall as captain, and the stage was set for the local boys of Nottingham to reinstate Forest as a top-flight side.

So it seemed that following his heroics on the pitch during the season where Nottingham Forest finally shed their ‘sleeping giant’ skin and returned to the promised land of Premier League football, Ryan Yates might also be free of the often unjustified criticism from some of the Forest faithful. Well, it hasn’t quite turned out that way.

As they say, a leopard never changes its spots and some Forest fans have reverted to the incessant criticism of the talented midfielder following Forest’s poor run of form.  Unfortunately, his top-flight career was delayed through injury at the beginning of the season and new signings Orel Mangala and Lewis O’Brien impressed in his absence.

Despite a positive Premier League cameo against Everton, Yates appears to have drawn the all too familiar negativity yet again having started in Forest’s four consecutive losses.  Whilst he has struggled to find the same form as last season, the blame for recent results should not be laid at the feet of the home-grown hero.

Collectively, it is clear that Forest have struggled to gel as quickly as fans would have hoped, with injuries to Moussa Niakhaté and Mangala hampering this process significantly. Moreover, Cooper’s indecision on his starting XI hasn’t helped Yates.

He has had little game time alongside Forest’s most impressive addition O’Brien who, of all the summer signings, is most similar to his former midfield partner James Garner.  So just like the entire Forest squad, Yates is going to need some time to discover another fruitful central midfield partnership.

Having said this, Yates has been somewhat overshadowed by the arrival of Orel Mangala from Stuttgart and O’Brien from Huddersfield Town.  Both have taken to Premier League football seamlessly and their form currently places them firmly ahead of Yates in the preferred starting XI of many Forest fans, and likely that of Cooper when all are at full fitness.

But as we know, the Premier League season is a long and arduous one.  Consequently, Yates is the type of player Forest will need for a relegation fight, should their poor run of form continue.  Having played in every tier of the professional English football pyramid, at the age of 24, Ryan Yates knows a thing or two about dedication.  It is this commitment to playing for his boyhood club that has seen him prove his doubters wrong in the past and may well just inspire this newly assembled group toward survival.