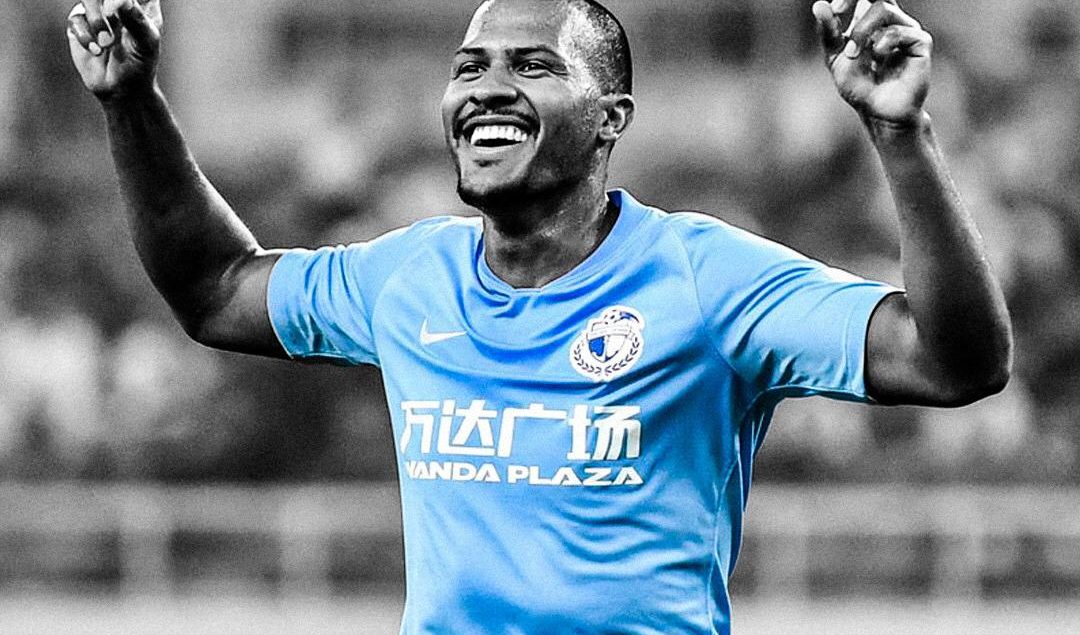 Following an eventful, and in most eyes successful, 2018-19 season with Newcastle, Salomón Rondón entered the summer of 2019 as a player most assumed was set for a long-term return to the Premier League. The Venezuelan may have had up and down years with West Brom in prior years, but under Rafa Benitez he’d found his stride and managed a season of 11 goals and 7 assists in 32 Premier League matches.

It became clear during the summer, however, that Newcastle’s ownership had no plans to resign the Venezuelan striker or his new favorite manager. Salomón Rondón was now back with West Brom in the championship and open to new offers. Rumor quickly spread that the top club looking into the Caracas-born goal scorer was West Ham United.

A move to West Ham was especially exciting because Rondón had first found European form with Málaga from 2010 to 2012. The Venezuelan helped the club to UEFA Champions League qualification and proved deadly up front, all under the eye of Málaga’s manager, Manuel Pellegrini. With Pellegrini now the manager at West Ham, the move seemed fitting.

Again, however, before the London club could find itself in the hearts of Venezuelan football fans across the globe, stories came out saying the club had decided to not follow through. Both Newcastle and West Ham’s hesitance with Rondón appeared to be due to age, with the two clubs assuming his good form in the 18-19 season was surely down to luck more than anything else and that his fast-approaching 30th birthday would signal a sharp decline in form.

Rondón followed Benitez to Dalian Yifang in the Chinese Super League, finding no love from Europe, and focused on keeping his resume clean for club and country. Now, many months after his move to China and with 2019 wrapped up, signs are beginning to show that many underestimated how 30 would treat the Venezuelan.

Brought in to help Dalian improve their goalscoring, Rondón had a strong impact on the side. While he didn’t lead them to the top five or six spots in the Chinese Super League table, something the club briefly challenged for in 2019, the Venezuelan managed to score five goals make three direct assists in his 11 games at the club as a midseason signing.

Combining this with the fact that Dalian collectively scored 14 goals in those 11 games and it becomes clear that while Dalian’s attack wasn’t on fire, Rondón was vital every time things were working. The Venezuelan scored 35% of the club’s goals and was directly involved in 57% of said goals.

While Rondón didn’t break any records in his first stint in China, he proved a deeply useful asset for Dalian, who finished midtable and made the semifinals of the Chinese FA Cup, China’s domestic cup, by the end of the season.

Rondón’s most impressive run of form in 2019 was outside of club football, with the striker continuing to serve as Venezuela’s preferred option up top. Early year friendlies in March and June brought 3 goals, one in a historic 3-1 win over Argentina and two against the United States. This would only tease the scoring antics to come.

After helping Venezuela to the quarter finals of the 2019 Copa América, the striker would be electric for la Vinotinto in a series of friendlies in October and November. The traveling front man would score twice against Bolivia before scoring just four days later against Trinidad & Tobago. The goals, coming against relatively lower rated nations, would then be complimented by a hat trick against what was supposed to be a well-prepared Japanese side, which hosted la Vinotinto in Suita, Japan.

Rondón’s goals ranged in type. From a header to open the scoring in Japan to a penalty and a bicycle kick against Bolivia, the Venezuelan scored every way one can in 2019. Like at Dalian, Rondón represented the key to his side’s attack at the international level. His nine goals for Venezuela in 2019 came from ten appearances and represented almost half of the 21 goals la Vinotinto scored that year.

2019 was also a historic year for the striker, who overlapped Juan Arango, known for stints at the likes of Mallorca, Mönchengladbach, Pachuca, and Tijuana, as the Venezuelan national team’s top goal scorer. Arango had held that record at 23 goals for years before Rondón broke it with a brace against the United States in the summer.

The flurry of goals that would follow in the Autumn would then push the record far past its previous barriers. La Vinotinto’s record goal count is now 30 under Rondón, who reached that count with almost 50 fewer matches to his name than Arango.

With both statistics and history on his side, Salomón Rondón has done anything but hide in the shadows following his dismissal from Newcastle United at the end of the spring. The clubs who considered him may indeed be rethinking their choice. Newcastle United’s main replacement for Rondón was Joelinton, a talented Brazilian previously at Hoffenheim. As of the 18th game of the 19-20 Premier League season Joelinton has only scored one goal.

West Ham were Rondón’s strongest post-Newcastle suitors in England. The London club have spent much of the 19-20 season in the lower half of the table with a meek goal count of just 19 goals in their first 17 games.

It should be noted that Rondón’s former club, West Brom, is one of the favorites for promotion back to the Premier League from the Championship this season. The midlands club, who the Venezuelan made over 100 appearances for, reached 50 points at the half mark of their season at 23 games.

The state of Rondón’s form and the state of many of the club’s linked to him leave one asking if it’s possible the Venezuelan will return to the Premier League over the various transfer windows that wait over the next year.

If not to England, could the Venezuelan head elsewhere? Rondón, valued at under 20 million USD by most sources, has called multiple clubs in Spain and Russia home, along with his exploits in the likes of Venezuela and China. With Rondón representing an affordable but historically strong option up front, the options seem vast for where the Venezuelan may move if he feels Dalian Yifang doesn’t fit his long-term goals.

Some rumors suggest that Rafa Benitez, the main reason Rondón went to Dalian Yifang, is himself not a permanent face at the Chinese club. Benitez was rumored as an option for several now-taken managerial opinions toward the end of 2019, but the future remains unclear for both manager and player.

These rumors were further fueled by a new rule in the Chinese Super League that limits salaries at 49,000 pounds a week. This limit is likely to weaken the interest of foreign players, including Rondón, in staying long periods of time in China.

As one of his countries best-ever performing players and the current attacking icon of the nation’s senior team, rumors will surround Rondón’s leave from the largely lesser valued Chinese Super League for as long as he remains in the East.

With FIFA 2022 World Cup Qualifiers and the 2020 Copa América on their way, Venezuelans and la Vinotinto itself will need their striker at his prime, a prime that may well require a top-level league for procurement.

Holding 35 goals and 15 assists in the Premier League to his name and an average finish of fourteenth place in the English top flight on his record, reaching as far as tenth in the 16-17 season, time and money will prove whether or not there is room for one of Venezuela’s best in the Premier League.