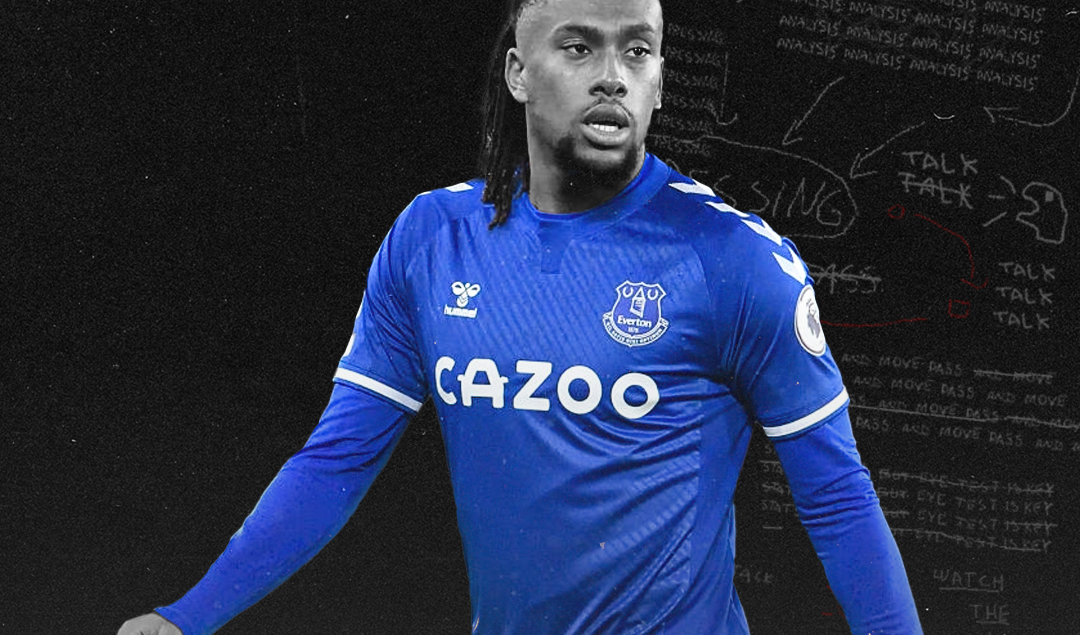 When Everton paid Arsenal an initial fee of £28 million for Alex Iwobi on August 8, 2019, plenty of eyebrows were raised; the general perception was that they overpaid, and rightly so. Iwobi at the time was a 23-year old squad player for Arsenal, with flashes of talent here and there but no real consistency or end product, as demonstrated by his tally of 11 goals and 17 assists in 100 Premier League games for the Gunners.

Those are not the kind of stats that come to mind when you think of a £28 million attacker, but Everton clearly didn’t mind. They splurged and believed in his potential to grow into something more at Goodison Park. However, the Nigerian failed to demonstrate his potential in his first season away from Arsenal, registering 1 goal in 25 Premier League appearances as the Toffees finished a disappointing 12th.

Having failed to impress under both Marco Silva and Carlo Ancelotti, despite being provided ample opportunities on both wings and in attacking midfield, it seemed Iwobi was destined for the exit door at Merseyside, a widespread belief that was furthered after James Rodríguez’s arrival from Real Madrid on a free transfer. He wasn’t included in the squad for the opening day win away at Tottenham, and was a substitute in 6 of the next 7 games, starting only once: a 4-2 win against Brighton in which he notched an assist.

An opportunity presented itself when Seamus Coleman sustained a hamstring injury whilst on international duty with the Republic of Ireland on November 12. The veteran fullback’s injury left Ancelotti without a fit senior right full-back, with Everton neglecting to sign a replacement for Djibril Sidibé after the Frenchman returned to Monaco after his season-long loan, and instead deciding to bring back youth player Jonjoe Kenny following his loan at Schalke.

As the saying goes, necessity is the mother of invention. Having utilized a 4-3-3 in the first two months of the season, Ancelotti switched to a 3-4-3 when Everton paid a visit to Craven Cottage on November 22. With Allan and Abdoulaye Doucouré manning the double pivot, and Ben Godfrey partnering Yerry Mina and Michael Keane in defense, Iwobi played as a right wing-back opposite Lucas Digne. 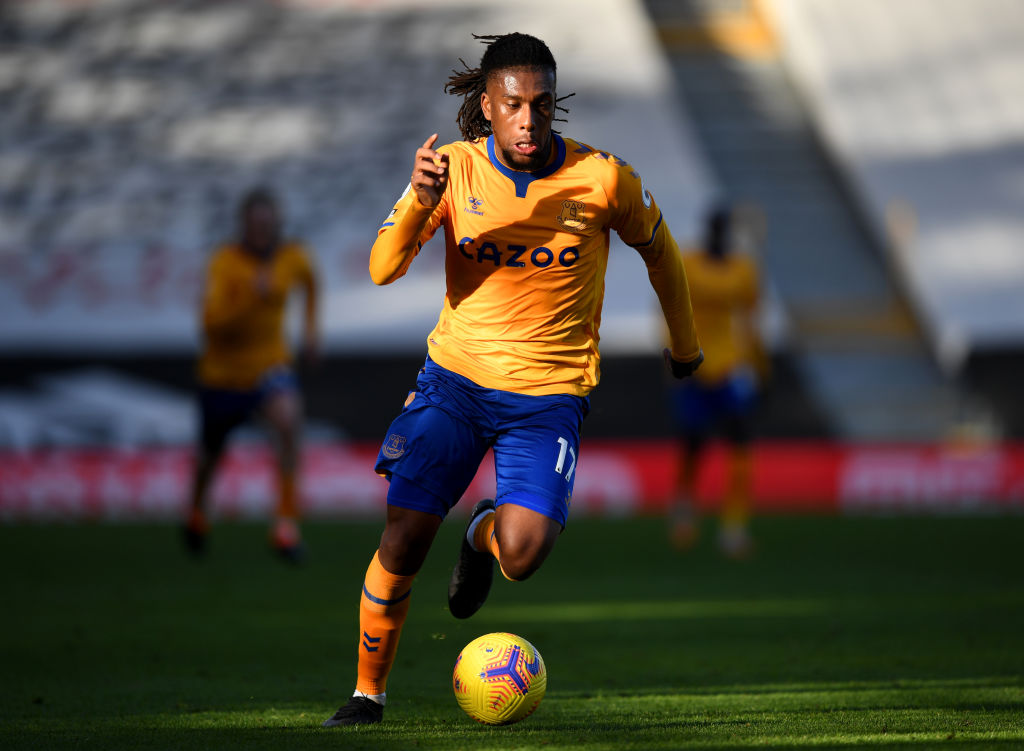 The tactical switch worked wonders. Playing in a defensive role, Iwobi impressed in a 3-2 win against Fulham, breaking forward at will, keeping Ademola Lookman quiet, and allowing Rodríguez plenty of attacking freedom. After the match, Iwobi stated in an interview with Everton:

“I am a forward-thinking player, I like to get on the ball and express myself. I played right wing-back a couple of times with Arsenal, they wanted me to bomb on and, like I was doing in the first half at Fulham, get crosses in and run down the line with the ball.

It is not something I have done a lot but anywhere I am told to play, I try to do my best. At least, for me, playing right wing-back, the manager has in his mind, I can play anywhere on the left and right and in the middle. Anywhere he wants me to play, I will be able to do that job.”

With Iwobi in Everton’s current set up, the formation often evolves from 3-4-3 to a 4-4-2 as the game progresses, especially when they’re on the break: Richarlison leaves the left wing and tucks in alongside Dominic Calvert-Lewin, giving them more ammunition in the box for when the crosses come in. When opting for a 4-2-3-1, Ancelotti has tried playing center back Mason Holgate in the right back position to allow Iwobi a more attacking role as a right midfielder, but it hasn’t quite worked the same magic.

Everton currently sit 7th in the Premier League — just seven points behind second-placed Manchester United despite having two games in hand. Everton’s impressive domestic form is thanks in large part to the performances of Iwobi, who played in 9 of their previous 10 matches, 8 as a starter, and lasted the full 90 minutes in five of those matches.

Although his end product needs a massive boost (1 goal, 2 assists, and 1.71 expected assists in the Premier League), Iwobi hasn’t been helped by lackadaisical finishing from his teammates in front of goal. Nevertheless, his team is not dependent on his finishing ability as would have been the case had he been playing in an attacking midfield position. With Iwobi in his wing-back role, he can consistently provide buccaneering runs, the occasional cross and tackle, and an extra attacking presence when the team needs it.

The Nigerian has completed 310 of an attempted 377 passes (82% passing accuracy), whilst he has also held his own on the defensive end, completing 17 successful tackles out of 26 attempts (65% tackle success), and keeping the likes of Timo Werner, Willian, Pablo Fornals and Dwight McNeil under wraps. At 24 years of age, Iwobi is finally finding a consistency that has eluded him throughout his career up until now. 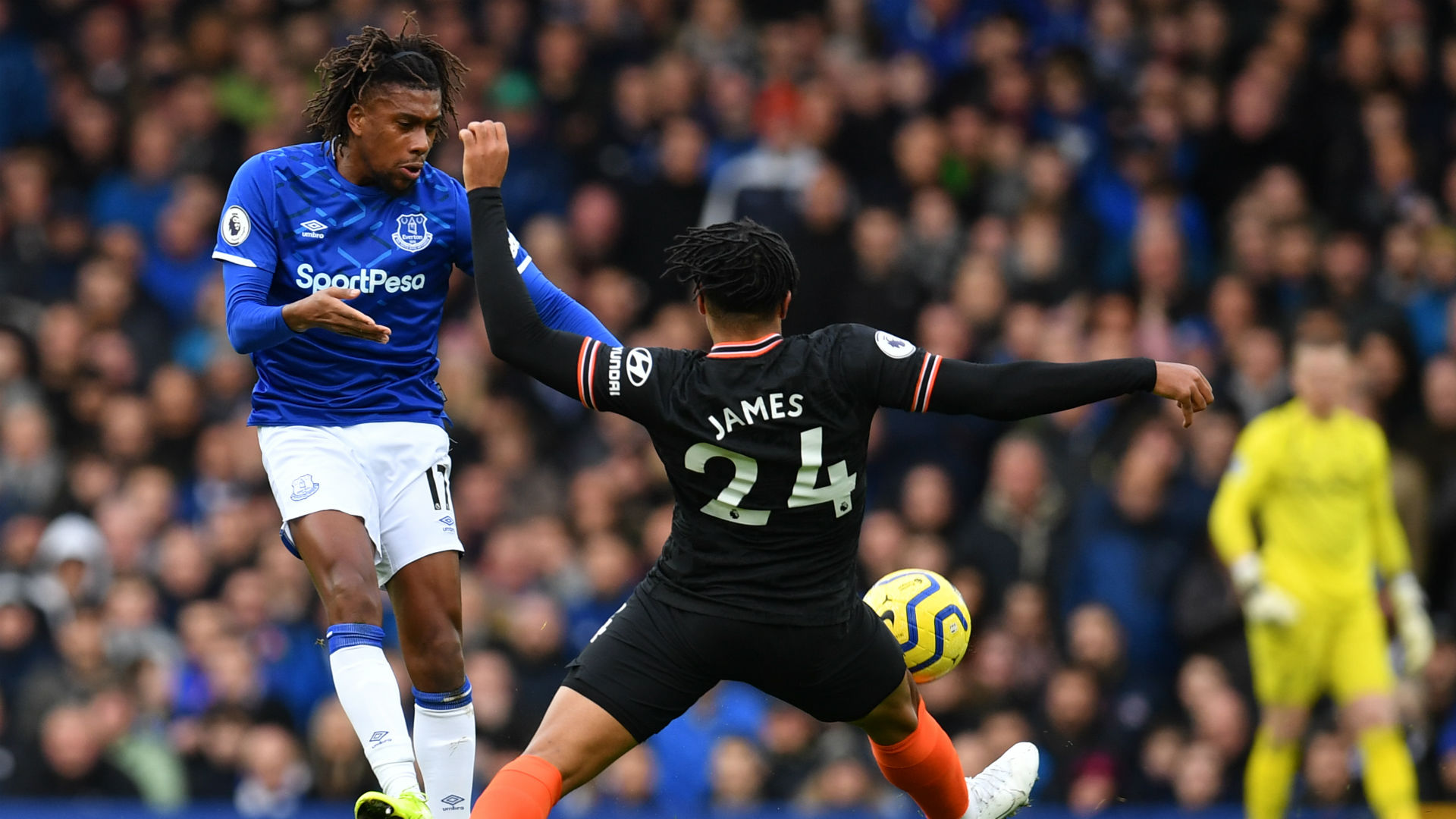 Perhaps Ancelotti took a page out of the book of his compatriot Antonio Conte. When Conte took charge of Chelsea in the summer of 2016 following a two-year stint as Italy manager, it seemed likely that Victor Moses would not feature much at Stamford Bridge. The struggling Nigerian winger had spent the past three seasons on loan, having bounced from Liverpool to Stoke City to West Ham with middling success. Rather than freeze him out, though, Conte gave him a chance.

The result? With Moses playing as a right wing-back in Conte’s 3-4-3 formation, Chelsea won the Premier League at a canter, becoming the Nigerian player with the most appearances for a Premier League-winning side (40 games in all competitions). Iwobi has enjoyed a similar metamorphosis to Moses, another player who was born in Lagos, headed for London at a young age, and found consistency under an Italian manager.

As opposed to Moses, Iwobi is naturally a #10, and he’s blessed with a stronger final ball and a delightful combination of close control and change of direction. These factors have made him into a regular performer under Ancelotti, but if he is to avoid the fate of Moses, who has spent the past two years on loan at Fenerbahçe, Inter Milan, and Spartak Moscow, he must refine his end product in front of goal and maintain his level of consistency.

Whether playing at wing-back or winger, Alex Iwobi has gone from a fringe player to a vital performer under Carlo Ancelotti in the space of a few months. One year after being dubbed a big-money flop, the Nigerian has grabbed his chance by the scruff of its neck and nailed down a starting spot at Goodison Park.