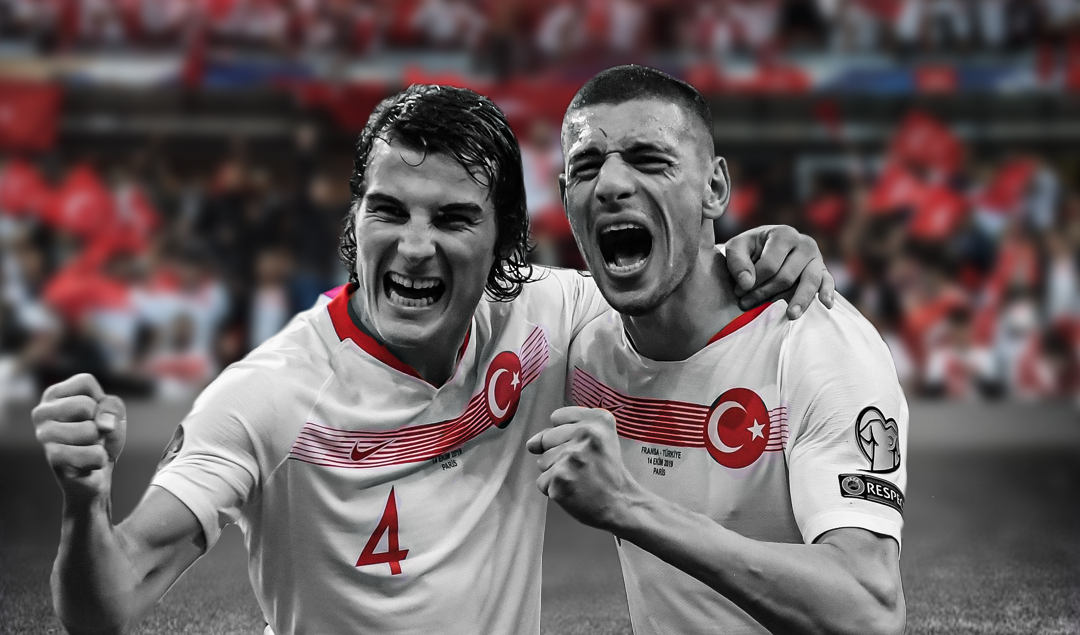 How much influence can a team’s defense have in a successful system? To answer this question, we must begin with the fundamental understanding that teams are built from back to front, a basic principle of which there are zero doubts.

It’s not enough that your team can score goals; they also need defenders who can defuse nervy situations and handle each attacking bombardment from the opposing side. One of the clearest  examples of this necessary balance can be found in Didier Deschamps’s France side.

Boasting an incredible collection of center backs ranging from Samuel Umtiti, Raphaël Varane, Presnel Kimpembe and Lucas Hernandez, France have established themselves as the best team in international football under Deschamps, reaching the Euro Final in 2016 and winning the World Cup in 2018. They have been an example to follow for every single team, and their defensive prowess has seen them reach unprecedented heights in the nation’s footballing history; in the last World Cup, they conceded a mere six goals in seven matches.

This article isn’t about France, though; it’s about another country that has risen from the ashes and developed a promising side on account of its burgeoning group of center backs. The country we are talking about — is Turkey.

They finished dead last in their Euros group in 2016, and they haven’t advanced to a World Cup since 2002, and yet, Turkey are headed to next summer’s Euros after qualifying out of a group of France, Iceland, Albania, Andorra and Moldova. Granted, apart from France, that isn’t the strongest set of names.

But Turkey, who conceded three goals in 10 qualifiers, look to have turned a corner under new manager Şenol Güneş, and it’s in no small part due to their superfluous quality in defense.

While the likes of Ömer Toprak, Serdar Aziz and Ersan Gülüm had been acceptable servants in previous years, Turkey now find themselves in younger, more reliable hands. Here are the players that compose Turkey’s fearsome generation of central defenders:

It would be unjust to start this article with anyone other than Çağlar Söyüncü. Söyüncü left the Turkish second division side Altınordu for Bundesliga outfit Freiburg in 2016, before testing himself in the Premier League with Leicester City. His first season saw his opportunities limited, but following the record-breaking sale of Harry Maguire to Manchester United, Söyüncü has filled the void with remarkable ease.

He has plugged a hole in defense alongside veteran Jonny Evans, and if Leicester end up clinching Champions League football next spring, it’ll be in no small part due to Söyüncü’s seamless adaptation to English football.

The 23-year-old has already accumulated 28 appearances for Turkey’s senior team since his debut in March 2016. He’s formed defensive pairings with several different center backs, but there’s no doubt that the player who Söyüncü has formed the best chemistry with is Merih Demiral.

Demiral bounced around from Fenerbahçe and Sporting before impressing at Alanyaspor last season. Such were his convincing displays in defense that Serie A side Sassuolo signed him in January, and he flourished, before earning a summer transfer to Juventus. While Demiral has struggled for minutes at La Vecchia Signora, that hasn’t stopped Günes from trusting him as a starter.

Another option at the back is Kaan Ayhan, who at 25, has finally matured into a defensive pillar for Bundesliga side Fortuna Düsseldorf. Ayhan scored twice against France during this year’s Euro qualifiers, and he will certainly play a role in next year’s tournament, whether that’s from a bench role or a starting spot.

The best that’s yet to come

While those three aforementioned defenders have been key pieces in Turkey’s revival, there’s still plenty more quality on display in the heart of defense. Let’s start with Ozan Kabak, who debuted at a young age for Galatasaray before signing for Stuttgart this past January.

Following Stuttgart’s relegation, Kabak signed for Schalke, and while manager David Wagner has slowly ushered him into the first team picture, the old-school defender has been thrown into the deep end now following Salif Sané’s long-term injury.

Another young defender who is slowly but surely working his way into first team football is Mert Çetin, who left Turkish second division side Gençlerbirliği to sign for Roma.

Despite arriving as somewhat of an unknown quantity, Çetin has impressed the Giallorossi faithful on account of his aggressive nature, an attribute that allows him to come out on top in physical duels against some of the toughest center forwards in Italy. That intense style can have its drawbacks, though; he was sent off in his second Serie A match.

Turkey has exported its finest defensive prospects to Europe’s top 5 leagues, and at this rate, they’ll be sending even more diamonds in the rough to be refined. One of these raw gems is a teenager by the name of Ravil Tagir. Despite only turning 16 in May, Tagir is one of the first names on the team sheet for both his club, Altınordu, and Turkey’s U-21 side.

At 6’0” and 157 pounds, he’s the smallest of Turkey’s current crop of defenders, but he still has plenty of time to hit a growth spurt and bulk up for the prime time.

Another young defender plying his trade in Turkey is Hüseyin Türkmen, who, at 21 years old, has already registered 45 appearances for Trabzonspor. Having put in several memorable performances for club and country, it won’t be long before he outgrows the U-21s and earns a call-up to Güneş’ senior team.

Without any shadow of a doubt, Turkey’s future is the brightest that it’s been in many years. With a collection of center backs that has what it takes to define an era, expect this group to hit their stride by the time 2022 rolls around, as the Crescent-Stars attempt to return to their first World Cup in 20 years.