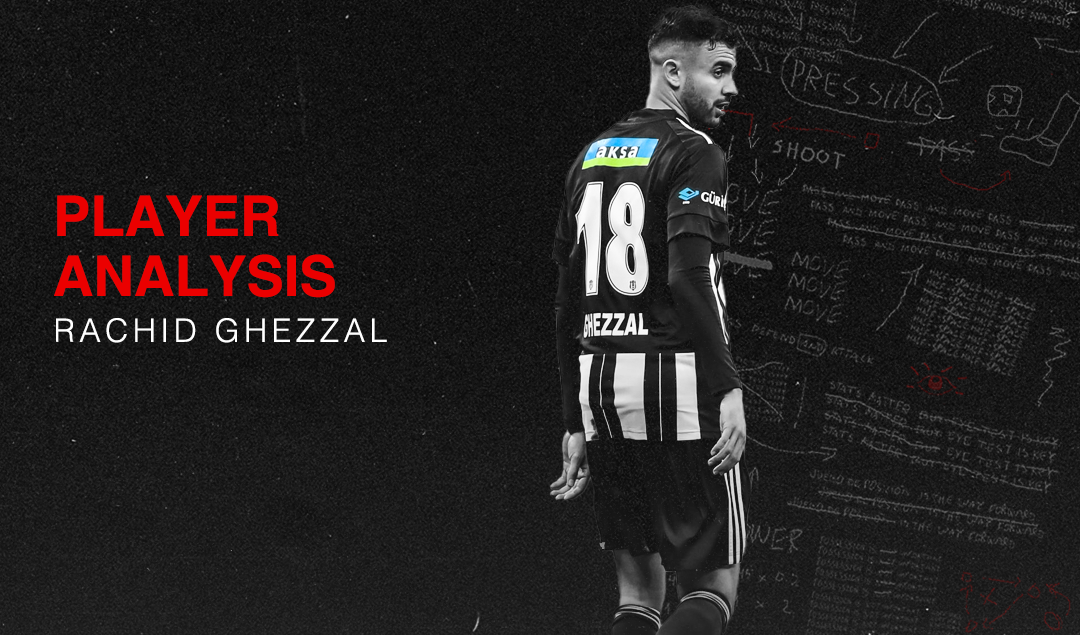 Rachid Ghezzal ended his 2018/19 season with Leicester City on a disappointing note. He failed to impress when the season started under Claude Puel and in February, when Brendan Rodgers arrived, he barely played. He had the odd good performance; at home to Burnley he created five chances, but his maiden season in England was mediocre and he finished with just one Premier League goal.

Additionally, Ghezzal was dropped by the Algerian national team ahead of the 2019 African Cup of Nations that El Khadra went on to win under the influence of their talisman, Riyad Mahrez. This deepened Ghezzal’s woes since leaving Lyon to move to Leicester and become ‘the next Riyad Mahrez’ in the eyes of many.

However, living in the shadow of Mahrez has certainly seemed like more a heavy burden to carry rather than a motivational tool for Ghezzal. That has certainly seemed to be the case historically. Unlike Mahrez however, Ghezzal actually represented France at youth level before going on to play for Algeria. This added more weight to the potential Ghezzal’s name carried and perhaps added more pressure.

A loan move to Fiorentina in 2019/20 didn’t do the Algerian many favors either, again only netting the one league goal. And with the lack of a long-term idea for the future and a place in the Leicester City side looking far away, Ghezzal moved to Beşiktaş in the Turkish Süper Lig.

Ghezzal was – and still is – labeled ‘a flop’ by most fans of Leicester City, his poor start to life in the league just got worse with time and there was a clear need in an upturn in confidence. In stepped Beşiktaş and Sergen Yalçin.  The winger was signed on loan by the Black Eagles in October 2020 and since then, Beşiktaş emerged as the most consistent and efficient performers in a Süper Lig chock-full of inconsistent performers at the top end of the league.

Importantly, when describing Sergen Yalçin’s side this season, you must give credit to how well he has done to piece together such an efficient, well-drilled side who have the clearest and most consistent tactical plan in the Turkish top flight.

They have set up with a 4-1-4-1 in nearly every game this season, with Ghezzal playing on the right of midfield and Canadian Cyle Larin on the left playing as a second striker. These two are given creative freedom in the final third with Atiba Hutchinson’s great defensive screening ability to defend counter attacks, Josef De Souza’s great passing ability and ability to sustain attacks and Bernard Mensah’s sheer work ethic.

The functionality of this system is also aided by the flexibility of Yalçin as a coach. He is not afraid of changing things if he needs to and he rotates the starting eleven well based on the opposition.

What is Ghezzal’s Role In This?

Crucially, Rachid Ghezzal has been by far Besiktas’s biggest creative outlet this season. His pace and intricacy in the final third has sparked Beşiktaş’ title charge, keeping it alive at many points and often being the only spark in the occasional dull performance.

Not only do his stats make for good reading but he has some iconic moments to his name this season too. His goal against BB Erzurumspor was an iconic moment, Beşiktaş were twice pinned back by the relegation strugglers and with the scoreline at 2-2, Ghezzal curled a goal of the season contender into the top corner to change the game for Beşiktaş in a game they went on to win 4-2. Ghezzal has since called that “one of the top three moments of my career.”

This isn’t even the end of it, he has scored stunning goals this season, assisted extremely important goals to Beşiktaş’ title race and most importantly, he is back enjoying football again. “I feel comfortable on the pitch and can express myself comfortably.” Rachid said when questioned about his future. “It is clear that I am happy on the field in Beşiktaş. I am at a positive point about continuing at Beşiktaş. If conditions occur and clubs agree, I am positive about staying in Beşiktaş. I hope I will stay.”

Whether this deal does occur in the future or not, this does feel like a turning point for Ghezzal in his career. In the Süper Lig, we have seen players like Burak Yilmaz bloom later in their career and with Ghezzal, perhaps that is the case and we are seeing the best of him as he enters his late 20’s.

Right now, Ghezzal is fully focused on achieving The Black Eagles their first title since 2016/17 and being rewarded after years of struggling in England and in Italy. He has even been rewarded with a call-up back to the Algerian national team to mark a remarkable turnaround from what was a really dispiriting position.