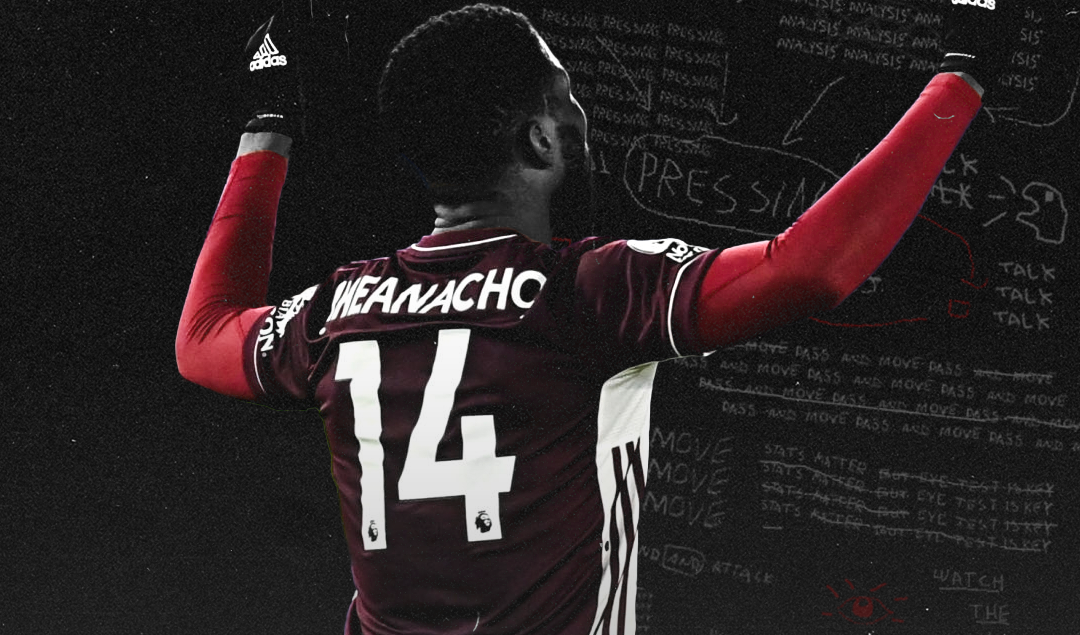 Since joining from Manchester City in the summer of 2017, Kelechi Iheanacho’s Leicester City career has been neither hot nor cold, plagued with inconsistency to put it nicely. The Nigerian has certainly not met Leicester City’s expectations when they paid £25 million for him, but he’s also not done badly enough to warrant the flop tag.

Iheanacho was brought in to compliment Jamie Vardy and presumably eventually replace him, but he’s so far been a decent backup for the English striker at best and at times looked like he was one more big signing away from the exit door. The story appears to be changing though, Iheanacho has recently found the consistency that has eluded him all these years at the King Power Stadium, finally finding a way to coexist alongside Vardy in Leicester’s last three games.

He’s started the last three Premier League games and scored in the last two to help Leicester City earn four points on the road at Burnley and Brighton. If Iheanacho starts the next game against Sheffield United, it would be only the third time he’s started more than three consecutive league games since making his debut in 2015. Four consecutive starts for Manchester City in the last four games of the 15/16 season and a run of five consecutive starts in October 2018 for Leicester remain the longest streak of games Iheanacho has enjoyed until now.

At 24 years of age, the Nigerian should be approaching his prime, but he’s so far spent most of his career making cameos and playing in cup games, not an ideal way to build confidence. He scored a contender for goal the season against Burnley, followed by a strike against Brighton which was his seventh of the season, meaning he is now level with Vardy for non-penalty goals this campaign. Despite their injury woes, the Foxes currently sit three points clear of Chelsea in third place.

His productivity has steadily improved of late, over the last two seasons, he has averaged a goal or assist every 100 minutes he is on the pitch, better numbers than Vardy who has one goal involvement every 116 minutes. One of the major reasons for him being primarily a squad player is the uncertainty surrounding his best position. Is he an out-and-out striker, a support striker, a winger or even a number 10? His past managers haven’t been able to figure that out completely.

Perhaps he has been a victim of his own versatility in the past, but it is an attribute that Brendan Rodgers is grateful for. He’s been able to deploy Iheanacho accordingly to cover the gaping hole left in the Leicester attack following Harvey Barnes’ knee injury.

His talent has never been in doubt, there’s a reason Leicester City paid £25 Million for him as a 20-year old, but the time has come for Iheanacho himself to grab his career by the neck and refuse to let all that potential go to waste. He will be 25 years old in October, it’s time for him to become a key player, whether at Leicester City or somewhere else, cameo appearances and being Vardy’s understudy should no longer be enough for him.

He looks as though he’s starting to achieve that at Leicester but it still remains to be seen what happens when they have the full complement of their squad back, would he have done enough to become a guaranteed starter or would he go back to his spot on the bench? Whatever happens, he still has time to figure it out, with just over a year left on his contract, he can choose to leave as a free agent in 2022 if things at the King Power Stadium don’t go his way.

Vardy will be 35 years old by that point, and although Iheanacho is still a long way away from reaching the legendary striker’s consistent end product in front of goal, it is a testament to the club’s faith in him that they allowed Islam Slimani to leave for free to Lyon without signing a replacement. However, there are reports that Leicester could dip into the transfer market and purchase Celtic forward Odsonne Edouard for a reported fee of £15 million.

Nevertheless, the potential threat of added competition should not take away from the fact that Iheanacho, at 24 years of age, is finally playing a key role in attack for Leicester. Whereas his compatriot Wilfred Ndidi made an immediate impact at the King Power Stadium, it has taken Iheanacho a fair bit longer to justify his price tag, but his impressive run of form could be what keeps Leicester in the top four this season.

As someone who has competed with the likes of Victor Osimhen, Odion Ighalo and Paul Onuachu for a starting spot in Gernot Rohr’s Super Eagles, Iheanacho is no stranger to having to fight for his place in the team, and no matter what, he looks set to play an important role for club and country in the years to come.