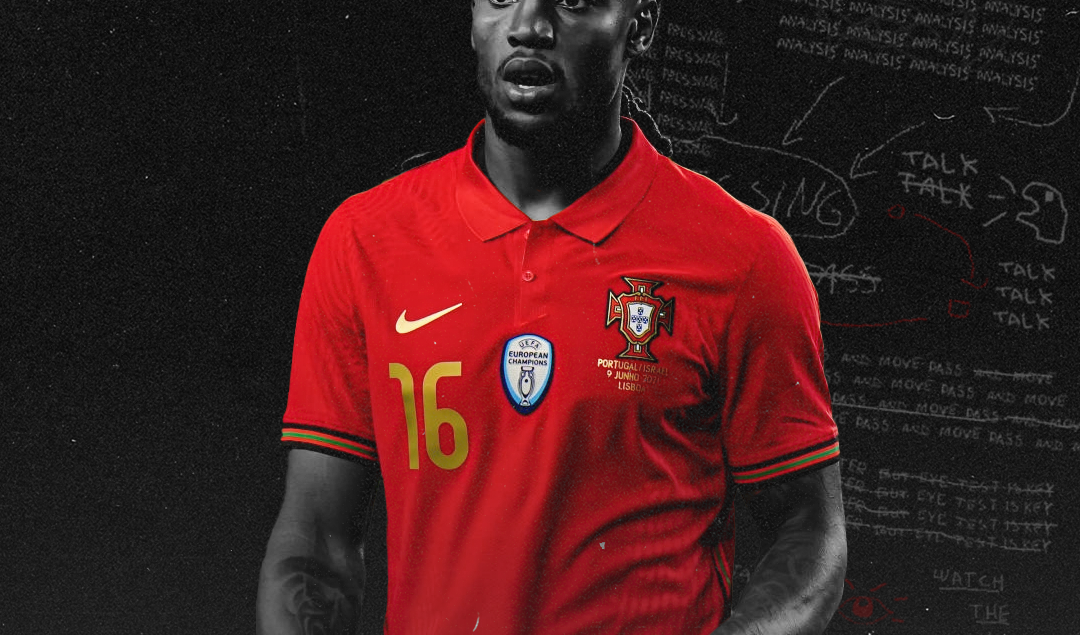 In the Ville Lumière, it is often hard to shine brightest. Paris is a city rebuilt in the image of Napolean III, and foreign entities have rarely found favour tyring to penetrate the wide, oblique, angled streets of the French capital. But in 2016, Renato Sanches masterminded the last true siege on the city of love.

Portugal’s first-ever European Championships saw Sanches come to the fore. At 18 years old, his driving runs and deft exchanges captured the world’s attention. With his rasping left-foot finish against Poland, the crowning glory of a remarkable four weeks for the teenager. In the space of 90 minutes, Sanches became not only the youngest player to start for Portugal at the European Championships, but also the youngest goalscorer in the knockout stages of the competition. So it came as no surprise to see Bayern Munich part with £27.5 million to snap the midfielder up from Benfica.

It would, however, come as more of a surprise to learn that five years later, the apex of Sanches’s admittedly short career remains that night under the lights in Paris. A Bundesliga title would follow in his debut season in Bavaria, but the golden boy nominee struggled to impose himself on Europe’s domestic calendar. Football is a game of opinions where mentality can topple talent, and Sanches, fresh into adulthood, found his character tested to the limit in South Wales.

“His arrival (at Swansea City) further bolsters Clement’s options in midfield, which have been boosted by the recent signing of Sam Clucas from Hull City.” Swansea’s official statement following the loan signing of Sanches was perhaps poetic of the youngster’s sudden demise. The Euro 2016 young player of the tournament mentioned in the same vein as Clucas, a man that just four years earlier had been plying his trade in non-league for Hereford United.

Not meaning any disrespect to Clucas’s rise up the footballing pyramid, but Sanches was ultimately a EURO’s and Bundesliga champion in the midst of a crisis of confidence. There’s little about Sanches’s spell in the Premier League that can’t be surmised by his performance against Chelsea. Withdrawn at half-time, his reputation took perhaps the most abrupt and sustained blow when videos surfaced of him playing a pass into an advertising hoarding under no significant pressure.

“To be honest nothing much can be said, he didn’t want to be there and it showed. Bereft of confidence, and I imagine it felt like it had all come crashing down.” – Portuguese football expert, Proxima Jornada.

A luxurious experiment, Sanches and Swansea was one of those panicked throws of the dice that relegation-threatened team’s throw up in lieu of an identity or any real quality. Afonso Alves, Michael Owen and the whole of QPR’s transfer business in 2012 are probably the most memorable of said experiment. All three coincided with relegation, and it was no surprise to see Swansea and Sanches follow in their footsteps.

Sanches would return to Germany with his tail between his legs, maybe the move to Bayern had come too soon. The now 20-year-old had stalled, it was nearly three years since the European Championships, and Sanches looked no closer to receiving the minutes he needed to fulfil his potential. Then came Christoph Galtier and a chance for redemption.

“He could have probably stayed at Bayern Munich and decided to have an easy life but he decided to come here and face it.”

These words in reference to the arrival of Paul Clement are as true to Sanches as they are to the man in question. The pair, successful in their own right, comfortable and living an “easy life” in Munich traded it all in to try and carve out their own identity amidst a relegation battle. Irrespective of their success, this mentality is one of those commendable attributes that make Sanches’s renaissance in Lille seem inevitable.

“The capital of Flanders” has once again become a fortress as Lille upset the form book this season to lift the Ligue 1 title for the first time since 2012. Sanches is a player who seems to thrive in the underdog mould, and for that Portugal’s position as one of the favourites to lift the EURO’s will be a fresh test. “(Sanches) is back where he belongs now, on the back off two magnificent seasons with Lille, including a Ligue 1 title, and back in the Portugal side for the Euros. “

Calls for Sanches to start for Portugal have grown louder in the wake of A Seleção’s harrowing 4-2 defeat to Germany. Fernando Santos has prioritised pragmatism thus far, opting to select Danilo Pereira and William Carvalho ahead of the more progressive Sanches. But with Portugal having struggled to create meaningful chances in possession, Sanches’s career could come full circle as Portugal take on France in a repeat of the game that etched his name into the history books.