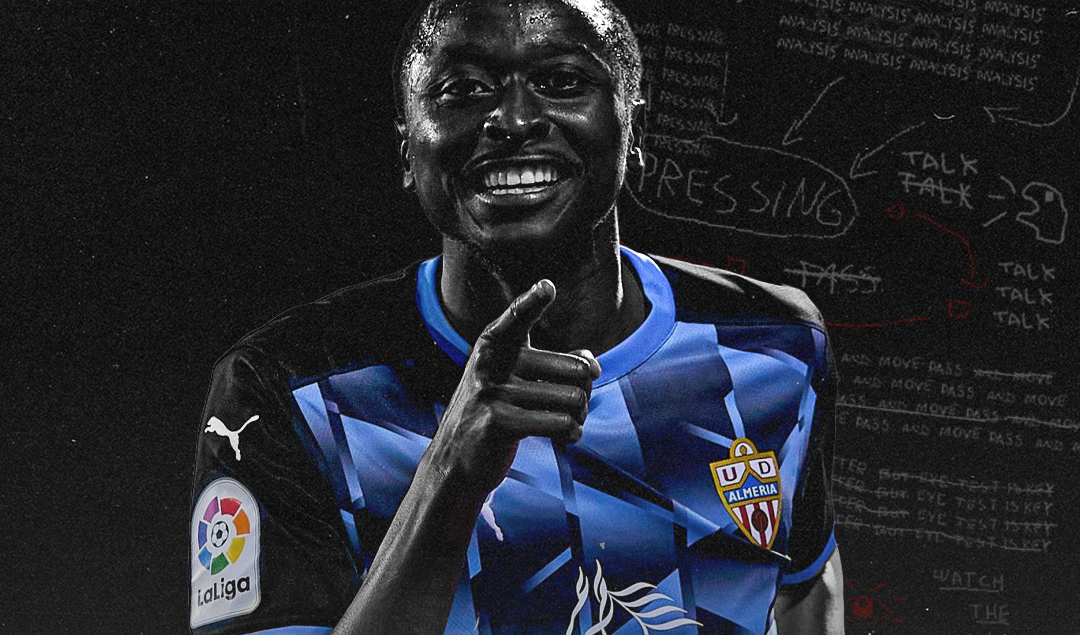 Since announcing himself to the world on the big stage with four goals that helped Nigeria to a Bronze medal in the 2016 Olympics, Sadiq Umar has struggled to meet the weight of expectations on his broad shoulders. In Rio, Sadiq painted the picture of a young, lanky striker who was just as talented as he was uncoordinated. He either looked like a Rolls Royce or a baby giraffe, no middle ground.

Before the Olympics, Sadiq Umar was already well known in Italy as a prolific goalscorer, 26 goals in 24 appearances for Spezia’s youth in the Primavera A drew the attention of AS Roma who signed him on an initial loan deal later turned permanent. He continued his fine form with the Giallorossi, scoring 2 goals in 6 Serie A appearances as an 18-year-old to go with 12 in 9 for Roma’s youth team in Primavera and 5 in the UEFA Youth League.

However, that would be the extent of his success in Rome, several loan spells followed and his development was hampered, leading to him going under the radar for some years. Talent like that of Sadiq Umar’s could not have stayed hidden for long though, even while in the doldrums, he enjoyed some success in the Eredivisie with NAC Breda and with Partizan Belgrade.

Realising His Potential in Andalusia

His spell in Serbia enabled him to remind everyone of his immense capabilities. Sadiq Umar notched 17 goals and 17 assists in all competitions and averaged a goal contribution every 84 minutes in the 2019/20 to help Partizan finish in second place. He continued his exploits in the Super Liga scoring six goals in his first 10 league appearances at the start of the 2020/21 season before he was sold to Almeria for €5 Million, less than a year after Partizan had signed him permanently from Roma for €2 Million.

New country, new league, same old Sadiq Umar. The Nigerian striker hit the ground running in Almeria, 20 goals in 37 games across all competitions and he’s currently the 3rd highest scorer in La Liga 2. His 18 league goals are only bettered by Uros Durdevic (21) and Raul De Tomas (22). Now 24 years old, the 6’3″ centre forward has improved massively over the years, he’s always been able to score goals but he now seems more equipped to carry the load of his team, scoring important goals with increased consistency.

Almeria are 3rd on the log thanks to Sadiq Umar’s 4 winning goals and 3 equalisers so far, establishing his impact in deciding games for his team, a man for the big occasions. With Sadiq Umar, you almost have to watch him play to believe whatever description of him. He’s far from the stereotypical big striker, he’s tall and lanky but blessed with a deft touch.

Sadiq Umar’s style of play is so unique, it is hard to compare him to just one player, past or present. He’s superb at holding the ball up and linking up with his teammates, which is why he gets a lot of assists as well. A great example of that is his contribution against Sabadell, he received the ball on the edge of the box and didn’t look like he had too many options, but he was still able to slot in a great pass through the defence for Largie Ramazani to score a 93rd minute winner.

Fantastic on-field chemistry with teammate, Jose Corpas has been key to his successful debut season in Spain as both players have combined for 30 goals and 11 assists of Almeria’s 54 goals in La Liga 2 so far. The best thing about Sadiq Umar is that he is easy to underrate. Opponent or fan, if you haven’t seen him play, you just simply cannot expect this man to do the things he does.

At 6 foot 3 inches tall, you’d expect the majority of his threat to be aerial but Umar prefers the ball on the ground. He’s surprisingly quick and skillful, dazzling defenders with his long legs and silky skills. When he’s focused and confident, Sadiq is even more dangerous in front of goal, with a wide array of finishes that makes it seem like he can score any type of goal.

We’ve seen him hit 40-foot volleys and also twinkle-toe his way past defenders on the touchline before calmly lifting the ball over the goalkeeper, he’s at his best when having fun. Some of his best goals this season include a lovely dinked finish against Zaragoza in the 59th minute, which turned out to be the only goal of the game. And an emphatic strike from a tight angle to score the first of Almeria’s 5 in a Copa Del Rey game against Alaves.

He’s always been blessed with these abilities but over the years he was held back by some attitude issues and what could be best described as a lack of maturity. His time in Scotland is an example of such, his loan with Rangers dominated by issues off the pitch, he had more controversies than appearances. And while he’s so far been making the news for all the right reasons in Almeria, it appears he still has a bit more growing up to do.

His first and only hat-trick for Almeria came in January, a 3-1 home win against Ponferradina in which Umar scored all 3 goals in the opening 28 minutes of the match. After two great goals, Sadiq Umar almost squandered a chance to complete his hat-trick . The ball at his feet and the partially empty net at his mercy, Umar opted to dribble past the already-beaten goalkeeper once more and in doing so, he ran into some traffic.

He eventually lashed the ball home off the defender in scrappy fashion to seal the hat-trick , but overdoing it and almost missing a golden opportunity is an example of how immature he can be at times. Imagine how much more deadly and efficient Sadiq Umar would be if he had possessed the business-like attitude of Cristiano Ronaldo.

Another thing he needs to improve on is his aerial ability. If he’s ever going to be an elite striker, Sadiq Umar needs to be dangerous in all aspects of the game, and he just isn’t much of an aerial threat right now for someone his size. For an “unserious” player, 18 league goals and 6 assists is a great return, albeit in the 2nd division but the potential is undeniable and if the reports are to be believed, he will be playing in a top 5 league sooner rather than later.

One more factor that sets Sadiq Umar apart is luck, yes you read that right, LUCK. Things just have a way of working out for him, his superb movement means he’s always in the right place at the right time and the ball somehow ends up in the back of the net even when he finished poorly.

Sadiq scored the winning goal for Almeria away at Alcorcon just 2 minutes after coming off the bench, the ball bubbled to him at the far post to tap into an empty net. His second goal in the 5-nil thumping of Alaves is another example of things working out for him. He back-heeled the ball into an empty net after a collision between goalkeeper and defender.

What Does The Future Hold?

All the aforementioned qualities possessed by Sadiq Umar are the reasons he keeps getting linked with a summer transfer to Sevilla, Bayern Munich and Atalanta. Thanks to him, Almeria currently sit in 3rd on the La Liga 2 table, comfortably occupying a playoff spot to further increase Umar’s chances of playing top flight football next season, either with Almeria or any of his other potential suitors.

Almeria are not expected to give up their prized asset that easily though, Sadiq  Umar reportedly has a release clause of €60 Mllion rising to €80 Million if Almeria get promoted on his current contract which runs till 2025. Still only 24 years old and with all the room for improvement in the world, the sky could really be the limit for Sadiq Umar if he wants it bad enough and can remain motivated, he’s possibly the best of Nigeria’s impressive line up of strikers on his day.