Matchday Twelve brings new subplots among the 20 teams in the Premier League. Here’s what to keep an eye on.

Leeds may have lost 3-1 to high flying Chelsea, but there are reasons for Marcelo Bielsa to be optimistic. Patrick Bamford has proven himself to be a Premier League striker, his goal at Chelsea putting him on eight for the season.

However, it is their defence that is proving an Achilles heel for Leeds. They have now conceded five goals from set pieces in the league this season and now have the third weakest defence in the top flight with 20 goals conceded. Leeds miss Ben White yet must tighten it up if they want to avoid being in a relegation fight.

As for West Ham, they may be flying high in the top half of the table, but the Hammers have reason to be aggrieved after losing 3-1 to Manchester United. Their first half performance warranted their half time lead, but Paul Pogba’s equaliser was allowed to stand, despite Dean Henderson’s clearance in the lead up seemingly went out of play. 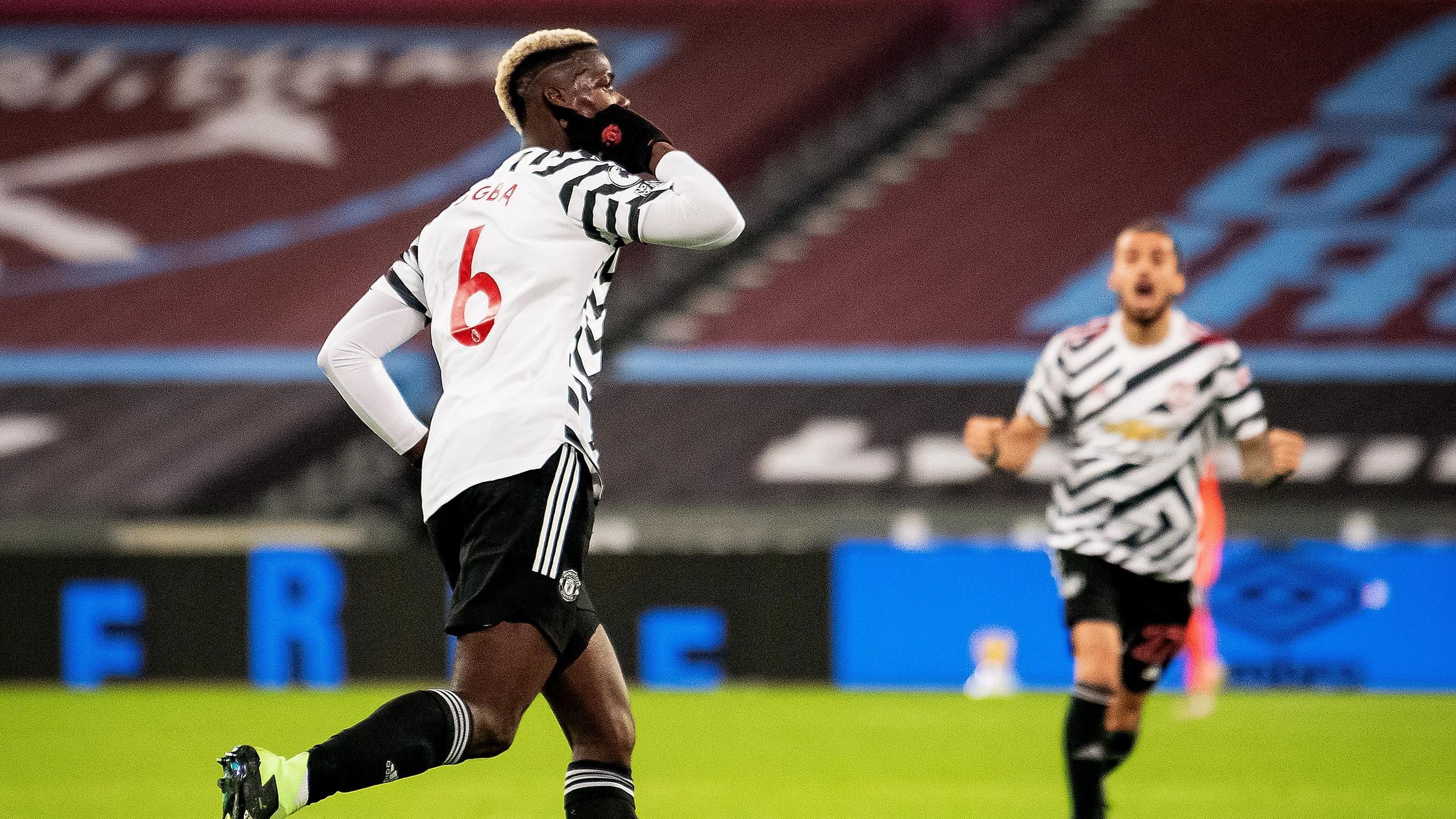 It was frustrating for manager David Moyes, but he must look to continuing his side’s good start at Elland Road on Friday. Though West Ham need to stop dropping points from winning positions – 19 this year alone is the most in the Premier League.

Points to be shared.

Nuno Espírito Santo conceded his Wolves side did not play well in their 4-0 loss at Liverpool on Sunday. It was a timely check to reality after beating Arsenal in North London. They were at times off the pace and Liverpool’s attack tore them to bits.

However, the prospect of a West Midlands derby can be a set point for Wolves to get back to winning ways and possibly push into the European spots. There is no doubt Wolves are missing Raul Jiménez and they will be buoyed at the news the Mexican left hospital. The sooner he gets on the pitch 100% fit the better for Wolves.

Aston Villa will be eager to go in full bloodied against their local rivals after COVID-19 postponed their game at Newcastle.

After their defeat at West Ham over two weeks ago, manager Dean Smith will want a much improved display from his players. Yet their creativity will rest on an inform Jack Grealish who has been involved in 10 goals in the league this season.

COVID-19 testing pending, Newcastle will be hoping to replicate their win at Crystal Palace with three points against West Brom. After an outbreak affecting the club’s players and staff, victory would close what has been a difficult experience with several people testing positive for COVID-19.

The two week enforced break might come in handy for manager Steve Bruce, as Allan Saint-Maximin and Ryan Fraser could recover from knocks (that would have ruled them out of the game against Aston Villa) to face West Brom. Every cloud has a silver lining.

West Brom will need more than a silver lining, especially after their heavy 5-1 defeat at home to Crystal Palace. Things looked promising, with the scores level at 1-1 after 30 minutes, but Matheus Pereira’s red card on 34 minutes changed things and the Baggies collapsed in the second half. 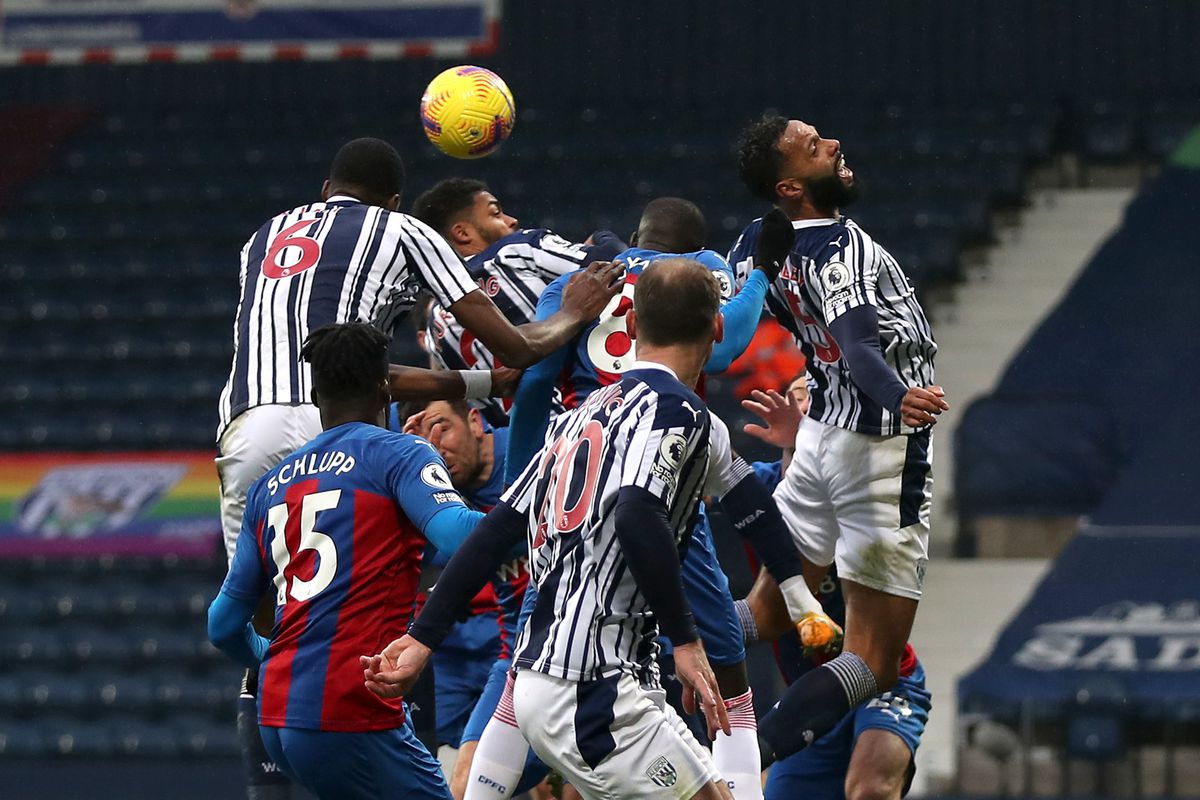 Their capitulation makes it 23 league goals conceded this season and the weakest defence in the top flight. What makes things worse is Pereira’s straight red card means he misses three league games and denies West Brom manager Slaven Bilić of his best creative player. Adversity can bring resilience to a team and West Brom need that in spades.

Three points for the Magpies.

Manchester United’s 3-1 win at West Ham last Saturday should have set up the club well for the week ahead. Four league games unbeaten had propelled them into sixth and things looked positive for Ole Gunnar Solskjaer’s side.

This week has been anything but, as Paul Pogba’s agent Mino Raiola publicly stated on Monday that his client’s departure was inevitable. To make things worse, a terrible defensive display led to a 3-2 defeat at RB Leipzig and crashing out of the Champions League. It has led to further pressure on Solskjaer and the derby against City might serve to lessen or exacerbate things.

On the other hand, Manchester City are also on a good run as well, being undefeated in their last five games. Defeating Fulham last week puts them in seventh, a point behind their local rivals and a win at Old Trafford would put them in the top 6.

After a rocky start to the season, City manager Pep Guardiola is starting to gain a measure of stable performances on the field, with Kevin De Bruyne replicating the performances of last season. A win at Old Trafford would strengthen their rejuvenation and prepare the groundwork to challenge the league’s title contenders.

Have the wheels begun to stall on Everton’s good start to the season? The Toffees’ recent form seems to say yes. Their 1-1 draw at Burnley means it is now one win in their last six games.

The one person performing wonderfully despite Everton’s slump is Dominic Calvert-Lewin. His equaliser at Burnley puts him on 11 goals in as many games in the league. Barring injury, there is no reason why Calvert-Lewin cannot continue his lethal form. And that is something Everton need if they want to reverse their current slump.

Slump is something Chelsea are not going through, as their 3-1 win at Leeds continued their strong form in the league, now unbeaten in nine league games. 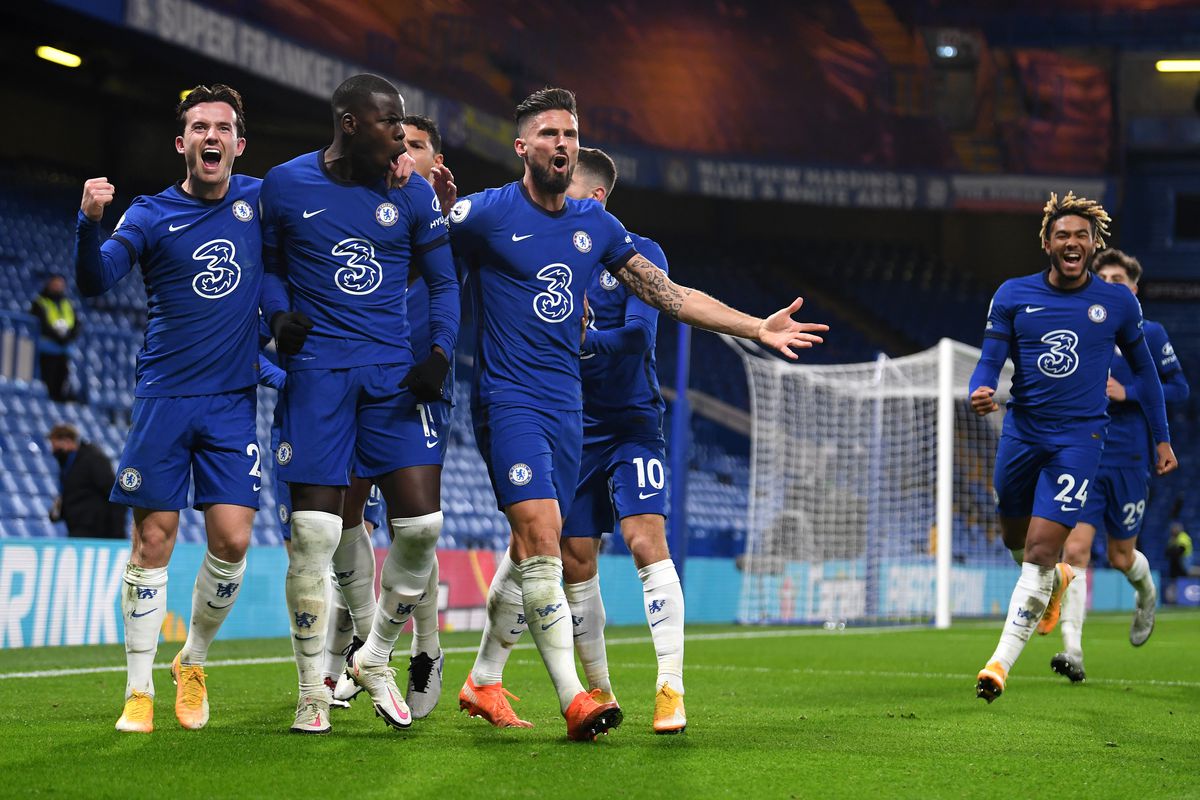 Though Leeds’ goal had the hallmarks of their past frailties, Chelsea’s attack once again was too much for their opponents. However, Frank Lampard’s side may look vulnerable when they visit Goodison Park due to injuries, with Hakim Ziyech out for two weeks. No doubt Lampard will look to Christian Pulisic or Mason Mount as the creative outlet.

A battling display from the Toffees.

These are heady heights for Southampton, as their comeback from behind 2-1 win at Brighton puts them to fifth. What makes it all the more impressive is their recent form prior to the Brighton game has been done without their star striker Danny Ings.

His winning penalty on his return from injury sealed a somewhat lucky victory at Brighton albeit with a controversial VAR decision. Manager Ralph Hasenhüttl will want an improved performance on Sunday and continue their ascent amongst the big boys.

As for Sheffield United, they would not mind the good fortune that has helped Southampton, for they are luckless right now. Their display against Leicester City was a resilient one, deserving of at least a point, until Jamie Vardy’s late winner.

This time last year the Blades were winning fans due to their gritty displays and use of overlapping centre backs. Now, the Blades haven’t even won a league game this season, with one point to their name. Second season syndrome is fast turning to a second season nightmare for the Blades.

The Saints to go marching on.

A London derby where both teams will be coming off resounding wins. Palace savoured the return of Wilfried Zaha from injury and made sure to press their advantage at West Brom once the Baggies were down to 10 men.

Zaha was at the forefront of everything good about Palace at the Hawthorns, scoring twice and giving his side their first win in three games. The Ivorian gives Palace that added spark and is in dangerous form heading into Sunday’s game – seven goals in nine league games. 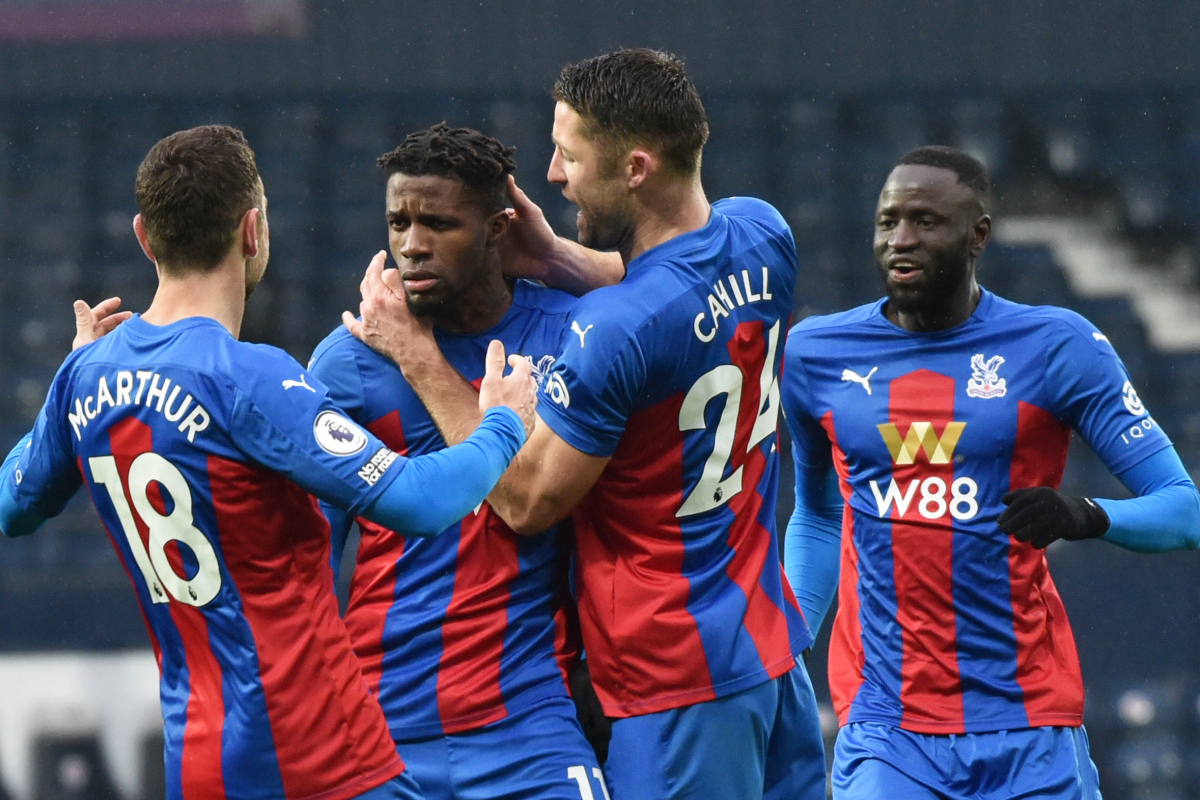 Spurs will be wary of Zaha, but José Mourinho will be confident the same tactics can be worn like it did at Arsenal. Spurs were lethal on the counterattack, soaking up the pressure from the Gunners and catching their rivals cold thanks to the partnership of Harry Kane and Son Heung-Min.

Kane (nine goals and 11 assists) and Son (12 goals and 4 assists) have been electrifying in attack and Kane has added more to his game with his assists. As said in previous weeks, Spurs have been resolute in defence, conceding just nine goals (the lowest in the division) and keeping five clean sheets. The same type of defensive solidity Liverpool showed last season.

The Spurs to go marching on.

Fulham may have come off a 2-0 defeat at Manchester City, but the Cottagers showed a better performance than in the earlier parts of the season when they were conceding goals at a rate of knots. Facing Liverpool after losing at Manchester City is a daunting one-two punch for any side in the league, but Fulham may be able to use the arrival of fans as a mode of inspiration.

Furthermore, many didn’t give the Cottagers much chance at Leicester, but came out of that with a fantastic win. Stranger things have happened. Losing arguably their first choice centre back pairing, as well as their starting goalkeeper, would have hampered any side. But Liverpool have been stoic in getting through such setbacks and their 4-0 win against Wolves puts them in the top 4.

Manager Jurgen Klopp has paid tribute to academy players Curtis Jones, Caoimhín Kelleher, Neco Williams, Rhys Williams and Nat Phillips stepping in. Klopp is right to say without them Liverpool would be further down the table. No doubt the academy players will play their part if called upon on Sunday.

Leicester City may have won three points at Sheffield United on Sunday, but Brendan Rodgers will be glad the Europa League will not be back until February pending COVID-19, as the air miles have tested his squad. Though the Foxes have managed to not let the Europa League affect their form, Rodgers will be worried at parts of his side’s performance at Sheffield United. 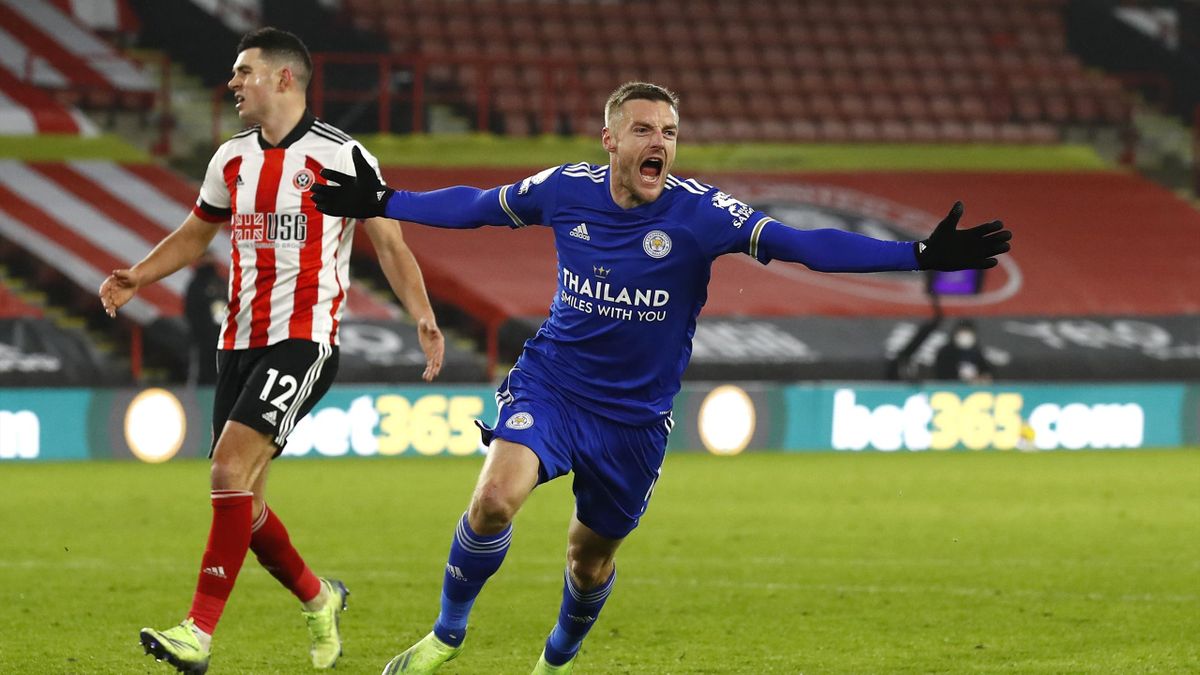 The goal Leicester conceded from a set piece at Bramall Lane was the eighth time this season. If the Foxes want to maintain their hopes of a Champions League place, they need to cut that weakness out sooner rather than later.

VAR may have controversially led to Brighton’s defeat to Southampton, but it is another home loss for the Seagulls. A team that is just above the relegation zone would normally rely on their home form to avoid the trapdoor into the Championship. However, Brighton has won more league games away from home this season, which is why Graham Potter’s players may prefer playing in Leicester on Sunday night.

Yet Brighton need points quickly, as they hover just four points above the relegation zone. They could take Fulham’s example and be organised in nullifying Leicester, but will Potter move away from their possession based game?

The Foxes to maul the Seagulls.

After a decent start to the season, things have begun to unravel terribly for Arsenal. Defeat to Spurs in the North London derby was a bitter pill to swallow for the Gunners and especially fans angered at their side’s poor form. Their lack of goals in the league is still a worrying concern, scoring less than Fulham a galling statistic.

Many Arsenal fans drew their ire at Héctor Bellerín for his ball watching in the lead up to Spurs’ goals, but many in the team are at fault that has led to increasing pressure on manager Mikel Arteta. The fact Arsenal vs Burnley is seen as a six pointer is indicative of their predicament.

A six pointer it may be yet Burnley come into this game with confidence after a battling point at home to Everton. They may be still in the relegation zone, but Burnley coach Sean Dyche was pleased at his side’s fast start that led them to their opener within the first three minutes.

Burnley will try to rattle Arsenal’s low confidence and unnerve them with their physical game that in the past has been an Achilles heel for the Gunners. Burnley narrowly lost to Arsenal 2-1 in London last season and if Burnley repeat their performance against Everton can achieve a positive result.

The Gunners to get back to winning ways.