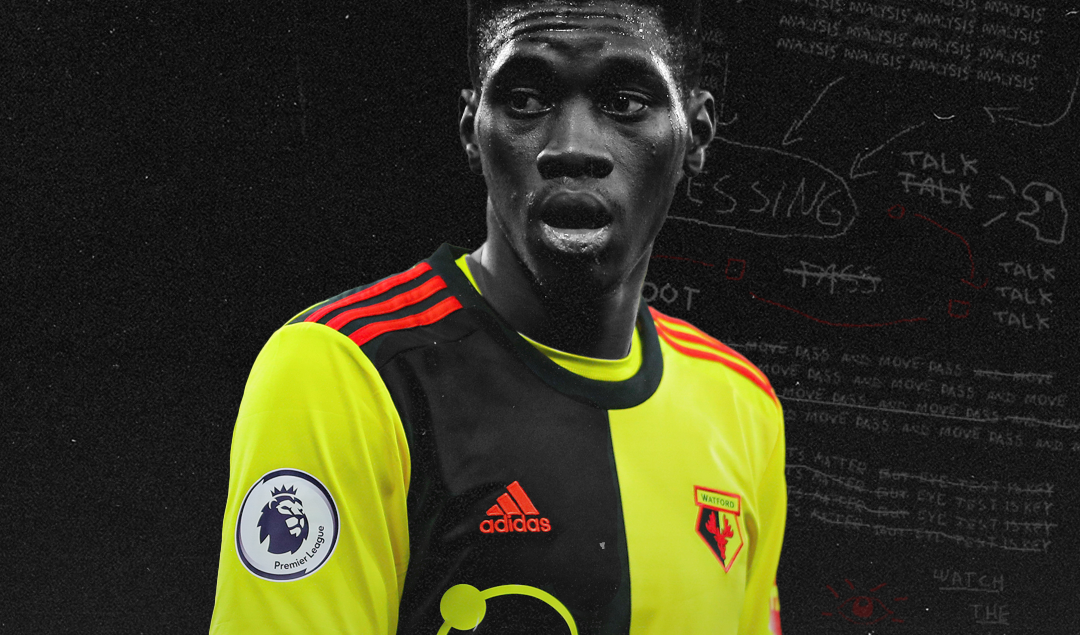 On December 14, 2019, top-of-the-table Liverpool faced off against relegation strugglers Watford, in their final Premier League match before taking off for the Club World Cup in Qatar. The Reds won 2-0 courtesy of a Mohammed Salah brace, but the game wasn’t as one-sided as the scoreline suggested.

The visitors created several chances throughout the match, and after Andre Marriner blew the final whistle at Anfield, Liverpool manager Jürgen Klopp admitted it was a “difficult day” for the Reds, with Watford squandering several golden chances from Abdoulaye Doucouré and Ismaïla Sarr in Nigel Pearson’s first game in charge at the club.

Two months later, the result could not be any more different. Liverpool’s hopes of achieving the second ever undefeated Premier League season came to an end at Vicarage Road thanks to a brace from Sarr, as Pearson’s Hornets went on to sting Liverpool 3-0. 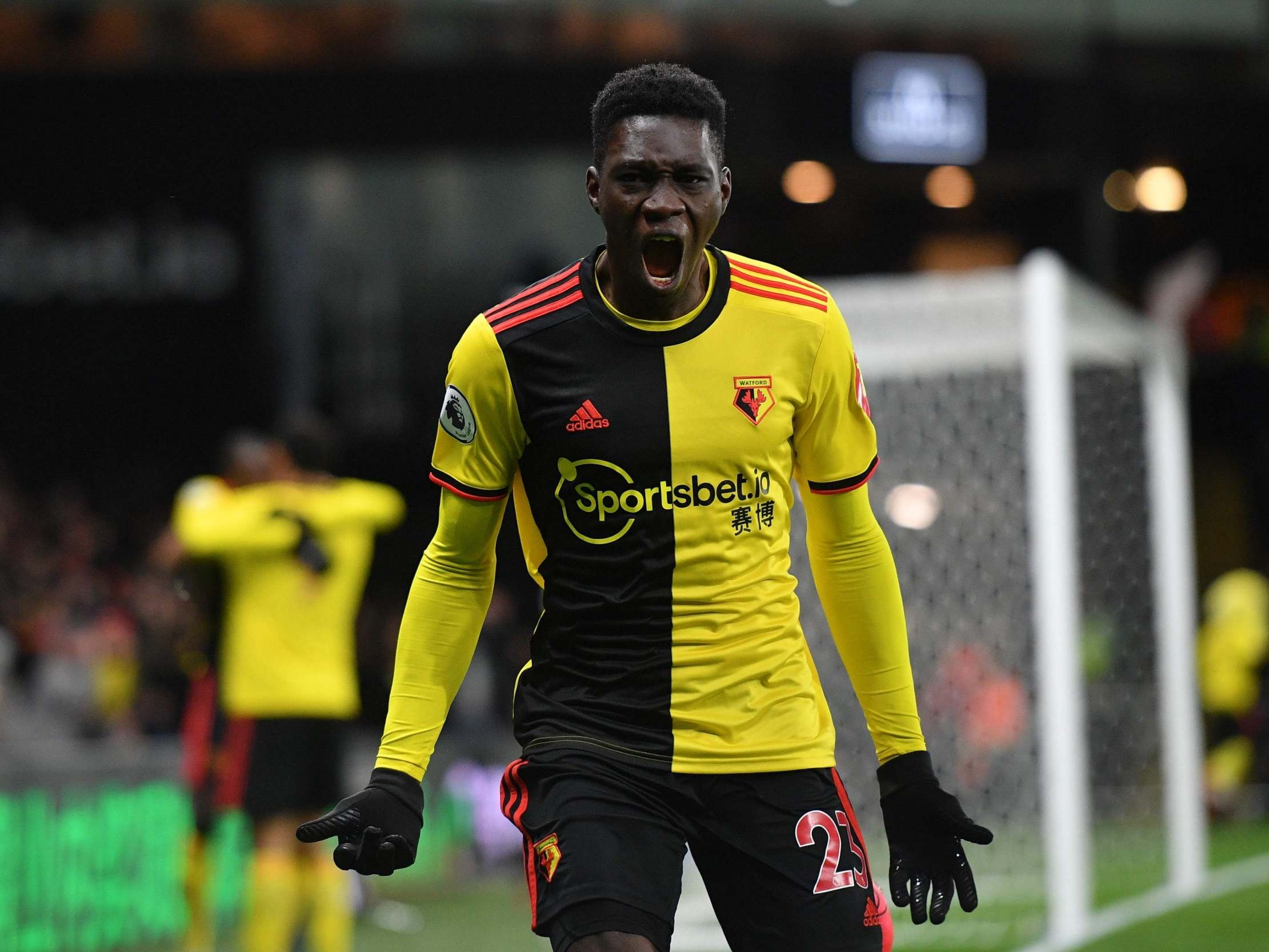 The first goal came via a long throw-in that bounced past a battling Dejan Lovren and Deeney and into the path of Doucouré, who slid it across goal for Sarr to tap in from close range. The second saw Sarr race past Virgil Van Dijk and Lovren to latch onto a pass from Deeney, taking a touch before dinking the ball past Alisson in front of the Rookery End.

It signaled a changing of the guard at Vicarage Road. Since joining from Walsall in 2010, Deeney has been a vital part of the Watford set-up, having worn the armband since 2015. But despite the Brummie boy finishing as Watford’s top scorer this season with 10 goals, Sarr has undoubtedly been The Hornets’ biggest attacking threat, whilst also being the most consistent forward.

Throughout all the turmoil Watford have been through this year, arguably the most impressive characteristic about the 22-year-old Senegalese forward has been his ability to express himself and maintain a consistency of impressive performances.

It came as no surprise when, on July 11, The Athletic’s Adam Leventhal reported that if Watford maintained their Premier League status, the club planned to build their team around Sarr, rather than cashing in on him. Then came the cruel twist of fate: Watford went on to lose their last three games against West Ham, Manchester City and Arsenal, and as a result, returned to the Championship after a six-year spell in England’s top flight.

There is a lot to be said about how Sarr has conducted himself both on and off the pitch. To become the clubs most expensive transfer and not complain about waiting for a chance in the team defies a stereotype about young footballers in this generation. His humbleness paid dividends, and he soon showcased his talent with impressive performances against Arsenal and Southampton under manager Quique Sánchez Flores. 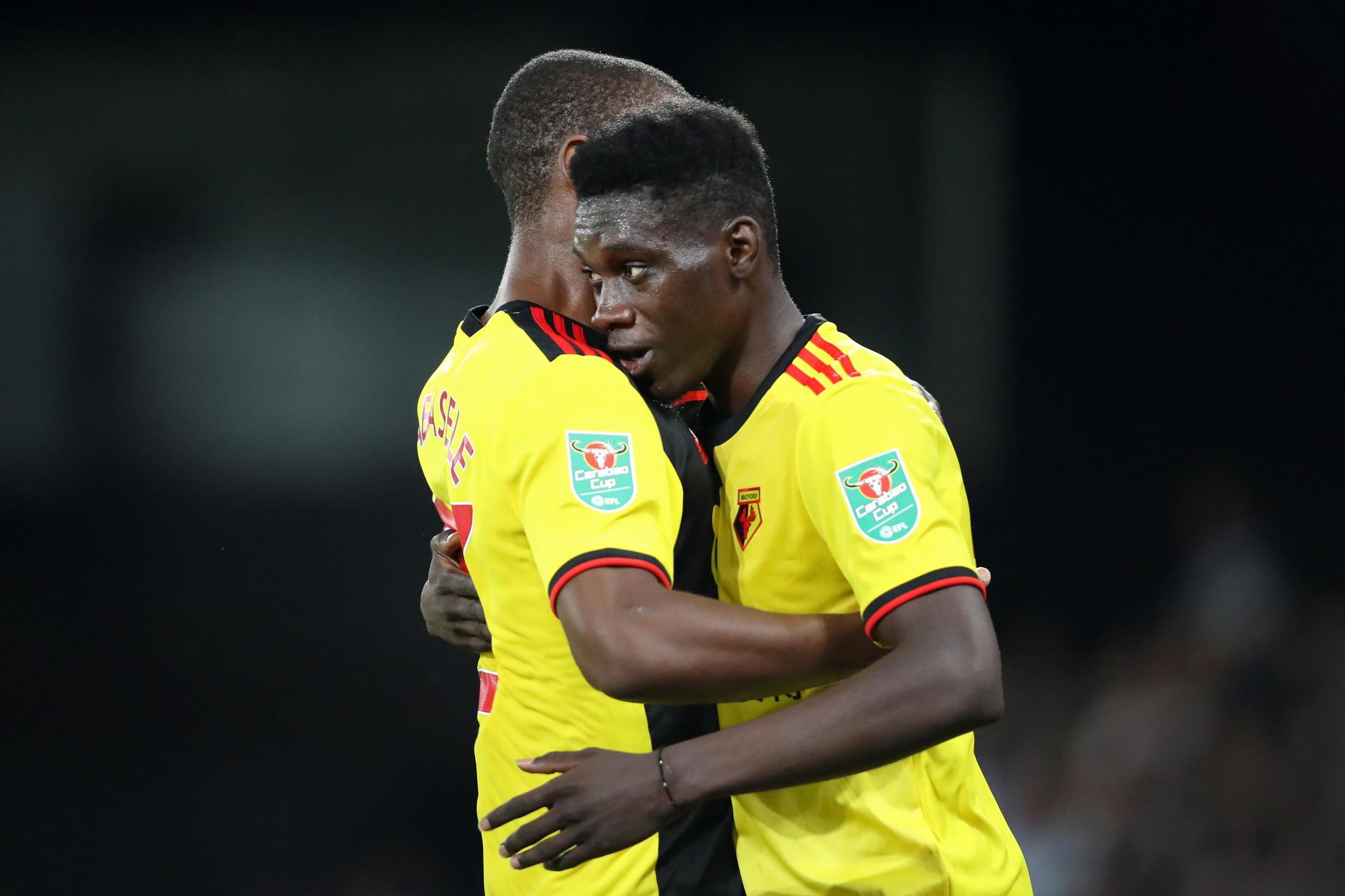 Sarr did not let up with a change of management under Hayden Mullins on an interim basis, with two consecutive performances that gave Watford fans some hope, being voted Watford’s Man Of The Match against Crystal Palace and Leicester City. He later played a fundamental part behind Pearson’s wildly successful run of form during the Christmas period, with the Hornets picking up 15 of a possible 21 points to escape from rock bottom and move out of the relegation zone, as Pearson finally found a system to compliment Watford’s front three.

“I am reluctant to put too much pressure or have too high of an expectation,” said Pearson. “When you have young players, they must enjoy their football.”

An aggressive pressing off the ball mixed with flair, expression and directness on the ball gave way to a run which gave Watford an opportunity to have their fate in their own hands. Nothing quite epitomised Sarr’s significance to Watford than his heroic performance against an unbeaten Liverpool side.

After being sidelined with a hamstring injury for just over a month, Sarr made an instant impact on his return, scoring a brace and claiming an assist against the Reds. It had been 423 days since Liverpool last lost a game in the league before the encounter at Vicarage Road, and it was the Senegalese winger in yellow, black and red who came out victorious, stealing headlines across world media.

He played with expression, but without fear, deserving his Man Of The Match award as Watford comfortably dispatched Liverpool. He demonstrated great intelligence to find himself in the correct position to tap in Doucouré’s cross, but the second goal was down to ability and composure of the highest level. Not something you would expect from a ‘diamond in the rough’ type player. 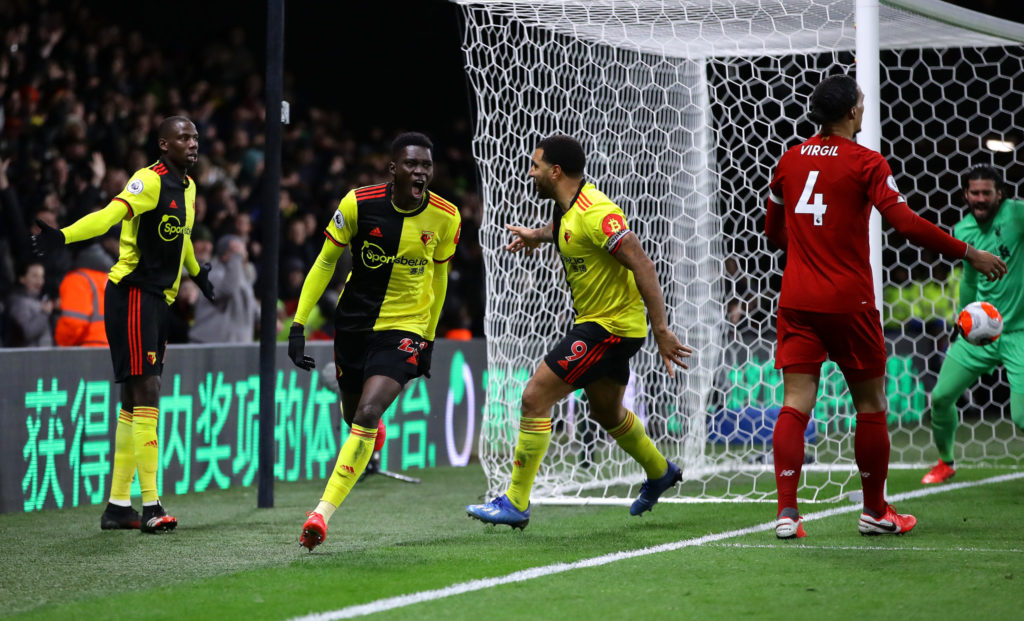 He showed the world what he had consistently been doing all season, something that did not let up in the return of football. Unfortunately, in several games, Watford failed to give Sarr enough touches of the ball to make an impact. When he did have the better of his opposite number (victims include Kieran Tierney, Ben Chilwell and Javier Manquillo) his forwards let him down in the box. Every positive factor that led Watford on such a brilliant run over Christmas, the Hornets have been desperately bereft of since.

This ultimately led to a gut-wrenching relegation which was avoidable from a Watford perspective, and that has sent shockwaves through the club. The board will have to fight off several potential suitors for their prized asset and may also need to convince him to stay. However, if the unthinkable were to happen and Sarr stayed at Watford, he would become the backbone of Watford’s plans over the summer and the nucleus of the Watford team for the upcoming season.

The hierarchy at Watford are evidently trying to address the elephant in the room: the squad’s average age is the highest in the league at 28.3 years old. With the array of young talent possibly coming back to Hertfordshire next season, including Luis Suárez, Cucho Hernández and Pervis Estupiñán, Watford could have a hungry young team mixed with experienced professionals fighting to ensure that lessons from this season are learnt, as owner Gino Pozzo will want to oversee his second promotion with the club as soon as possible.

All three loanees from the top two divisions in Spain have something in common with Sarr: they have earned interest from Spanish giants Barcelona. In fact, at 19 years of age, Sarr rejected a move to the Catalunya club, something the loanees could learn from the Senegalese international. He claimed that it was too early in his career, opting to sign for Rennes instead, who clinched their place in the UEFA Europa League knockout phase the following season, where he eventually won the UEFA Europa League Goal of the Season.

Truth be told, Sarr’s talent is deserving of a club of a higher pedigree than Watford; ever since he arrived on the final day of the transfer window for a club record £30 million, he has always seemed destined to depart Vicarage Road sooner rather than later, Watford were a mere placeholder. With Watford now facing a potentially long spell in the Championship, they may have no choice but to abandon their Senegalese adventure when it was merely getting started.