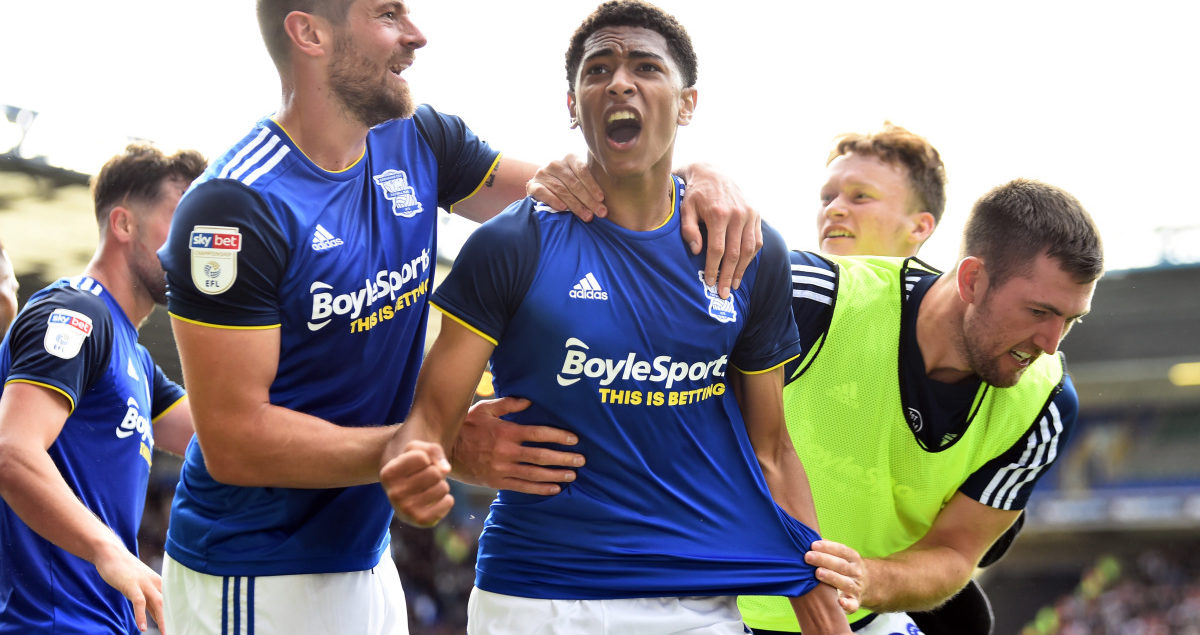 Since the start of the season, Jude Bellingham has emerged as one of the best young prospects in English football. Despite only being 16-years-old, Bellingham has made 25 appearances in the Championship for Birmingham City, smashing a plethora of records in the process.

Unsurprisingly, his performances have attracted the attention of European giants such as Manchester United, Liverpool, Borussia Dortmund and Bayern Munich with the transfer speculation intensifying during the January window. It is widely reported that Man United have launched a £30 million bid for Bellingham which is an astonishing amount of money for a 16-year-old who only sat his GCSE exams last summer.

The schoolboy is now faced with the age old conundrum: does he stay at Birmingham City, gaining first team experience, or does he move to a European giant and inevitably miss out on heaps of game time?

Born in Stourbridge, a town around 13 miles from Birmingham, Bellingham joined the Blues academy when he was 8-years-old in 2010. Since his arrival at the club, coaches throughout the Birmingham academy have been astonished by his skill and technical prowess. His potential was highlighted in November 2018 when he made his first appearance for the u23 side, scoring the winning goal in a 2-1 victory over Nottingham Forest.

Bellingham was quickly involved with the Birmingham first team squad as he was drafted in for training sessions and pre-match warm ups when he was just 15-years-old. He was given his first team debut against Portsmouth in the Carabao Cup a few months after his 16th birthday, becoming the club’s youngest ever player.

Just a couple of weeks later, Bellingham was substituted on v Stoke City and scored the winning goal during his St Andrew’s debut. Since his first goal, Bellingham has consolidated his spot in Birmingham’s first team squad and has been a bright spark in an otherwise underwhelming season for the club.

Bellingham has only ever been left out of the team when being rested or if Birmingham’s manager, Pep Clotet, has favoured a more conservative approach. Despite being in a struggling squad who are floundering towards the relegation zone of the Championship, he’s still been able to produce impressive individual displays.

The “EFL Young Player of the Month” award for November was a well-deserved prize for his stellar performances. Bellingham has experienced a meteoric climb to establish himself as one of, if not the most, promising 16-year-olds in the world.

Bellingham is an archetypal box-to-box midfielder who has also demonstrated incredible versatility during his breakthrough season in the Championship. He has played on the left wing and right wing, usually operating as an inside forward who drifts inside to become more involved in play.

Birmingham usually deploy a 4-4-2 or 4-4-1-1 setup so Bellingham has considerable defensive responsibility, he is adept at tracking opposition wingers and dealt with Leeds’ attacking wing backs fairly well during Birmingham’s 4-5 loss to Bielsa’s side. He has also played in a more advanced role at times, working just behind Lukas Jutkiewicz.

Whilst Bellingham is capable of playing in a plethora of positions across midfield, the 16-year-old excels as a central midfielder in a double pivot with Ivan Sunjic. Despite his juvenility, Bellingham holds his own against many older, bigger opponents. It is rare to see a player of his inexperience be so offensively and defensively accomplished, Bellingham completes nineteen challenges and 0.8 interceptions per game whilst also performing 1.6 dribbles every 90 minutes.

He is a remarkably well rounded player who can help out at either end of the pitch. A quick glance at his heat map from this season indicates how influential he is across the field. Bellingham has also showed great composure in the final third, scoring four goals and grabbing two assists.

Standing at over 6 feet tall, he asserts his physical presence brilliantly and his constant intensity is one of the reasons why he ranks so highly in terms of ball recoveries. Whilst Bellingham is not yet the finished article, he appears to be an incredibly gifted player who has a well balanced skill set. His versatility and ability to operate anywhere across midfield will stand him in good stead for the future.

With an array of European giants vying for his signature, Bellingham has the football world in his palms right now. Understandably, the allure of playing for such a prestigious club like Manchester United or Bayern Munich could be too hard to resist but the youngster has to think about what move would be more beneficial for his long term development.

Bellingham would struggle for game time at a club such as Man United and would probably be restricted to sporadic appearances in the cup competitions. Surely playing consistently in the Championship would be a better option than being stuck in an u23 side?

Bellingham is close friends with Louie Barry, a 16-year-old striker, who left West Brom in the summer to join FC Barcelona. Barry had a tough time adapting to the demands of such a giant club and quickly scampered back to England with his tail between his legs, joining Aston Villa in January. Bellingham should learn from his mate’s mistake and think about all his options before jumping ship to a bigger club.

However, whilst it is easy to say that Bellingham should stay at Birmingham and gain even more first team experience, moving to a larger club could help propel the wonderkid onto the global stage. The likes of Dele Alli and Jadon Sancho are proof that young English players can move to European juggernauts and still become first team regulars.

If Bellingham does go to Manchester United he’d have access to better facilities and would be given a much more generous wage whilst also having a reasonable chance of breaking through to the first team, which is entirely possible considering that United, according to Sports Betting Dime, are currently 5/1 longshots to finish in the top four and get back to the Champions League. Making the step up would obviously be a gamble but it’d be an opportunity that many people would find hard to turn down.

Whilst this level of attention would be difficult for any teenager to ignore, Bellingham needs to remain focused on his football at Birmingham City. His father, who is acting as his agent, has previously stated that if his son is happy at the club and getting the amount of game time he deserves, they won’t push for a transfer.

Bellingham will be eligible to sign his professional contract in the summer, when he turns 17, and the board at Birmingham are optimistic that he’ll do so. He has made a remarkable start to his career and St Andrew’s is the best place for Bellingham to continue his development.