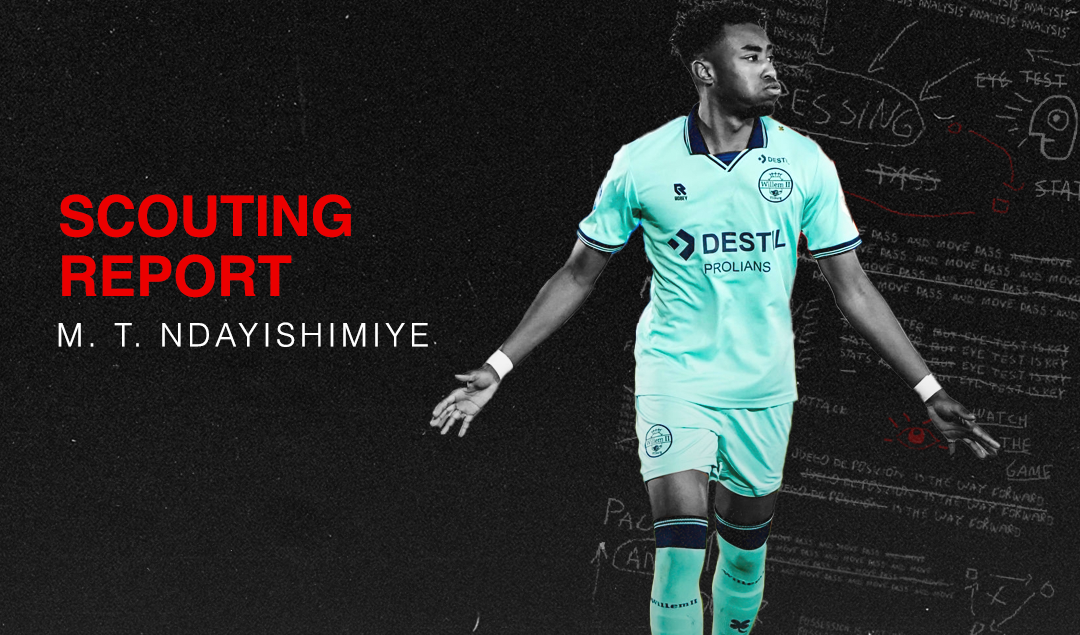 In Kirundi, Burundi’s main language, Ndayishimiye means “I thank him.” Mike Trésor Ndayishimiye doesn’t visit Burundi as often as he used to. His father Freddy was the captain of the national team and his grandparents still live there. It’s a religious country and Ndayishimiye lends his surname to God.

Released by Anderlecht at 19 after disagreements over playing time, Ndayishimiye spent the summer months of 2018 with a personal trainer as he looked for a new club. It didn’t take long before he found sanctuary at Dutch side NEC Nijmegen in the Eerste Divisie. After climbing through the ranks of Anderlecht and the Belgian National youth teams, this was a reality check for Ndayishimiye. He house-shared with fellow Belgian Paolo Sabak and was introduced to a different type of football than what he saw in Belgium. Not that he minded.

“The playing style suits me very well. Attackers can develop and show themselves better here,” Ndayishimiye said in an interview with Elfvoetbal’s Sander Berends.

Willem II of the Eredivisie were soon in contact. They wanted a loan spell with the potential of a permanent move. Ndayishimiye had done well enough at NEC. A versatile attacking midfielder, capable of playing anywhere across the front, including as a striker, he’d tormented Eerste Divisie defences the past two years. Despite this, few would have predicted the immediate impact he made in the Eredivisie. 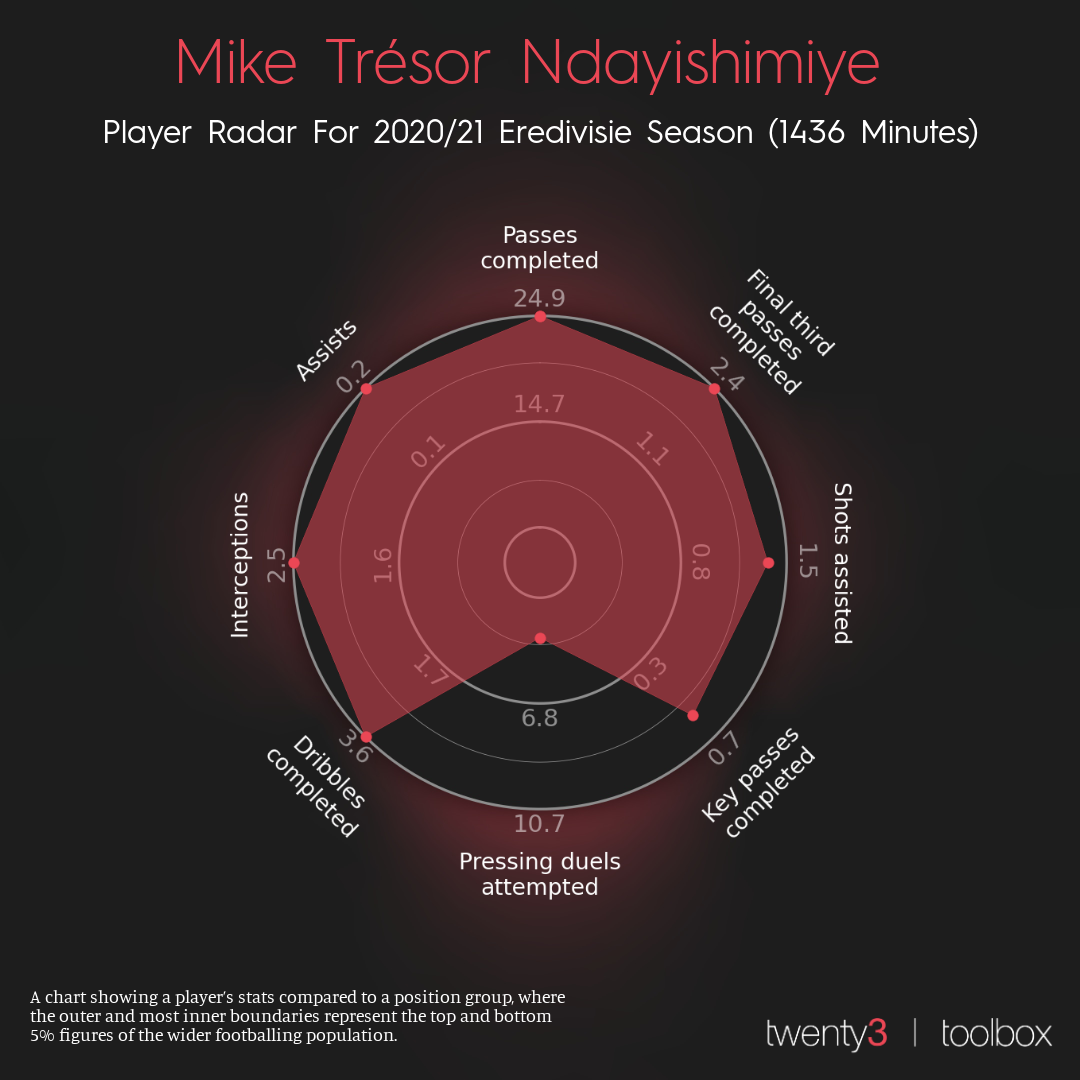 In the 2019/20 season, Willem II achieved their highest Eredivisie finish since 1999. Fifth place and a Europa League Qualifying spot, Ndayishimiye helped drive them towards the top. With eight goal contributions in 16 games in his debut season, there was no doubting that Willem would spend the £450k to make the deal permanent. This season has seen future progress, despite Willem’s struggles, as his 2 goals and 6 assists account for 35% of all of Willem’s goals this season.

A simple cutback to Ndayishimiye 25 from yards out seems harmless. It’s anything but. The dip and swerve produced on his long-range strikes, from open play and dead-ball situations, has left goalkeepers looking four feet tall.

He prefers to go by Mike Trésor now, perhaps to ease the pronunciation pressures brought on by his twelve-letter surname. Liking a central role in Willem’s 4-2-3-1 formation, he tends to lean over to the left-hand-side on occasions to allow him to cut onto his stronger right foot. But don’t be mistaken, his left foot is almost as equally as strong.

The duality to drop deep as well as burst beyond the central defenders is a testament to Trésor’s athleticism. His unmatched acceleration is magnificent to watch as he disrupts zonal systems that the majority of Dutch teams use. It has become a tired cliché of players that hold a similar style to Trésor to think that they lack the end product. This is not the case. His final ball is concise and well-weighted and, by the way that he steps up to take a penalty, you can tell that Mike Trésor Ndayishimiye has composure beyond his years.

With Ajax’s Quincy Promes linked with a return to Spartak Moscow, Trésor would be a perfect replacement. With remarkable speed and the technical quality to play anywhere in midfield, he is of similar mould to the Dutch International. It would be a delight to see how he would fare in the Champions League.

Ajax would have to hold off Premier League sides Leeds and Wolves, but their transfer pull is the strongest it has been in years. Continental football and an age-old track record of developing young talents into world-class footballers, Mike Trésor Ndayishimiye would be in safe hands.