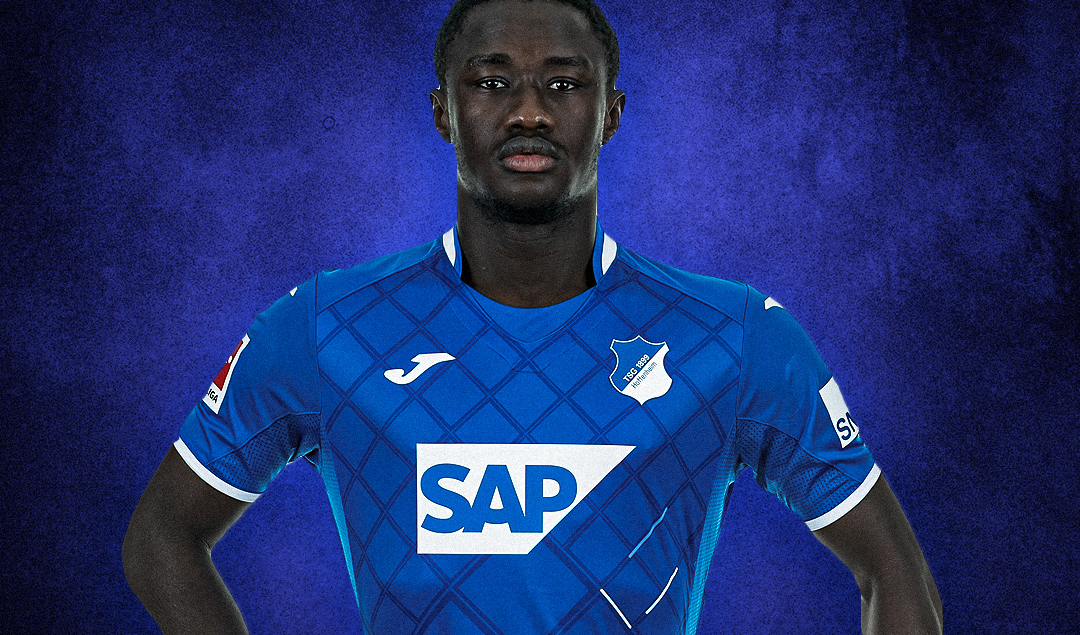 Football tournaments at the youth level, such as the FIFA U-20 World Cup, have proven to be fruitful grounds for the bursting of world class talents onto the global scene. Players like Lionel Messi, Sergio Agüero, Cesc Fábregas, Paul Pogba, and a host of others have all announced themselves to the world stage during the biannual tournament.

The 2015 U-20 World Cup saw Serbia pull off a shocking upset of Brazil in the Final, as well as a surprise run to the semifinals from Mali. Amongst that Mali squad were Golden Boot winner Adama Traoré and Diadié Samassékou. The former is a benchwarmer at mid-table Ligue 1 outfit Metz, having been sent out on loan from parent club Monaco. We’re going to focus on the latter.

Samassékou started his career at the Jean-Marc Guillou academy and went on to play for Malian capital outfit Real Bamako. Growing up on the right bank of the Niger River, Samassékou made his way up the youth ranks before playing in the U-20 World Cup in New Zealand.

“In Mali, you start playing football on the streets,” said Samassékou in an interview with UltimoDiez. “Every day after school, I went to play with friends in the street. As a kid, I already played with people who were older than me, and it opened my eyes to my potential. I saw that I was ahead of my age.”

Two months after impressing in Mali’s run to the semifinals, Samassékou earned a move to Red Bull Salzburg, and began his development at their feeder club Liefering in the Austrian second tier. He made his debut for Salzburg in July 2016, and would go on to win three successive league titles and the Austrian Cup twice in three years as a first-team regular.

A well-built 5’8 athletic midfielder, Samassékou has developed into a well-oiled defensive midfielder. He breaks up play at the base of the midfield with shrewd tackling skills, abilities that suited Salzburg’s aggressive, high-pressing style, but he can also jump-start attacks with pinpoint through balls and audacious dribbles.

Samassékou was named Mali’s player of the year in 2017, and at the 2019 African Cup of Nations, he helped Mali finish atop their group, although they were knocked out by Ivory Coast via a late goal from Wilfried Zaha. No one at the tournament read the game more effectively than Samassékou, who underpinned Mali’s draw with Tunisia with a series of fine interventions in the heart of midfield, a game where he also scored a goal direct from a corner kick.

Whilst their tournament came to an abrupt end in the Round of 16, Samassékou averaged 3.7 interceptions per match. His tackling qualities were evident at the tournament too, averaging 3.3 per match. In recent years, most football teams have adapted to a style of play that requires them to play out from the back; and there are different dynamics to it. A team like Liverpool would prefer to play out from the back by utilizing their high flying full backs, or picking out long balls from their center backs to their wingers.

Other teams prefer to play short passes through the middle in triangles, attempting to toy with and frustrate the opponent. But one thing that all these tactical setups share is the presence of a solid central defensive midfielder, who can both protect the defense and join the attack.

And that is exactly what Samassékou did so well for Marco Rose’s Salzburg. The Malian often found himself in and around the center circle during games, and with his ability to read the game so well, he was able to break up counterattacks. In addition, his indomitable stamina and energy suited Salzburg’s high and aggressive pressing to a tee. With all these traits in the bag, Samassékou is still a rather composed player on the ball.

Playing out from the back, he has the eye for both the short pass and the long pass. Although he isn’t a frequent goalscorer, he offers his team an extra man on the attack, with an eye for the quick one- two manoeuvre, a trait he displayed with his goal against Ghana in the 2015 U-20 World Cup.

Salzburg has proven in the past few years to be a reliable source of talent for European clubs, especially in the Bundesliga, with the likes of Erling Haaland and Naby Keïta making thee splash in Germany. After Marco Rose’s Die Mozartstädter completed the domestic double, several key players headed for the Bundesliga in the summer of 2019, such as Xaver Schlager (Wolfsburg), Stefan Lainer (Gladbach) and Samassékou, who joined Hoffenheim for for a club record fee of £10.8 million.

Samassékou rejected interest from Marseille, Monaco and RB Leipzig to join Hoffenheim, where he would have far less competition towards winning a starting spot. A torn muscle fibre prevented him of playing time at the start of the season, but he has gradually become a starter since the turn of the year.

Hoffenheim enjoyed an excellent 2017/2018 campaign under manager Julian Nagelsmann, finishing 3rd and securing a Champions League spot. However, in June 2018, Nagelsmann announced he would join RB Leipzig at the end of the following season. A cloud of uncertainty followed Hoffenehim and their lame duck coach, and combined with the departures of Serge Gnabry and Mark Uth, Die Kraichgauer finished in 9th place.

To replace the outgoing wunderkind coach, the club hierarchy chose Alfred Schreuder, a man who served as Nagelsmann’s assistant from 2015-2018, and Erik ten Hag’s assistant at Ajax last season. Looking at Hoffeinheim’s record under Nagelsmann, finishing 4th, 3rd and 9th successively, Schreuder took over the team fully aware of the side’s potential and quality.

One player who stood out at Hoffenheim during Nagelsmann’s time at the club was Kerem Demirbay, a midfield dynamo who can boast of ball-winning capabilities as well as playmaking abilities. Demirbay became Bayer Leverkusen’s first signing of the summer, but it would seem Hoffenheim found the right replacement in Samassékou.

In Nagelsmann’s setup, Demirbay was the player tasked with breaking down defences while playing as the ball-winning number 6; a very demanding responsibility in a very demanding 3-5-2 setup. Samassékou failed to fill his void during the Hinrunde due to injuries, but that’s changed recently. Having played the full 90 minutes in five of Hoffenheim’s eight Bundesliga outings since the start of the year, the 24-year-old has begun to make his mark.

It is evident in their style of play that Schreuder believes in playing out from the back, as well pressing aggressively, a style of play in which Samassékou thrived at under Rose. Schreuder has rotated between the 4-3-3, 3-5-2, and 4-2-3-1 formations, and with talents like Sebastian Rudy and Florian Grillitsch at his disposal, he has chopped and changed his starting eleven with regularity.

Against Schalke on March 7, Samassekou was at his very best, glimpses of the feats that saw many clubs struggle for his signature in the past summer. He had 18 successful tackles, more than every other player on the pitch, with 32 successful passes. Samassékou began his career playing on the streets of Bamako, and is now impressing against the finest football pitches in Germany.