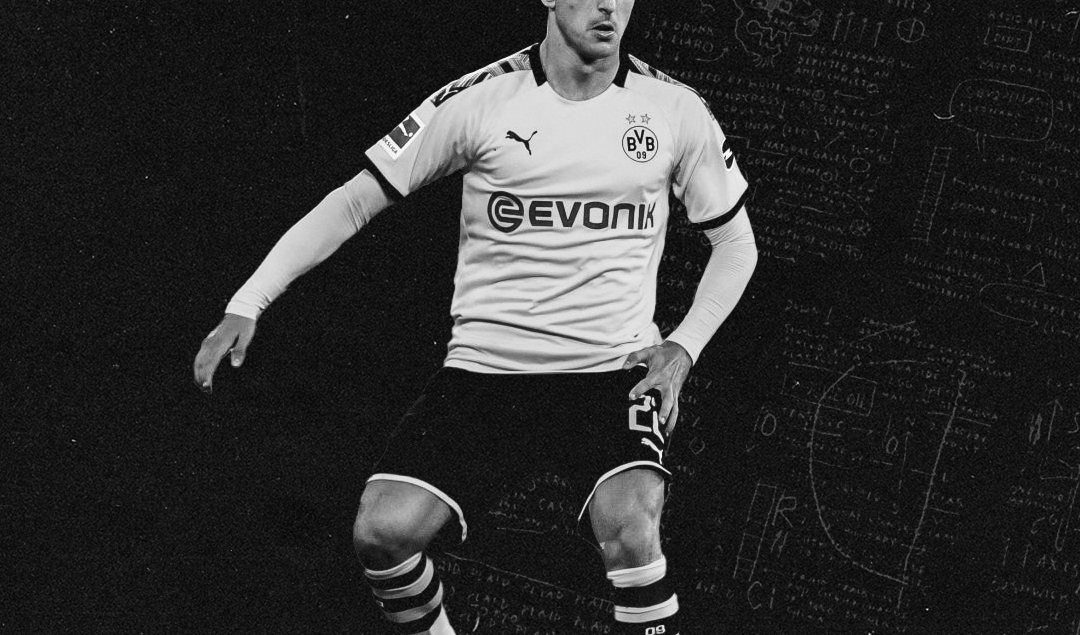 With Achraf Hakimi’s two-year loan coming to an end, Borussia Dortmund have worked swiftly to sign his replacement, bringing in Thomas Meunier on a free transfer from Paris Saint-Germain.

However, the Belgian right back turns 29 in September, and his attacking shortcomings have led many to speculate whether he can adequately replace Hakimi in the right wing-back position in Lucien Favre’s 3-4-2-1. Perhaps the long-term answer to Hakimi isn’t Meunier, but Dortmund’s 20-year-old right back Mateu Morey. 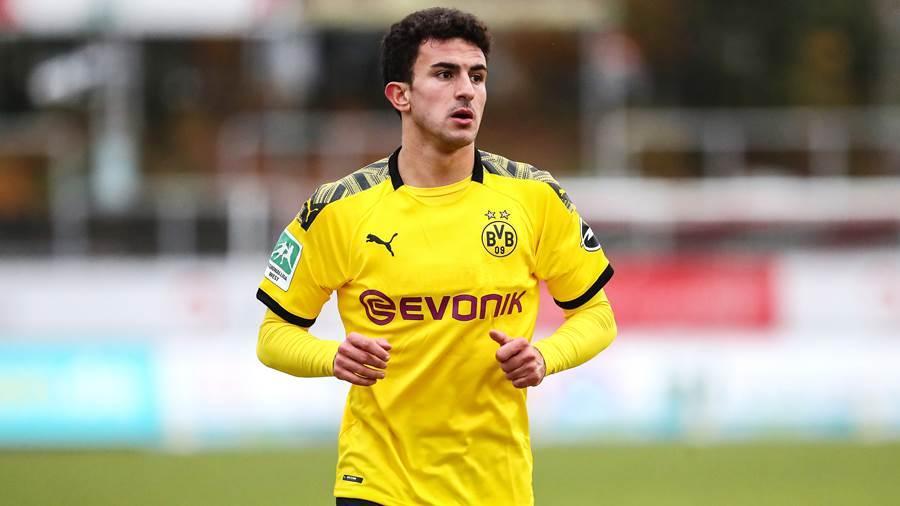 Born in Petra on the island of Mallorca, Morey played in various local sides, developing in Mallorca’s academy as a midfielder, before joining Barcelona’s famed La Masia academy in 2015. During his time at Mallorca, Morey improved his in-game intelligence and developed skills such as scanning the pitch and squeezing his way out of pressure, as well as being adept at using both of his feet to dribble.

It was in La Masia that the Mallorquiner began to evolve into a modern fullback. His coaches took note of his outstanding athleticism, his understanding of the game, and his playmaking abilities, and decided to change his position.

Similarly to Pep Guardiola’s Manchester City, fullbacks in La Masia are taught to tuck in and play as inverted fullbacks. In the first phase of possession, Morey would position himself out wide to offer a passing option down the right. As soon as they progressed the ball forward, Morey would shift centrally, positioning himself almost like a ‘false defensive midfielder.’

Whereas Morey focused more on helping circulate possession, his counterpart on the other flank, Juan Miranda, focused on overlapping and sending crosses in. Together, Miranda and Morey dominated the full back positions for club and country, winning the 2017 U-17 Euros with Spain and winning the 2018 UEFA Youth League with Barcelona. 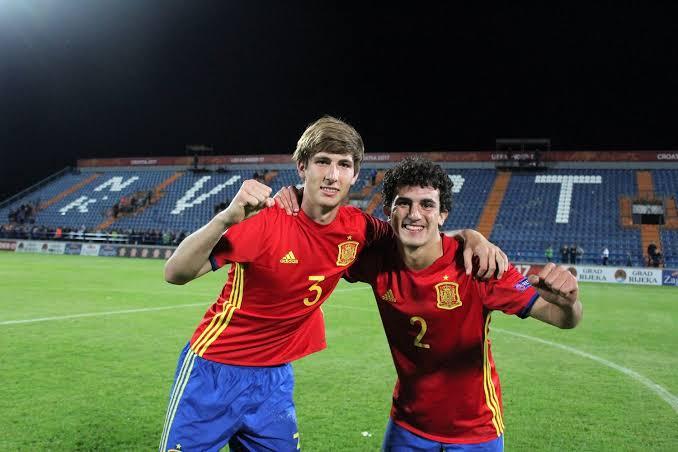 Morey announced himself as one of Spanish football’s top prospects in the 2017 U-17 European Championships in Croatia, scoring three goals and providing one assist in the tournament. In the Final, La Rojita found themselves down early after Callum Hudson-Odoi put England ahead.

However, in the 37th minute, Morey sprinted from midfield all the way to the center of the box, exploiting the space vacated by fellow Barcelona man Abel Ruíz, who dragged Chelsea duo Marc Guehi and Jonathan Panzo out of position, before blasting the finish past a hapless Josef Bursik into the net.

In defense, Morey held his own against future teammate Jadon Sancho, keeping him in his pocket and causing him to be substituted for Jake Vokins in the 83rd minute. Spain would go on to win 4-1 on penalties after drawing 2-2 in regulation.

Such was his performance that Bayern Munich offered to pay €3 million for him just weeks after the tournament was completed. His transfer to Bavaria seemed like a done deal until Barcelona swept in at the last minute and offered him a new contract to keep him at the club for one more season.

Things were going swimmingly for Morey the following season until November 20, when he suffered an ankle injury, sidelining him until the new year. This would be the start of a long plague with injuries for Morey.

After providing three assists in the semifinal against Manchester City, he started in defense in the Final against Chelsea, as Barcelona won the Final in Nyon by a scoreline of 3-0. At 18 years old, Morey was closing in on a first team call-up until August 1, when he tore his meniscus, causing him to miss seven months of action. 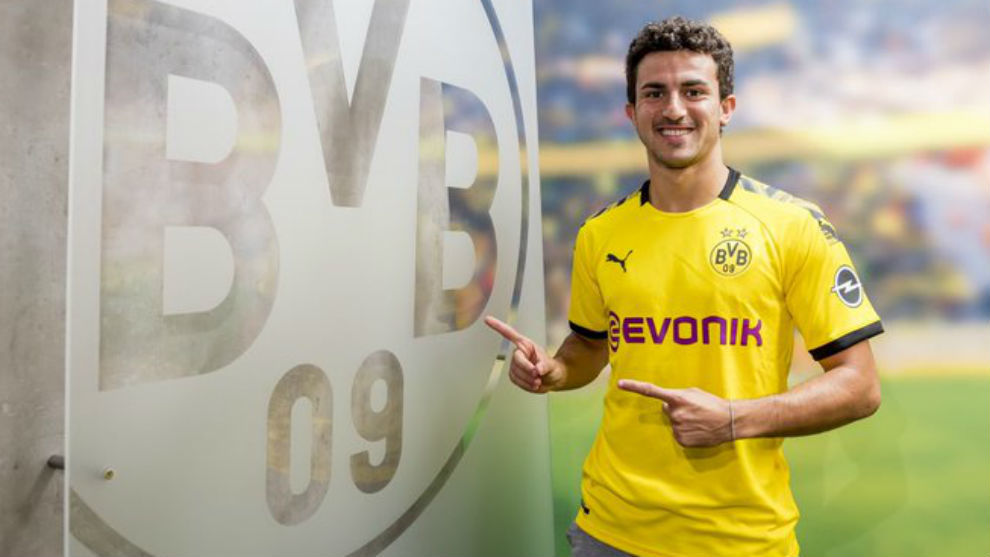 However, just when he recovered from injury, he was immediately frozen out of the Barça B picture after refusing to agree a new contract. 11 days after coming back from his meniscal tear, Morey suffered a ruptured knee ligament, causing him to miss another two months. Nevertheless, that didn’t deter Borussia Dortmund, who signed him on a free transfer, tying him to the club until 2024.

Following a year of injury hell, Morey enjoyed a successful preseason with Lucien Favre’s side, and was even tipped to start the DFL-Supercup against Bayern Munich over Hakimi, who had arrived late to preseason training after representing Morocco in the African Cup of Nations. However, Morey injured his shoulder in the final preseason friendly against St. Gallen, sidelining him for another 54 days.

Łukasz Piszczek started the first few games of the season, before Hakimi eventually reclaimed his place in the line-up. Starved of minutes behind both players, Morey was sent to the U-23s, biding his time and waiting for his next shot.

There were widespread rumors that he would depart on loan the following summer, but Morey kept his head down and kept working hard in practice, and eventually started 11 times for Dortmund’s second team. Playing in Germany’s fourth tier, it was clear as day that Morey was too good for this league.

With the Bundesliga becoming the first major European league to return to action, Morey was a beneficiary of the new FIFA rule which authorized five substitutes per match instead of three. On May 31, he made his first team debut against Paderborn, being subbed on for Hakimi in the 87th minute. He earned a 24 minute cameo a week later, in a hard-fought 1-0 victory against Hertha Berlin. 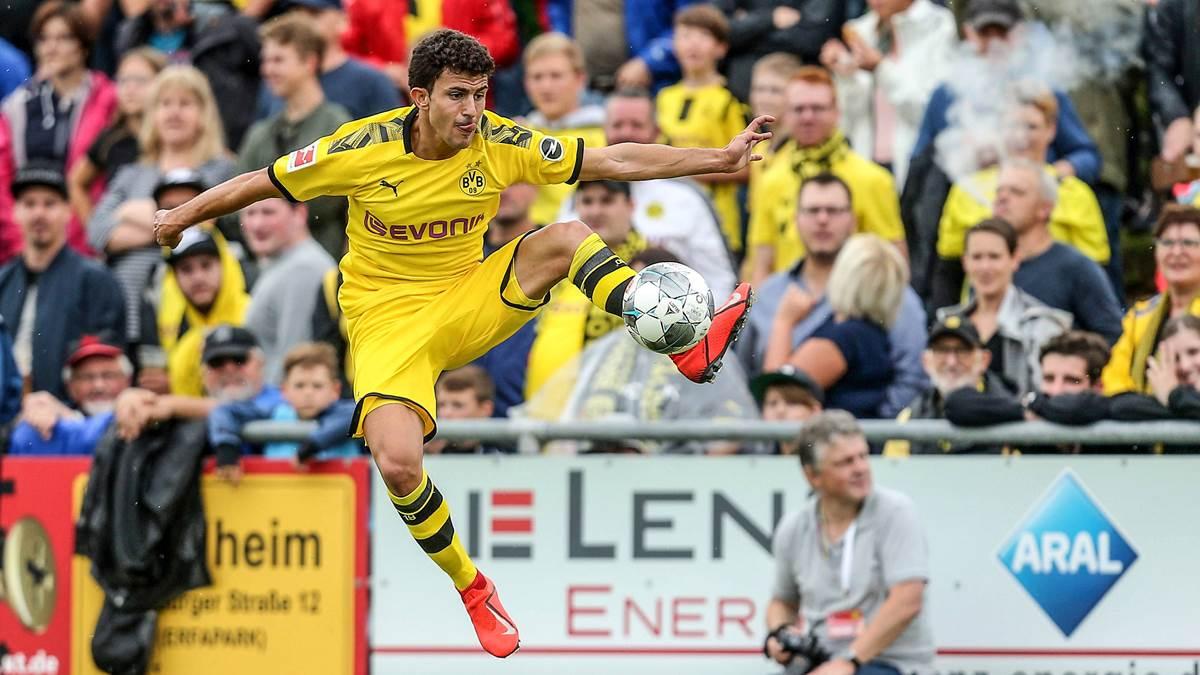 Morey’s third appearance came on June 17, as a dejected Dortmund side fell 2-0 to Mainz, with Hakimi picking up his 5th yellow card this season, causing him to be suspended against RB Leipzig. Morey filled in and impressed in his first start, keeping Timo Werner firmly in his pocket in his penultimate game for Julian Nagelsmann’s side.

His second start wasn’t as fruitful, a 0-4 drubbing at the hands of Hoffenheim, but there is ample evidence to suggest that Morey will be given far more chances in Dortmund’s first team next season.

Morey is an attack-minded fullback whose low center of gravity, agility, and technique allows him to turn quickly and weave his way out of pressure in tight spaces.

He’s capable of reading the opposition and positioning himself to avoid being pressured in the first place, but in case he gets pressed, he’s still capable of opening up space for his teammates with intelligent runs or quick combinations down the touchline. All of this is possible thanks to his ability to scan the pitch in a matter of seconds.

The Spaniard’s trademark move is a symbol of his inverted fullback nature: cutting inside. Whether under pressure in tight spaces or dribbling towards the byline with ample space, Morey likes to cut inside and create space for his teammates. In his maiden start against Leipzig, he beat the press by making a cutting run towards the middle of the pitch.

In the final third, Morey is capable of weaving his way past defenses and threading the ball into attackers who are making runs in behind the defense. Thanks to his ambidexterity, he is capable of dribbling at different angles and carving out goalscoring opportunities for himself.

Hakimi’s departure will deprive Dortmund of plenty of creativity in the full back position, but Morey has the power to replenish it. He is similar to BVB’s starting left back Raphaël Guerreiro in plenty regards, but one thing that makes him stand out favorably to his Portuguese teammate is his speed and two-footedness.

In his first two starts of his professional career, he has proven he has the skillset to flourish in Favre’s possession-based, triangle-heavy football, showing a refined technique on the ball and offering plenty of incisive runs as an outlet. As soon as he receives the ball, Morey needs just one touch to beat his opponent and drive into open space.

Nevertheless, there are still plenty of things he needs to work on before he’s ready to be a starter at Dortmund.

While he is incredibly intelligent in possession and incisive in exploiting open gaps in defenses, Morey is still too unreliable when it comes to marking defenders and staying in possession. The Spaniard tends to prematurely leave his area to pressure his opponent, causing acres of space to open up on the right side of defense.

Although he is prone to concentration errors when playing in a deep block, Morey is a composed defender in 1v1 duels, combining his athletic skills with his impressive timing in his tackles. However, in order to win a starting spot, he must take advantage of this summer to put on more muscle.

At 20 years old, his physique is too slight and small, which causes him to come up short in physical duels against opposition forwards. On the ball, Morey is pushed off easily and struggles to shield the ball and hold onto possession. At 1.73 meters, he is a constant weak link for his team in set-piece battles and when defending the far post against crosses.

Thomas Meunier will likely start for Borussia Dortmund this season, as the 28-year-old attempts to shake off his recent struggles in Paris and recover top form ahead of the 2020 Euros. But if Morey can stay clear of injuries and continue his development, he could be starting for club and country by the time the next Euros in 2024 — when Meunier’s contract at Dortmund expires.