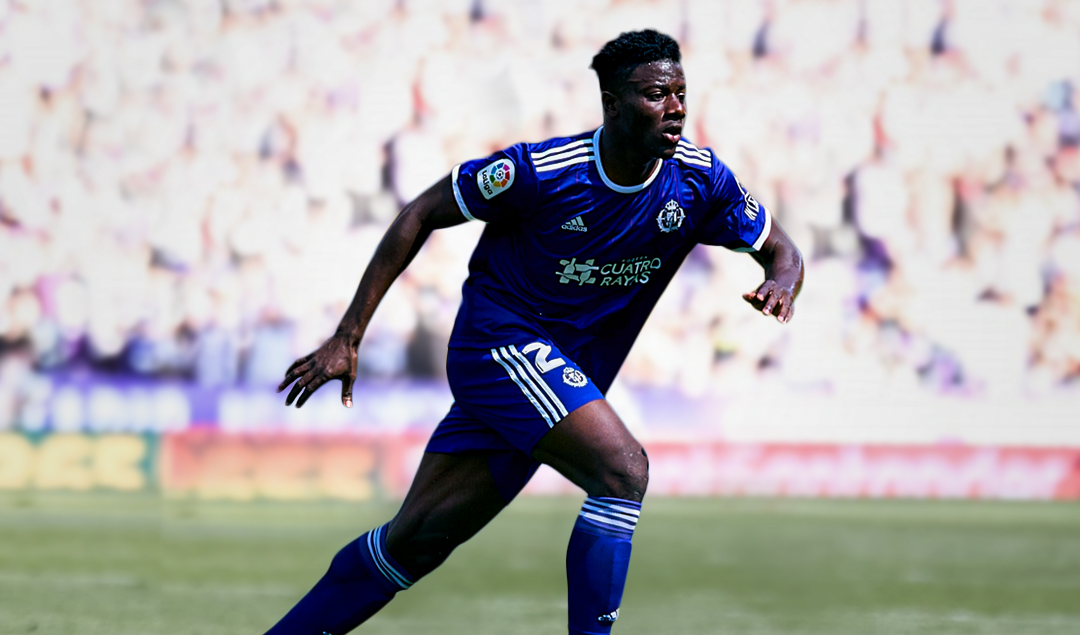 Located on the west coast of Africa, Ghana is a country that is known to the world for its production of both cocoa and gold. But for football lovers, it is the nation that has given the world talents such as Abedi Ayew, Stephen Appiah, Michael Essien, Sulley Muntari, Asamoah Gyan, and Andre Ayew. Nowadays, though, there’s a new sensation on the block.

For many Real Valladolid fans, it came as a surprise to them on Matchday 1 of the 2019/2020 season against Real Betis when manager Sergio Gonzalez Soriano decided to field 20-year-old Mohammed Salisu at centre back.

“I had seen highlights last season of Mohammed playing for the Promesas, our club’s B team, but the first time I saw him play a full match was Round 1 of the La Liga season in August at Real Betis. He had played no first team matches in preseason and was a complete surprise to be included in the squad for the opening match, let alone be in the starting eleven.”-Real Valladolid fan Martin Devil (@MartiRVCF).

Coming To Europe and Ascent to the First Team

In Ghana, football is the most popular sport; kids grow up dreaming of earning a move to Europe and playing professionally. One of the most famed academies in the country is African Talent Football Academy, located at Nsawam in the Greater Accra Region. With a web of links with clubs in Portugal and Spain, the academy sends its players for trials in these countries once they turn 18 years old. The first beneficiary of this system was Salisu.

Salisu joined Real Valladolid’s youth team in October 2017 and subsequently made his way through the system to Valladolid’s B team, La Promesas in 2018. Due to his impressive performances for the B team, Salisu was promoted to the first team in La Liga in July 2018 and made his debut in a Copa Del Rey tie in January 2019, a 1-0 loss away to Getafe. 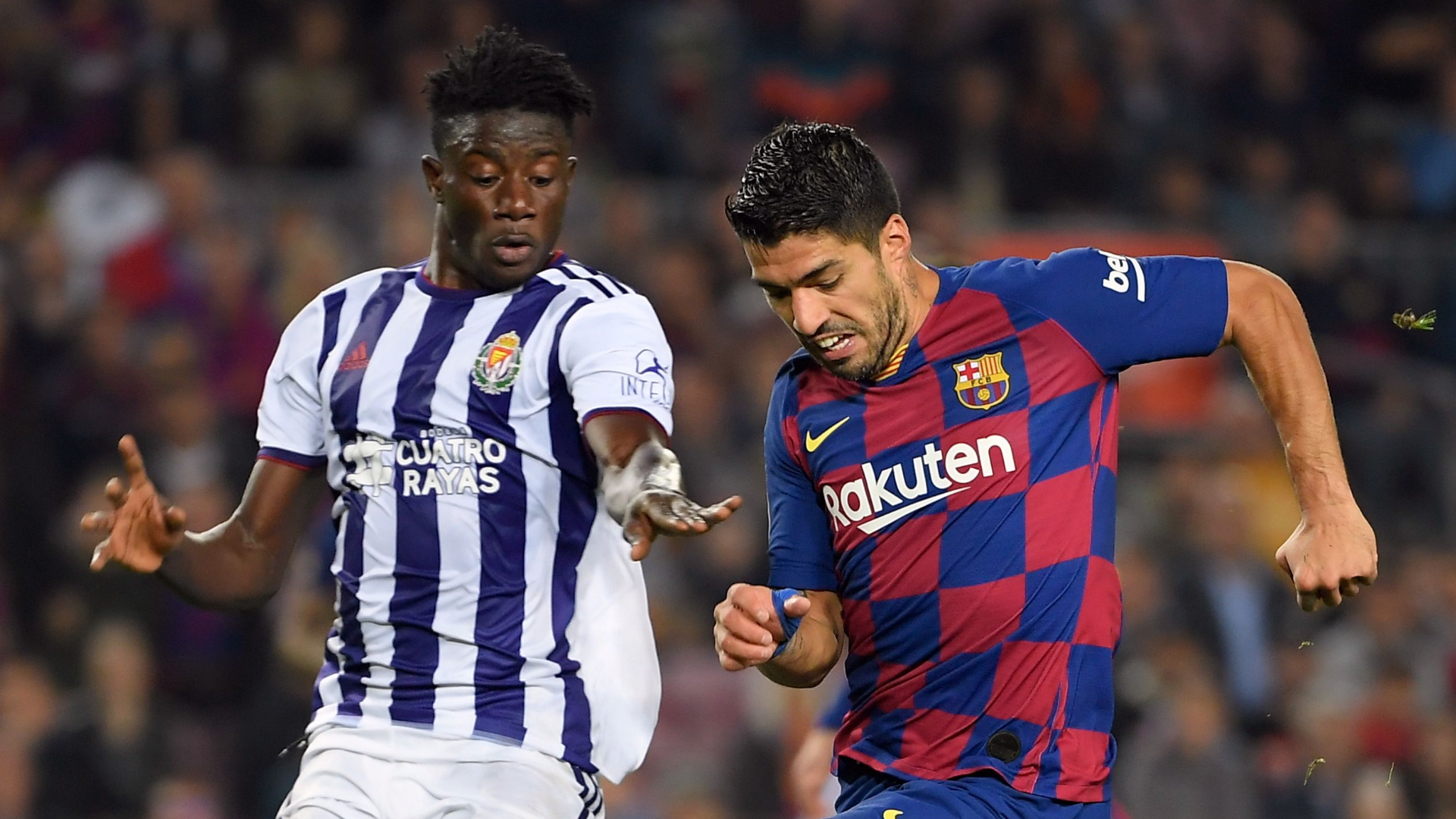 The 2018/2019 saw Real Valladolid finish 16th at the end of the season, only beating relegation with a game to spare, with both their defensive and attacking record desperately lacking. Their top scorer for the season, Enes Ünal, managed a miserly 6 goals; ironic scoring numbers for a team owned by one of the greatest forwards of all time, Ronaldo.

In the summer of 2019, they lost starting defender Fernando Calero, who moved to Espanyol. Calero was a regular at centre back, and a major part of Gonzalez’s defensive setup, alongside Kiko Olivas. With this move, many thought the Valladolid defense would be weaker heading into the new season. So it was even more shocking to see Gonzalez field an inexperience’ centre-back alongside Olivas on Matchday 1, a pairing nobody would have predicted.

But a very impressive performance that day meant Salisu would get another opportunity against Real Madrid on Matchday 2. For somebody who had played just one first team match prior to this, Salisu showed plenty of character in what was, effectively, a baptism of fire at the Bernabeu. Fast forward nine months, Salisu has started nearly every single match for Valladolid, missing just one.

Standing at 6’3, Salisu is the textbook definition of a rock at the heart of the defense. He has a special ability to read the game and to commit to timely tackles (1.4 per game) while not committing many fouls (0.7 per game). Salisu sits at the top of the chart for most clearances made so far in the La Liga (136), and his aerial ability gives Valladolid an advantage at both defense and attack. 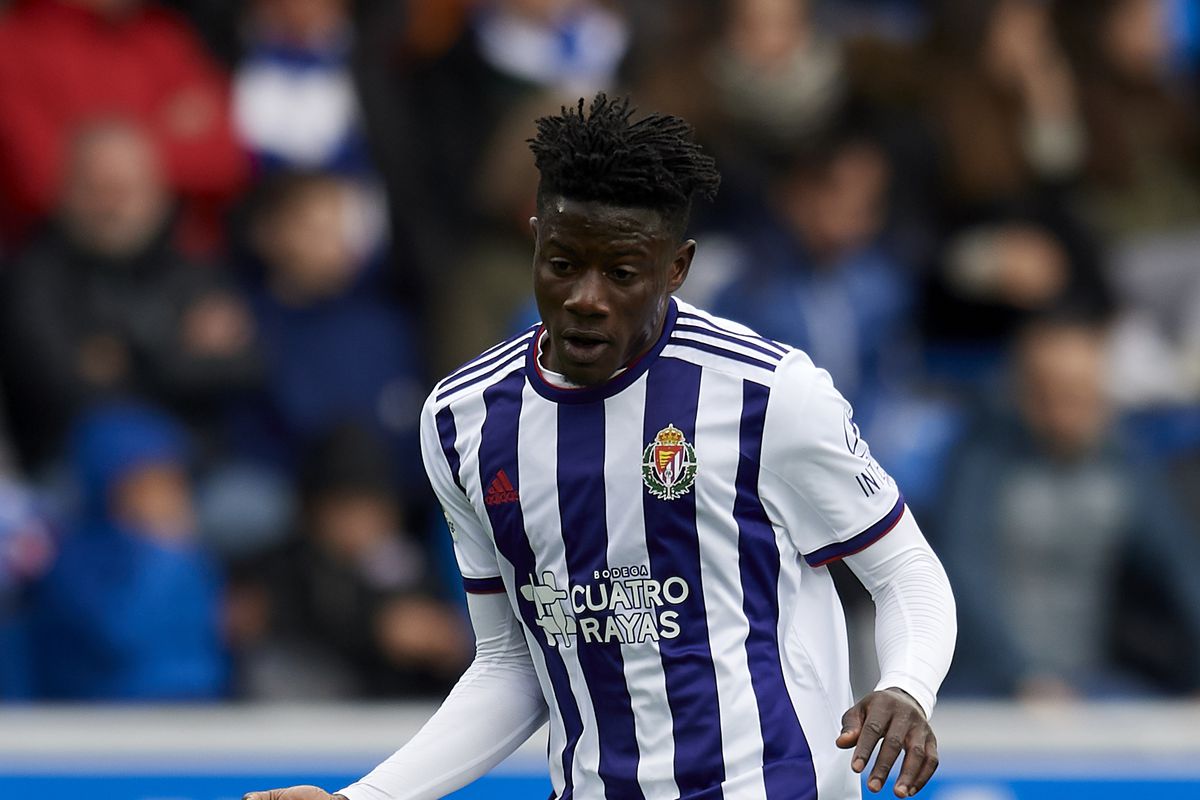 Although Pucela sit 15th in La Liga standings, they actually have the 6th best defensive record in the league and the best out of any team in the bottom half, and Salisu has been at the centre of this great feat. Valladolid have even conceded fewer goals than table-toppers FC Barcelona.

With a gorgeous left foot, Salisu also has the ability to hit long passes, as well as in-swinging crosses from the left. He has so far scored one goal and provided one assist, not too shabby for someone in his first season in the Spanish top flight. His best performance in the Valladolid shirt came arguably in a 0-0 draw against Atletico Madrid. The stability that Salisu has brought to the defence has seen players like Joaquin Fernandez move into midfield to make way for the young Ghanaian.

“Even regulars like Oscar Plano were sometimes relegated to the bench if their form dropped. When Ruben Alcaraz returned from injury, it gave options in centre of midfield with him, Michel, Joaquin and Fede San Emeterio all featuring at different times,”- Martin Devlin.

Salisu’s prowess has not gone unnoticed by most European giants, with clubs like Real Madrid, Atletico Madrid, Juventus and Manchester United keeping tabs on him. Speaking to Vip Deportivo, Salisu’s agent, Juan Mata Senior, stated that now is the time for him to leave Valladolid.

“The truth is that I think this may be his window [to leave], because interests have arisen from many clubs, and he deserves it,” said Mata.

Nevertheless, there are many who believe that the 21-year-old needs to remain at Valladolid for another season, where he would be a guaranteed starter and would not have as much pressure to adapt to. Still, with a release clause of just £10 million pounds, any club that manages to get its paws on him will be doing so for a massive bargain. Valladolid, on the other hand, are attempting to renew his contract, which expires in 2022, to no fruition thus far.

While he still hasn’t made an appearance for Ghana’s senior team yet, Salisu is the present and future of the Black Stars’s defense, and he has everything it takes to be a trailblazer for the next generation of Ghana’s young dreamers.