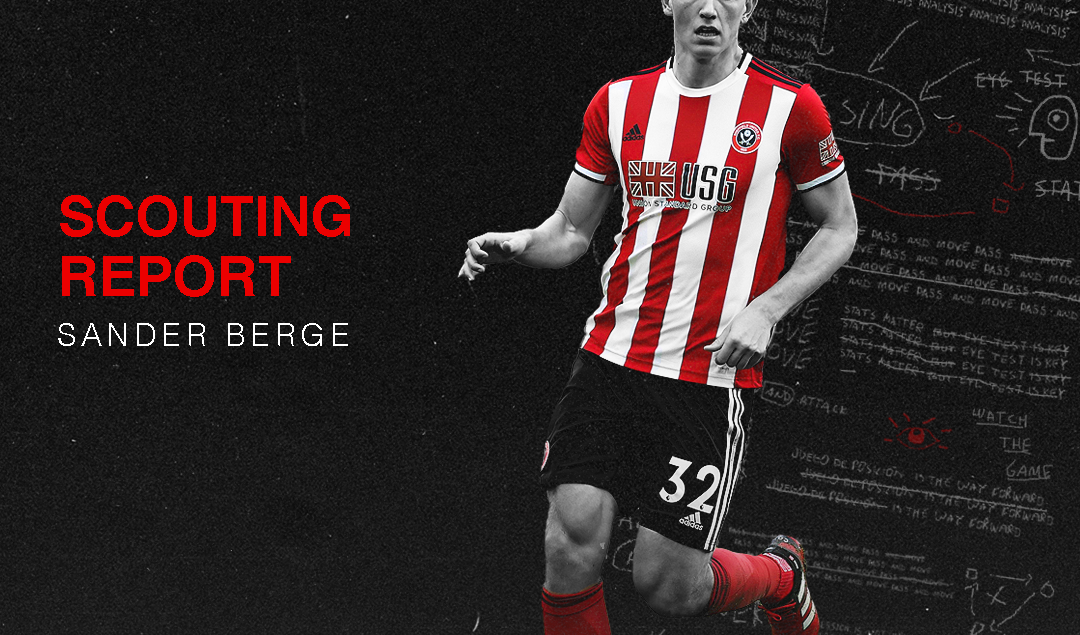 Heads turned when newly-promoted English side Sheffield United secured the signing of 21-year old Norwegian international Sander Berge from Belgian champions Genk in January 2020. Having joined Genk three years prior as a replacement for the outgoing Wilfred Ndidi, Berge had emerged as a rock in the heart of midfield, earning interest from Manchester United, Napoli, and Liverpool.

Nevertheless, the Blades convinced Berge to sign for them and he became their all-time most expensive player at £22 million, eclipsing the fee they paid for Oli McBurnie last summer. The Norwegian has represented his home country at every age group since the age of 15 and also has seven caps to his name.

A towering figure at 6 feet 3 inches, Berge’s massive frame sets him apart from most other deep-lying midfielders his age and provides him an all-important edge when it comes to both defending ground duels and aerial duels, as well as winning the ball high up the pitch.Throughout his career, he has shined in a deep role for both club and country – as a lone DM as well as in a double pivot.

During build-up, he sits near the backline and as play progresses, drives forward and join the attack, being constantly involved in play and offering an extra layer of physicality as well. His heat map below shows that he is stationed on the right hand-side of a midfield 3 and operates in the right half-space. 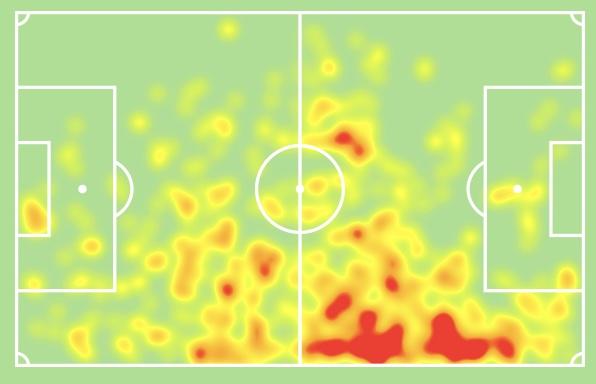 It wasn’t easy to break into the tried and tested midfield of Oliver Norwood, John Lundstram, and John Fleck, but Berge has become indispensable to Chris Wilder’s midfield. Since the restart, he’s taken up a leadership role at the base of midfield, impressing alongside Norwood and Ben Osborn, due to injuries to Fleck and Lundstram.

The young Norwegian possesses all three requirements to excel as a deep-lying playmaker; he has brilliant passing, dribbling and ball-carrying and defensive abilities, and his impressive dribbling comes at a surprise given his dominant physique.

Berge displays stellar ball control and balance, which coupled with quick surges of pace allow him to break the opposition lines with ease and manoeuvre the ball into open spaces to plan further attacking movements. He attempts close to 1.68 dribbles per 90 with an accuracy of 81.3%  along with 30.2 ball carries per game. In fact, Berge ranked among Genk’s top charts when it comes to touches and passes.

In this match against Norwich, Berge assumes a commanding position and motors forward with the ball. Berge is able to make plenty of space for himself while dribbling, making him a difficult player to dispossess. His handling of the press in tight spaces is a joy to watch as he evades pressure and glides past opponents effortlessly.

The 21-year old midfielder’s main role is to operate between the defensive and attacking lines and act as a linker of play; as such, he is often tasked with dictating the tempo of the game and this aspect was very much clear in his time at Genk.

Having amassed 5 goals and an assist this season in all competitions, Berge has also become a nuisance going forward for the opposition. Although goal contributions aren’t what is expected of him, he does like to drop into the space close to the penalty area and deliver crosses from the right; in fact, he records most of his touches (21.5) in the attacking third in Sheffield United’s squad.

The Premier League’s fast-paced nature has seen him get caught out of position at times, but as time progresses he will mature and will be able to be much more adept at handling the speed of play.

Often operating at the base of a midfield three, Berge looks for the direct (and safe) passing option but isn’t afraid to play the long ball at times; he completes over 5.79 long balls per 90 minutes. He commonly looks to play the ball laterally and wide to his fullbacks, but he has a solid repertoire of diagonal balls and line-splitting passes to his name as well.

Berge is able to play deadly passes breaking multiple lines of pressure, making him a potent weapon in attacking situations given that he can take out a number of players out of the equation with both his dribbling and passing on counter attacks. Where he lacks in this aspect boils down to his directness and the simplicity of his passing range.

In this example from his time at Genk, Berge plays a flighted ball to the forward making a run, breaking three lines and eliminating the entire backline in the process. He has a tendency to play these diagonal balls to either the fullback or winger and break the lines in the process, both for club and country.

Physicality is imperative to success in the Premier League, but Berge has had no trouble adjusting to the league in this aspect. His commanding frame allows him to defend effectively situations like set-pieces, whilst making recoveries in tight spaces of the field where he is able to brush off the player in possession.

Berge offers his side an edge mentally as well, as his NFL-like build can often overwhelm opposition players into losing the ball, as he utilizes his large frame to regain possession. His long legs not only are an asset while covering large distances on the ground, but also while making crucial sliding tackles and challenges.

In this example, Berge bypasses the press applied by three opposition players and dribbles past them.

Nevertheless, Berge does have a few clear weaknesses which he must eradicate if he is to reach the world-class bracket.

Given his great build, it is natural for a player to be heavy footed and this can lead to him losing possession. He can be a little lethargic in terms of his work rate as well, and there are instances where he tends to remain static and not support his midfielder partner under pressure.

Berge is also rather one-dimensional; he often moves in one direction and looks for the safe option when it comes to passing, and his pass selection is extremely limited, even more so with the fact that he does not use his left foot to play passes. 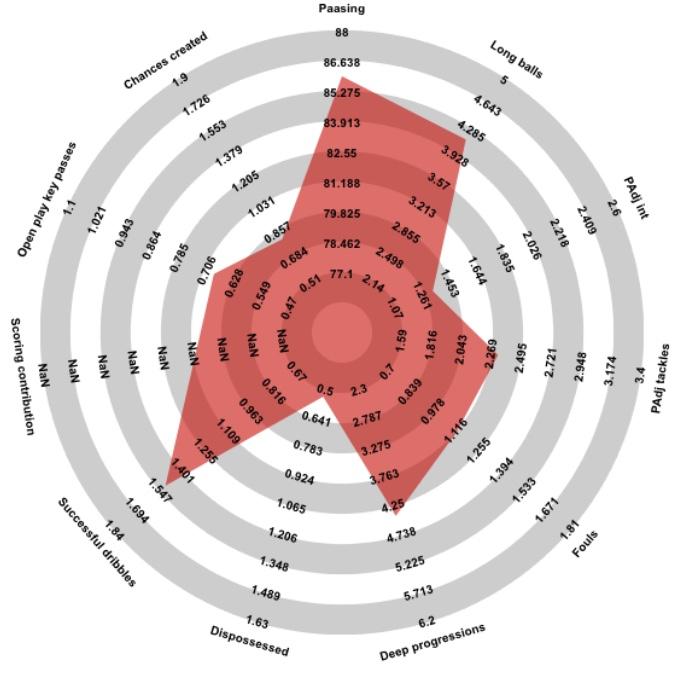 All in all, it’s not common to see a 22-year-old player come from a non top 5 league and adjust as easily as Berge has done. Sheffield United gambled on a raw gem, but their bet is starting to pay off.