Manchester United finished the Premier League season on a high, beating Leicester City 2-0 at the King Power Stadium to secure Champions League football next season. However, whilst they missed out on a place in the FA Cup final after losing to bitter rivals Chelsea in the semi-finals, they could still get their hands on the Europe’s second-tier trophy – and the odds on the winner of the Europa League are in their favour.

Ole Gunnar Solskjær’s side – who carried on their fine pre-lockdown form when the season resumed to nick third place from Chelsea and the Foxes – are as short as 15/8 favourites to win the Europa League – which would be their second time lifting the trophy in the last three years.

When the Europa League resumed earlier this week, the Red Devils – who beat Ajax Amsterdam 2-0 in the 2017 Europa League final at the Friends Arena in Stockholm – beat Austrian outfit LASK 2-1 – taking the aggregate score to a rather comfortable 7-1 – at Old Trafford to progress to the quarter-final of the tournament.

However, that was Manchester United’s last outing on home turf in the competition this season, as the remainder of the tournament will now be played out in a new format across four cities in Germany, including Cologne, Duisburg, Düsseldorf and Gelsenkirchen. 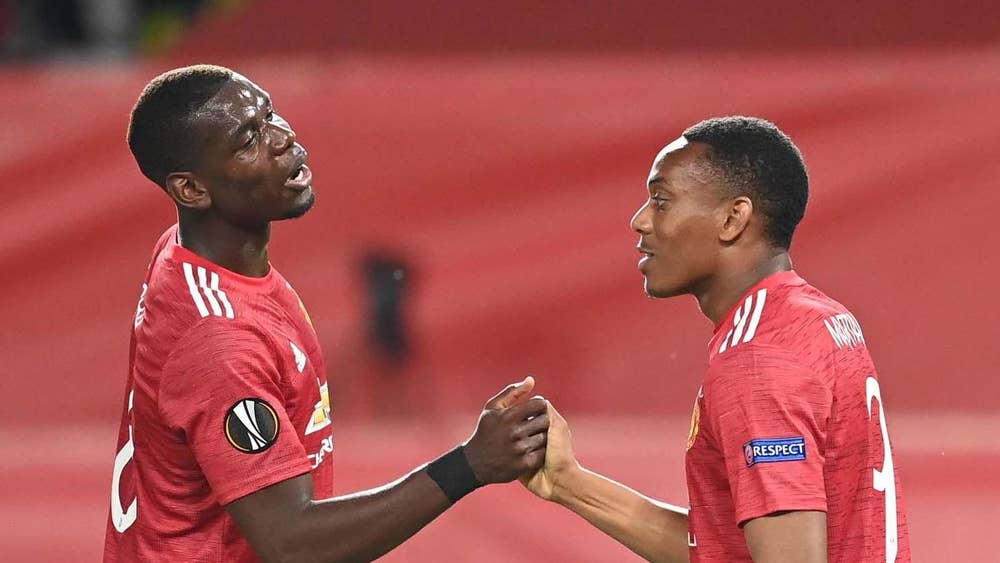 With United’s quarter-final spot all but secured, they will either face FC Copenhagen – who beat İstanbul Başakşehir 3-1 on aggregate – in a one-off fixture, as opposed to standard two-leg ties. They will then face either Olympiacos, Premier League rivals Wolverhampton Wanderers, Roma or Sevilla in the semi-final.

That means United will miss, Shakhtar Donetsk, Frankfurt, Basel, Inter Milan, Glasgow Rangers or Bayer Leverkusen until the final – which will now be hosted at Stadion Köln in Cologne, instead of the original venue, the Gdańsk Stadium in Poland – which will now be the home of next year’s final.

The Red Devils will be confident of their route to the final, with Copenhagen not posing a real threat for Solskjær’s side in the next round. And, whilst their semi-final opponents look more challenging, they’ll be glad to avoid second, and third, favourites Inter Milan and Bayer Leverkusen until the final.

Even though the Premier League season has just finished, Bruno Fernandes, who supplied United with a much needed boost when he arrived from Sporting Lisbon in January, has already set his sights on lifting the Europa League trophy, telling MUTV, the clubs official media outlet, after the comfortable victory over Brandan Rodgers’ Leicester:  “Now our focus is on the Europa League because this is a really good trophy and we want to win.

“I came to Manchester to win trophies. We need to play every game to win. If we go into the Europa League and win every game, we know we’ll win the trophy.”

Given the Red Devils recent form, which includes 14 Premier League games without defeat, you would fancy their chances of winning the tournament!