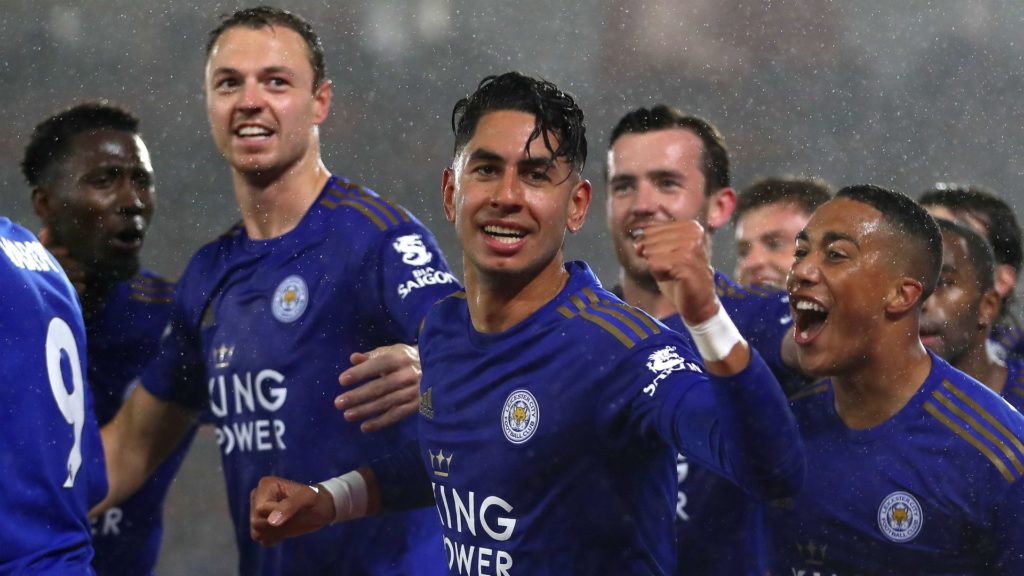 King Power Stadium has witnessed a roller coaster of events over the last few years, from the tragic helicopter crash and death of beloved owner Vichai Srivaddhanaprabha to the miraculous 2015/16 title run under Claudio Ranieri. But between the highs and lows, Leicester have had prolonged bouts in the middle, hovering in a realm of mediocrity.

Brendan Rodgers, after taking the helm in the latter stages of last season, has managed to conjure up a brand of attractive football that has seemingly paid great dividends this season.

His self-labelled “defending forward” style – aggressive team pressing – has proven up to par against the competition. It has been effective at choking the opposition and winning the ball high up the pitch.

Every year since the unbelievable title run, Leicester has lost one of their key players: Kante, Drinkwater, Mahrez, most recently Harry Maguire. Yet there seems to always be someone new to fill in the gap, albeit gradually, that was left from these key departures.

It might be hard to believe that a club that sold their best center back and bought no replacement somehow ended up with an arguably stronger defense, but such is the case with Leicester.

This may be the year we stop looking at Leicester as the 5000 to 1, almost relegated darlings they were in 2015. Similar to four years ago, the Foxes were again given a microscopic chance at winning the league.
Now, with a third of the season complete, Leicester are level with Chelsea in second, ahead of Top 4 regulars Arsenal, Tottenham, and the Manchesters, and have seen their title odds dwindle to +3300 after only 13 matches.

The Foxes currently sit second in the Premier League, a shock to the many who predicted another two-horse race season between Liverpool and City. Their only two losses came to United and Liverpool, the latter only being decided by a 95th minute winner at the hands of Sadio Mane.

Only 13 games in, Rodgers himself said they must be wary of jumping to conclusions too quickly, but this Leicester side look quite capable of challenging for a Champions League spot, considering the misgivings of other challengers, such as Emery’s Arsenal and now-Mourinho’s Tottenham.

This summer, Leicester kept hold of midfielder Youri Tielemans, who had spent part of the past season on loan in England from Monaco. The addition of Ayoze Pérez from Newcastle was intended to divest some of the attacking burden from Jamie Vardy’s shoulders. The Spaniard, who has started 10 games so far, broke his scoring duct during the team’s 9-0 pummeling of Southampton at a rainy St Mary’s in October.

Where Leicester has also excelled has been with the performances of the likes of Maddison, Söyüncü, and Chilwell, who have all started the season at a rapid pace.

Instilled with a refreshing vigor and a renewed sense of euphoria, Leicester has ascended the table under the hand of Rodgers. The reestablishment of connection between players, manager, and fans has undoubtedly altered the dynamic at Leicester, the free-flowing football and positive results surely a helping hand.

Their opponents have struggled to break the sequences of passes that are a result of Rodgers’ possession-based approach, and those that have had encountered more on their plate when exposed to the deadly counterattacking speed of Vardy and co.

Rodgers has a long-term vision that influences his approach game-by-game, but he remains acutely aware of how each individual game evolves and what changes must be made on the fly. No longer will teams underestimate Leicester’s capacity, evident by the respect teams have been giving them when facing off.

A Premier League season is long and surprises are the expected. But it is unlikely that Leicester’s flying start is a fluke, given Rodgers’ acuteness and his team’s will, versatility, and maturity. At his hands, Rodgers has a squad who have embraced his vision.

Five wins on the trot, Leicester show little sign of slowing down, their relentless charge an eyesore for clubs looking to challenge for a top 4 place.

A club with solidified values and a keen eye for transfer bargains, Leicester look likely for success in the years to come. Ranieri will always be commended for his masterful tinkering of his title-winning side, but Rodgers is building a sustainable foundation for Leicester to thrive.