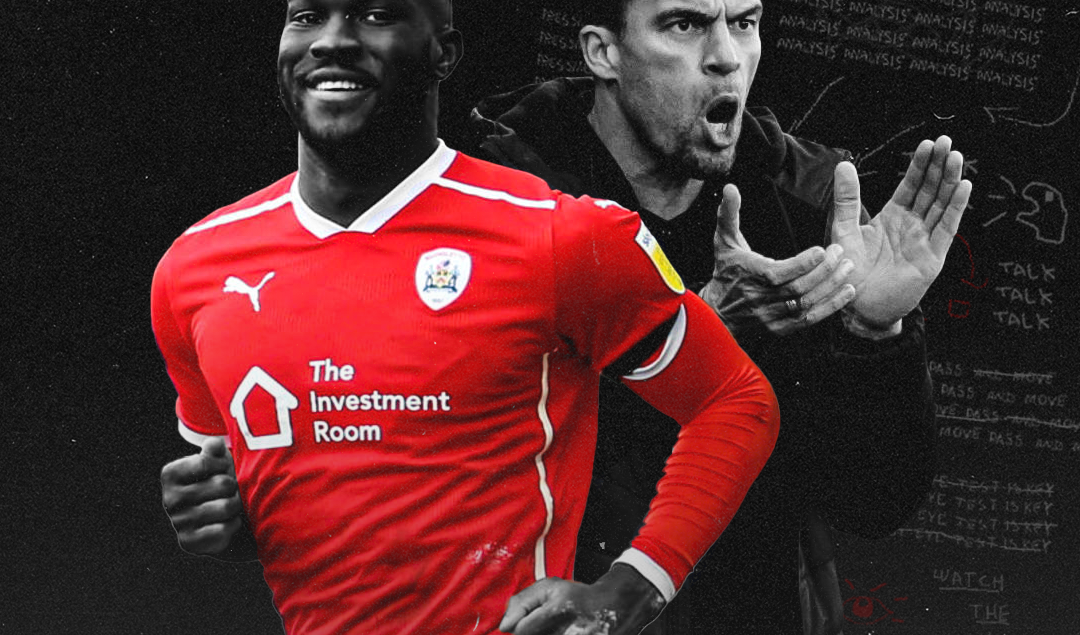 The Championship is a division swamped with clubs hemorrhaging millions of pounds in pursuit of promotion. Derby County and Birmingham City are examples of teams who have loosened their purse strings recently without much success. Neither side has achieved promotion, and both are currently entangled in a relegation scrap. Financial negligence and mismanagement are rife in England’s second tier, so this makes Barnsley’s achievements of late even more impressive, considering they aren’t one of the league’s big spenders.

The South Yorkshire outfit, who only retained their Championship status last season thanks to a dramatic last-day victory over Brentford, are a club that do things the right way. Barnsley are a member of the Pacific Media Group, along with a cluster of other modestly sized European sides, and are part-owned by Moneyball pioneer Billy Beane so, unsurprisingly, place a huge emphasis on data when it comes to the recruitment of both playing and coaching staff.

The Tykes rarely break the bank and often look to offload players before bringing any in. Over the past three seasons, the club has made a total transfer profit of around £3 million. They have bought just three players for over £1 million during that time while selling the likes of Ethan Pinnock and Jacob Brown for far more than they were originally signed for.  Barnsley’s data-driven approach to transfers has allowed them to unearth gems from across Europe, and while this method may be complicated somewhat by new Brexit regulations, they will have no trouble diversifying their recruitment strategy.

Their approach to recruiting managers is equally applaudable. Many Championship clubs suffer from a lack of identity and style, meaning they have a scattergun approach to transfers. Sheffield Wednesday, for example, have appointed five managers over the past two-and-a-half years with conflicting tactical ideologies. This was seen as recently as December when the club sacked the cautious, pragmatic Tony Pulis, replacing him with Darren Moore – someone who has previously spoken of his desire to play a more expansive, attacking brand of football.

BREAKING: We are delighted to announce the appointment of Darren Moore as our new first team manager!#swfc

The squad is a mishmash of players bought by different coaches and this is evident on the pitch; Wednesday are currently languishing in the Championship relegation zone. Conversely, the Barnsley hierarchy have been able to implement a clear philosophy and identity at the club and their recruitment process is therefore a lot more efficient.

Barnsley look to appoint managers with similar philosophies and ideas, making the transition from one to another more comfortable. Their last three permanent managers –  Daniel Stendel, Gerhard Struber and Valérien Ismaël – have all generally looked to implement an aggressive, high pressing style of football, meaning that a complete tactical overhaul isn’t required in the event of a change in coaching staff. Many Championship clubs could do with taking a leaf out of Barnsley’s book; the South Yorkshire outfit truly are a breath of fresh air.

Barnsley have become synonymous with a unique style of football, which isn’t exactly pleasing on the eye, but is effective nonetheless. Ismaël plays to his squad’s strengths and is uncompromising in his tactical approach. Barnsley tend to play long, direct passes up the pitch, gaining territorial advantage and subsequently winning the second balls. They play a high defensive line and aim to push the opposition back into their own half.

The French manager has recognised that his players are technically inferior to their counterparts and has adapted his tactics as such. He makes no apology for his side’s abrasive style, which has not always been popular with opposition players and fans.

Barnsley have a unique style of play to say the least.

His unorthodox system has allowed Barnsley to ruffle the feathers of some Championship heavyweights, taking scalps against Bournemouth, Brentford and Norwich City. They are also able to go toe-to-toe with equally direct teams, such as Middlesbrough and Birmingham City, and, while these games don’t make for a great spectacle, it goes to show that Barnsley’s tactics are transferable to different types of opponents.

Ismaël undoubtedly deserves credit for Barnsley’s uptick in form, but the January signing of Daryl Dike has added a new dimension to the team. The American striker has taken the Championship by storm since his arrival from Orlando City, and is the latest in the long line of smart acquisitions made by The Tykes. Dike, who has experienced a meteoric rise since playing college soccer in 2018, has scored eight goals in his first fourteen Championship games. Barnsley were 12th before he made his deadline day move, they have since pushed into the playoffs and are now five points clear of seventh-placed Reading.

The 20-year-old is often used as Barnsley’s focal point and has become such an important asset to Ismael’s side. Dike is able to use his muscular 6’2″ frame to hold the ball up and bring his teammates into play. Whether he’s laying the ball off or flicking it on, Dike’s physical presence allows Barnsley to win possession in advanced areas. The Tykes play the most long balls in the league, and Dike is involved in twenty aerial duels per game, which shows just how important the American is to Ismael’s system.

A 20-year-old would be forgiven for not knowing how to physically compete against wilier, more experienced players but Dike is able to dominate Championship center-backs like a veteran target man. Many strong, burly youngsters aren’t always able to use their strength to full effect and look raw and unpolished as a result, but Dike is already an incredibly mature and accomplished striker.

Perhaps most importantly, Dike possesses a deadly eye for goal. His conversion rate of 40% is the highest in the league by some distance, and his eight goals come from an Expected Goals (xG) tally of just 4.06. This shows that Dike is making the most of his chances, but is also proof that this amazing run of goal-scoring form isn’t sustainable. Dike won’t continue to score goals at this rate but he has certainly shown how ruthless he can be inside the 18-yard box.

While he is able to interlink play with teammates, Dike does need to work on the technical side of the game. Perhaps he doesn’t get to showcase much dazzling footwork in this direct Barnsley side, but it is clear that his first touch requires some improvement. He often wriggles away from opponents thanks to his sheer size and strength as opposed to showing any trickery or fast feet.

The striker, who made his international debut on January 31 for the United States in a 7-0 thrashing of Trinidad and Tobago, has a bright if unclear, future. It is still unknown where Dike will be playing his club football next season but, after exploding onto the scene like he has, many expect him to have outgrown MLS. A host of elite European clubs have reportedly taken an interest in the 20-year-old and it feels like just a matter of time before he’s playing on a bigger stage.

Born and raised in Oklahoma to Nigerian parents, Dike spent just one season at the University of Virginia before declaring his eligibility for the 2020 MLS SuperDraft, where he was selected fifth overall by Orlando City. Dike provided 8 goals in 17 MLS appearances for Óscar Pareja’s side before joining Barnsley on loan, and he has already matched that tally in just 14 appearances, coming off the bench in 4 of those occasions.

It may be premature to suggest that Dike will be the next great American #9, but he will be given a great opportunity to demonstrate his skills on the global stage this summer, either in the Gold Cup or Nations League, and will be hoping to spearhead this generation of exciting American talent. Orlando are eager to cash in on him after his loan spell expires, with a reported asking price of $20 million being mentioned.

“That’s a $20 million player,” said MLS commissioner Don Garber in a call with reporters on Monday. “That’s a guy that I hope we could even set new records … that go beyond what we achieved with Alphonso Davies. Dike came out of the draft; that draft nobody thinks is as important as it used to be. The best is yet to come for sure, which also goes to show that college soccer is still producing some players.”

Alongside the likes of Callum Styles and Alex Mowatt, Dike is playing a talismanic role for Barnsley, who currently sit 5th in the league with 71 points, behind Brentford (73) and Swansea (72) and slightly ahead of Bournemouth (68) and Reading (66). The Tykes have only spent one season in the English top-flight over the past century, but thanks to Dike, they’re chasing their first Premier League berth since 1997.