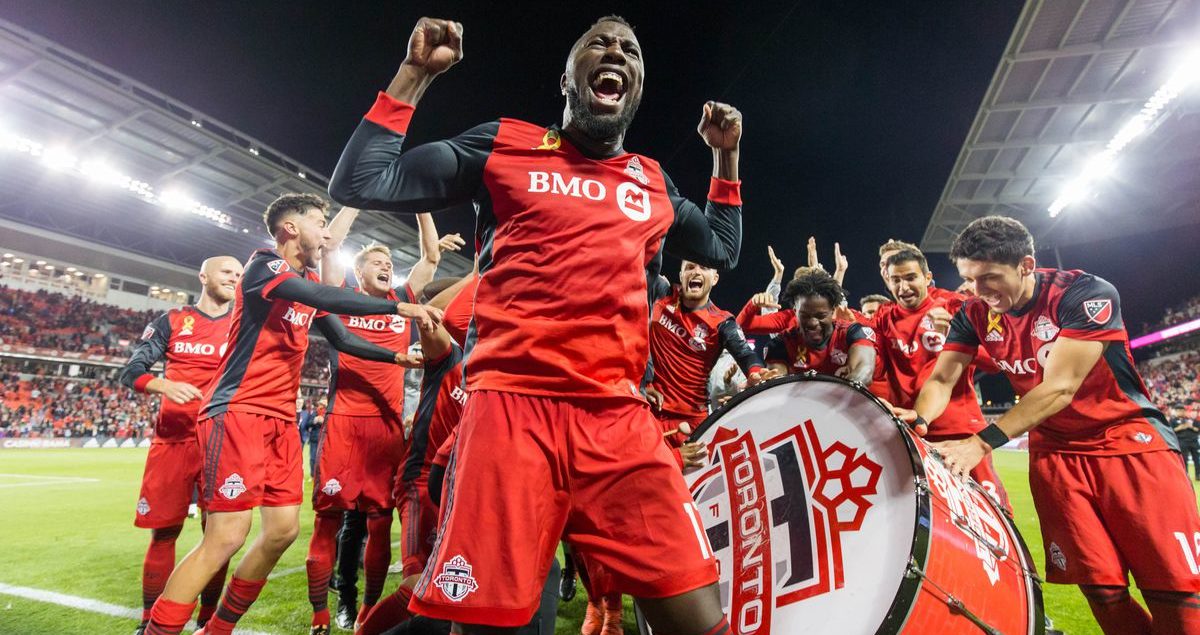 Squad Analysis
Heading into Toronto FC’s home opener of the 2020 season, Reds fans can’t help but wonder what to expect to see this season at BMO Field.
The departures of Sebastian Giovinco and Victor Vazquez were only partially addressed by acquiring Alejandro Pozuelo last year.
TFC general manager Ali Curtis (who squeezed a 2019 MLS Cup run beyond expectations out of his men) has possibly addressed that gap with the addition of Espanyol’s Pablo Piatti.
While in Barcelona, the Argentine attacking midfielder scored 14 goals and provided 19 assists in 95 matches played.
GM Curtis gets his cake, and eats it too this season, since veteran and captain Michael Bradley penned a new contract at BMO thanks to Targeted Allocation Money, which freed up the Designated Player spot (now taken up by Piatti).
In the season opener last weekend in San Jose, Piatti and Bradley’s steadiness might have helped the Reds secure all three points, which vanished as the Earthquakes rallied from a 2-0 deficit to tie the match at the 93rd minute.
Toronto will have to wait some time for both players to feature in 2020, as Piatti is returning from a muscle injury and Bradley from surgery that won’t see him return until May.
In defense, arguably one of the problem spots for Toronto last season, the Reds looked to their youth system in bringing up lanky Rocco Romeo who will backfill for Omar Gonzalez (arguably TFC’s best centre-back) and Chris Mavinga. This will be a department that Reds fans will have to keep an eye on in 2020.
Up top, besides the aforementioned Piatti, TFC will rely on the well-oiled rapport between Alejandro Pozuelo and Jozy Altidore, the latter of which is hopeful that he has put last year’s injury woes behind him. TFC coach Greg Vanney will be looking to rotate newcomers Ife Achara and teenaged Jayden Nelson in-game.
Once Bradley returns, TFC’s midfield should be one of the most stable in the league. Until then, the likes of Jonathan Osorio and Marky Delgado will have big shoes to fill.
This season should see Canadian full back Ritchie Laryea repeat his laudable first season in Toronto. Always a threat on the right flank, Laryea has provided crosses that often turn into assists, and in the 2020 season opener, a goal.
Canadian national team coach John Herdman will be looking for great things out of Laryea as he considers his starter at full back for Canada’s push to the 2022 World Cup in Qatar.
By: Rocco Fasano
Photo: Kevin Sousa / USA TODAY SPORTS
Share:
TwitterFacebookEmailLinkedIn